Supplying power to Raspberry Pi is one of the main issues while creating projects as there are quite fewer potential fixes for that. This is because Raspberry Pi requires the exact amount of voltage and current continuously to operate at full potential.

One of the potential solutions for powering up the Pi is using the Ethernet cable that would not only give the Pi internet access but also will supply it with an adequate amount of power. So, if you are playing to power up Raspberry Pi using PoE then go through this guide thoroughly as it will explain how to use PoE with Raspberry Pi.

What Is Power over Ethernet (PoE)?

Before jumping to the process of using the PoE method one should know what this method is and how it works. So, PoE is a way to power your device using the same ethernet cable you are using for internet access, but the cable is of category 5 or 6.

To power up the Pi using the ethernet cable you will be needing a PoE+HAT that is a sort of shield that comes with the fan. Just place the PoE+HAT module on the Pi and plug in the ethernet cable, while using the PoE+HAT you will be needing a PoE injector. So, go through the steps one by one to power your Raspberry Pi using PoE:

Step 1: Connect your PoE injector with the supply mains using the power cord and do not turn on the switch, to check out deals on the PoE injector click here.

Step 3: After that fix the PoE+HAT on your Raspberry Pi using the screws provided with the board, there are different manufactures that provide PoE+HAT but it is recommended to use the PoE+HAT made by Raspberry Pi foundation and for buying it click here. 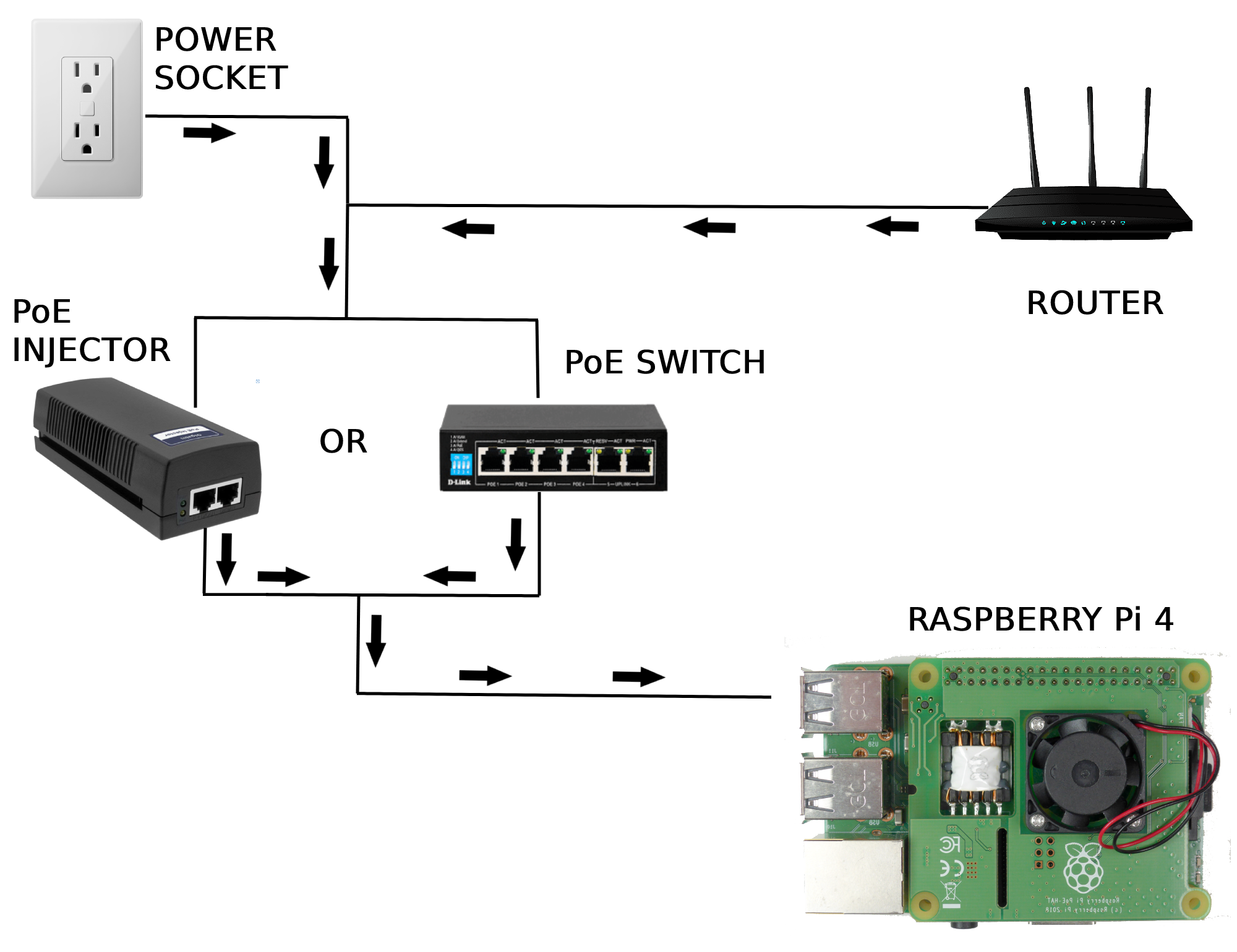 The only difference in the process of using a PoE splitter is that it separates the power coming through the ethernet cable, the rest is the same. In this method the Type-C USB port of Raspberry Pi is used to power it up, this depends upon the usability or purpose for which Pi is being used, to check out deals on the PoE injector click here. 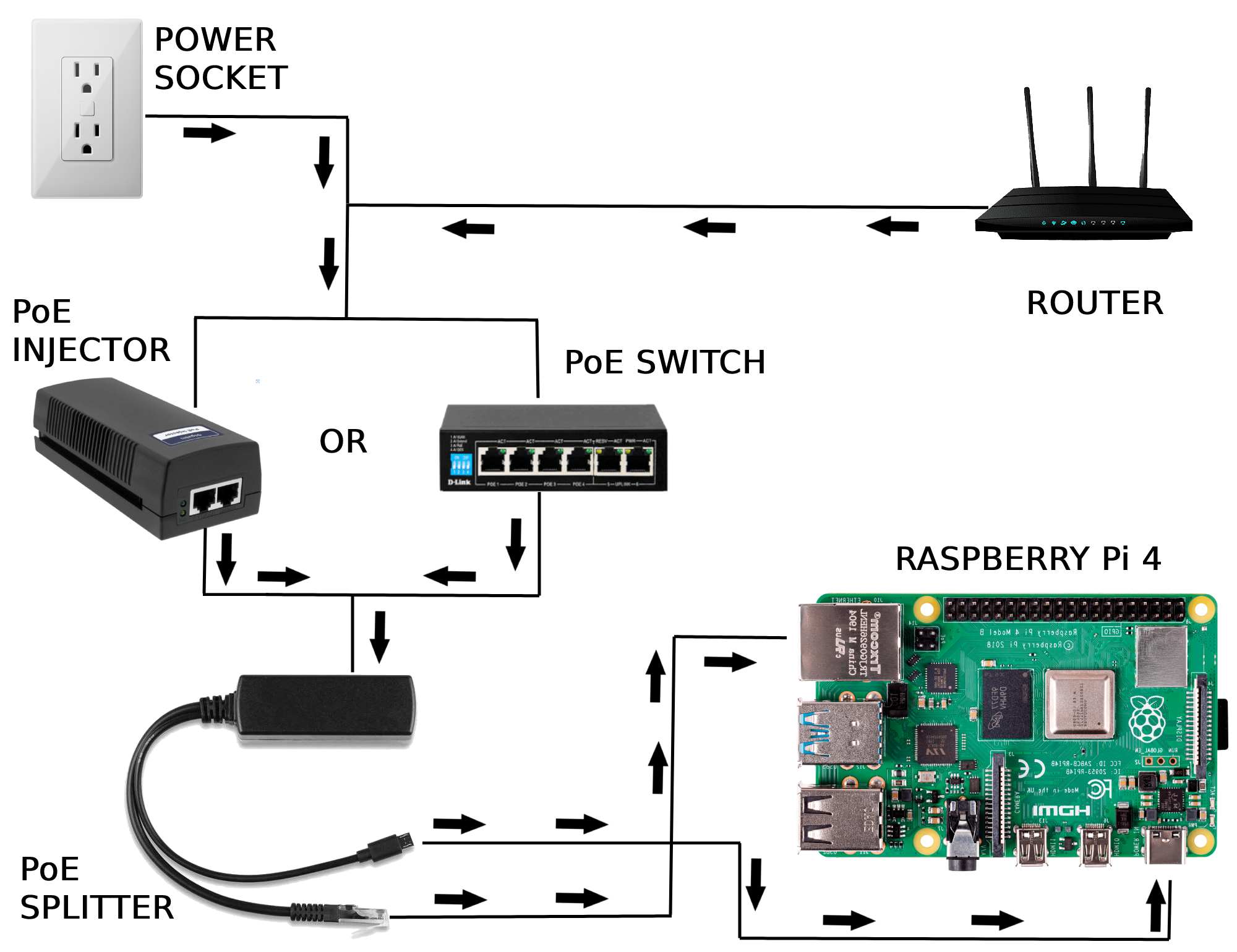 While using Raspberry Pi one of the main issues faced by the users is the power management as the required amount of power can vary because it mainly depends upon the peripherals attached with the Pi.

Using the PoE method for powering the Pi can be a potential solution in two situations: first when the power supply is available at quite a distance or is inaccessible and second if more power is required due to several peripherals attached with Pi. There are two ways of using PoE for Raspberry Pi one is by using the PoE+HAT and the other is by using the PoE splitter.