Ubuntu lies in the top distributions of Linux because of its functionalities and user-friendly behavior. This distribution of Linux supports all the tools and offers the features that any other famous operating system does have, some packages and tools come with built in support, but other useful tools can be downloaded and installed from the Ubuntu repository. For instance, the DVD playing support in Ubuntu is not available by default; however, you can get the required library for playing DVD. Although Ubuntu comes with a lot of extra tool support by getting the Ubuntu Restricted Extras, it may not allow you to play the DVD on your system.  In this article, we have demonstrated the method that enables the users to play DVD in Ubuntu:

To enable the DVD playing mode in Ubuntu, follow the below mentioned instructions carefully.

So, let’s start this informative guide:

Firstly, update the system by using the command below to get the newest available versions of packages:

After executing the above command, now you have two ways to get the libdvd packages:

One is by adding the libdvd package and configuring it to get the latest version:

And the second way is to manually specify the package version, we will demonstrate both ways/methods:

Method 1: How to install and configure libdvd-pkg

This method refers to the first way that we have mentioned above, so, to install the libdvd package execute the below-mentioned command in Ubuntu terminal: 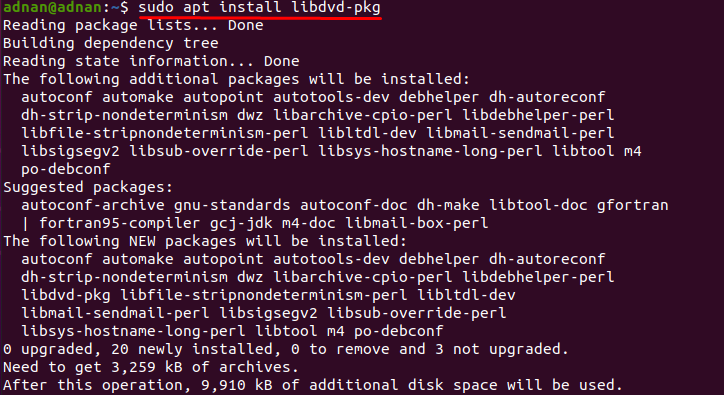 Once you execute the above command, it will ask you to configure the package and will display the command for configuring the libdvd-pkg: 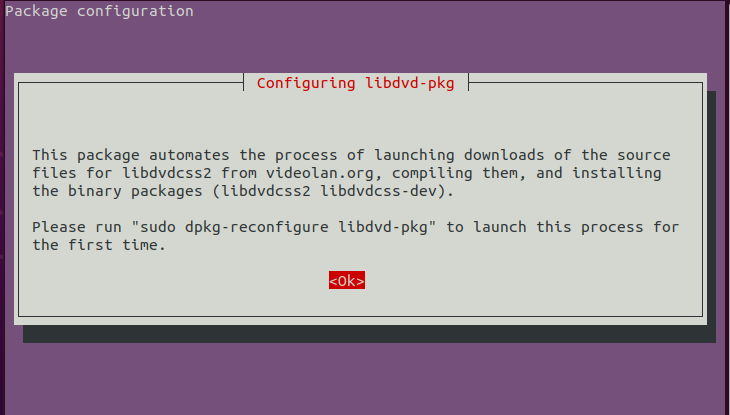 Afterwards it will ask to add auto upgrade of the lib packages: 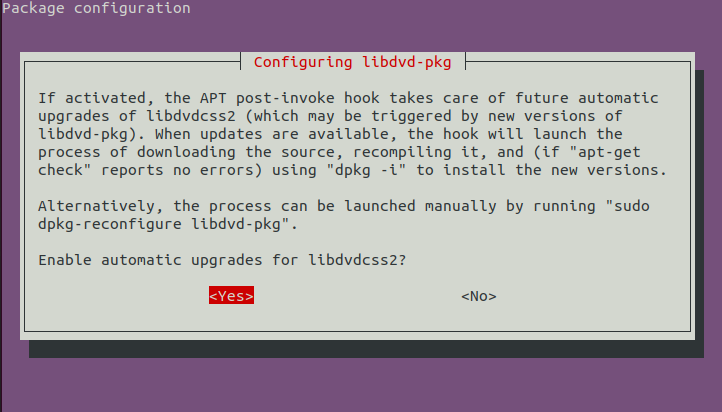 The command used to configure the package is written below:

Once you have executed the above commands, you must restart your system to complete the process, you can use the following command to do so;

Method 2: How to manually add the libdvdread package in Ubuntu

If the above method does not work, try to add the specific version of libdvd packages to read the playable content of DVD: 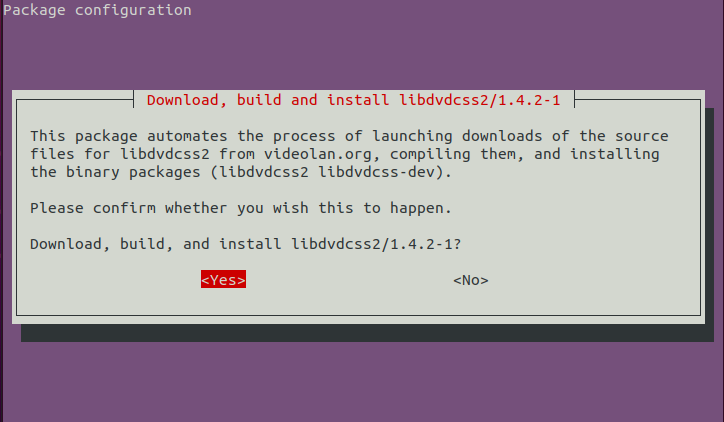 One you have executed the above command, that means you have accessed the reading packages of DVD in Ubuntu, but it is not enabled yet; so, for that purpose, execute the following command to install and enable the reading DVD feature:

The above two commands are the core of reading and getting the things done for playing the DVD content: however, you will not be able to use these features until unless you have a movie player installed on your Ubuntu OS. for this purpose, you can install any player that must allow you to watch DVD videos. By following the command given below you can install VLC player that is very common among the computer users:

After completing the above-mentioned processes, it is suggested to reboot your system to successfully accommodate the changes; you can use the following command to restart your Ubuntu system with super user privileges:

Additionally, if you do not have the movie player for your ubuntu, the below-mentioned command will enable you to get the VLC player that can be used to

Ubuntu is a famous and widely used distribution of Linux, it supports and allows you to run the programs that are supported by any other famous Operating System like MS-Windows and macOS. The DVD play feature of Ubuntu can become a hurdle in fulfilling the customers satisfaction, as Ubuntu does not come with this feature by default. In this demonstration, we have stated the possible ways to get the DVD reading and playing feature by using the command line of Ubuntu. It is recommended that you should have any movie player installed on your Ubuntu system to play the DVD. We have also provided the installation of a widely used movie player to complete the requirement of play DVD in Ubuntu.