This post will explore the below-listed aspects of the PowerShell pipeline:

What is a PowerShell Pipeline?

The below code snippet will assist you with a basic understanding of PowerShell Pipeline:

In this way, we can specify as many cmdlets as needed, and the pipeline operator “|” will Join every single cmdlet with other cmdlets.

How Pipeline Operator Works in PowerShell

In this section we will explain the working of pipeline operators with the help of some examples.

Stop a process using pipeline in PowerShell
Let’s run the Get-process cmdlet to see the list of processes running on our machine: 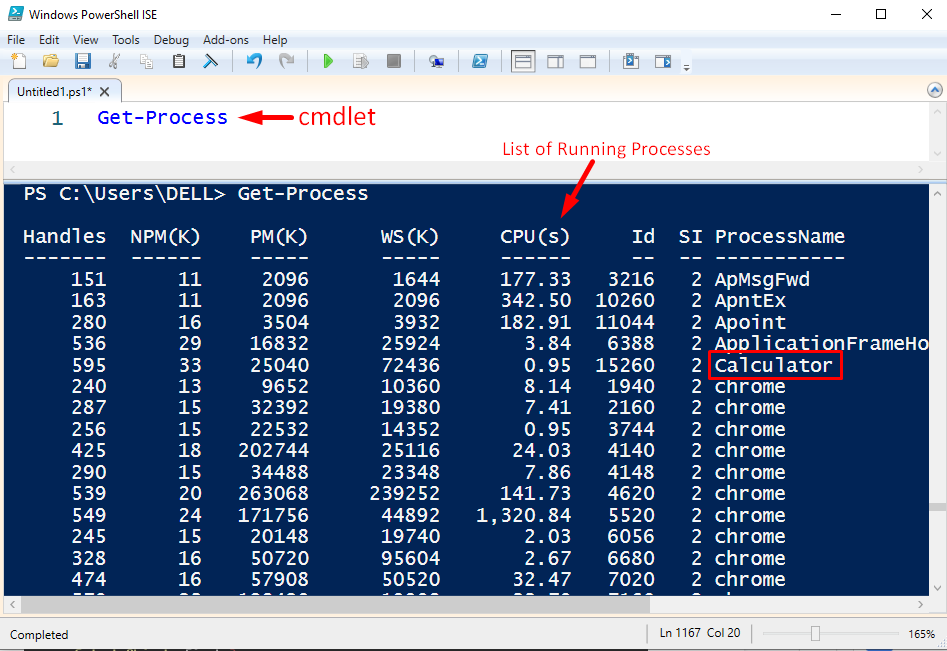 Let’s say we want to stop the “Calculator” process using the pipeline operator. To do that, we will run the below-given command in PowerShell:

Here, in this example program, firstly, the Get-process cmdlet will get the program named “Calculator” and assign the resultant output to the Stop-process cmdlet as input using pipeline operator:

From the above snippet, we observed that the cursor moved to the next line without showing any error, it verifies that the specified process has been stopped. We can also verify it from the list of running processes: 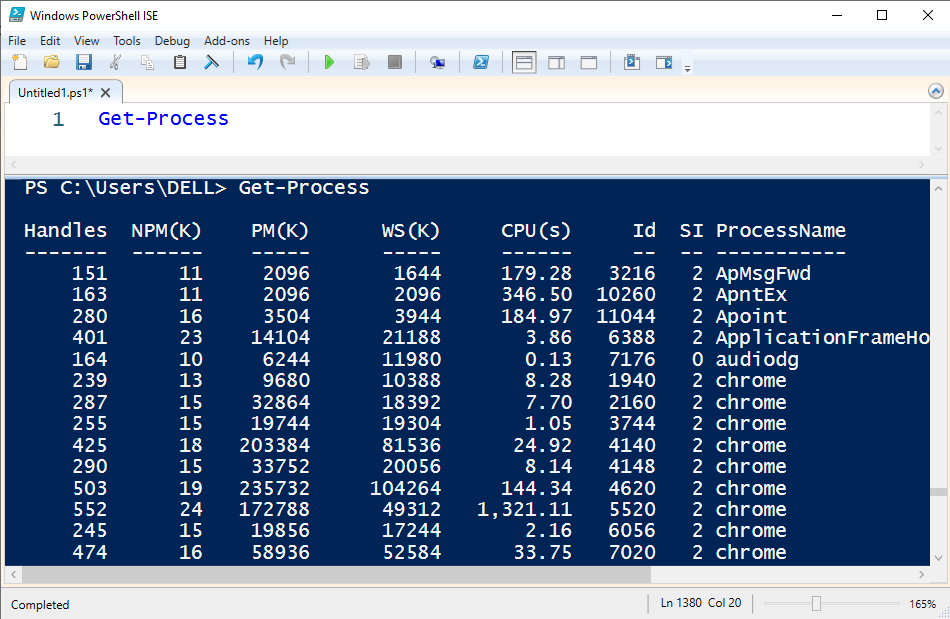 The above snippet verified that the “Calculator” process is not in the list of running processes.

Show the last three processes that are consuming CPU Cycles
The below example program will utilize multiple pipeline operators:

The above-snippet verified the working of the pipe operator in PowerShell.

This time we utilized “-First 3” instead of “-Last 3”, as a result, we will get the list of top three processes that are consuming CPU cycles:

This is how the pipeline operator works in PowerShell.