Java is an object-oriented language that offers various predefined packages, classes, and methods for performing different tasks. While writing a Java program, you may need to open a file and perform some related operations. Don’t know how to do that? Using the built-in Java classes, you can open files without any hassle.

This guide will teach the method of opening a file in Java. So, let’s start!

In Java, you can utilize any of the given classes in your program for opening a file:

Here, we will discuss the top three most utilized Java classes for opening a file.

The java.util package contains the Scanner class. The constructor of the Java Scanner class enables you to open and read the file’s content by taking a file as an argument. The Scanner class also provides various methods for reading data from a file, such as the nextLine() method.

Example
In this example, we will use the Java Scanner class to open and read the content of the java11.txt file. To do so, import the java.util.Scanner class and follow the given instructions:

If the particular file does not exist, catch block will throw FileNotFoundException: 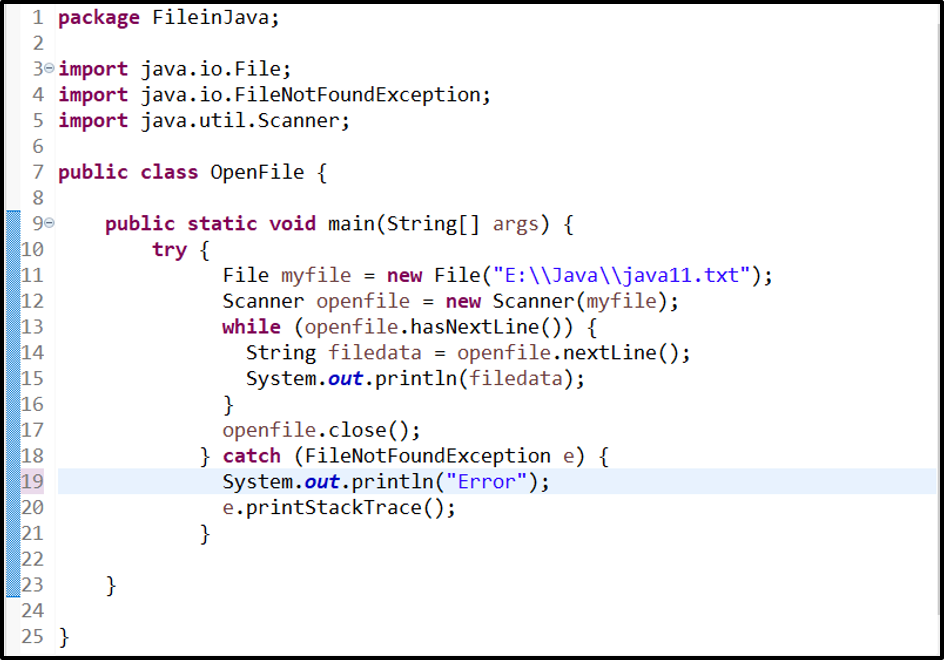 The given output indicates that we have successfully read the content of our java11.txt file:

Now, let’s head toward the other method for opening a file in a Java program.

FileInputStream is another Java class that can be utilized for opening and reading a file in Java. Similar to the Scanner class constructor, the constructor of the FileInputStream class also accepts the file as an argument. However, it reads the file in the form of bytes.

Example
The below example will show the method to open a file using FileInputStream class. Here is the list of steps that we have followed:

The catch block will throw an Exception if the file does not exist: 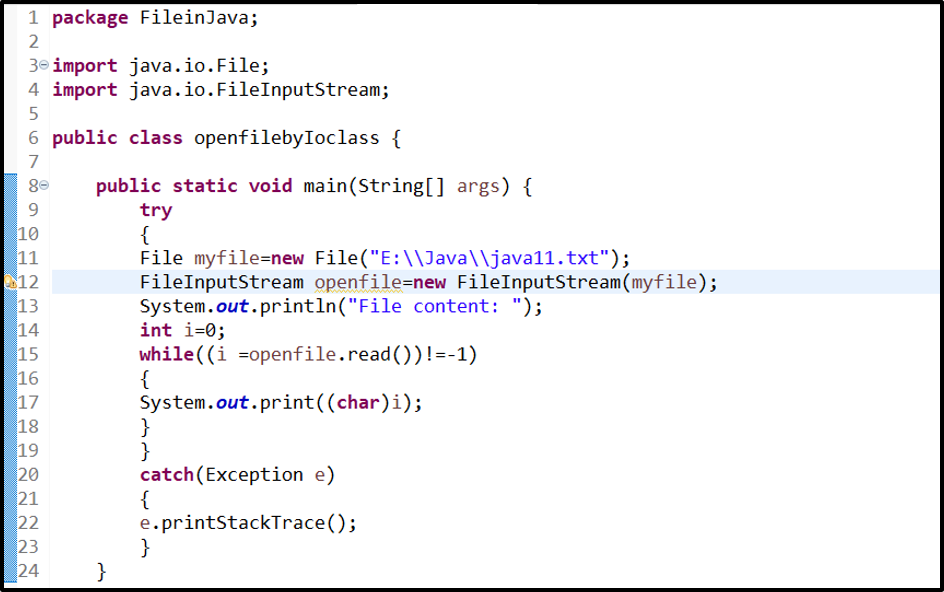 The BufferedReader class belongs to the java.io package. Its constructor can be utilized for opening and reading the text with the help of a character input stream.

Example
Have a look at the below-given example to open a file in a Java program with the help of Buffered Reader class:

Lastly, add a catch block that throws an Exception if the file does not exist: 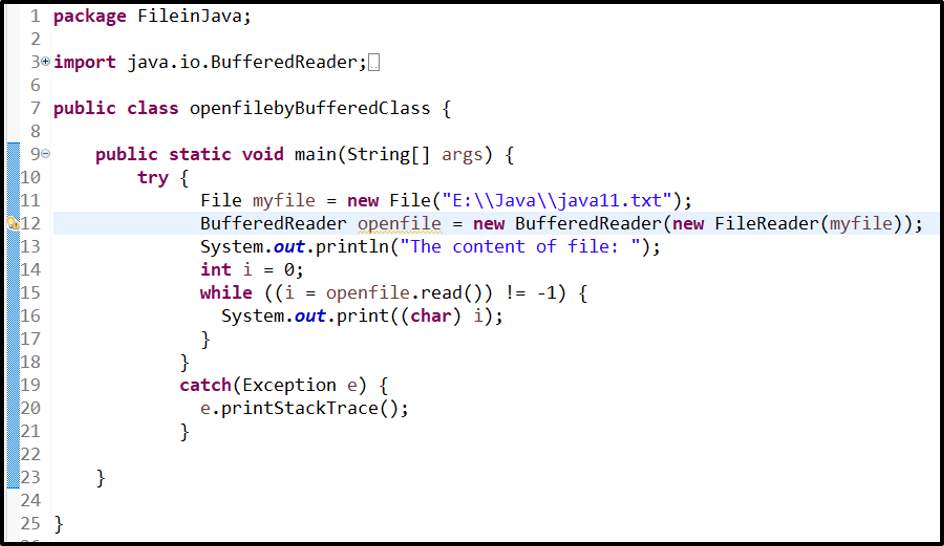 We have given all the important information related to opening a file in Java.

To open and read a file in Java, we have predefined packages, methods, and classes, including the Scanner class, FileInputStream Class, and BufferedReader class. The Scanner class offers different methods to read data while the FileInputStream Class reads data in the form of bytes and the BufferedReader Class reads in the form of buffering-character input streams. This guide discussed the procedure related to opening a file in Java.