If you are new to the virtual reality world and looking for a VR headset without having enough budget to buy a tethered/PC-based expensive headset, then Oculus Quest 2 is the best choice for you. Oculus quest provides everything that a user needs. This headset allows you to enter the virtual world of gaming, and you can even watch 360 movies.

Oculus Quest 2 is the top-listed head-mounted device(HMD). It is a lightweight and comfy headset that doesn’t cause any scars on the face even if you have used it for a long time. Tough It becomes sweaty if you play it for two or more than two hours. There is a glasses spacer also, which is quite handy for users with glasses. They can insert a glasses spacer in the headset and make space for the glasses.

Oculus Quest 2 has integrated IPD (Inter-pupillary Distance) adjustments with three different settings, from which individuals can adjust their lens orientation by sliding them for more comfortable visualization.

The specifications of the Oculus Quest 2 are mentioned here. It has a fast-switch LCD, with a refresh rate of 90Hz and resolution is 1832×1920 pixels per eye. The processor used in this device is Qualcomm Snapdragon XR2 with 6GB RAM. The operating system is android based. You can download apps, games, and movies from the Oculus store. It has Wi-Fi, a headphone jack, USB Type-C, an audio sound system, and a microphone. Headset dimensions are 191.5x102x142.5mm and weigh only 503 grams. The controller’s dimensions are 90x120mm. And it weighs 126 grams without a battery.

The team Oculus at Facebook has observed many flaws throughout the years about VR controllers. That is the reason the 3rd generation Oculus haptic controllers for Oculus Quest 2 are much better than anyone might have expected. It is very easy to hold, the more extensive division between the knobs at the top, and upgraded trigger knobs for comfortable usage. If you are familiar with the use of 1st and 2nd generation Oculus Quest haptic controllers, then you will quickly perceive this new 3rd generation haptic controller. It has a better battery life span compared to the previous controllers. The buttons and joystick present at the top of the controller now have additional cushioning. It also has committed thumb rest for the games in which you don’t need to press the buttons frequently. In the latest controllers, the Home and Menu buttons are far away now, so you cannot press them accidentally while playing games.
Besides, the handles are somewhat bigger and include a more powerful battery chamber that will not slip off easily. Until now, the Oculus Quest 2 controllers utilized a single AA battery to energize each controller. Although using AA batteries in 2020 appears somewhat awkward.
The battery life of Oculus Quest 2 controllers has been increased four times in contrast to the battery life of Oculus Quest 1 controllers. That is extraordinary, specifically when you use rechargeable batteries. 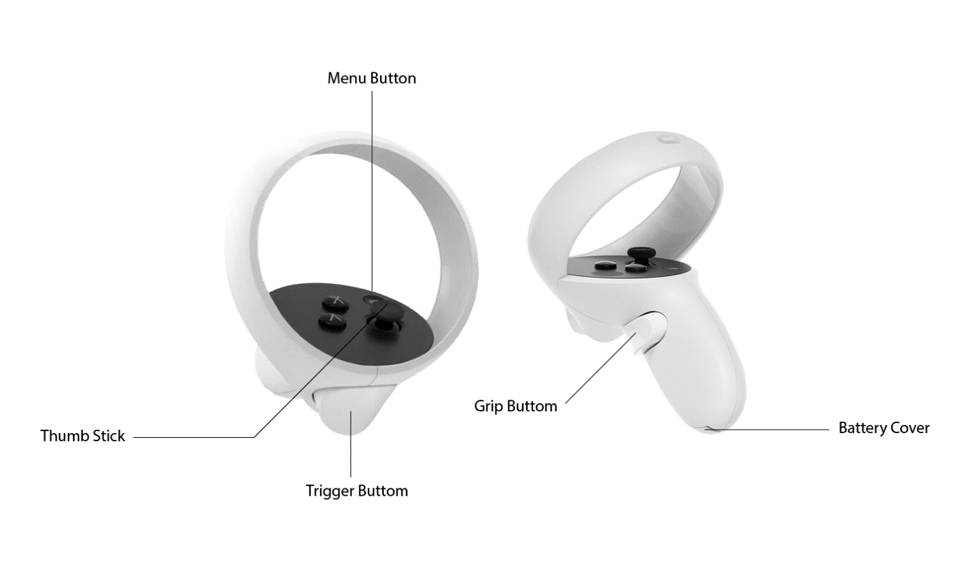 Finally, yet importantly, the latest haptic machinery is introduced in these controllers. Upgraded haptic feedback means a more sensible thunder that can mimic true situations, for instance, hitting two balls together, knocking at the door with your fingers, etc. Upgraded and improved haptic feedback provides developers several ways to simulate a computer-generated environment to feel like a genuine environment, and that is something fantastic.

The Oculus Quest 2 has a screen with 50 percent better resolution than the previous Oculus Quest. It has an IPS LCD display with a resolution of 1832×1920 pixels per eye. That adds up to almost 4K resolution when consolidated. High-resolution power and greater processing speed ensure that designers have made better graphics for the games in Oculus Quest 2.

The storage capacity of Oculus Quest 2 is up to 256GB, which means it can have space for heavy games. But if you are a hobbyist, then 64 Gigs of space is enough for you because most of the games are not more than 4 GBs.

Oculus Quest 2 has six degrees of freedom (6DoF) of head movement and hand tracking as well. The addition of hand tracking is impressive since you don’t have to use controllers to play games. Oculus store is now offering a number of games that permit you to use the hand tracking feature.

One of the prominent features of Oculus Quest 2 is the addition of Oculus Link. Oculus Quest 2 can be connected with a PC and behave like a tethered headset. You can play almost all games available for PC as well.

Oculus Link is an optical cable, but you need a powerful PC to connect and enjoy VR games on your PC. 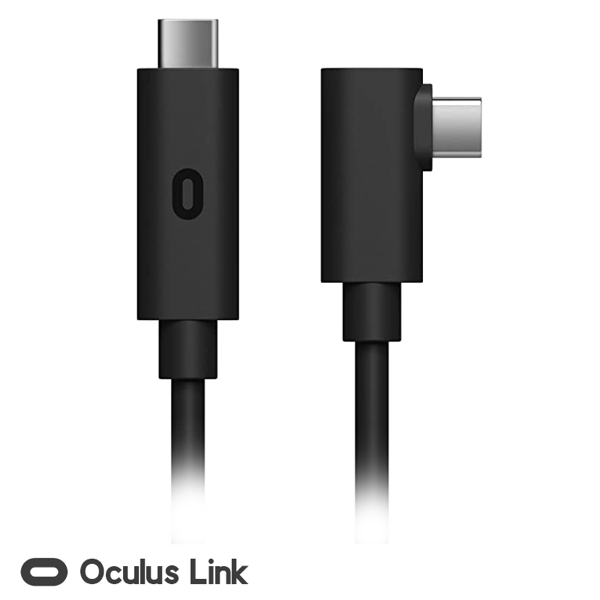 Oculus Quest 2 headset is the most fantastic, all in one VR headset; it guarantees a better VR headset than any other. No complexity and wireless experience have given the users a mind-blowing experience. It provides relaxation and flexibility to the people. It can also be connected with the computers via Oculus Link. These all features are present in a single headset, which makes it extraordinary. It shows that developers have worked hard to make this headset, as it is much better than the previous ones. This is what VR needs at this moment.