Being a developer, the scariest thing is curation from a publishing platform. Curation is a process of analyzing the software and making a decision on whether the application is satisfying all the merits and policy guidelines to be published on the official store.

Oculus has a similar curation system and is considered to be a little strict like PlayStation and Xbox. The reason behind such a strict process is to ensure that the players get valuable content. Many applications got rejected during this process, so what is the best way?

One of the approaches is to test the application on Quest devices before sending it for curation. And if you have been a Quest user, then you might be aware of an app called “SideQuest”.

The focus of this post is to discuss Oculus’s new application called “App Lab”, but to understand it we must acknowledge “SideQuest” which is pretty much doing the same job that “App Lab” would do. So, let’s dig into what “SideQuest” is!

SideQuest is a platform where developers publish their VR games and experiences. These publications can be played on your headset all you need is to enable the developer mode of the headset and “SideQuest” app for your PC.

What is App Lab?

It was launched and acknowledged by Oculus in February 2021, so do not expect much content on it yet. Before “App Lap”, sideloading was the only method to get non-store content on your headset. But that does not mean that the “App Lab” is replacing “SideQuest”. Instead Facebook and SideQuest worked together to link “SideQuest” content with “App Lab”.

Because of being official, there are still some checks to be conquered to get your application on App Lab. However, this curation is not as strict as the store curation.

How to Install App Lab Applications?

The process of getting an “App Lab” game or experience is pretty much similar to “SideQuest” but simpler. For side-loading, you must require developer mode to be enabled but for “App Lab”, it is not mandatory.

There is no particular listing of “App Lab” content like an official store, but developers can create an “App Lab” URL and promote it the way they want. Facebook has also worked with SideQuest to add the “App Lab” category to promote “App Lab” content. This signifies that the “SideQuest” is still the best place for non-store content. 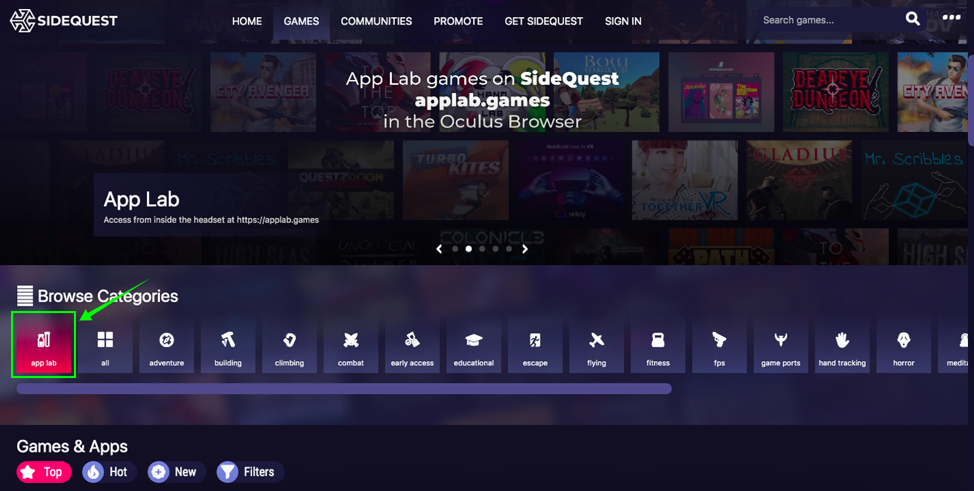 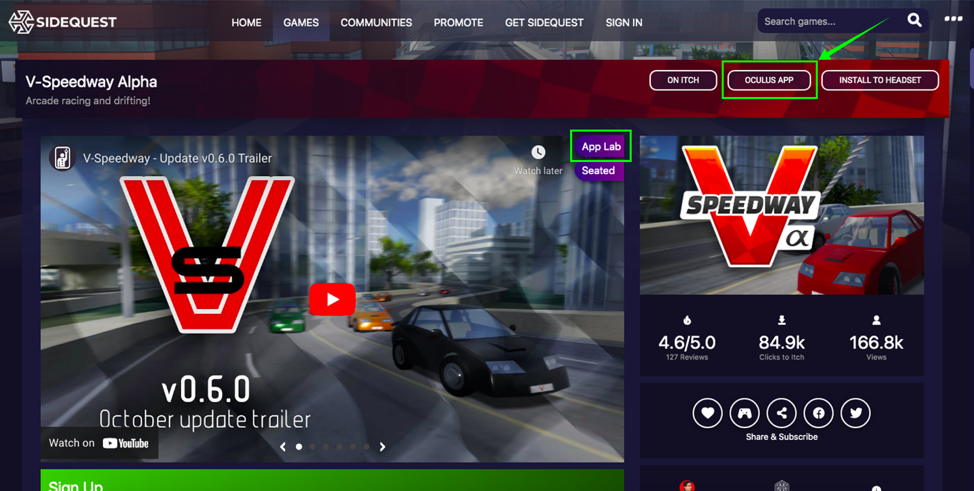 Then you will see a button of “OCULUS APP” click on it, another URL will open that will navigate you to the Oculus Store. A message will pop up just like the illustration below: 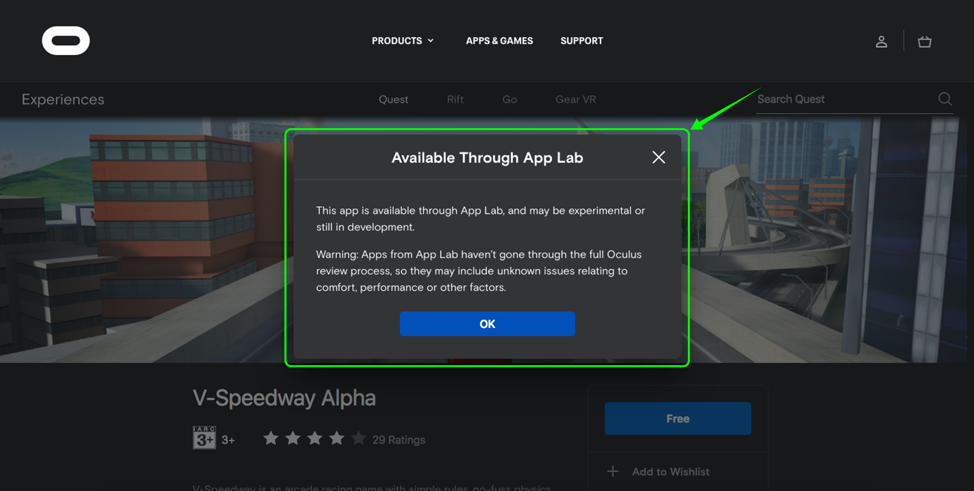 Click “OK” then install the game as you normally install on your Oculus headset.

The “App Lab” initiative is interesting and encouraging for young virtual reality developers. They are getting an official platform to promote their content without dealing with the strict curation by the officials. In this post, we disused “App Lab” and its connections with “SideQuest” and how to install “App Lab” content on your VR headset. The “App Lab” is an experimental stage for the new apps so expect pre-releases and average content.