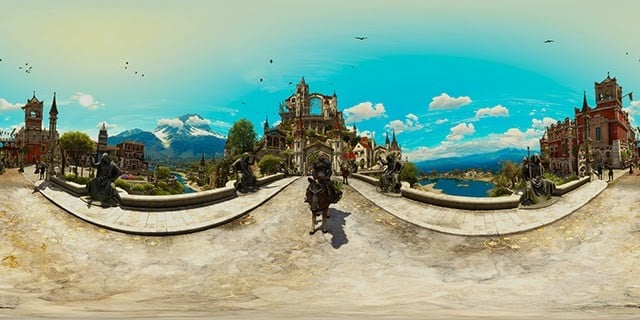 Ever wanted to capture your best gaming moments but your screenshot tool always fails you? Capturing that specific frame thrown out by your GPU takes precision, timing, and a lot of luck for you to take a snap of that perfect moment. Nvidia understands every gamer need to share their best gaming experience. To transcend the limitations of traditional screenshot tools, they’ve developed Ansel. This no-ordinary in-game engine lets you take professional-grade in-game photos that are packed with no-ordinary screen capture features. Ansel is included in the GeForce Experience suite developed for capturing exceptional in-game screenshots. It lets you reposition the camera to take a snap of the best angle with utmost precision so you can boast of your winning moments on social media or simply for your own keepsake (though this really will just put the tool to waste) reminisce your precious moments in the future. Here are the awesome features of Ansel proving that this is not your run-of-the-mill screen capture tool.

You’re in control of Ansel’s free camera, which allows you to freeze time to capture that perfect angle and widen your field of view to include all things captivating in your shot. Use the camera as you like, take shots from various perspectives, and adjust images before taking a snap.

Whether you want your photos to have a more dramatic feel or you simply want to enhance them to suit your current mood, Ansel includes a host of filters that you can layer on top of the original photo. Suppose no filter suits your taste for a particular photo. In that case, you can also manually adjust the brightness, contrast, color, and other settings to boost the image quality to your heart’s desire.

EXR files are very versatile raster image files developed by Industrial Light and Magic. Ansel lets you save your snaps as raw images through EXR, which are then stored in OpenEXR format. You can apply post-process filters for enhancements or adjust the settings however you want to create your best version of the images. Later on, you can edit the raw images using photo editing programs that support this format.

Elevate your Virtual Reality experience with Ansel’s 360, a feature that captures images viewable in 360 degrees. Impress your fellow gamers by taking a snap of that 360 experience as a photosphere or view it using your preferred desktop VR viewer or from a web browser, online apps that support 360 views of images like Facebook and Google, or NVidia’s VR Viewer for Google cardboard support.

Perhaps Ansel’s most innovative feature is the Super Resolution, capturing the minutest of details with Gigapixel screenshots. Take photos with the sharpest details with Ansel’s highest resolution of 63,360 x 35,640 pixels. Cropping your photos won’t affect the quality; if it will, it will barely be noticeable. Super Resolution lets you capture quality images that you can print as posters and use as wall prints or high-quality wallpapers.

How to Use Ansel 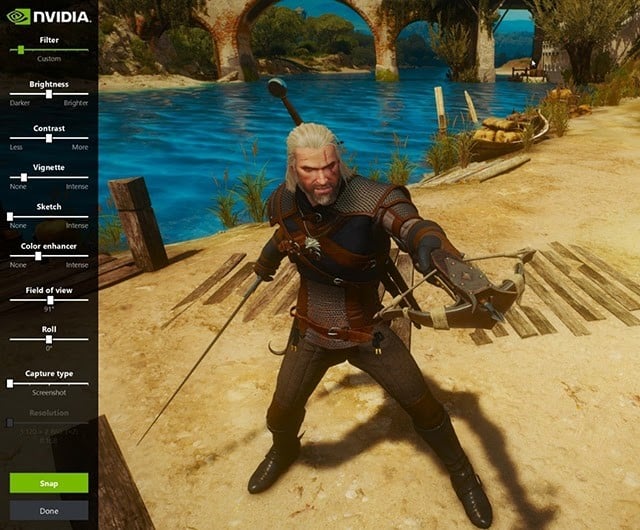 After discussing Ansel’s features, you probably want to get your hands on it at this instant. The next question is, how can you get started with it? Ansel is an awesome screen-capture tool, but understandably, it is exclusive to Nvidia Graphics cards only. Also, not all NVidia graphics cards can support Ansel. As of this writing, graphics cards from RTX 2080 Ti to the GTX 600 series and higher can run Ansel. Likewise, not all games are compatible with Ansel. Here’s the current list of Ansel’s supported games. If your graphics card and your favourite games are supported, the last thing you would need is the GeForce Experience software package which you can download from Nvidia’s website.

Once you have all the prerequisites, you can start playing Ansel-compatible games, and you can launch Ansel anytime during the game by pressing Alt+F2. Once you launch Ansel, you will see the menu on the left side of the screen with all the options for fine-tuning your screen captures. On the menu, you will find the different filters available with sliders that let you adjust the intensity of the filters. You can also play with the different photo settings available such as brightness, contrast, and vignette from the menu.

On the Camera & Capture section, you can find Field of View and Roll, which let you change the coverage of the image. You can widen the field of view for greater coverage using Field of View or rotate the image using Roll to include only the details you need.

Ansel yet again surpasses traditional screenshot’s limitations by offering a variety of screenshot types for a more dramatic effect. Here are the different types of screenshots you can apply to your photos under Capture Types.

Screenshot – is just like any traditional screen capture tool capturing the frame in its native resolution.

EXR – captures an image in its raw form and is exported as an OpenEXR format.

Super Resolution – Ansel’s standout feature lets you capture images up to a resolution of 63360×35640, 33x that of full HDR. One caveat of this feature is the longer processing time compared to other screenshot types, but the superb image quality is definitely well worth the wait, eliminating blurs in any type of adjustments you will apply later on.

360 – optimized for VR is a screenshot that’s viewable in 360 degrees.

360 Stereo – is a fusion of 360 and Stereo screenshots. This type of screenshot gives you views from all angles in 3D, giving you a more immersive feel when viewed on Google Cardboard, on a desktop VR viewer, or in a VR headset.

When you’ve finalized all the settings, click Snap at the bottom of the menu to capture the image. Ansel images are saved in the ‘Videos’ directory by default, in a folder named after the game you used Ansel in, but you can change the default location by launching NvCameraConfigurator.exe from Program Files/NVIDIA corporation/Tools/Ansel. Alternatively, you can access all Ansel images from the GeForce Experience overlay, which can be launched by pressing Alt+Z. When you’re done snapping photos, you can close Ansel by pressing Alt+F2 again.

Edit your in-game photos like a pro with Nvidia Ansel. Ansel can bring out your editing prowess with a plethora of options for enhancing your photos and different capture types available. You’ll be surprised with the phenomenal images you can produce out of it; you can proudly share them on social media or downsample the images for prints.