Notepad++ is very popular among developers because it is lightweight, takes less CPU power, and perform robustly. Apart from that, it supports extensions and plugins that ultimately enhance its functionality.

Notepad++ is a Windows exclusive application and not available for Linux. But there is an approach that helps in getting it installed on Linux devices.

As discussed that Notepad++ is Windows exclusive application; therefore, we need “Wine” to make it work. Wine is a utility that adds functionality to Linux distributions to run Windows applications and even games.

Once the installation of “Wine” is done, time to download and install Notepad++. 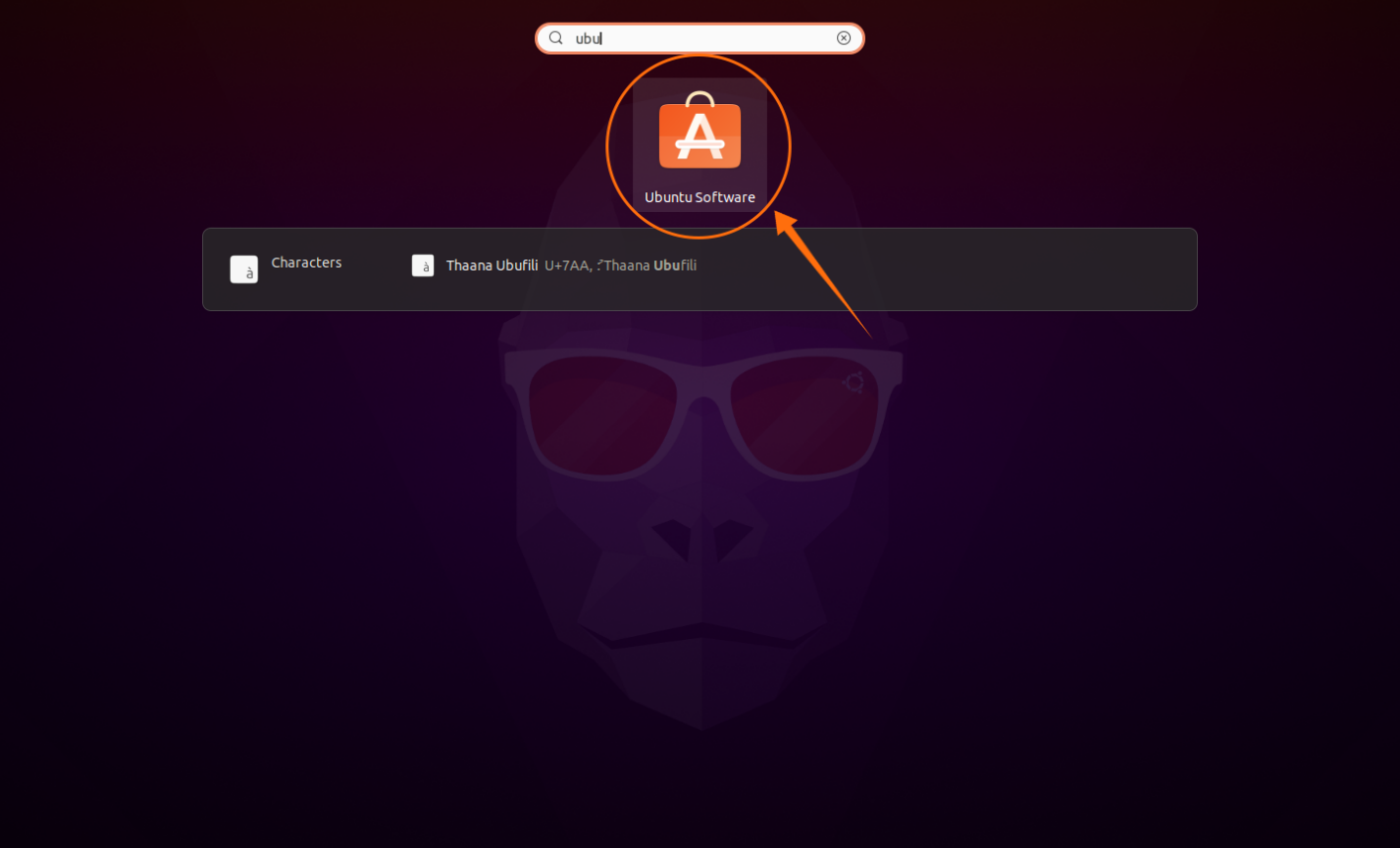 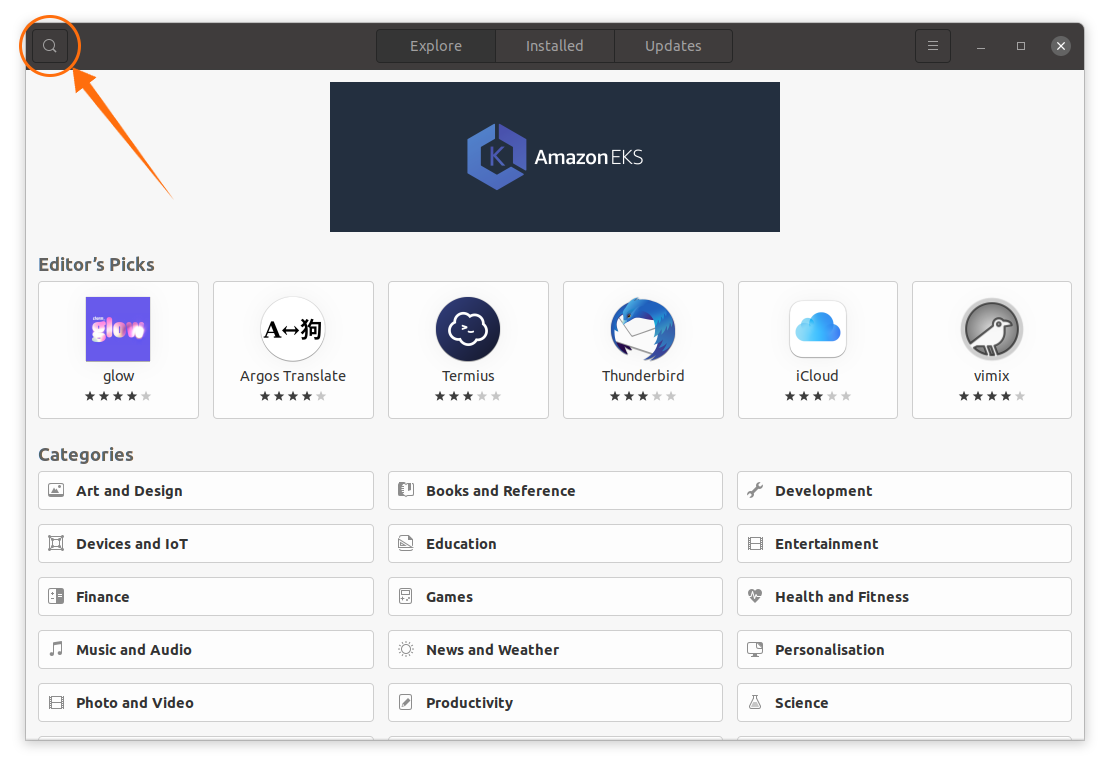 Search “notepad plus plus”: 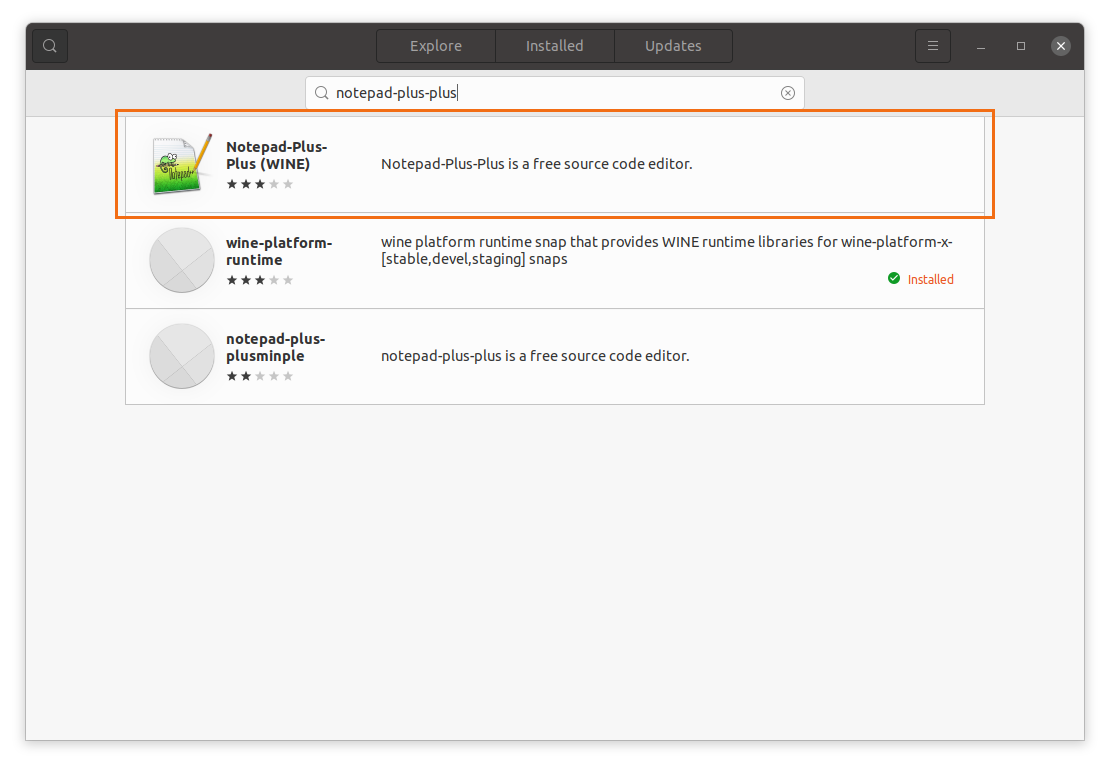 Open and install it. See the following images: 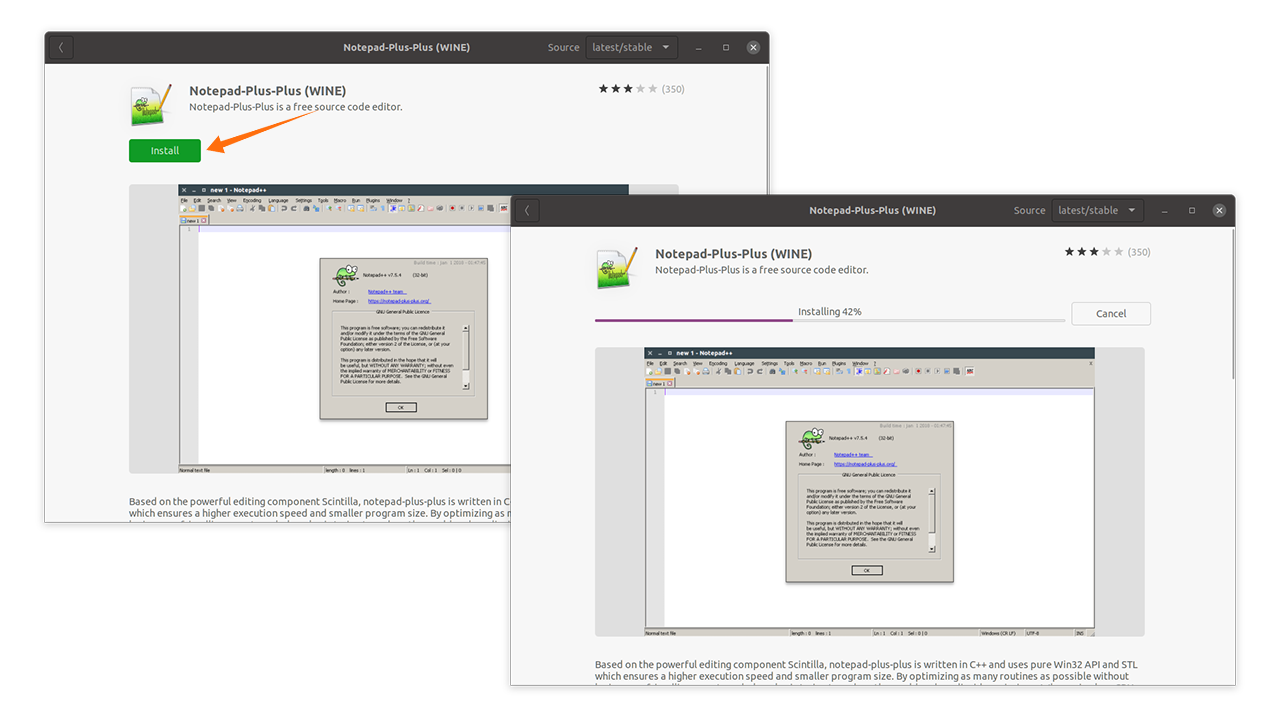 Once the download and installation are finished, Notepad++ can be viewed in applications: 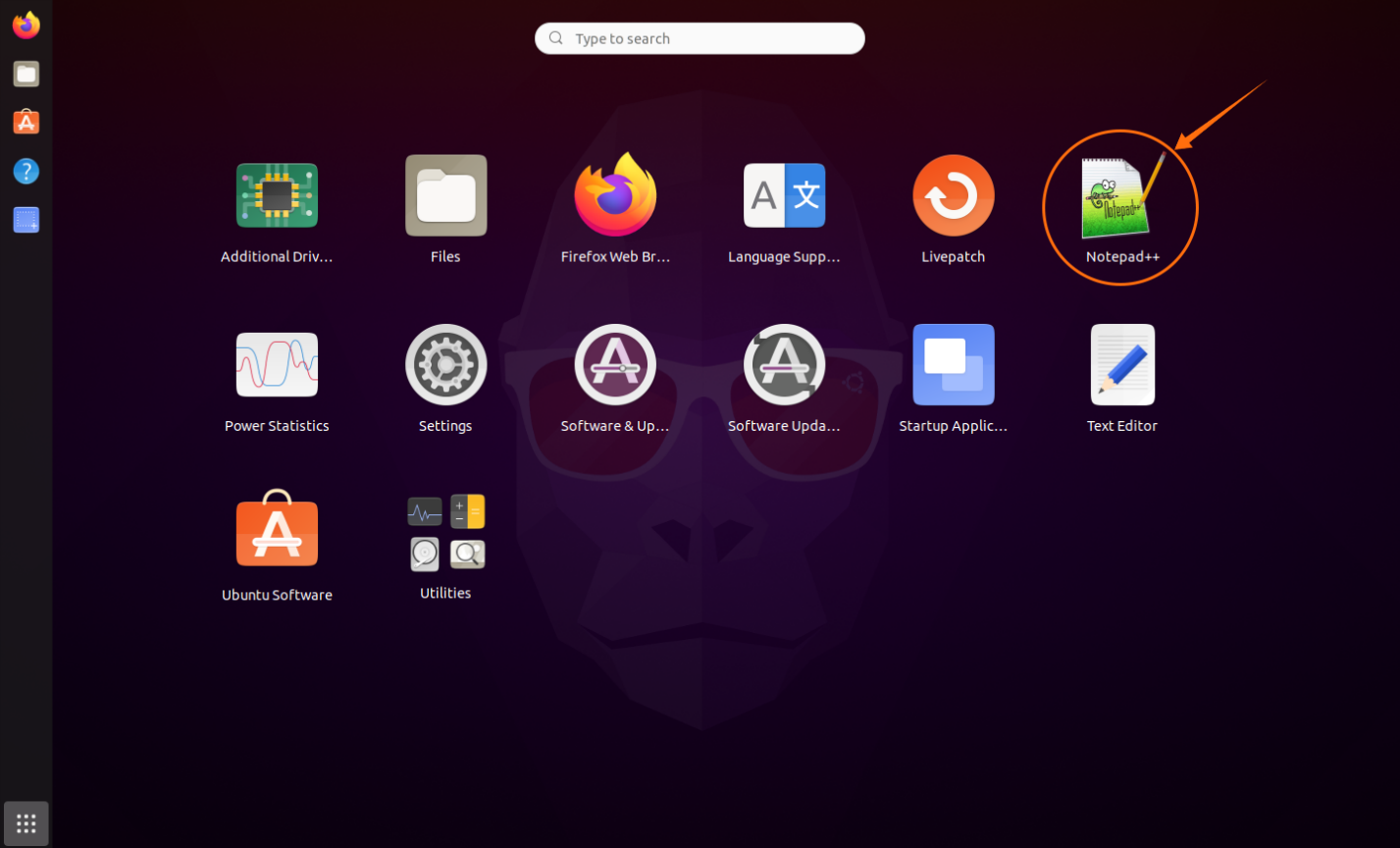 Open it: it will take few moments for configuration: 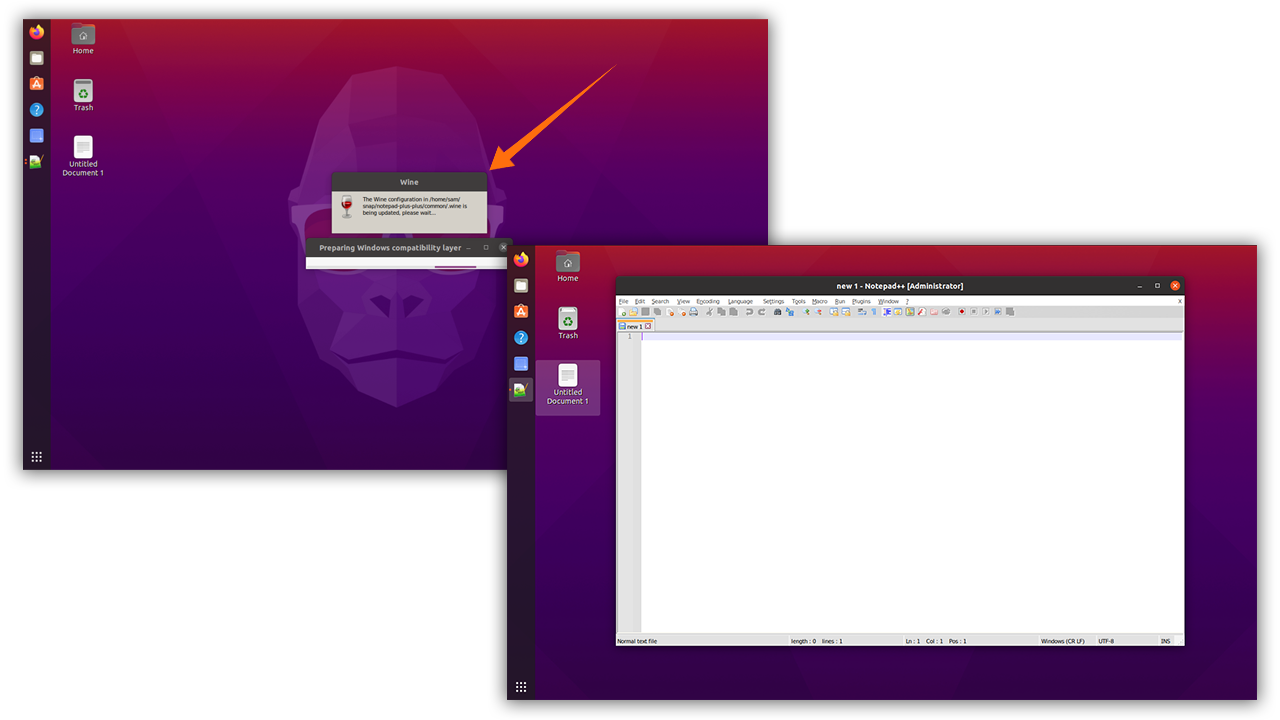 It is running on an Ubuntu environment without any issue.

The second approach of installing Notepad++ is using the terminal. Launch terminal and type the below-mentioned command:

Once the installation is completed, it can be launched from Applications: 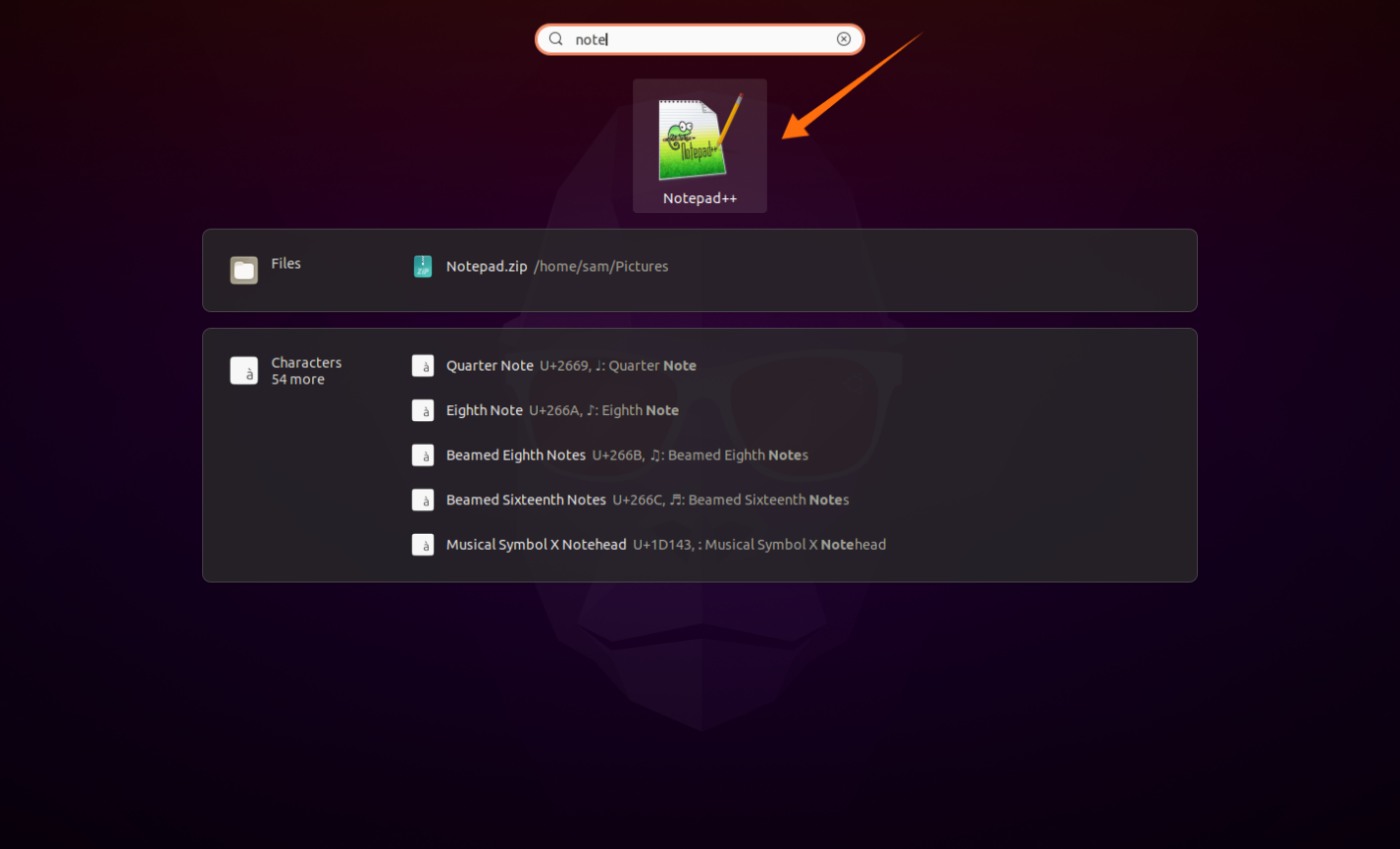 Notepad++ is a powerful source code editor that was Windows exclusive can now easily be installed on Ubuntu’s environment. 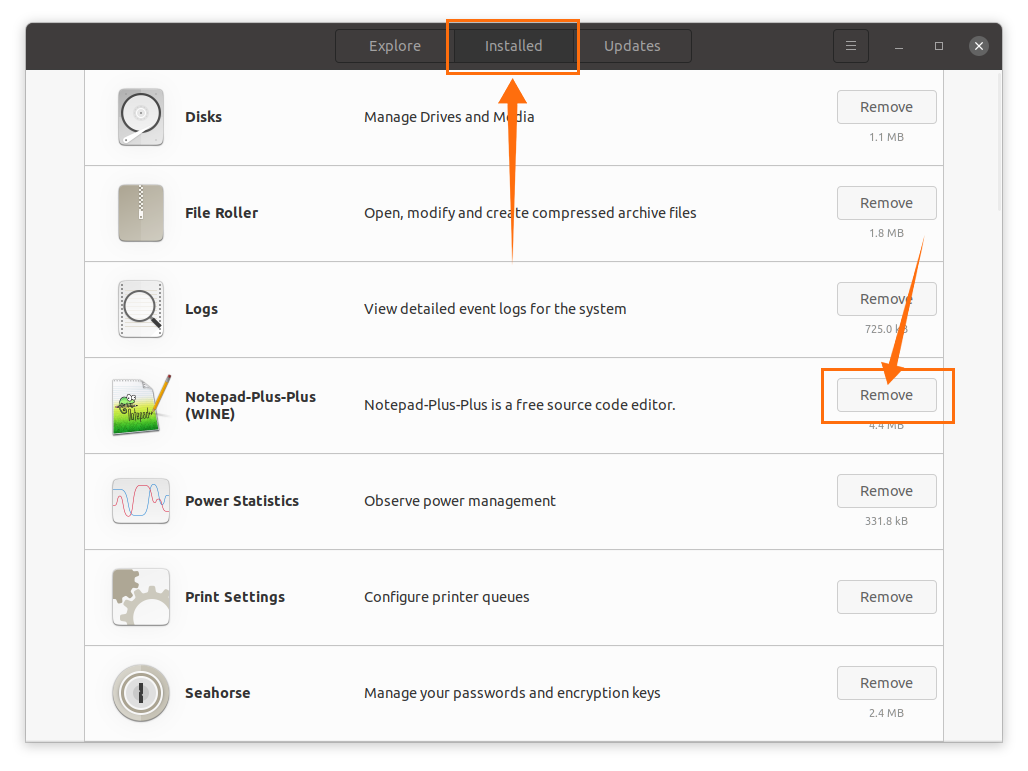 If you have installed it using the terminal, then use the below-mentioned command to uninstall it:

Notepad++ will be deleted from Ubuntu.