You can always install Node.js on your computer and run Node.js applications there. But, there are situations where you will want to use Docker to do your Node.js development.

For example, let’s say, you don’t want to install Node.js on your computer and still want to develop Node.js applications or test an existing one. In that case, you can simply use a Node.js Docker container.

In this article, I will show you how to set up Node.js development environment using Docker. So, let’s get started.

In this section, I will clone one of my Node.js API app from GitHub to my ~/Projects/ directory just for testing Docker Node.js development environment I am about to show you how to setup. This is not required. You can always use your own Node.js app if you want.

First, I am going to navigate to my ~/Projects/ directory as follows:

Now, I am going to clone my shovon8/angular-hero-api GitHub repository as follows:

The project files will be in the angular-hero-api/ directory as you can see in the screenshot below.

There are official container images for different version of Node.js built on top of different Linux distribution on DockerHub. Visit https://hub.docker.com/_/node/ from your favorite browser to find the Node.js image you need. As you can see, the tag name for all the Node.js images are listed in the DockerHub page of Node.js. You can either use Debian Jessie/Stretch, Alpine, ChakraCore Linux distribution based images for different versions of Node.js. 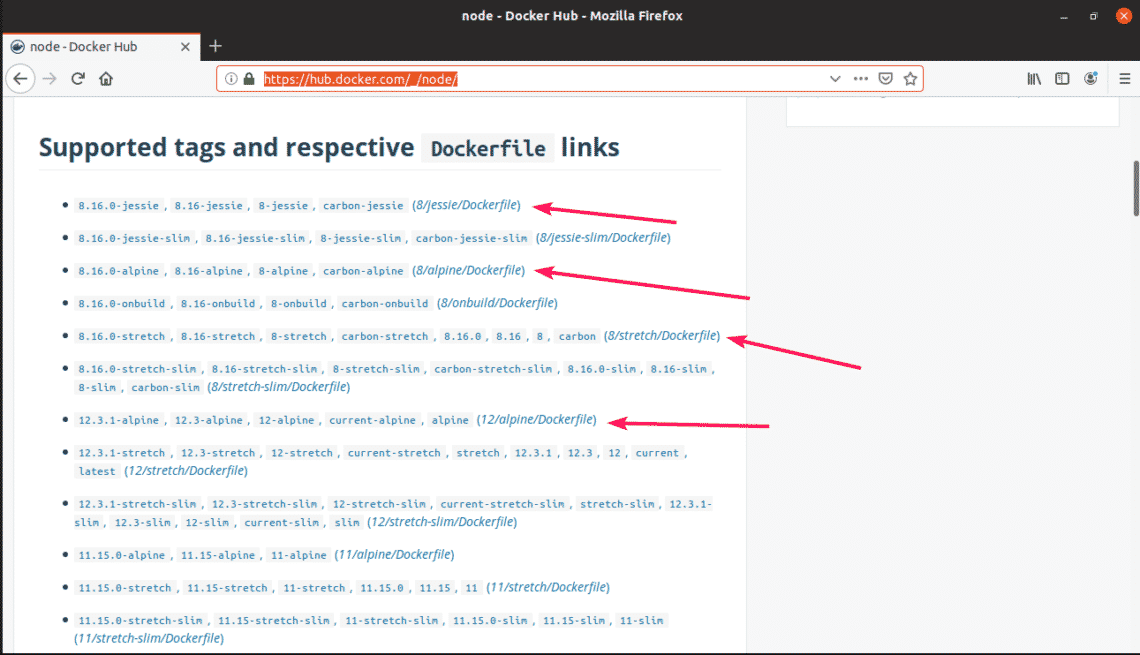 In this section, I am going to configure Linux command aliases for my Node.js API app. That way, I can easily use any version of Node.js I want to run my app.

First, navigate to your project directory as follows:

Now, create a source file with the following command:

Now, type in the following lines in the source file.

Here, -it means, run the container in interactive mode.

–name hero-api defines a name for the container.

Once you’re done, save the file by pressing <Ctrl> + x followed by y and <Enter>.

Now, enable the aliases with the following command:

Now, you can run any version of node runtime whenever you need with node12, node10, node8 commands as you can see in the screenshot below.

Now, let’s see how to run the angular-hero-api app from my GitHub repository with this setup. I am going to use Node.js 12 runtime first, then go for Node.js 10 and Node.js 8 runtime to show you that it works in each of the versions.

The API app does not have any node modules installed. So, you have to install all the required node modules with npm install command as follows:

The node modules are installed as you can see in the screenshot below.

Yes, I can access it. It’s working as expected. 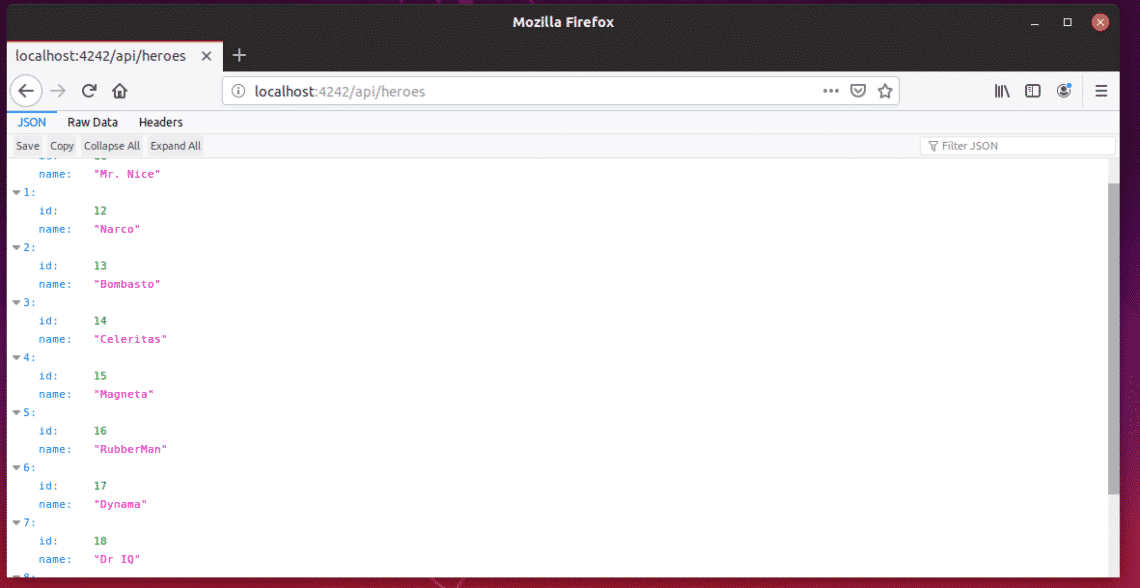 Let’s try to run the API app with Node.js version 10.

As you can see, it’s running.

The API app is running on Node.js 8 runtime as well.

So, that’s how you set up Node.js development environment using Docker. Thanks for reading this article.