Thinking about entering the world of programming? What better way to enter than through Java and joining a community of over 10 million developers worldwide? Java is one of the most popular programming languages right now. It is an interpreted, object-oriented programming language which is directly supported by major operating systems like Apple, Linux, Windows, Sun etc. Java is a portable programming language meaning a program can be written on one platform and can run on all platforms. Java supports networking (you can use TCP and UDP sockets) and access remote data using a variety of protocols. It also provides the feature of multithreading, which can utilize multiple processors and one of the prime features of Java is garbage collection. In many languages, the programmer is responsible for deallocating memory and it can become a hassle resulting in errors and segmentation faults. Java, on the other hand, has a garbage collector which manages the memory and frees up the memory by destroying objects not in use.

To start coding in Java you need to have Java installed, the latest version of Java is 11 but Java 8 is still supported so having any one of these installed will be enough to get you started. Writing a program and compiling it would take some effort as you will have to write the code in a text file and then save it in .java and then have to compile it using terminal, or you can use an IDE and save yourself the time and effort used in this process and get a slew of interesting features.

An Integrated Development Environment or IDE for short, is a software application which helps the user to write and compile code easily by providing features like text editing, debugging plugins etc. while providing compilation by the click of one button. Java has many IDEs but two of the most popular ones are NetBeans and Eclipse.

NetBeans is an open-source, free Java IDE with a modular architecture. It has a multi-language editor, debugger, profiler, versioning control, and developer collaboration. It also supports the development of other languages like PHP and C++. It integrates all the functionality of Java. NetBeans runs on all major operating systems like Windows, Linux, and Mac OS. It is an easy to install IDE and provides skeleton applications and templates with sample applications as well to help newcomers learn the different features or let developers save time by letting them start coding on a skeleton project so that they don’t have to go through the process of implementing modules and pre-written code themselves.

As mentioned above, NetBeans is implemented with a modular architecture. Modules are groups of classes that implement a specific feature so that the developer can use modules to make their work easier. Users can also create new modules which can be provided to other users. Other features in NetBeans include customizability, quick search, plugin manager, Maven support and services.

Plugin Manager provides tools to manage features and plugins provided from the programming languages to other users. While Services window makes it easier for the user to use databases, web services etc. and also manage them in an organized way.

Below is part of what a project open in NetBeans looks like: 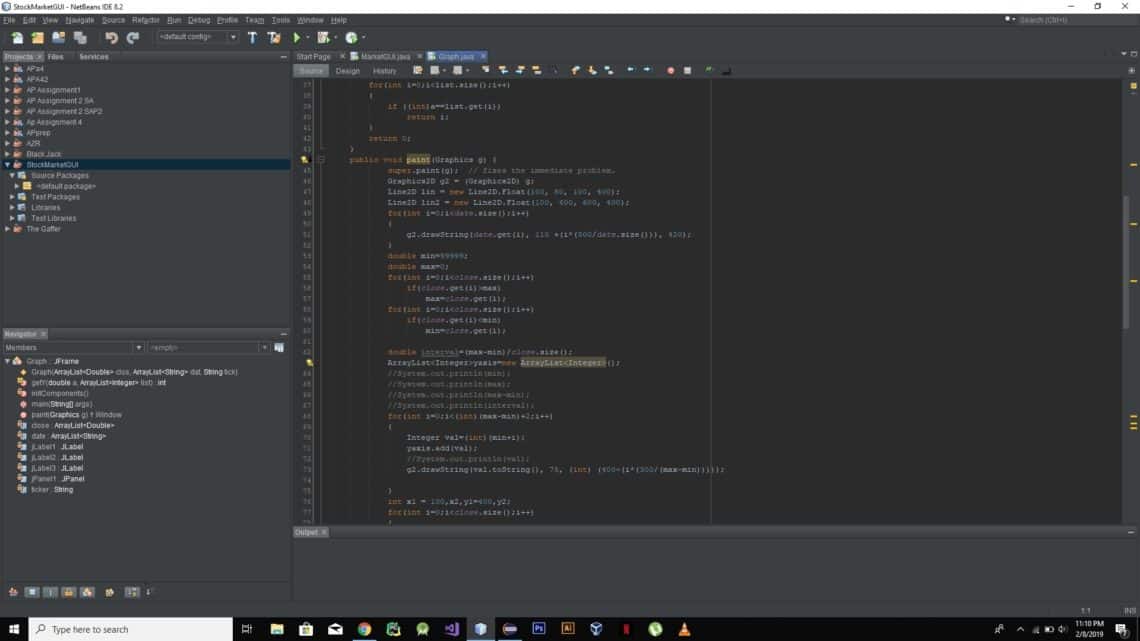 Eclipse is an open-source and free IDE with a modular architecture. It is the most popular Java IDE. It provides support for the development of many languages but it is mostly focused on Java and C/C++ development. Eclipse is compatible to run on all types of operating systems like Windows, Linux, and Mac OS. Eclipse also provides the support for working on documentation and modeling using papyrus and provides tools for implementation of UML, SysML, OCL etc. It also provides the support for Git support, Gradle, Apache Maven etc.

Eclipse is known for its extended support for plugins. It provides the support for users to make their own Plugin Development Environment or PDE to make plugins. It also provides customizability, GUI building, reporting etc. Eclipse also has a Standard Widget Toolkit or SWT, which is used to access and use GUI elements from the operating system on which the program is being developed. Eclipse also provides also used to provide android development tools but was ended in 2015.

Below is part of what a project open in Eclipse looks like: 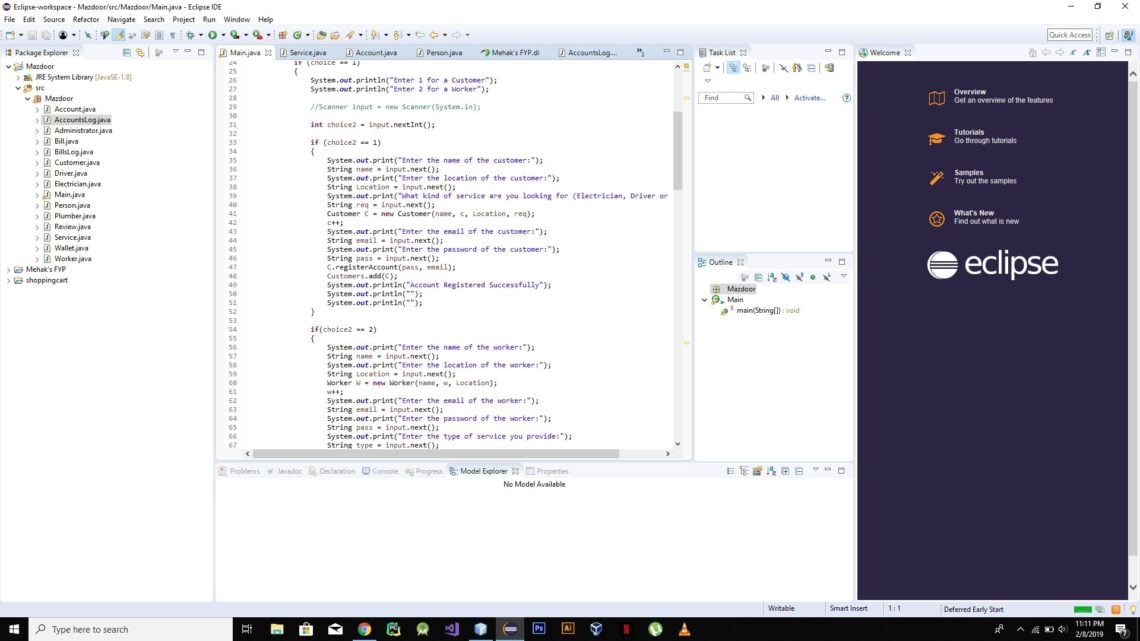 While both IDEs are free, open-source and provide the same basic functionality they both differ in a lot of ways.

In the end, both the IDEs are free and you cannot go wrong with any of the two as both provide great environments to develop in any language especially Java. Both have their respective strengths and weaknesses and provide great tools in different areas. It boils down to preference; are you a beginner and want to develop without delving much into plugins etc. and want exceptional Maven support with stability? Choose NetBeans. Do you want to customize your experience to your project and customize plugins accordingly or want to work on modeling or just want to use the most popular Java IDE? Choose Eclipse. Like stated above, both are great at what they do and in the end, they will get the job done.