What is a MySQL workbench

MySQL workbench is installed by downloading its package from its website and is used by the architects, developers, and database administrators for data modeling, SQL development, user administration, and server configuration. MySQL workbench has three important tools:

Modeling and designing tool:  The developers can visualize the physical designs of their databases in the MySQL workbench and it supports multiple databases in the same environment, components of tables like columns, rows, and it has a unique scripting language known as LUA used for different modeling notations.

SQL development tool: It is known as the heart of the relational databases and is used for the execution of multiple queries at the same time, the developers can edit, and run the queries using it, and it supports the color highlighters which helps the developers to highlight the important SQL statements.

What are the best alternatives of MySQL workbench

Some of the alternatives to the MySQL workbench are listed below:

DBeaver is an open-source database tool for database managers and is loved by Linux users as the alternate of the MySQL workbench as it provides the many shortcuts which assist in executing different commands. Some of the major features of the DBeaver are:

HeidiSQL is a database management tool that maintains MySQL, PostgreSQL, and Microsoft SQL databases and it helps the web developers to manage the data by editing and arranging them in tables. Some of its major features are: 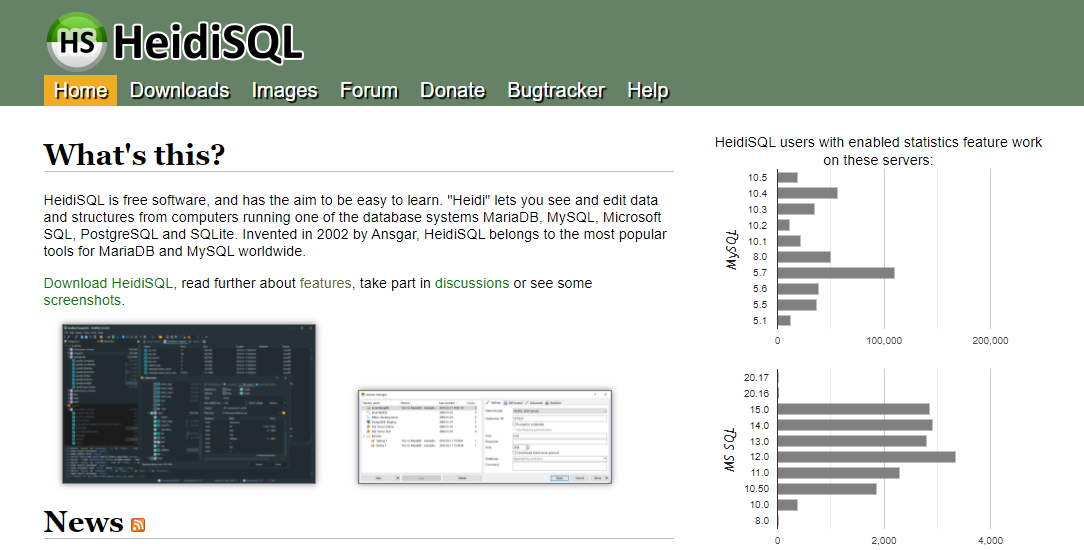 SQuirrel SQL is an open-source database management tool that is Java SQL client based and used to deal with the databases containing the JDBC drivers to edit the data and find out the issues in the servers. The major features of SQuirreL SQL are:

DataGrip is the paid alternative to the MySQL workbench but it is enriched with a variety of features. It provides fast access to the execution of the queries and keeps the history of the executed commands which can be quite helpful. You can jump to any table directly, support the navigation through foreign keys, and show you the behavior of the commands executed. Major features of DataGrip are:

Valentina Studio is another paid alternative to the MySQL workbench that is used to manage the data of different servers or databases. It is a universal tool that can be used for multi-purposes like visual modeling, schema development, records management, and administration services. The Valentina Studio also offers:

Every business needs a website for its advertisement and marketing of its product and services, these data of the websites are managed by the web developers. MySQL workbench and its alternatives; all are tools that make the task of developers of managing the data easy by providing a GUI. In this write-up, we have discussed the MySQL workbench and some of its popular alternatives that are used to manage the databases and servers.