If you are like me you are always looking to buy a new computer or electronic device. The thrill of opening it up and getting it setup and then using your new computer for all sorts of things. But I am cheap. I don’t have money to spend on unnecessary expenditures, so I was on the look out for how to really go ahead and buy or build a fully working computer running Linux on a low budget. I am not claiming to have found the best or cheapest solution, but what I got was pretty cheap (ONLY $250 USD TOTAL!!!) and worked well with Ubuntu booting up with out any extra configuration, so I am going to share the details with you in case you want to copy my approach.

The Computer Itself: by Qotom

Available on Amazon from a company called Qotom. Qotom, founded in 2004, and based in Shenzhen China, is a manufacturing company that specializes in Mini-PC production.

The model I selected is the Qotom Mini PC with the following specs: Quad Core Intel Celeron 2Ghz; 2GB RAM; 64GB SSD; 2 RJ45 Ethernet Lan; 4 USB Ports; VGA and HDMI Video Ports; Headphone and mic jacks; It is a fan-less machine which promises to be super quiet. The price was $181 USD plus shipping at the time of order.

Let’s have a look at the unboxing photos from my system: 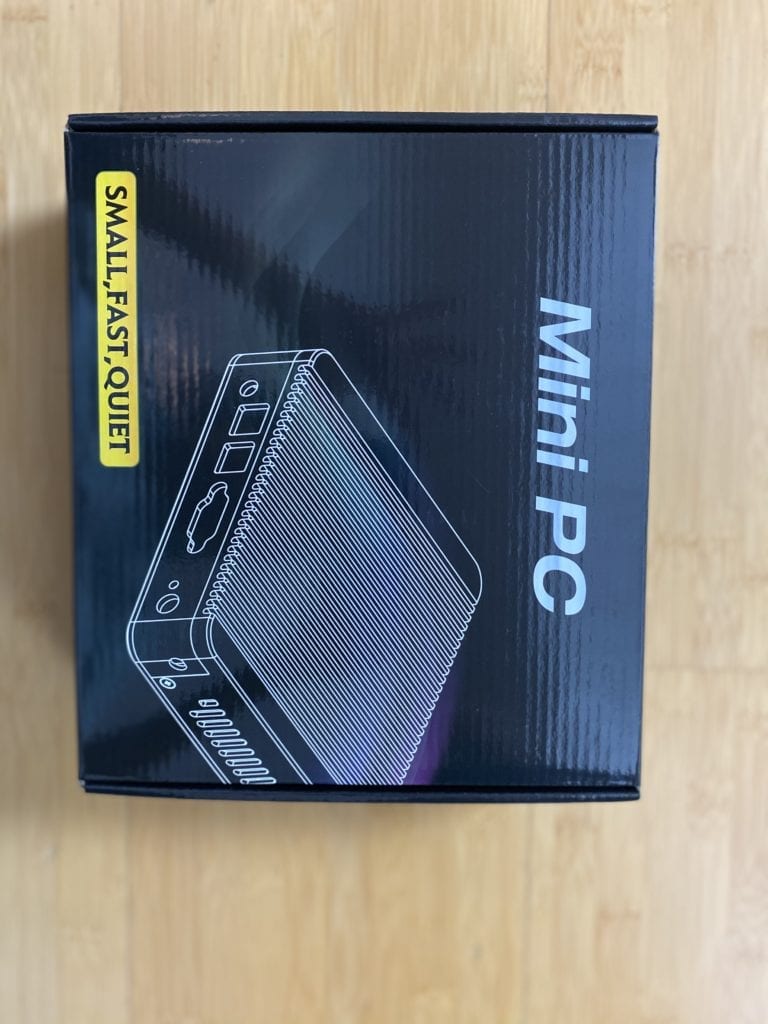 Now let’s open the box and see what’s inside. Nice packaging from the first lift of the box as shown below: 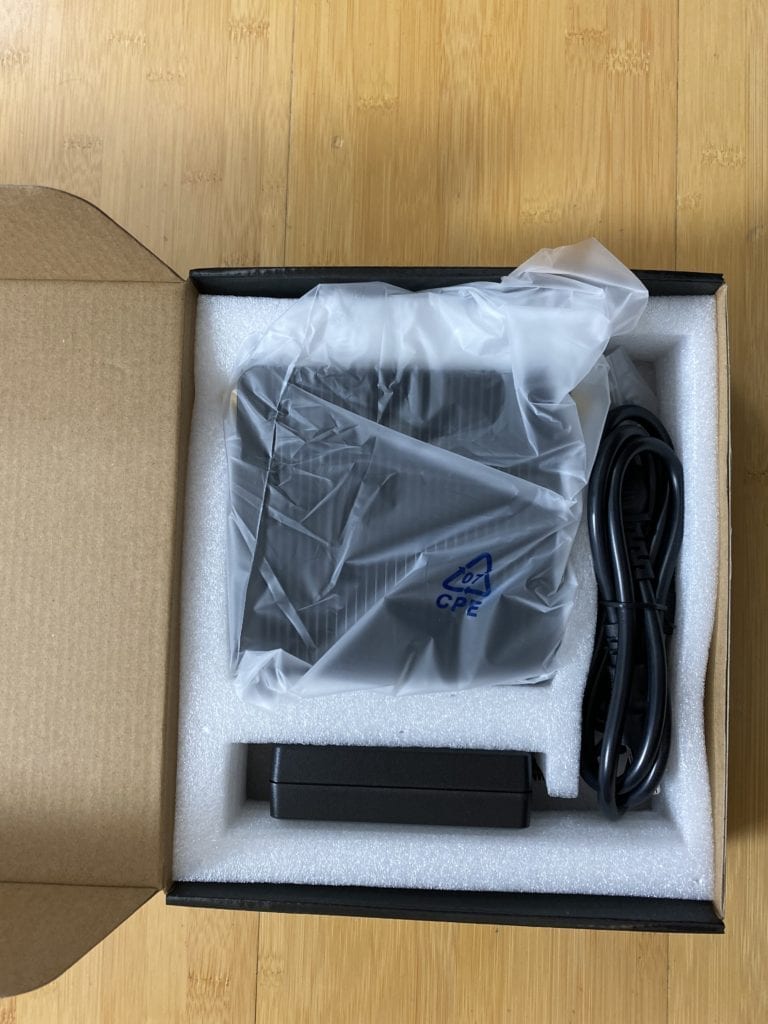 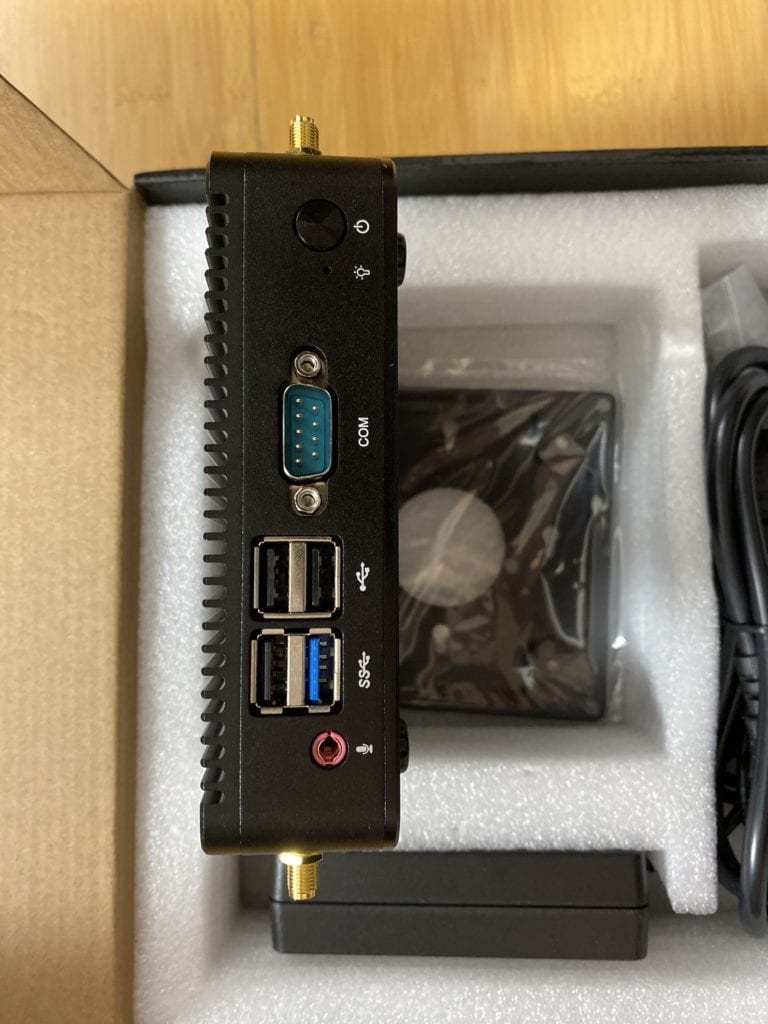 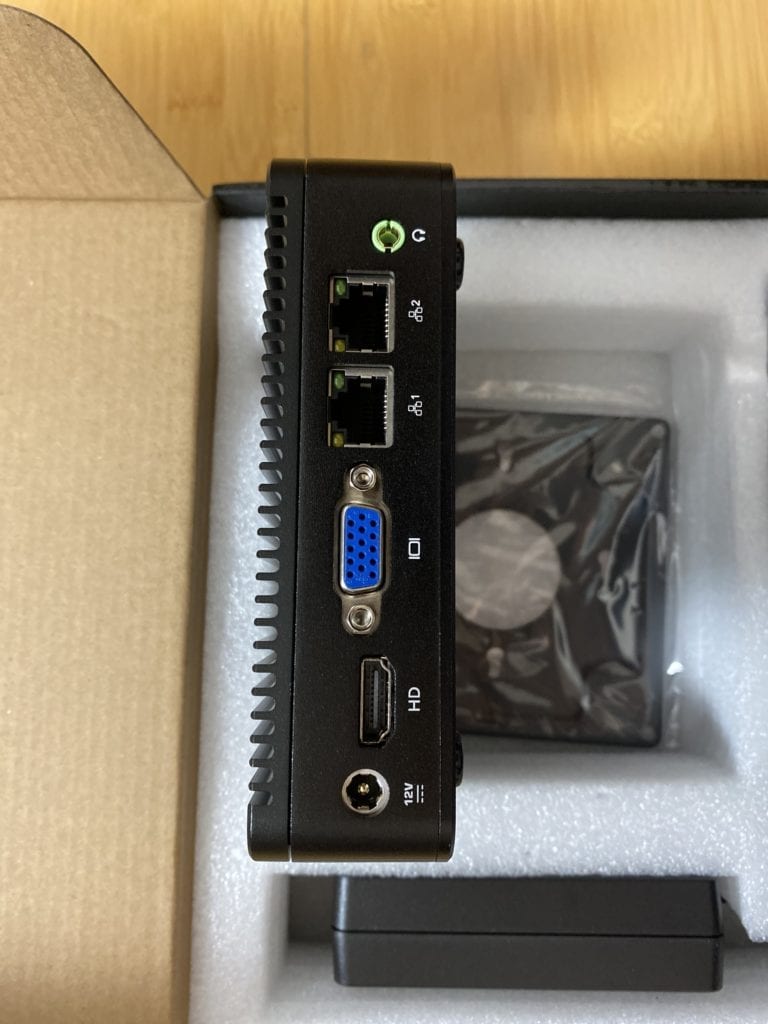 And a view from above the Mini-PC here. Sleek design, 1 inch high, 5 by 5 inches 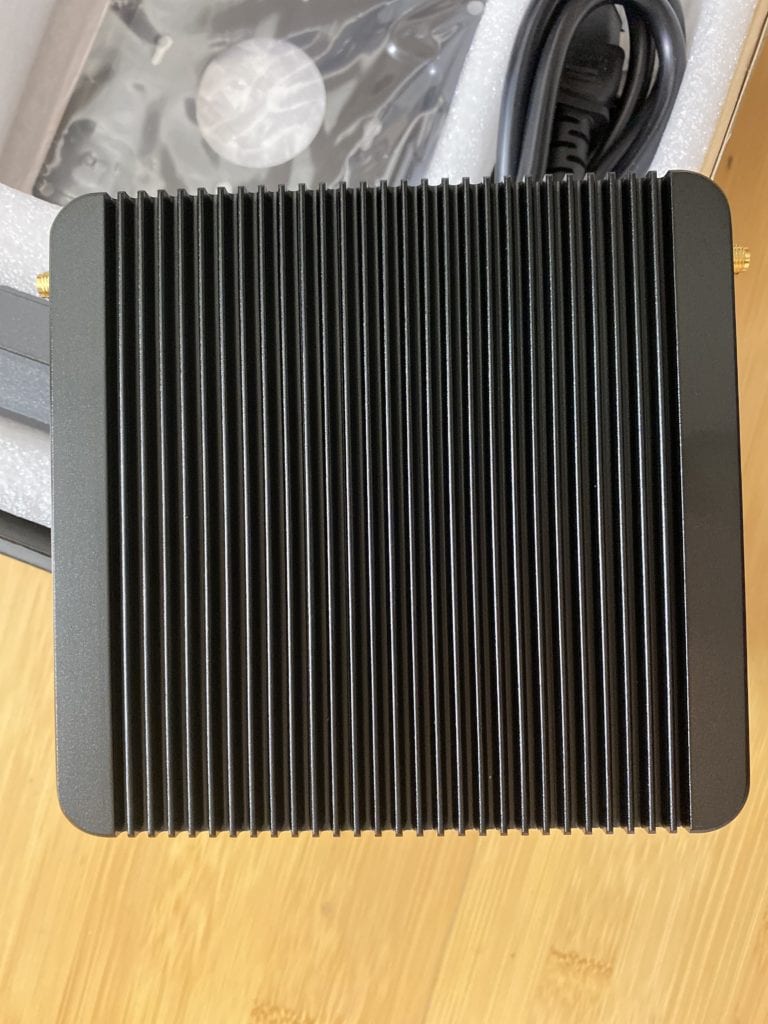 When I received the Qotom mini-pc I realized: “I don’t have a monitor!”. So to complete my system I located a really cool little device from Haiway available on Amazon.

The model I selected was the HAIWAY 10.1 inch Security Monitor, 1024×600 Resolution Small TV Portable Monitor with Remote Control with Built-in Dual Speakers HDMI VGA BNC Input for only $69. Let’s have a look at the pictures, starting with the unboxing step by step: 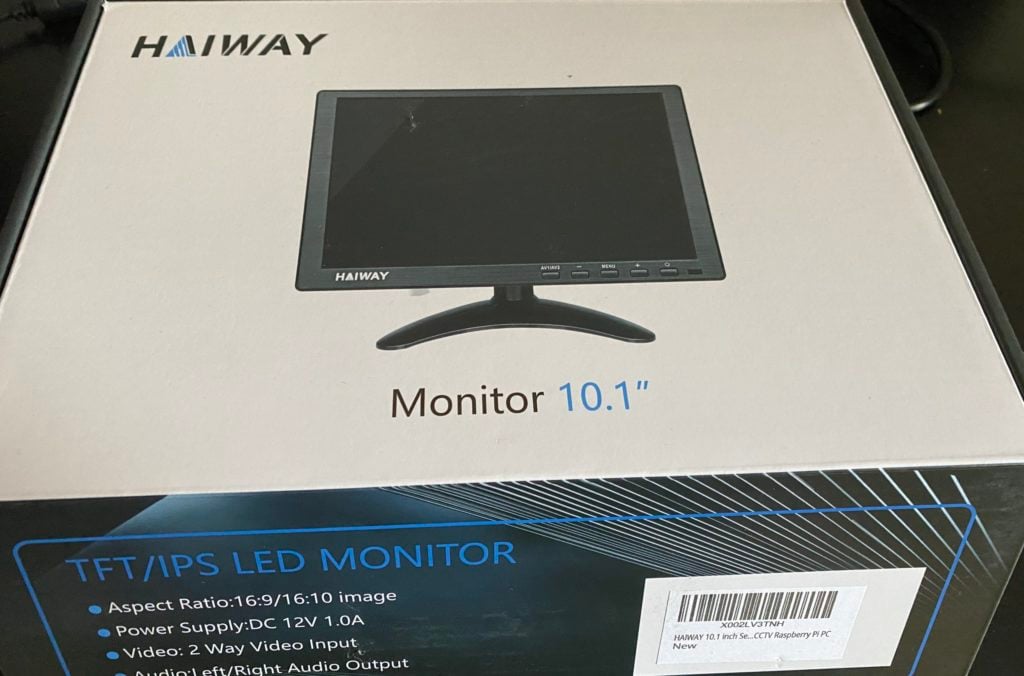 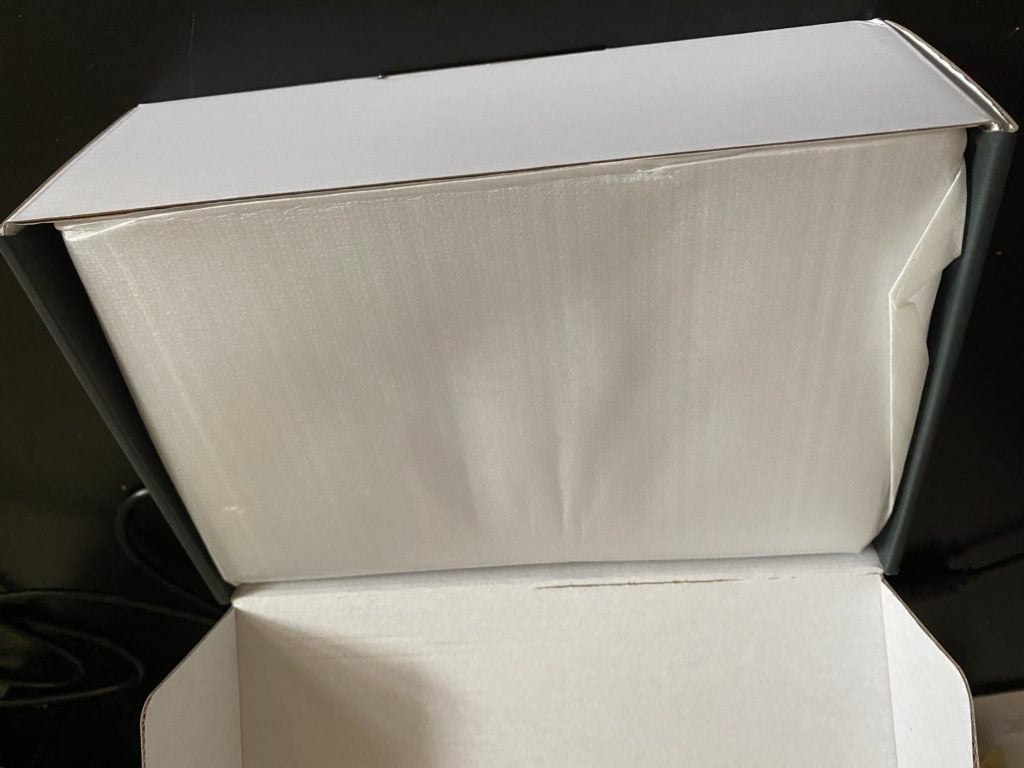 Now lets have a look at the product once removed from the box: 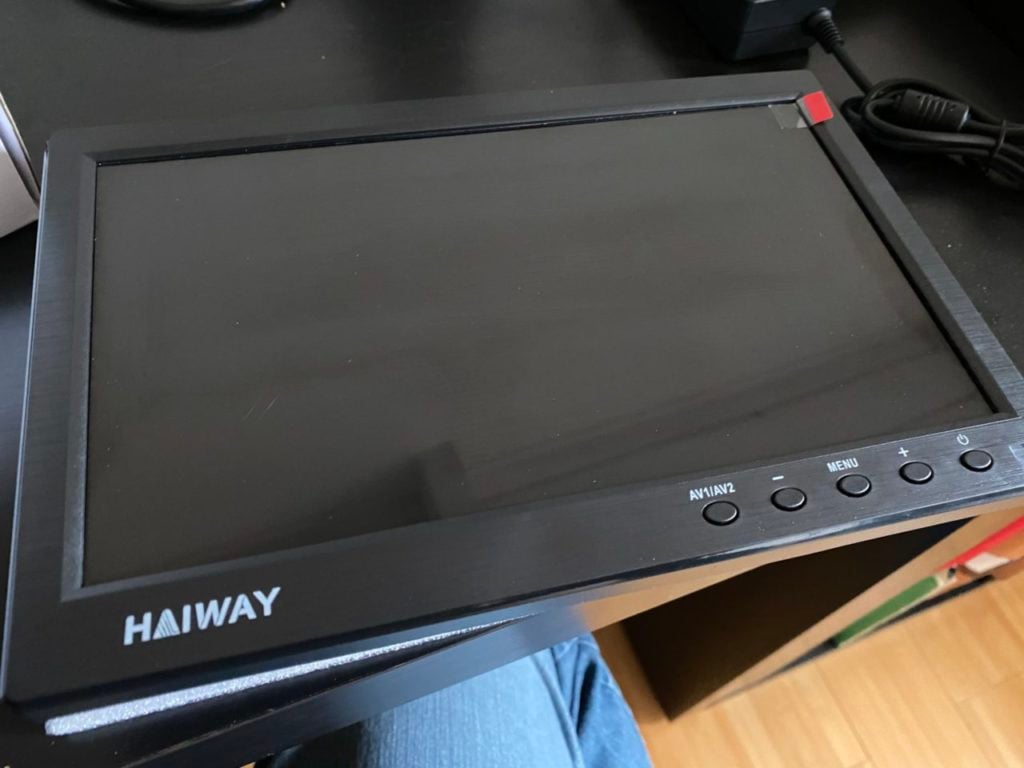 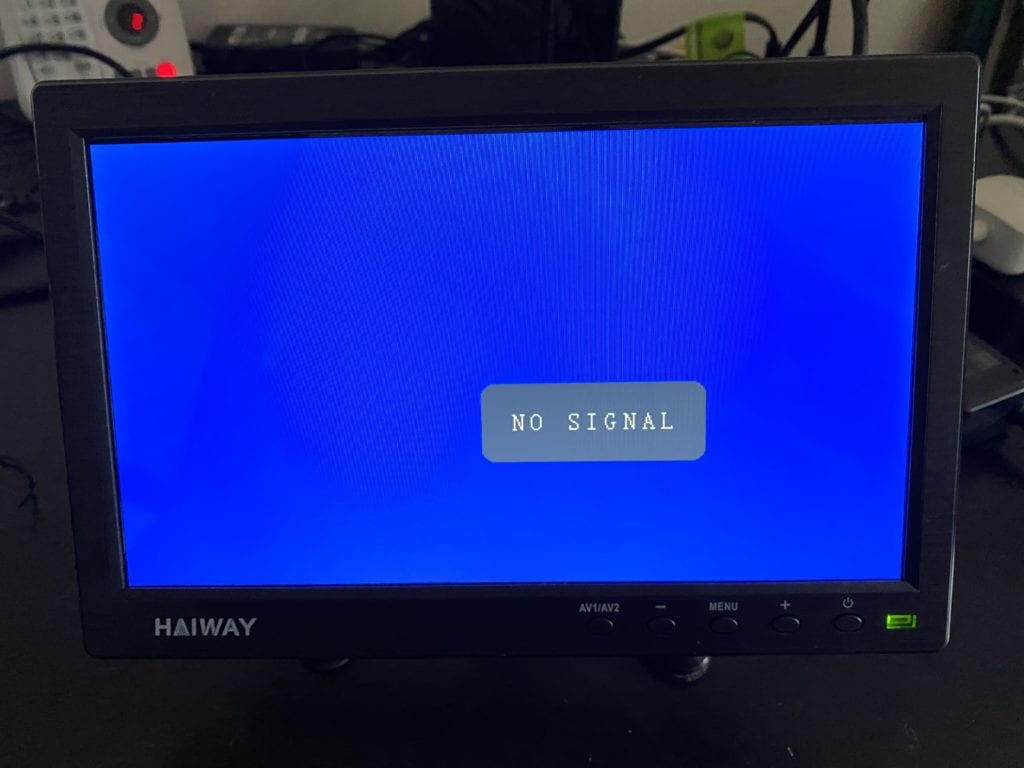 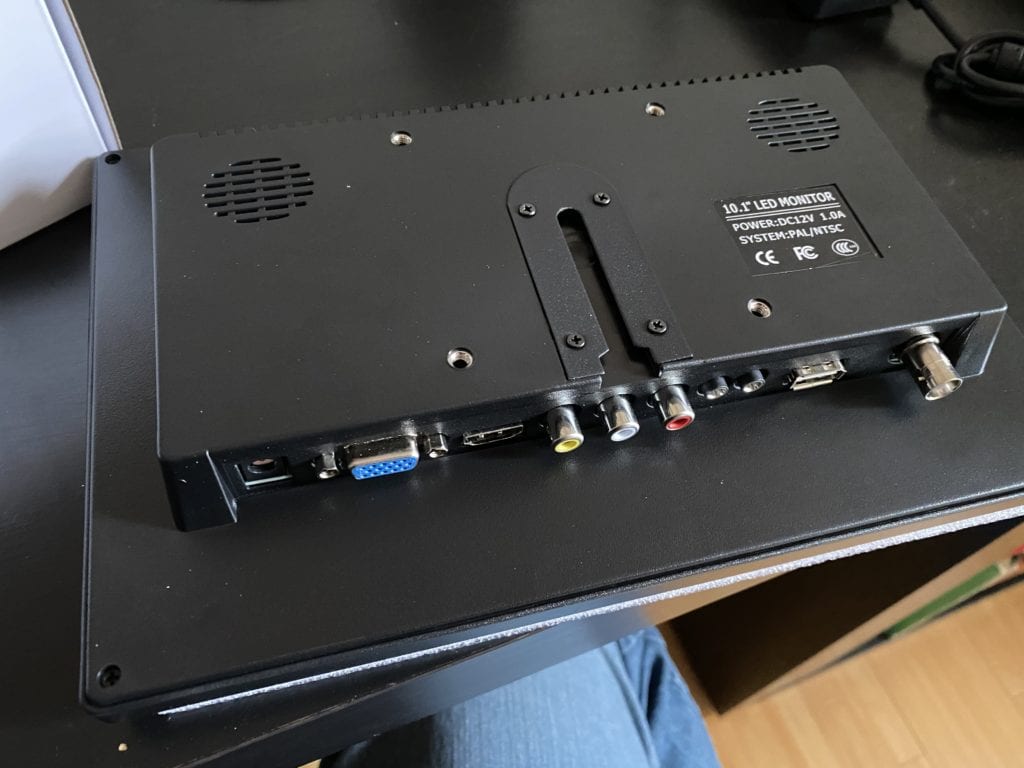 Back of the Haiway 10 inch monitor

This monitor came with lots of handy cables, some I will use, such as the HDMI video cable to connect to the MiniPC some I wont use, like a car charger. Here are photos of the cables: 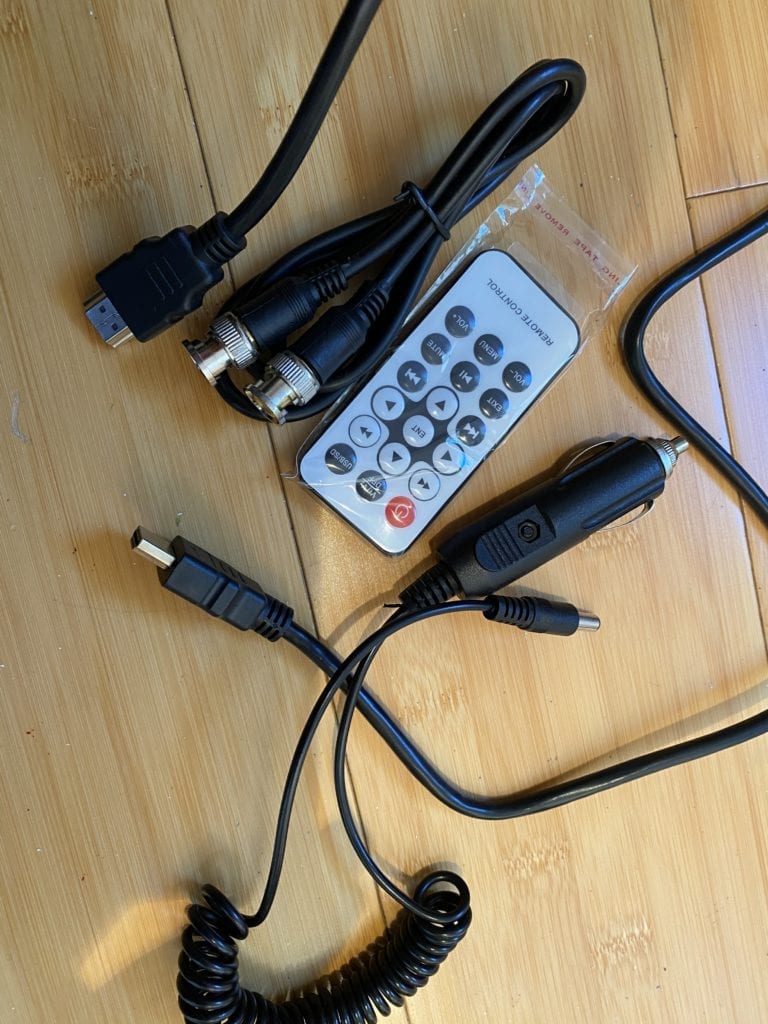 Haiway peripherals that came with the monitor 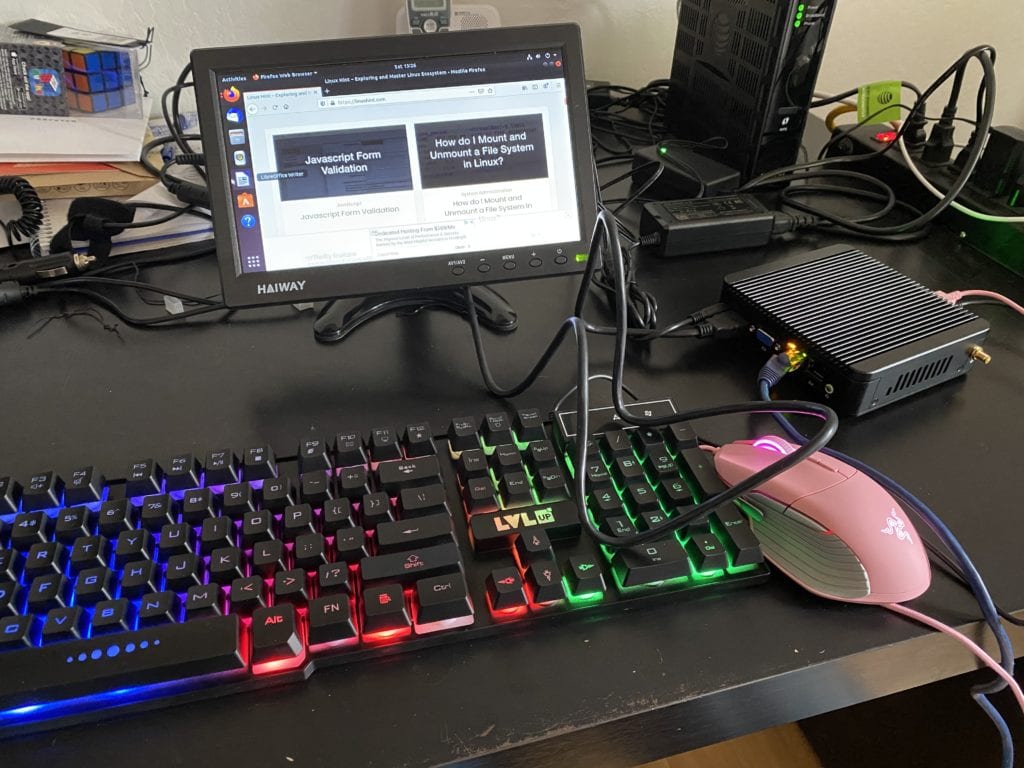 A few more notes that are quite interesting.

Ubuntu on the Qotom MiniPC

This product came with, comes with, Ubuntu pre-installed and fully functioning. That was so awesome. No installation of an OS and wondering if the PC is linux compatible, its all working upon opening the box. Be sure to note the user name and password for the Qotom: user name is oem, password is oem123. And sudo was working for this user on opening the product, so the first thing i did was change the password for oem user and root user using sudo.

Since this product came with a working installation of Ubuntu, everything was as expected. I plugged the ethernet cable into my home router and immediately had internet connectivity. Then i did the following command to get the repo’s ready for software installation:

Next I installed ssh with apt-get and noted the the IP address of my Qotom mini-pc. I was able to ssh into the machine from a laptop on my home network using my new oem password I set.

Lastly I ran firefox and was able to suffer to linuxhint.com without a problem. See pic below: 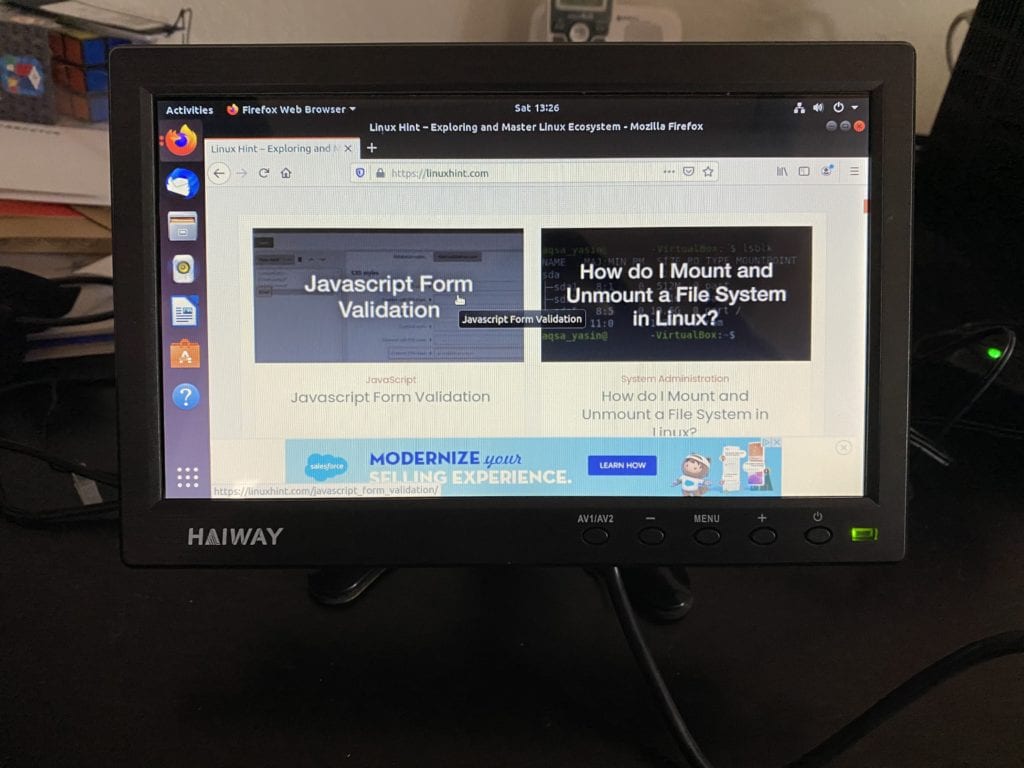 If you want to buy the same gear, just make sure you have any USB mouse and keyboard as well as one ethernet cable and then purchase the MiniPC with Ubuntu pre-loaded and the Haiway Mini Monitor. The computer and monitor together cost only $250 USD total at the time of writing! Awesome.