Musikcube is a terminal-based cross-platform music player that runs natively on all most operating systems such as Windows, macOS, as well as Linux. It has an audio engine built-in, performs metadata indexing, built-in library management, as well as a streaming audio server. Furthermore, it runs smoothly on Raspberry Pi with a custom DAC (e.g. IQaudIO DAC+), and can output 24bit/192k audio comfortably. Before we proceed on how to install musikcube terminal based music player on ubuntu, lets take a quick look at its features. 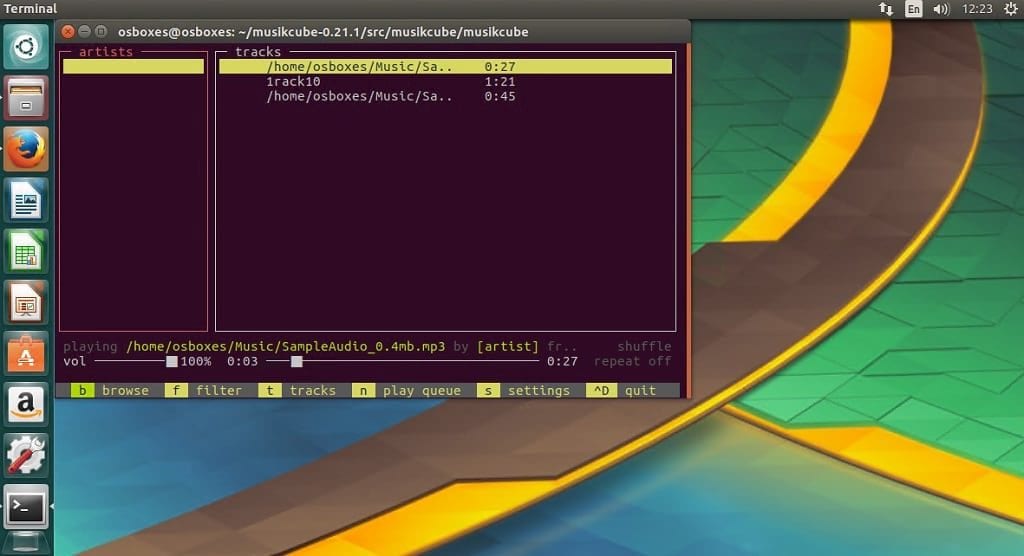 The most recent release is musikcube 0.21.1, and this comes with updates to few of the symbols used for drawing things like dropdowns and checkmarks so they work with a wider variety of fonts

How to install Musikcube Terminal Based Music Player on Ubuntu 17.04 and below

How to remove musikcube from Ubuntu