In 1966, M.J. Flynn classified the forms of parallel computer architecture into four groups which is based on the number of instructions and data items and the concurrency in processing sequences (or streams), data, and instructions. The core of systems implementing parallel computing are: the control unit; the processing element or the processor; and the memory. Depending on the type of architecture, a system may use a single or multiple processors and a shared or distributed memory. 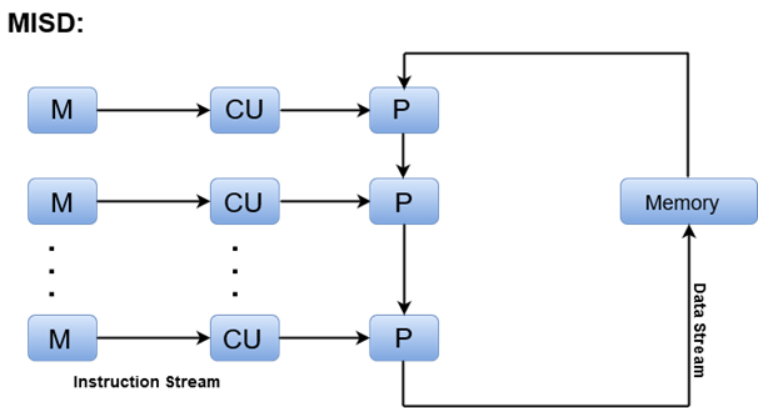 How MISD Differs from Other Classes

Each computer system that falls under Flynn’s classification handles the instructions and data streams differently. Here’s an overview of the other three computer system classes in Flynn’s taxonomy. Based on their descriptions, you will see how each differs from MISD. 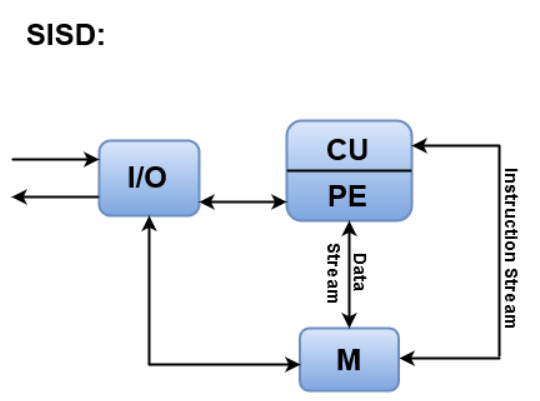 Unlike SISD, this computer system has multiple processors. The processors are executing a single instruction on different data streams. There is one memory and one control unit that retrieves the data from the memory and sends the same instructions to all the processing elements. Although the processors receive the same instructions from the control unit, they operate on different items of data. This type of architecture is usually implemented on computers or applications used in scientific computing such as Cray’s vector processing machine, where multiple vectors and matrices are involved. 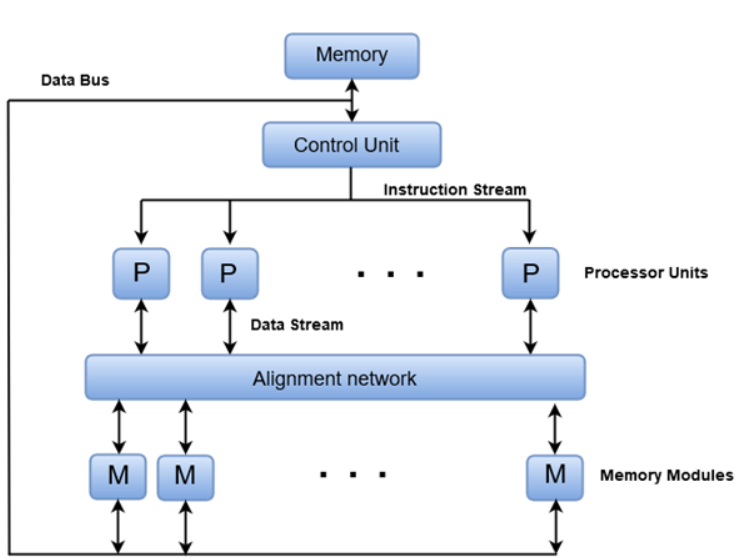 In this parallel computing model, multiple processors which have their own control unit but may not necessarily have their own memory module.  Each processor executes a separate set of instructions and data streams which make MIMD machines capable of handling any type of application. There are two categories in MIMD based on the type of memory used – shared-memory MIMD and distributed-memory MIMD.

Distributed-memory MIMD – each processor has its own memory which stores the data. The data stored on the processor’s local memory is not visible to all processors. Since the memory is not shared, communication between processors goes through the Inter Process Communication (IPC) channel. 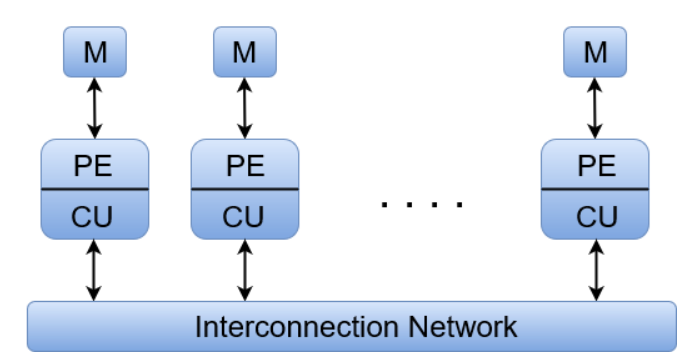 Where is MISD Used?

While the other classes are used in generic computer systems, MISD is more theoretical and not practically used in many applications. It was implemented in systolic arrays which is an ideal system for applications such as artificial intelligence, image processing, pattern recognition, and other tasks that mimic animal brains’ processing. In systolic arrays, the processor reads the data from another processor, performs an operation, and sends out an output that will be used by another processor. The general structure of systolic arrays reflects that of MISD architecture. However, there is an argument as to whether MISD is indeed the architecture behind systolic arrays since the input data is typically a vector and not a single data value. Still, others would argue that an input vector is considered a single dataset which qualifies systolic arrays as MISD machines. Whatever the case, systolic arrays remain as the classic example of MISD architecture.

MISD is also known as the architecture behind Space Shuttle flight control systems because of its better scaling and efficient use of computational resources.

Generally, MISD architecture is rarely used and only a few machines are built using this architecture. Most of these systems are not available commercially.

MISD is one of the four parallel computing architectures classified by M.J. Flynn where multiple processing elements process different sets of instruction streams from a single data stream. Each processor has its own control unit and memory, and the processing elements are processing instruction streams independently. Among the four classes, MISD is the least used type of architecture with only two prominent examples of applications where it is used – systolic arrays and Space Shuttle flight control systems. Even to this day, not a lot of applications use MISD, but it is especially useful for highly specialized applications.