Minecraft is the most popular sandbox video game developed by Mojang studios but later purchased by Microsoft. It is the virtual form of legos, which allows the players to create and explore the imagination world. Minecraft game is supported on various OS, including Linux, Windows, and macOS. In this article, we will see how to install Minecraft on Ubuntu OS.

We have explained the procedure and commands on Ubuntu 20.04 LTS (Focal Fossa). Almost the same procedure can be followed for the previous versions of Ubuntu.

Note: Minecraft is not open-source and free software, but we can use its Demo version for free by signing up for the Mojang account.

To install the Minecraft using the .deb package, here are the steps:

The first step will be to download the Minecraft .deb package on our system. To do so, launch the command line Terminal using the Ctrl+Alt+T keyboard shortcut and then issue the following command in Terminal:

The next step will be to install the Minecraft downloaded package. Issue the following command in the Terminal to do so:

After running the above command, you might encounter some errors regarding missing or broken dependencies. To solve these dependencies, issue the following command in the Terminal: 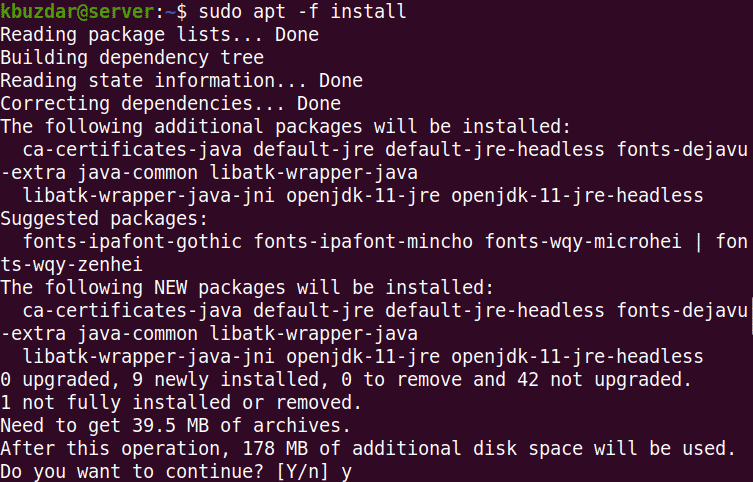 After running the above command, the system might ask for confirmation that if you want to continue the installation or not. Press y to continue; after that, the required packages will be installed on your system.

After running the above command, the system might ask for confirmation that if you want to continue the removal process or not. Press y to continue; after that, the Minecraft will be removed from your system.

Minecraft stores the application profile and some other information in the .minecraft directory under the user’s home directory. To remove all those files from your system, issue the following command in Terminal:

Minecraft is also available as a snap package bundled with all dependencies. To install the Minecraft using the snap package, here are the steps:

Ubuntu 20.04 LTS already comes installed with the snapd, so you do not need to install it. Simply issue the following command in Terminal to install the Minecraft installer package.

Once the installation of Minecraft is completed, you can launch it either via the command line or via the Ubuntu application launcher.

To launch Minecraft from the command line, issue the following command in Terminal:

To launch Minecraft from application launcher, hit the super key on your keyboard and type minecraft. When the search result appears, click on the Minecraft icon to launch it.

When you launch the Minecraft application for the first time in your system, you will see the following screen. Here you can either log in to your account if it has already been set up or create a new account by signing up. 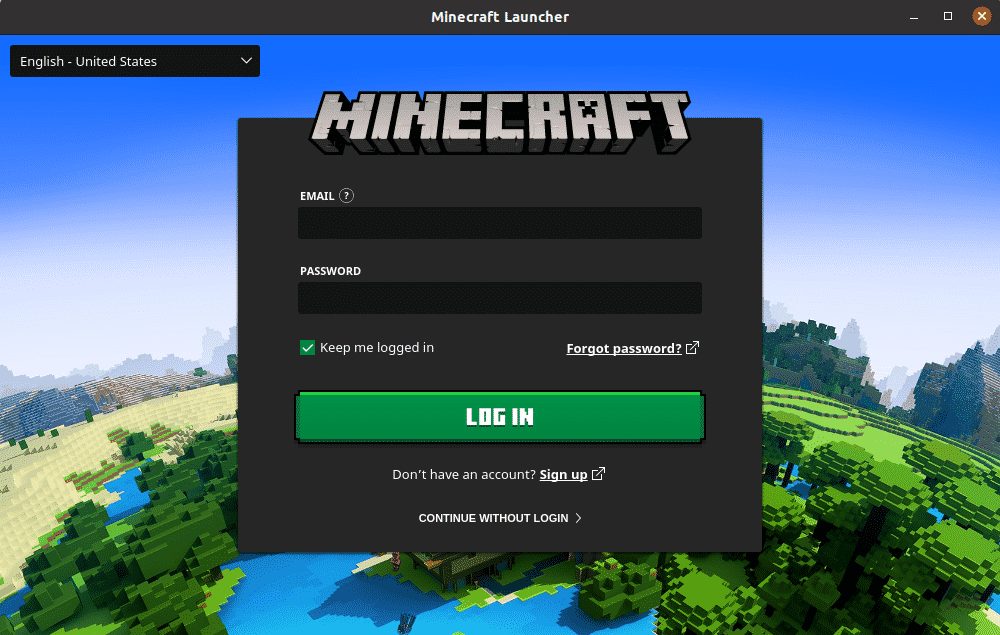 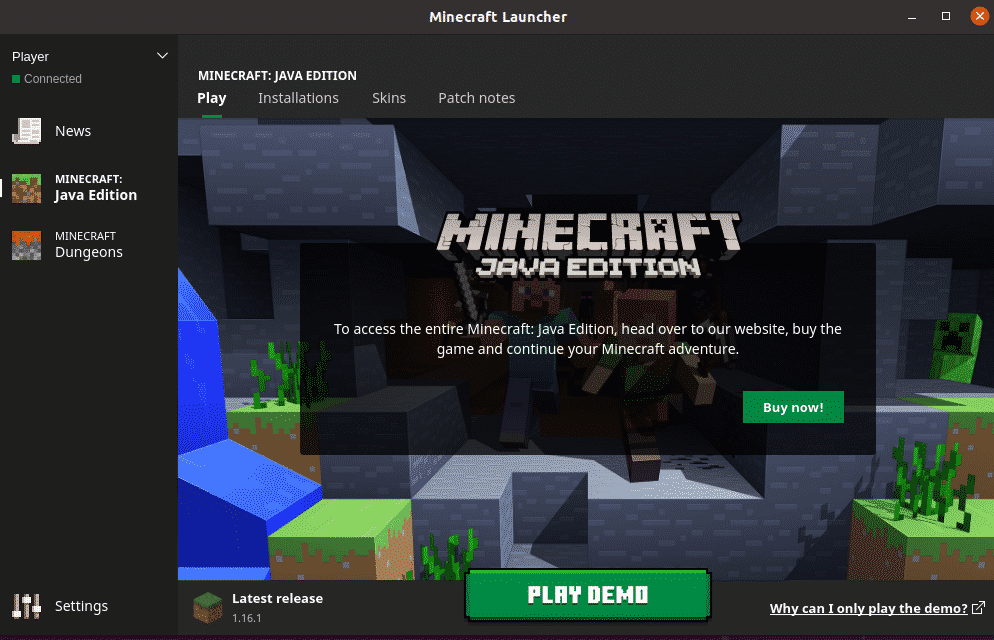 Once downloaded, click the Play Demo World button to start playing the game.