Few games give their players a great degree of freedom to complete their objectives, and Minecraft is one of them. Minecraft is a sandbox-style game with an infinite world where your primary objective is to mine and craft to survive. Though open-world games have so much to explore, sometimes doing the same things makes the whole experience bland. Luckily, Minecraft is known for its adaptability for personalization and allows players to customize everything.

In the previous articles, we discussed various ways to customize the Minecraft experience. The center of interest of this post is another feature of Minecraft, and that is the use of commands in the game. Minecraft commands are quite useful to modify and manage the world you have created. There is a wide range of commands with many possibilities. Some commands are simple for basic interactions, and some are powerful commands to modify almost everything in the world.

How to Enter Minecraft commands:

Entering the Minecraft command is as simple as creating a new world from the menu. Once you are in the world, press the forward-slash “/” key to get the command bar, where you will type your command. Every command you enter must start with a forward slash (/) if you play it as a single player.

If you are getting the error “command not found,” then press the “Esc” key, then go to “Open to LAN” options and “Allow Cheats: ON” and click on “Start LAN World“: 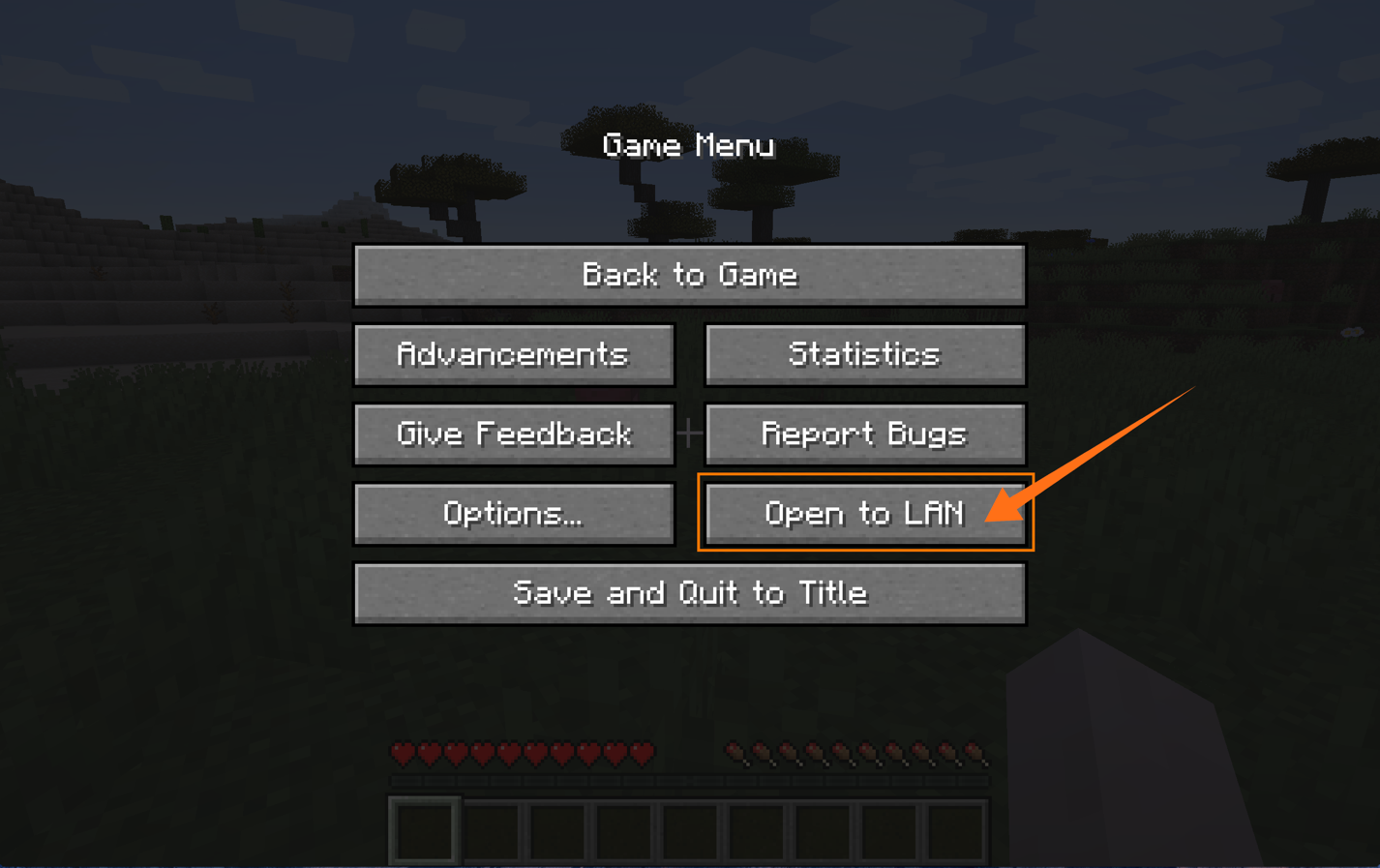 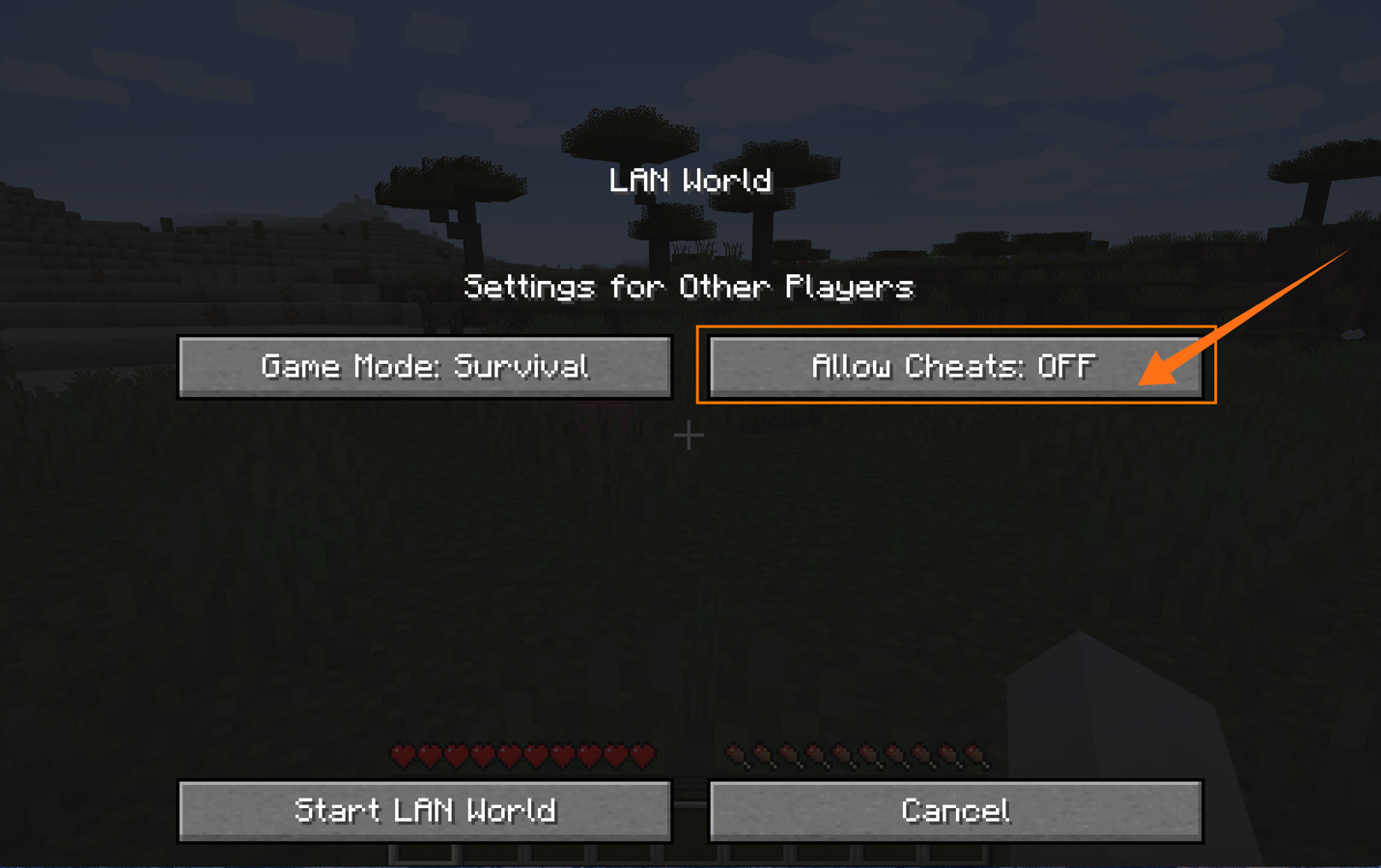 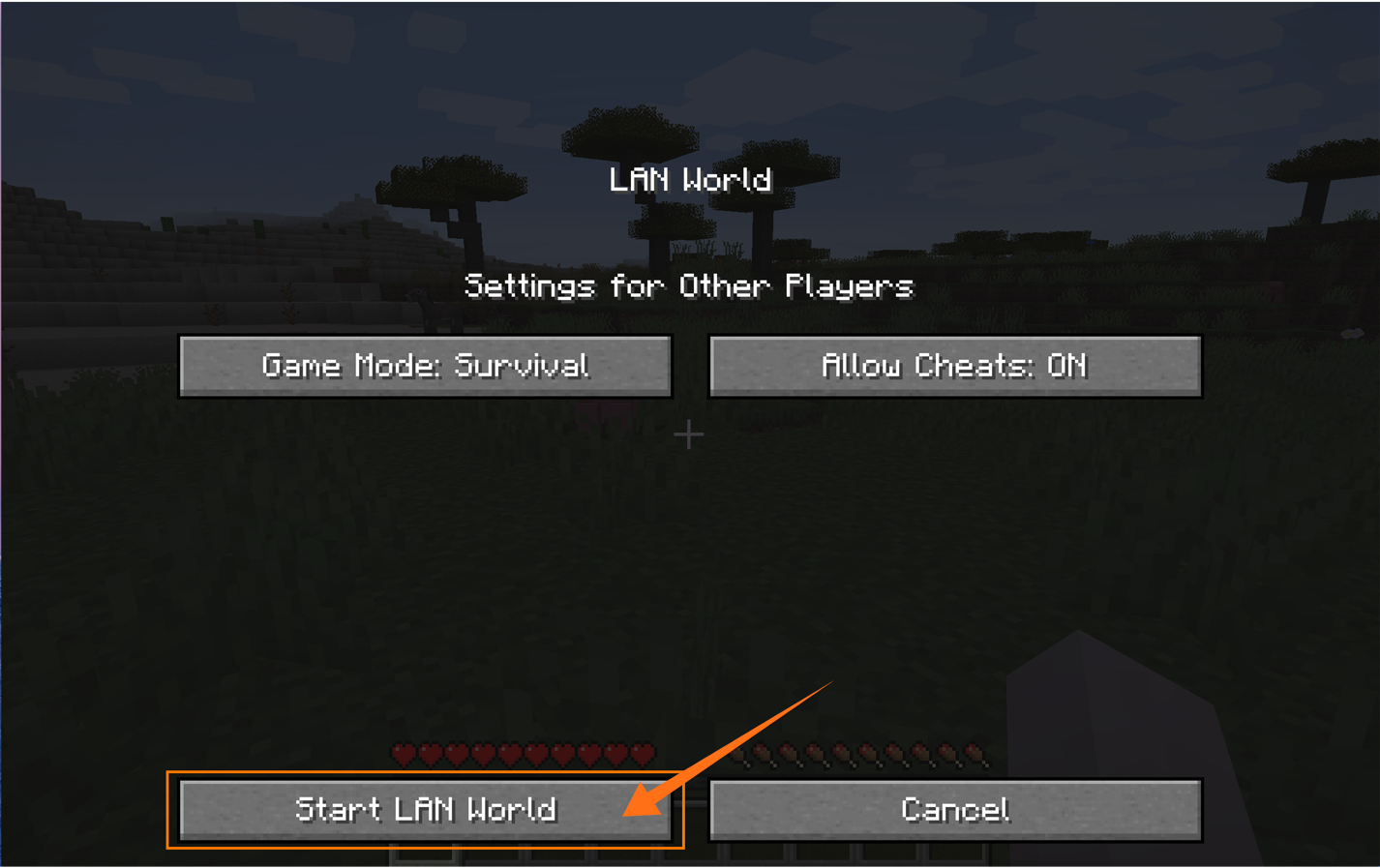 How to select targets with Minecraft commands:

Before exploring Minecraft commands, let’s talk about how to select a target. For instance, if you want to give some items to a player, you have to select that player and target that player using “@<Selector Variable>“. Here is the list:

The above mentions target selectors greatly help to target players without specifying their names.

Let’s discuss some well-known commands and their usage in Minecraft:

1. How to use the help command in Minecraft:

To get help and usage about any command, use help with a forward slash:

To get help with the “gamemode” command, use:

2 How to change the game mode using the command:

Minecraft has 2 modes, the creative mode where you have unlimited resources, you can fly, and no mob attacks while in survival mode, your health keeps on dropping, and there are mob-attacks as well, but with the usage of the command, the mode of the game can be changed immediately. Press forward, slash “/” and type:

If you are in creative mode, use the same command to get into the survival mode:

You can also enable adventure and spectator mode.

3 How to change game difficulty using the command:

Another important command you must know is changing game difficulty. You got to set game difficulty before generating your world. But with the command, the difficulty level can be modified at any time. Press “/” and type:

To add more challenges to your game experience, replace easy with normal or hard. But if the game is getting more difficult, then use difficulty level “peaceful”.

4 How to get seed code of your world using the command:

If you are interested in generating the seed of your world so you can use it to load an identical world in the future, then used the command given below:

This command will generate a seed code.

5 How to teleport anywhere in Minecraft world using the command:

It would not be easy to move from place to place on feet if your world is gigantic. In this situation, teleport command can help you. With the use of this command, you can teleport anywhere in your world. Another benefit is that you can also teleport other players and items using this command. Teleport command is a big time-saver; to use it, press forward slash “/”:

6 How to change the weather of Minecraft world using the command:

For the <type> field, use “clean”, “rain,” or “thunder,” and in the time field, input the number of seconds you want to keep that weather.

The above command will change the weather to thunder for 30 seconds.

7 How to summon anything in Minecraft using the command:

Summon command is another handy Minecraft command you must know. Using this command, you can instantaneously get any object, item, or mob at your specified location. The syntax is

Just type the name of any Minecraft entity and then specify the position and NBT. Position and NBT is an option. For instance, if you want to summon a horse, use: 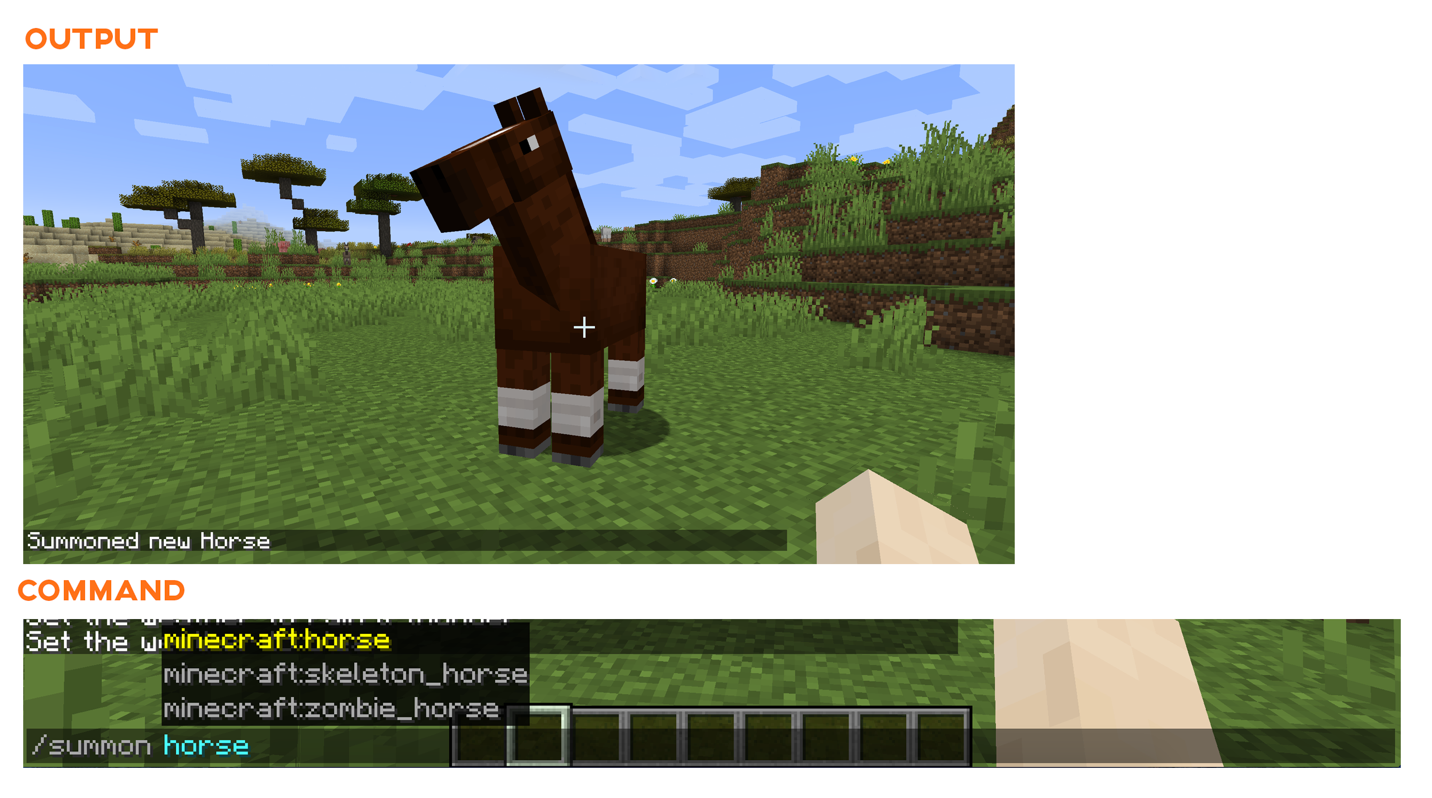 8 How to set daylight cycle using the command:

The <Time> could be a letter “day”, “midnight”, “night”, “noon” or you can put a number as well, a list of time numbers is given below:

The above command will set the time to dusk. But there is a command as well to stop the time as well.

To stop the time ticking, use:

If you want to play under permanent sunlight or permanent moonlight, then use the above command. To resume the time use:

9 How to enable instant mine using the command:

Who wants to hit several times to mine when there is a quick way to do it. To enable one-click mine with any tool, use the command:

10 How to kill using the command:

To kill anyone in the game, use the “kill” command, you can target yourself or any other character in the game:

11 How to increase moving speed using the command:

For the most part, Minecraft is moving from place to place; how about changing the moving speed, yes! That’s is possible in Minecraft. You can change the speed using the command:

Every creature has its own default movement speed, but the maximum value is 1024.

12 How to disable fire and fall damage in Minecraft using the command:

Disabling the fire damage and fall damage could be quite helpful. To disable it fire damage use:

And to disable fall damage use:

Commands can be cheats for some people, but they are used to save time and shape your gameplay according to your preference. In this post, we learned another technique to modify the Minecraft game experience. Being a sandbox game, there is a lot to explore in Minecraft. Still, sometimes exploration becomes tedious and monotonous, and to overcome it, they add an interesting layer of features. There are plenty of commands used for various purposes, but in this, we covered those commands that you must know if you are new to this feature.