In bash programming, the case statement helps to simplify complex conditionals when there are multiple different choices. Instead of using nested if statements, we can use the case statement instead to make the bash code more readable and maintainable.

The bash case statement shares similarities with JavaScript and C switch statement. However, the main difference is, once it matches a pattern, it doesn’t search for any additional pattern match.

This guide will cover the bash case statement basics with various examples.

The fundamental structure of the case statement is as follows.

Here’s a brief breakdown of the structure:

Now that we know the basics, time to check it out in action. Have a look at the following script. 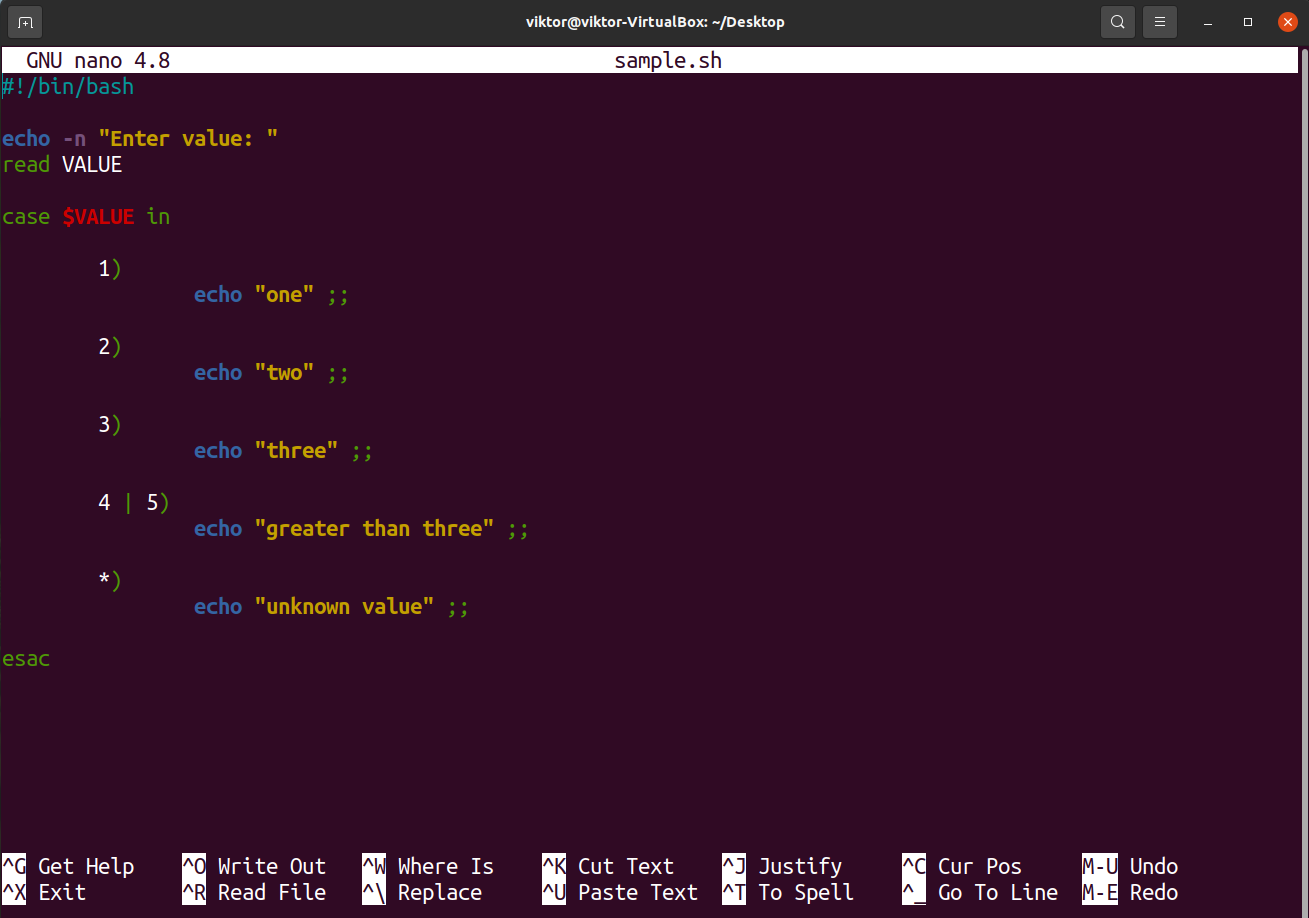 Save the script. Mark it as an executable.

The script will ask to enter a value. If the value matches any of the patterns, it will execute the matching clause. If no match was found, then it will match the default clause.

In the next example, we’ll use strings to match values.

echo "$PLANET is a planet from the solar system"

echo "$PLANET is a dwarf-planet"

echo "$PLANET not discovered yet"

echo "Not from the solar system" 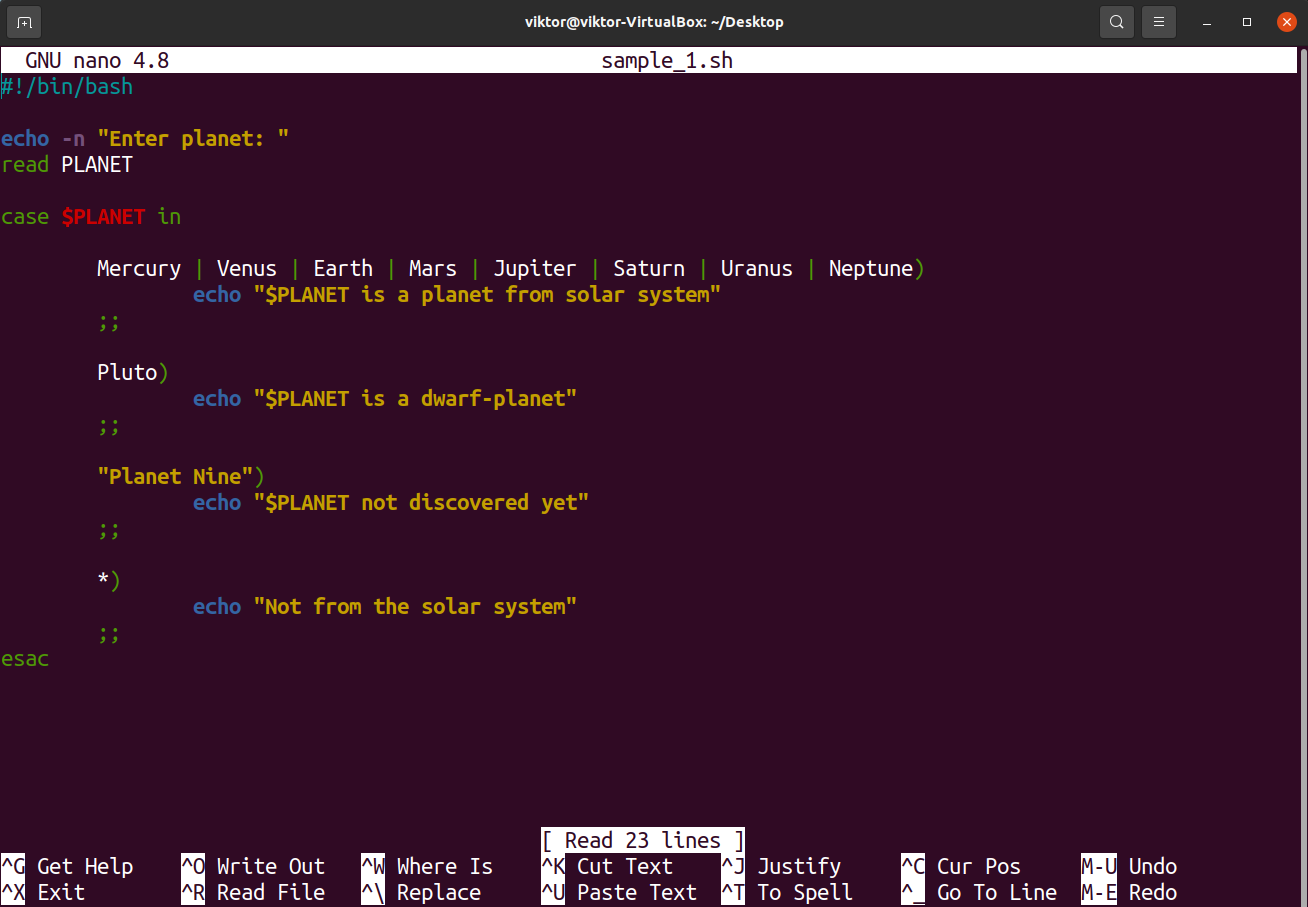 The script will run just like the first example. It will ask for a planet name, check if the input matches any clause, and execute the matching clause.

If you examined carefully, you’ll notice that “Planet Nine” is the only value wrapped in quotes. It’s because there’s space in it. Using quotes, we’re telling the shell to treat it as part of a single pattern.

Note that in the last example, the input is case-sensitive. This is the default bash behavior. However, we can tell shell to run the script in case-insensitive mode.

To do so, add the following line at the start of the script. 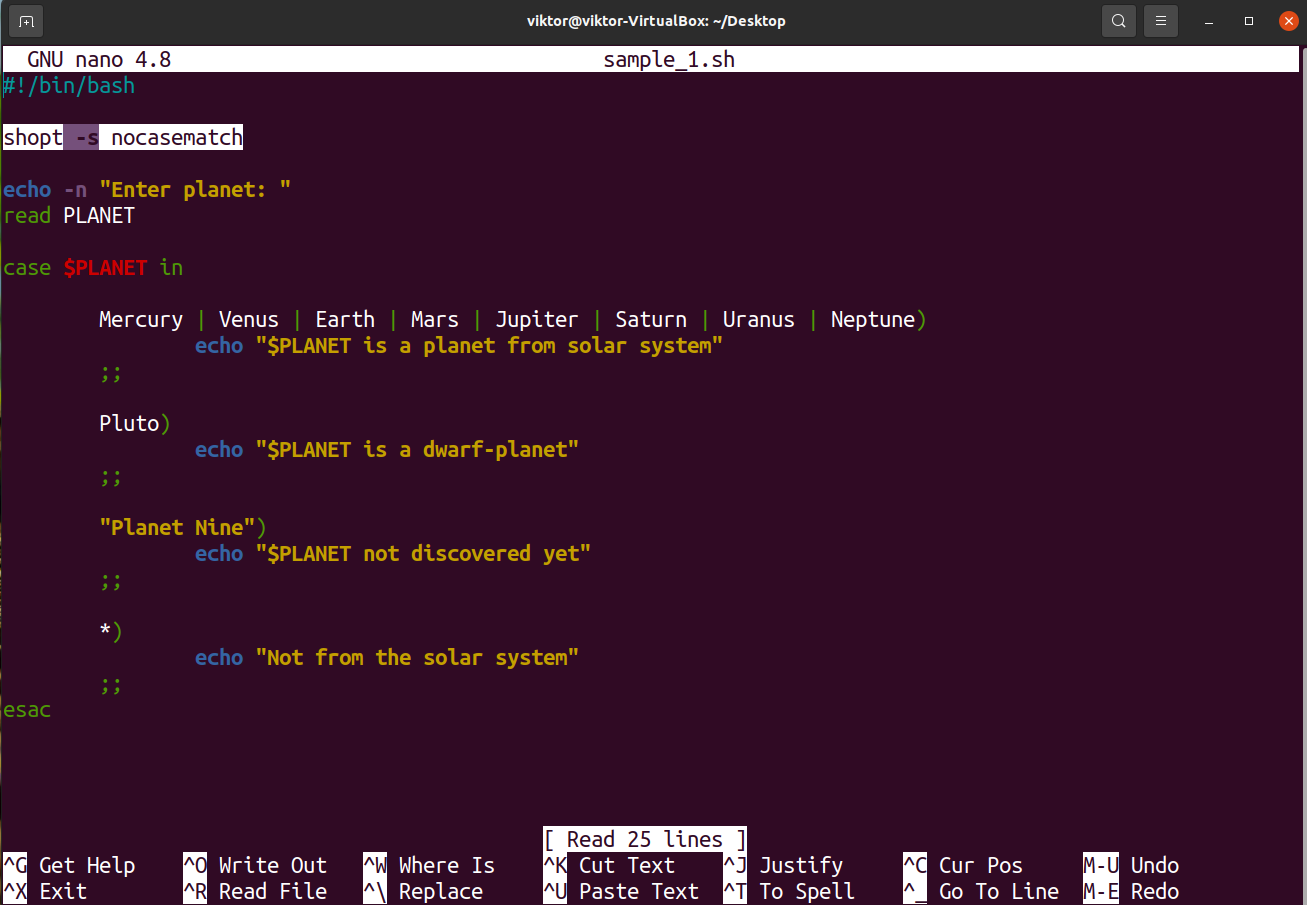 Now, test the script. Enter the value with a different case.