tmux is an open-source software that allows you to use multiple command terminals simultaneously. It was developed for Unix and other operating systems based on Unix. The big advantage of using a terminal multiplexer (tmux) is that it allows you to do different terminal tasks at the same time allowing flexibility in work.

In this article, we will be discussing tmux windows in detail. Also, the set of different commands that are used while working with tmux windows and how you can manage them when you divide them into panes. Continue reading to find out everything you need to know about managing tmux on windows.

How to Control tmux?

2. The second way of controlling tmux is using a command line that pops up at the bottom of the window while using tmux. To get the popped-up command line, press “Ctrl+b+:”. In the command line, you can enter the tmux-specific commands such as “resize-pane -z”. The said command will let you zoom in on the pane to have a better look at what is written.

After discussing the ways you can instruct tmux, let’s move on to the commands that are used to control tmux windows and panes. After starting a new tmux session by using the command mentioned above, you can use the following commands: 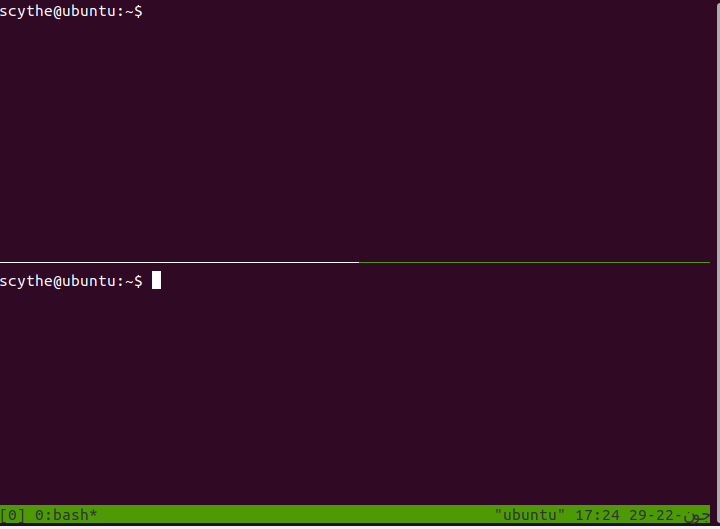 2. Each tmux window and pane are numbered. To access different windows and panes, there is the provision of moving between them and you can use the numbers to access them. These are the following ways you can move between panes:

3. To rename a window, you can use press “Ctrl+b+,” and then write the new name.

4. To display the list of windows that have been made, you can press “Ctrl+b+w”.

5. You can use different commands to resize tmux panes. First, you need to make the command line pop up using “Ctrl+b+:” and then enter the commands. The commands are as follows:

You can also specify the size of the pane you want to be resized.

You can also choose to resize a pane which you are not currently working on.

6. Usually, the commands you enter work on the pane you are currently working on. Yes, you can specify the command to be executed on an “unselected” pane. But in the case you want to apply the commands to all the panes simultaneously, use the following command:

Press “Ctrl+b” and then enter this command:

After this, any command you enter will be executed on all the panes.

7. To change the color of the status bar appearing on the windows, you can open the configuration file for editing it.

After opening the file, add the following script to it:

This was an article on how to manage the windows and panes you create while using tmux. We looked at the different commands that you use for managing them. Refer to the methods mentioned above whenever you find managing tmux on windows difficult.