Minecraft is an open-world game that comes with endless possibilities. One of them is the enchantment process used to provide you with additional abilities depending upon the enchantment you are using. Some of its benefits are that it can give new abilities to the weapon you are using, or it can also make you strong by improving the durability of the armor you are wearing. Also, it can be used to repair your armor and weapon when needed.

XP farm, also known as experience farm, is one of the best methods to provide items necessary for the enchanting process. Not only that, but this farm can also provide you with items that you can use for the crafting process. Many XP farms are available, such as fish, gold, bamboo, or Mob farms. The focus of this article is to make a mob farm to give you a detailed understanding of how this farm works. You can make a mob farm by adequately following the below-mentioned steps. 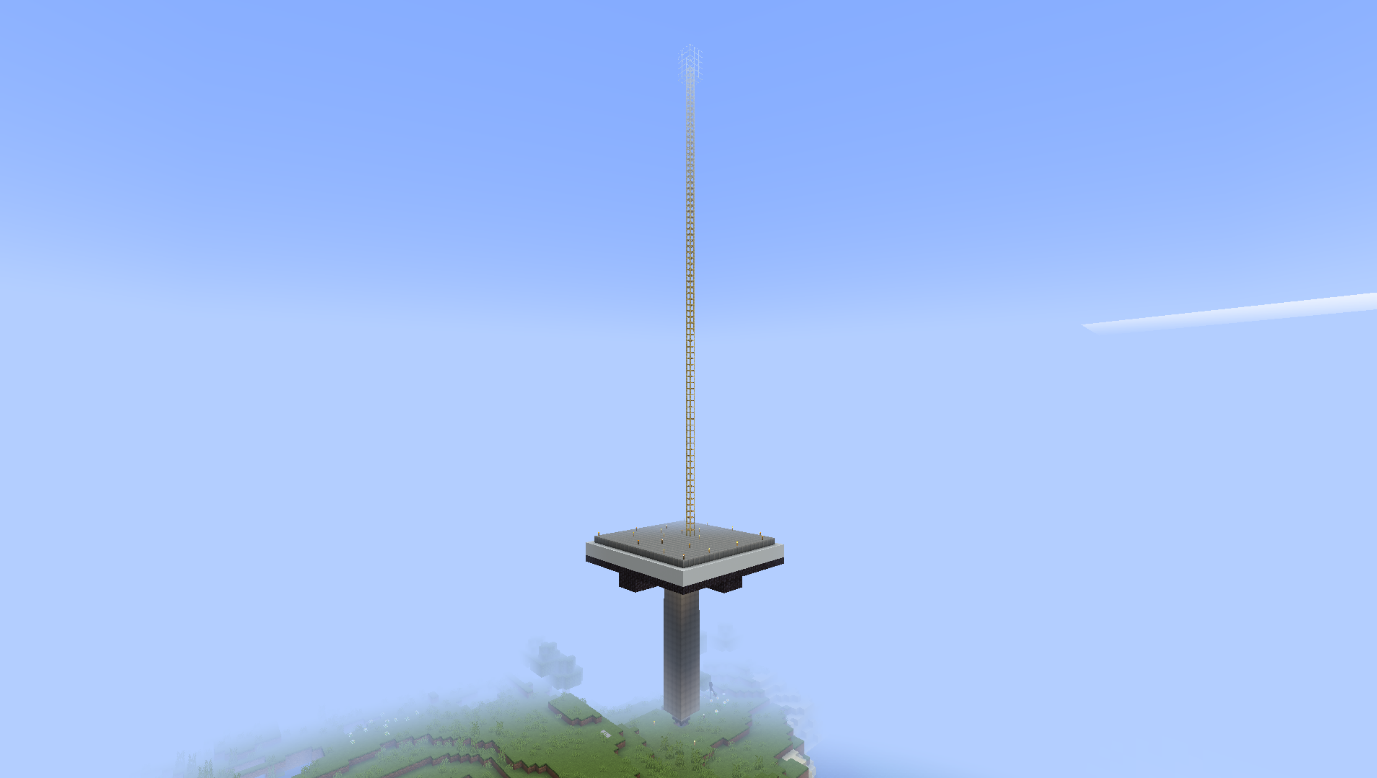 Place 4 chests in a hole

First, you need to dig a hole and place four chests connecting all inside it to act as a building block for our XP farm. Here the chest will serve as a storage unit that will store all the items from the mobs. 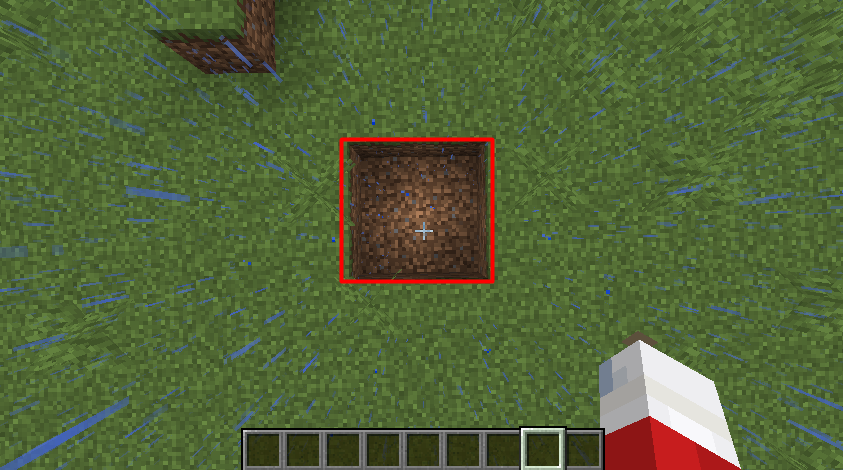 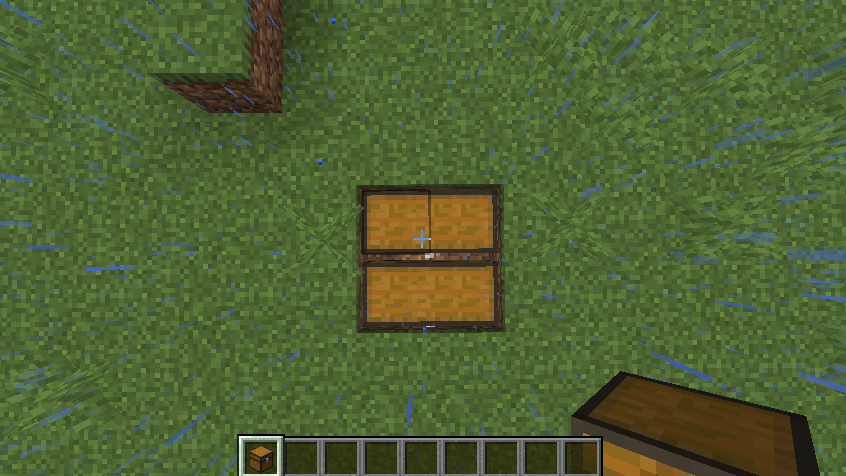 You can craft the chest by placing 8 wooden planks of any type on the crafting table, like in our case, we are using the birch plank. 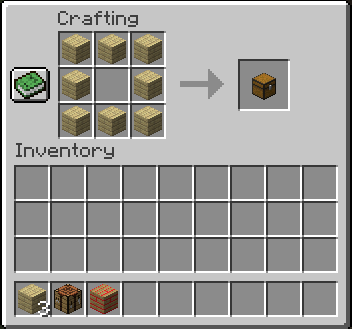 The next step is to place 4 hoppers above it that should be connected with a chest. Later place 4 stones on a hopper. 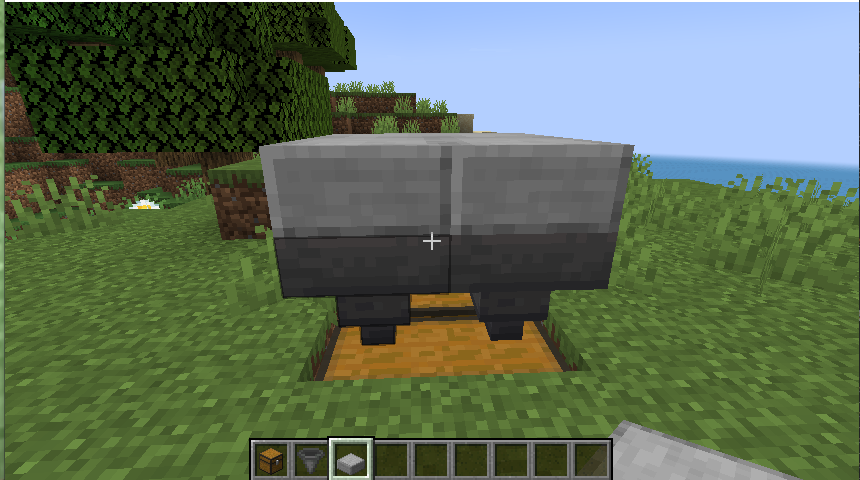 You can make hoppers by the following image shown below. On the other hand, you can get the cobblestone by finding a stone block and then digging it using any pickaxe. 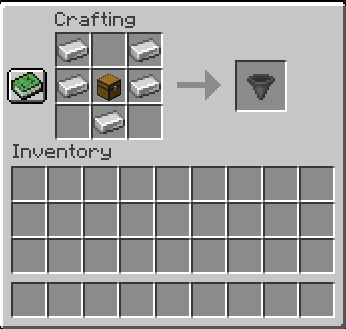 Make a cobblestone wall, like shown in the image below. The reason is that mobs will drop here, and they can’t escape, so we can kill them quickly to gain some experience and some random items. 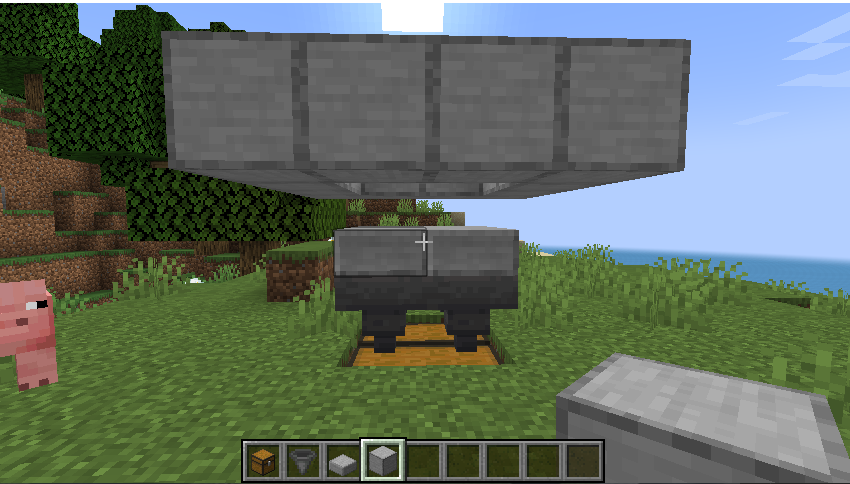 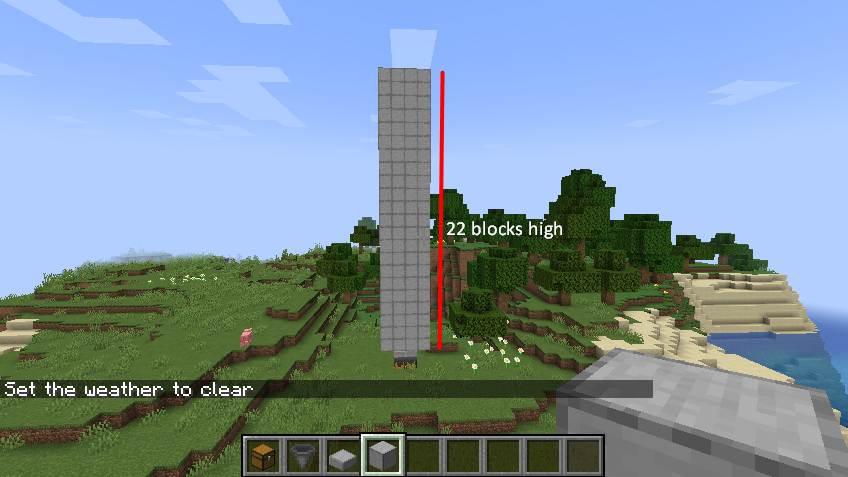 The next step is to make 4 bridges having a length of 8 blocks each. After that, make a wall around the edges that should also be two blocks high. Now create a platform and connect everything and make another wall that should be two blocks high from the edges. The step-by-step construction is mentioned in the images below. 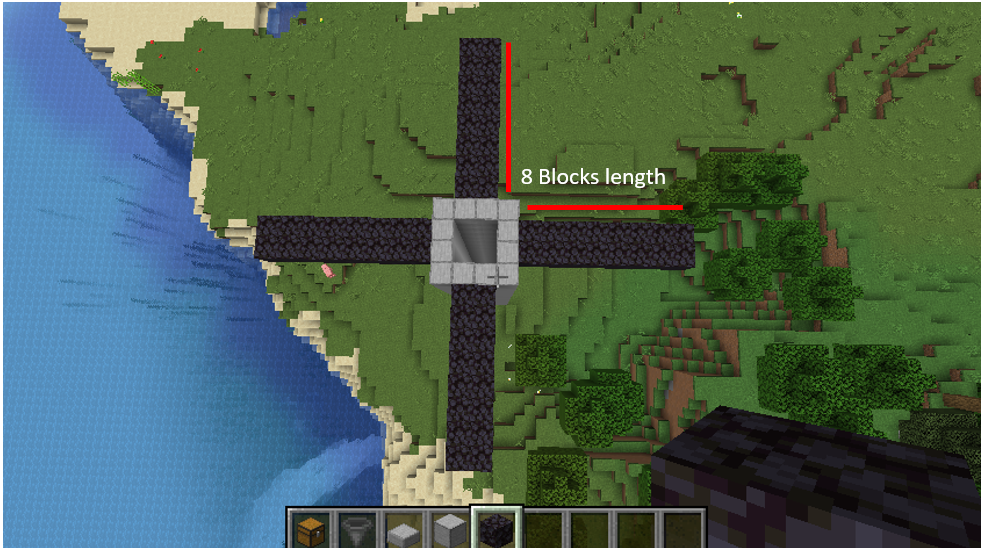 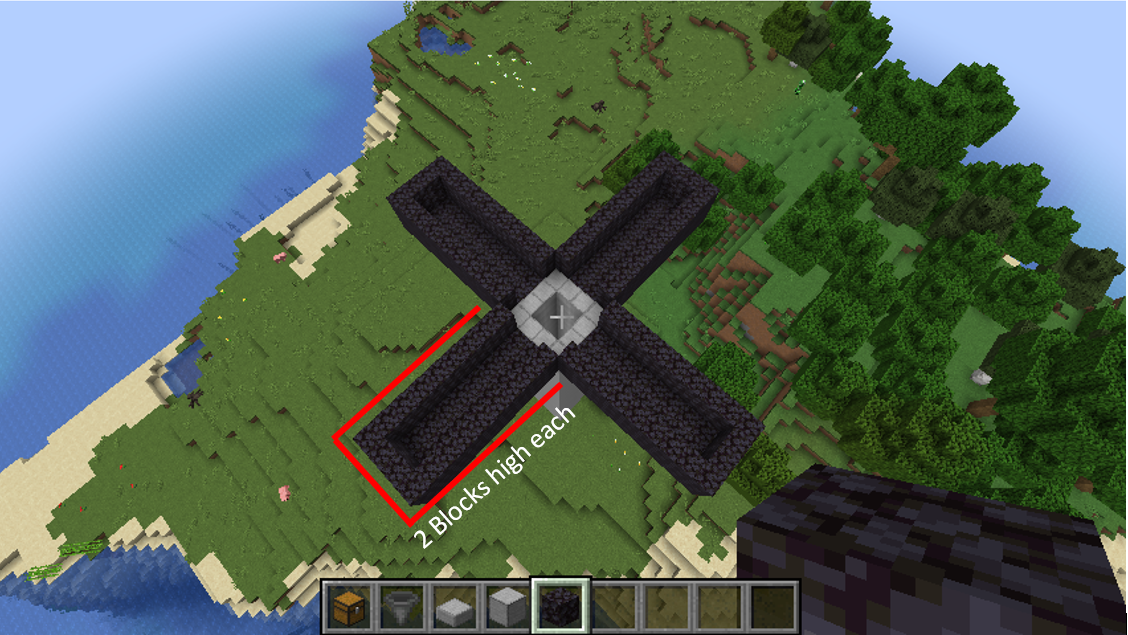 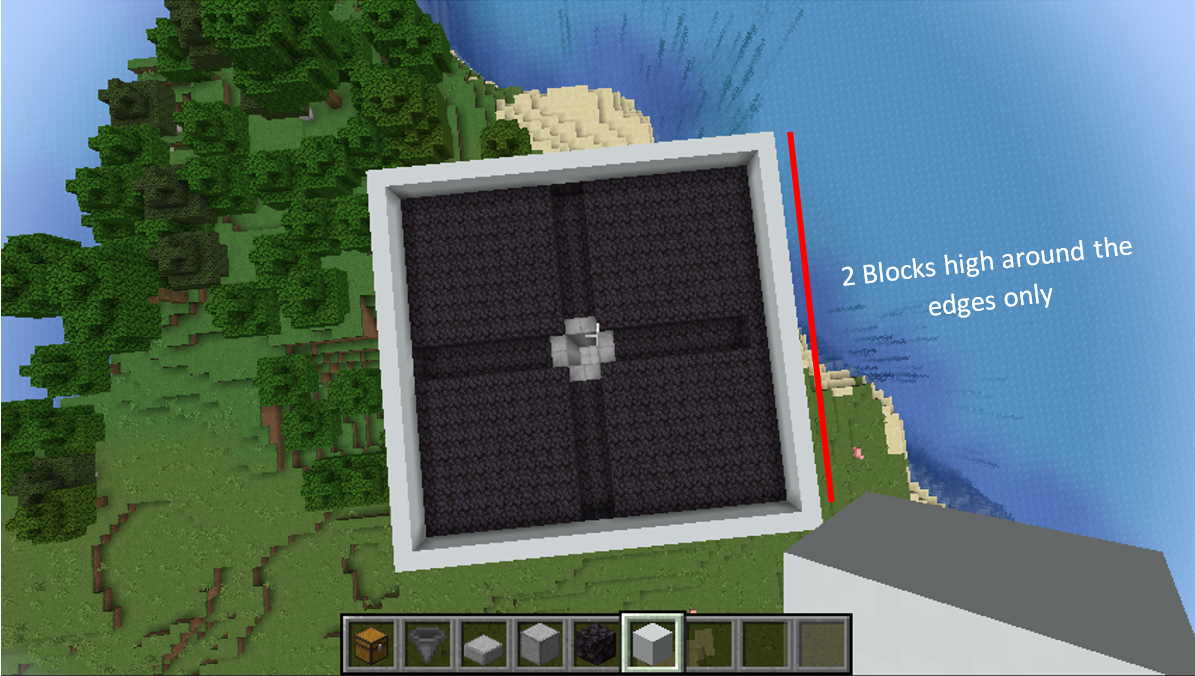 Mobs usually come in the dark, so it is better to place a roof on the bridge so no light can pass internally. Also, put some torches on the roof to avoid mobs from appearing there. 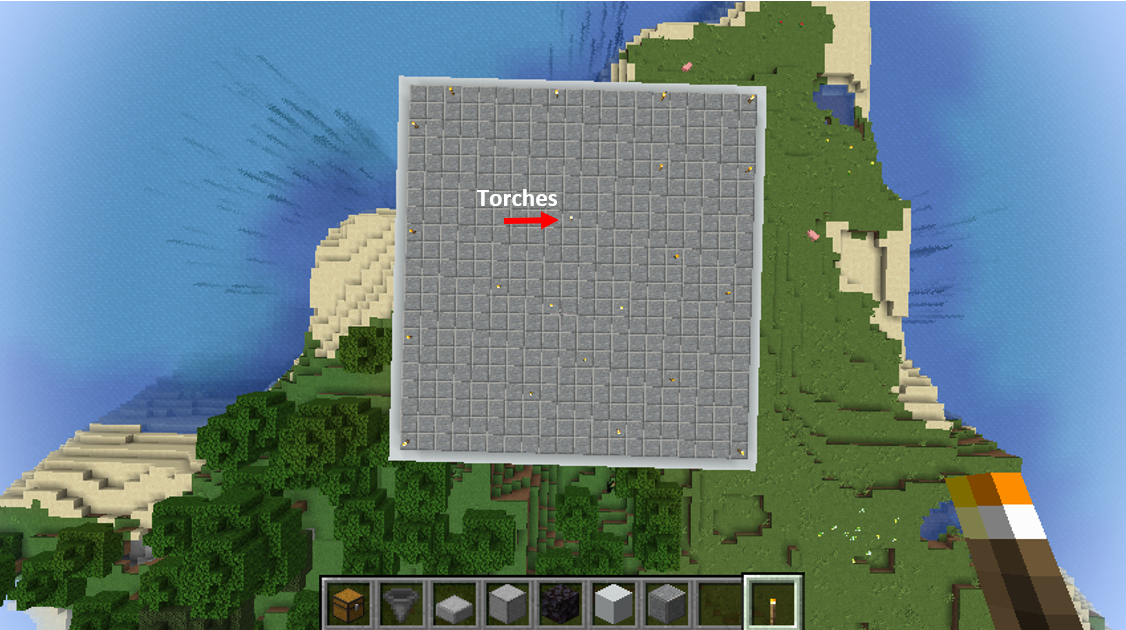 Place the trapdoor and water 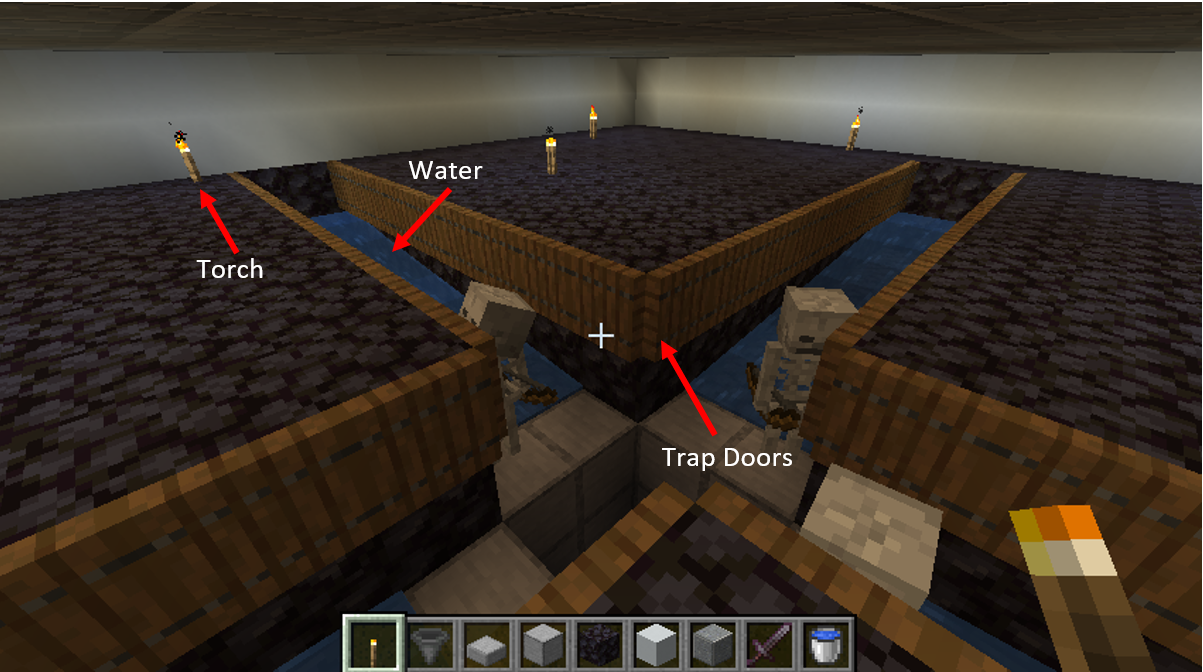 You need to follow the below mentioned recipe to make the trapdoor and water bucket. 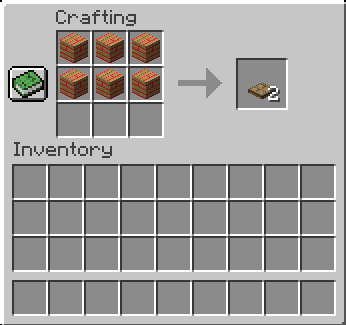 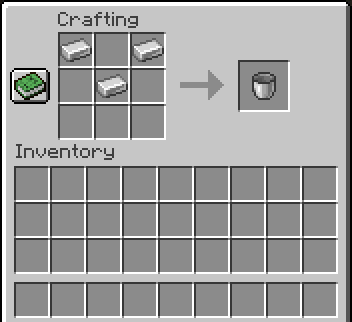 Make a Ladder on top of the roof

You need to create a ladder of 80 blocks based on a scaffolding item and then climb it to the top. It is recommended not to do anything now for at least 5 minutes, known as away from the keyboard (AFK). Mobs can spawn quickly by this process as the chunk is idle and no one uses it as you are very far away from the main building. You can craft the scaffolding by using the following method. 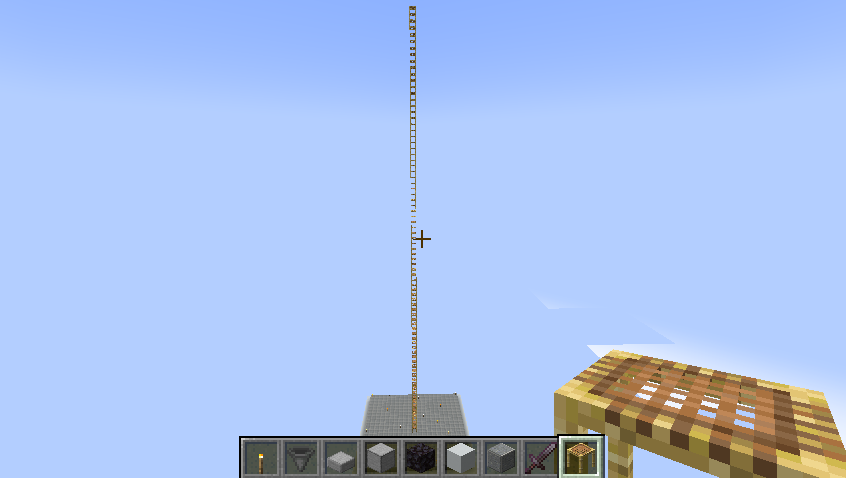 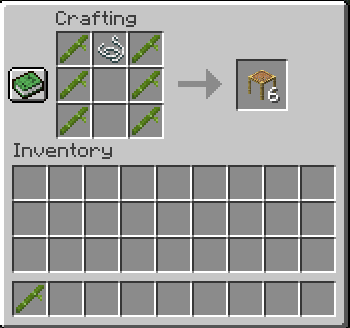 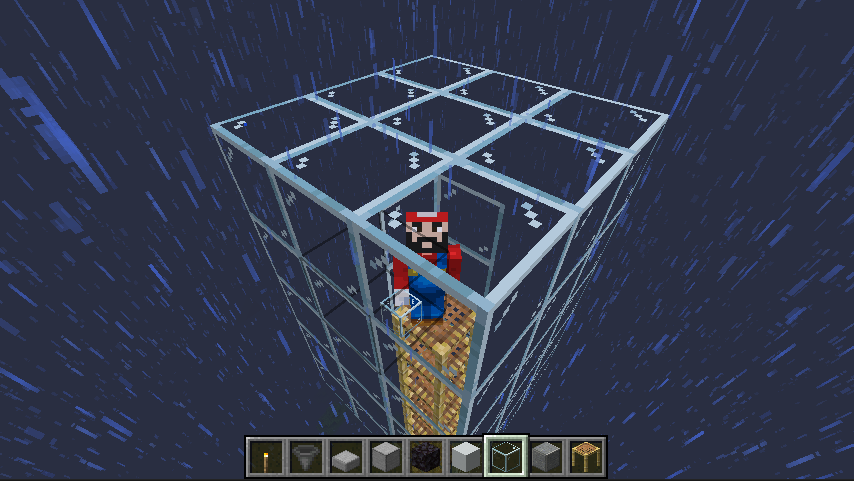 If you have followed all the steps mentioned above correctly, you will see some mobs at the bottom of the surface. You can kill them by using a sword that will give you some items and additional XP that can be seen below. 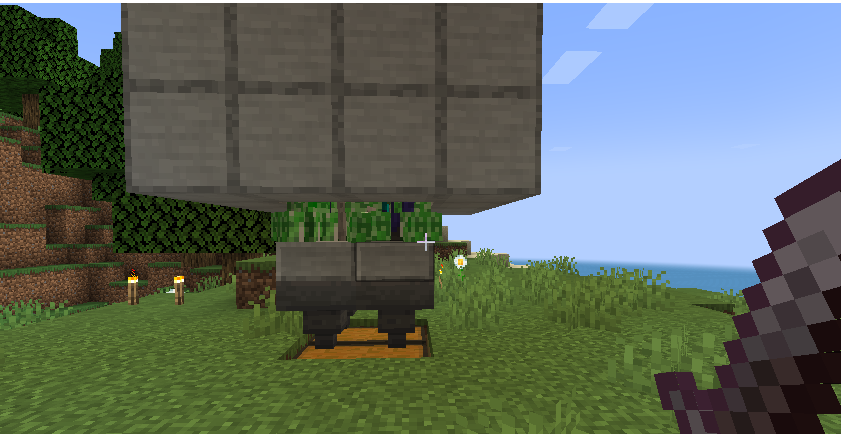 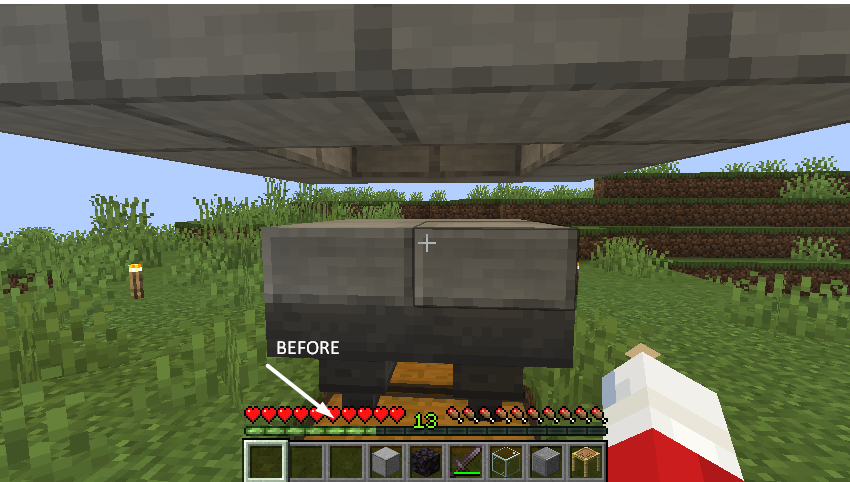 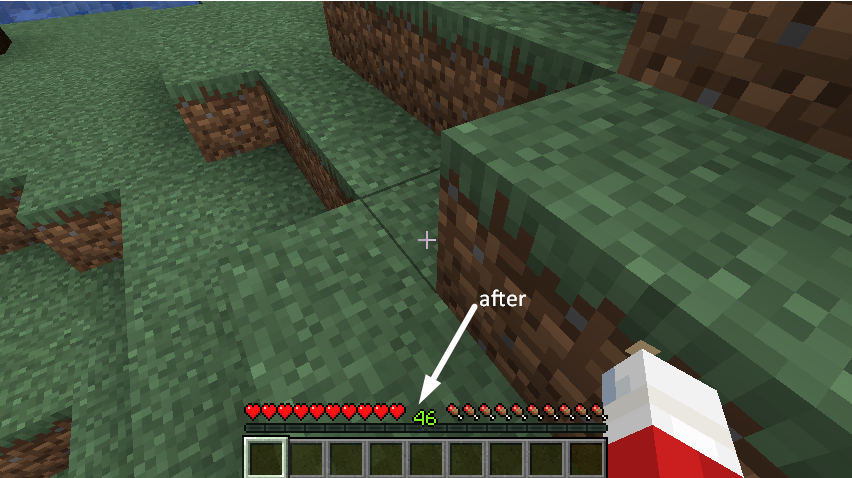 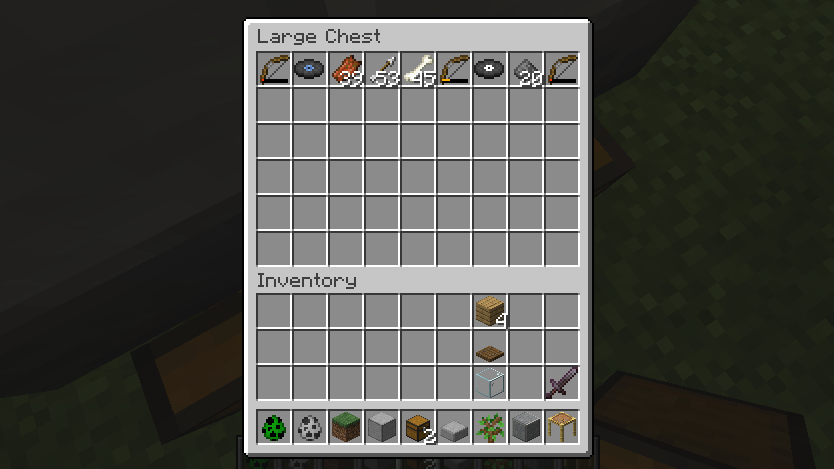 Experience farm (XP) is a type of farm used to provide new powers to the user. Those powers can offer unique abilities to the weapon or improve the durability of the armor a user is wearing. Also, it can be used for enchanting for the crafting of rare items. It’s tiresome to create the XP farm, especially for beginners, but once it is made, you gain benefits from it repeatedly.