There are lots of food items available in the game but the golden apple is one of the premium food items that can be used for multiple purposes. You can’t find this item naturally and you can get it by only making it. You can use this to reduce your hunger level or tame a horse. Other than that you can use this to trade valuable items with piglin mobs that are only found in the nether biome.

You need 8 golden ingots and 1 apple on the crafting table to make a golden apple. 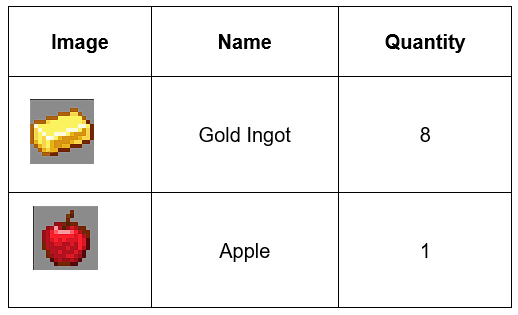 How to make a Golden Ingot in Minecraft

The first thing that you need is to make an iron pickaxe that you need to use to mine the golden ore for later and you can’t mine it using a wooden or stone pickaxe. You can also mine the golden ore using a diamond or netherite pickaxe, but these are more complicated to be crafted and that’s why we are using an iron pickaxe for mining gold ore. The recipe for making the iron pickaxe is mentioned below where you need to place 3 iron ingots and 2 sticks in the exact same order on the crafting table.

After making this, you need to find the golden ore in the caves and dungeons which looks something like shown in the image below. 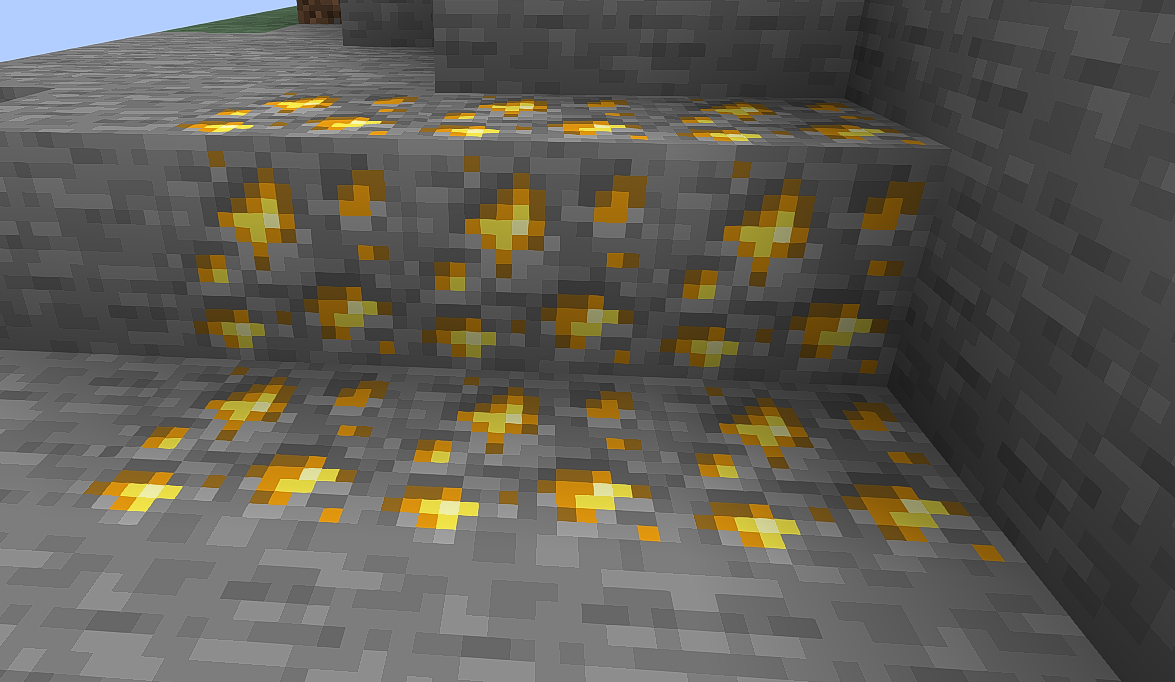 As mentioned earlier, you need 8 golden ingots and for that, you need to mine 8 blocks of golden ore to make one golden apple.

The next thing you require is a furnace that will be used for making golden ingots. If you don’t have one, then you can make it by placing 8 cobblestones on the crafting table. You can get these by mining 8 normal stones that you can do by the same iron pickaxe you have used earlier for mining gold ore blocks.

Now you need to place these golden ore blocks on the furnace and you will get the golden ingot for each block. Other than that, you will also need a fuel source and here we are going to use wooden logs because they can easily be found.

How to Get the Apple in Minecraft

One way to get an apple is by chopping down the oak tree but the probability is very low and you need to chop lots of those trees to get one apple.

As you can see, I got so many wooden logs and only one apple by chopping different trees. You can also find the apples by opening the altar and storeroom chest in the stronghold biome or by opening a weaponsmith and plain house chest in the village biome.

How to Make a Golden Apple in Minecraft

You can make a golden apple by placing 8 golden ingots and 1 apple on the crafting table.

The golden apple is now ready to be used either by yourself to replenish your hunger level or to feed the animals to tame them.

Golden apple can be called the king of all food items in Minecraft as it is one of the most premium food sources available in the game. What makes it premium is its uses as you can tame a horse a lot quicker and you can also use it to recover your 4 levels of hunger as well. Other than that, it is the only food item that you can use to trade with piglin on the nether biome.