The use of the Arduino platform has brought ease in using the microcontroller in making different projects and now using Arduino boards we can create a number of projects. Recently the global pandemic caused by COVID-19 has urged people to create contactless devices so that the further spreading of this disease can be stopped. So by keeping in view the COVID-19 situation we have created a contactless doorbell and the idea behind making the doorbell is that it’s the most frequently used device in every house which can be effective in spreading the virus.

To make the doorbell which does not require any human interface we have used an ultrasonic distance sensor (HC-SR04) by giving a minimum distance to detect the hand of the visitor. When the visitor brings his/her hand within the defined range of the sensor it will trigger the doorbell.

After finalizing the necessary components we can now create a circuit and we have given the schematic below that shows the design of the circuit. 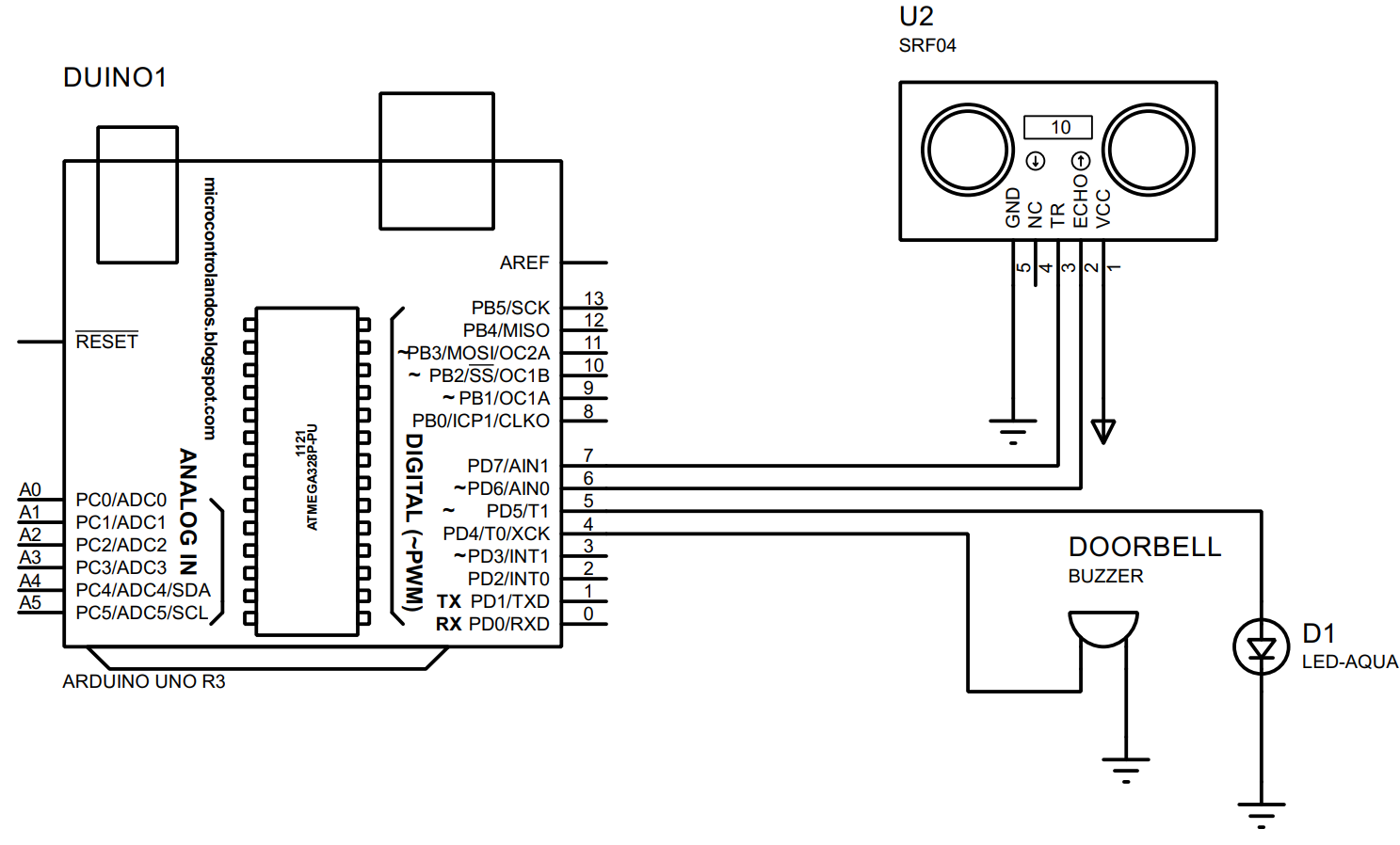 To implement the circuit design given above we have to create the hardware assembly as shown below. 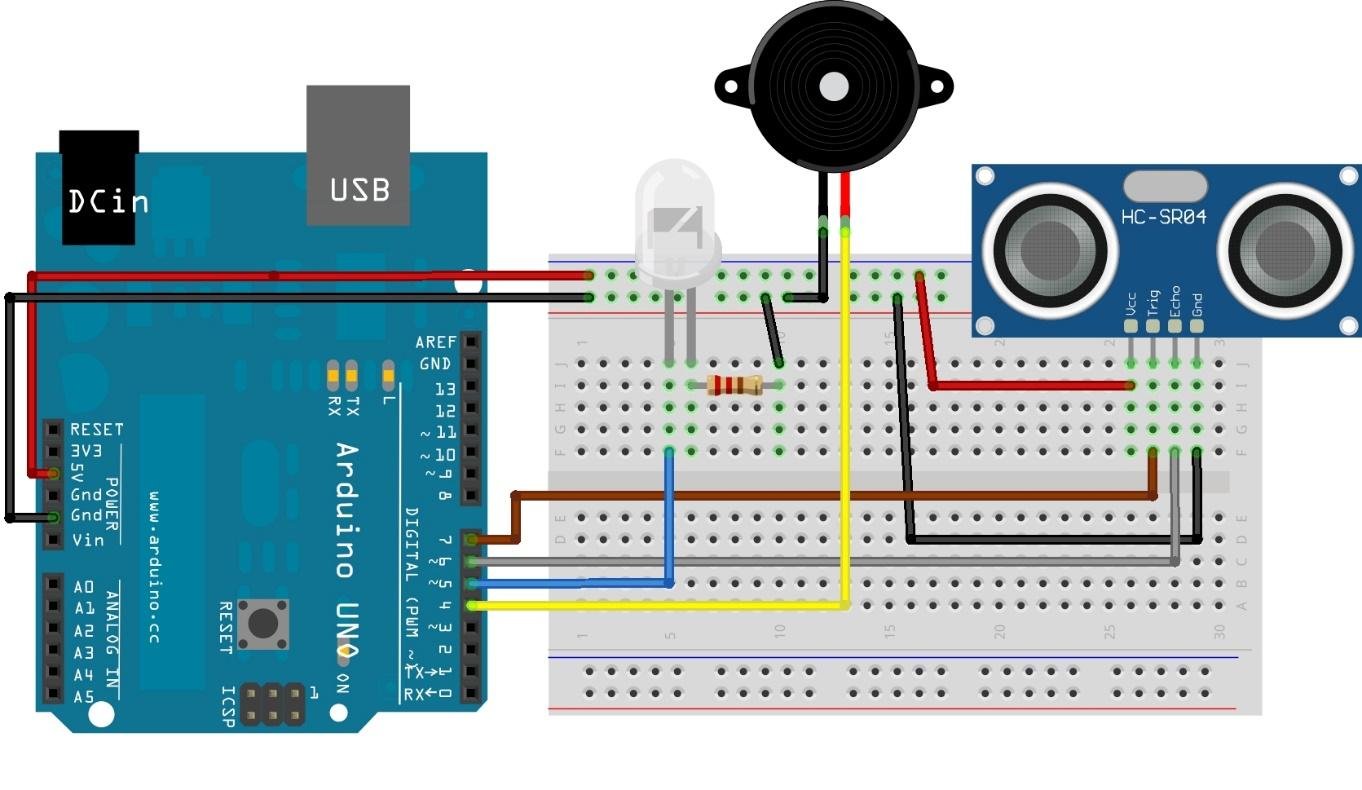 The hardware assembly gives the idea of what the circuit will look like on the actual hardware and also it further clarifies the connection of each component used in the circuit.

To connect the buzzer with Arduino we have used the Arduino pin 4 and the connection is represented by the yellow wire. Similarly, we have also used the LED for indication which is connected to the pin 5 of the Arduino using the blue color wire.We have supplied 5 volts to the topmost pin rows of the breadboard using the 5 volt pin of Arduino and from there we have connected each component with supply.

To create a doorbell that does not require any human interface we have programmed the microcontroller using the Arduino IDE and the respective code is given below:

The compiled Arduino code for making the contact-less doorbell is quite simple. First we have assigned the pins for each component and declared some variables for storing the values. After that we assigned modes to each component and in the loop section of the sketch, we first generated the pulse using the trigger pin of the sensor.

To detect the incoming pulse, we have used the pulseIn() function and then we have calculated the distance in centimeters using the following formula:

We have implemented the hardware assembly described above on the actual hardware that can be seen in the image below: 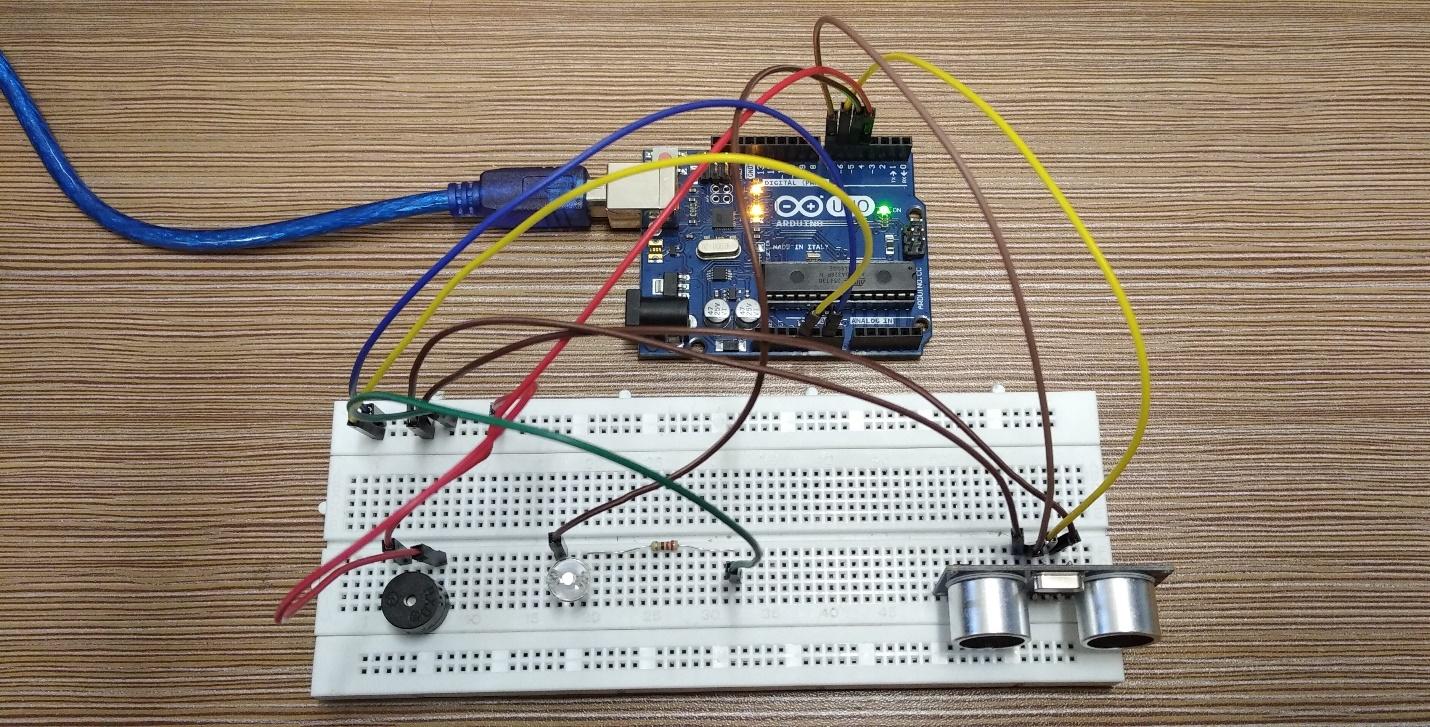 Below the animation shows the working of the sketch compiled for creating the non-touch doorbell:

Since we have used a buzzer as the doorbell in this project, we can also use the conventional doorbell. To run the doorbell on an AC supply you have to use a relay that will work according to the output of the sensor. The hardware assembly to make the AC doorbell contactless is given in the image below 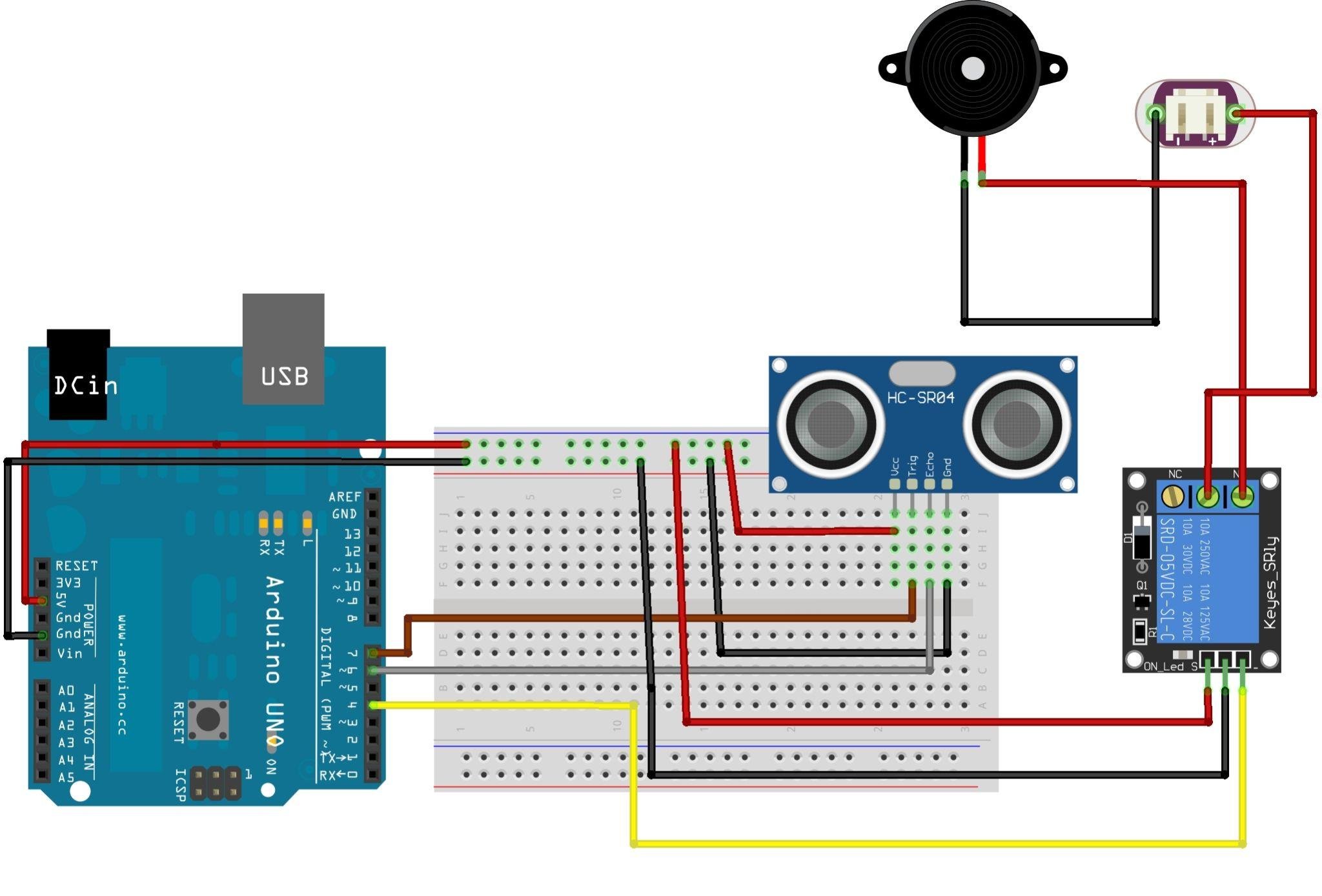 The trend towards making devices that require no human interface has been increased recently due to ongoing pandemic and there are a number of devices that can be made functional without human interface. One of the most common devices is the doorbell and this device is also one of the frequently used devices in our daily routine. So, we have created a non-touch doorbell using the distance sensor with Arduino Uno. We have also provided the Arduino sketch used to program the microcontroller and simulation for the hardware that we have assembled.