A chicken farm is used to collect a large number of chicken eggs from a flock of chickens. Contrary to cows and sheep, chickens are the most farmable creatures in Minecraft because they do not need food to grow or reproduce. Additionally, cooked chicken almost restores hunger as well as other cooked meats. Using this chicken farm in a fully automated manner, you will regularly receive pre-cooked chicken. It comes with an egg-dispensing and chicken-killing system built from an automated egg supply and produces additional end products such as cooked chicken and feathers. This machine will also not use any fuel for its functioning, nor do you need to worry about the slaughter or breeding of the chickens as it does it all on its own.

The eggs are fired out of a dispenser after they are laid by chickens. When the egg lands, there’s a possibility it’ll hatch into a young chicken who will calmly sit beneath a hanging lava source. Because of its low cost and the amount of food it can produce in the long term, this extremely simple automated chicken farm in Minecraft is great. Because the entire process can be mechanized owing to eggs, dispensers, and hoppers, chickens are arguably the greatest animal to breed for food. Now let’s discuss the construction of the chicken farm step by step in detail.

How to make a chicken farm in Minecraft

A chicken farm consists of various steps that will be discussed in this article as follows.

Build a glass base to store chickens

Let’s start by building a glass base that is used to store the chickens. You can also use other materials such as any stone, but glass is transparent, and everything can be seen very clearly, so that’s why we are using it here. 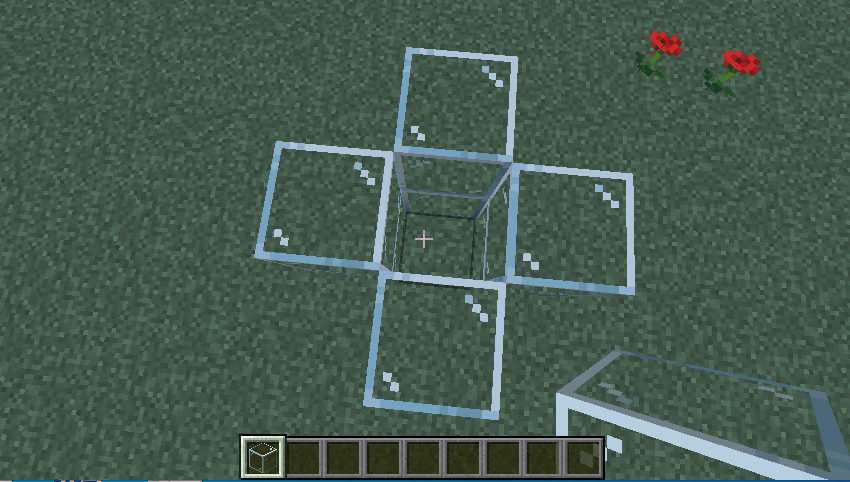 Place a hopper and chest

The next step is to dig down beneath the glass space to make some additional space. After that, you need to place the hopper along with a chest. The hopper picks up or removes items from adjacent containers or throws them from the top. They can be deactivated using Redstone signals. After that, all the items collected by the hopper will be stored in the chest connected to it. 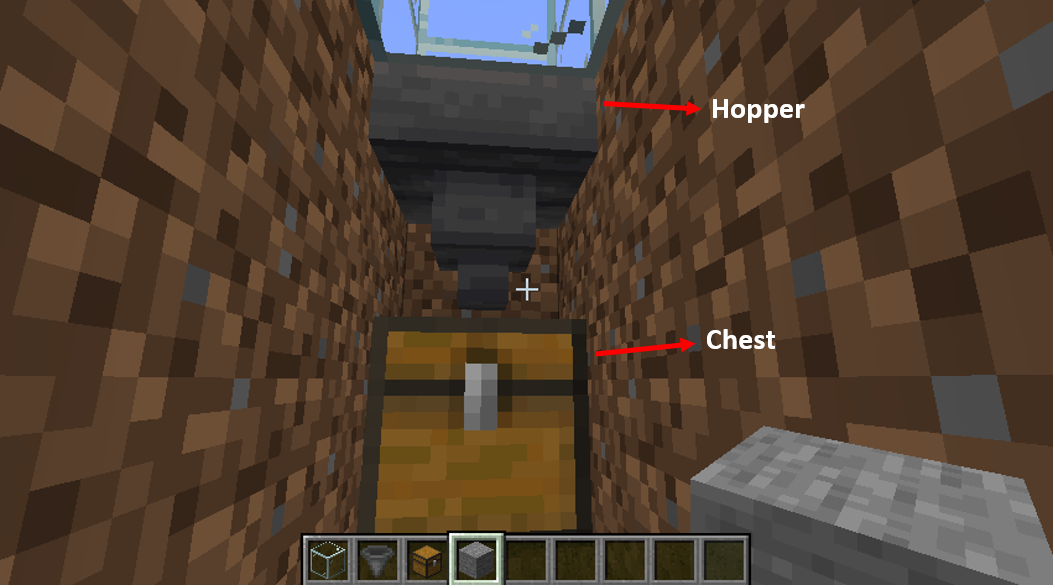 Place a hopper and a dispenser 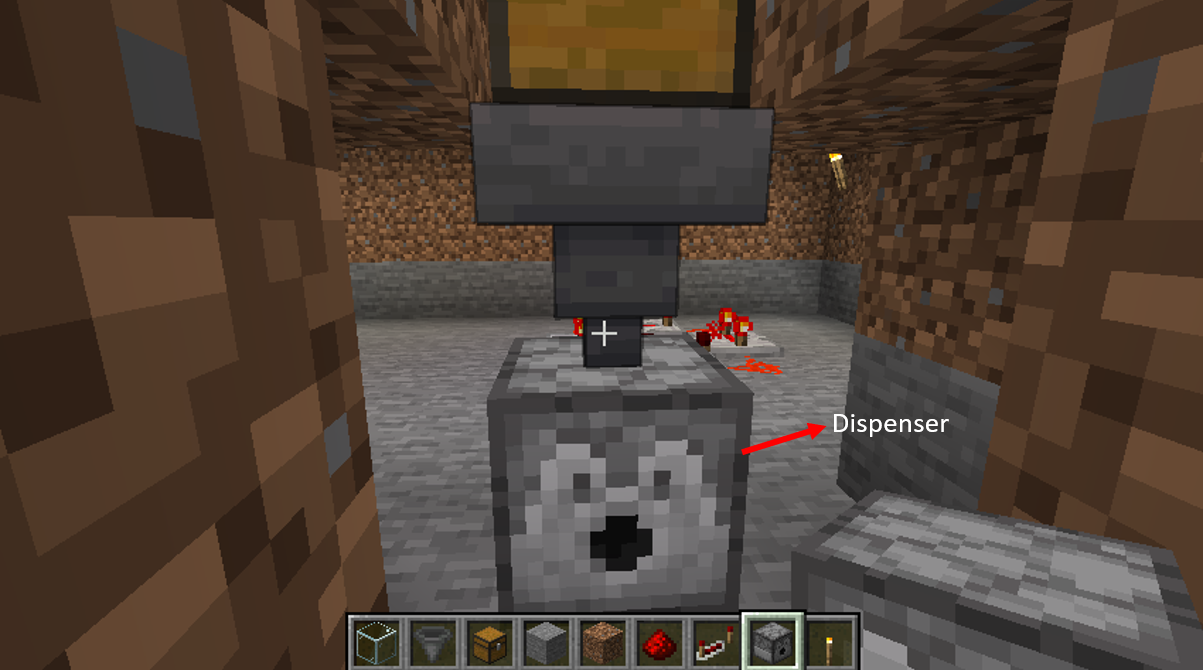 First, you need to dig to make the adequate space that should be sufficient for placing four repeaters and redstone, as shown below. We have also used some torches as well to make the pathway bright. 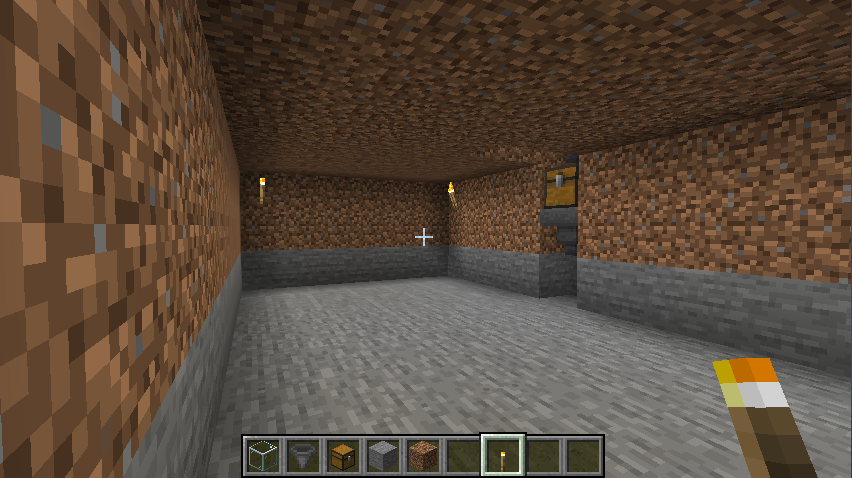 The next step is to make a redstone circuit by placing four repeaters and redstone alongside it, as displayed below. 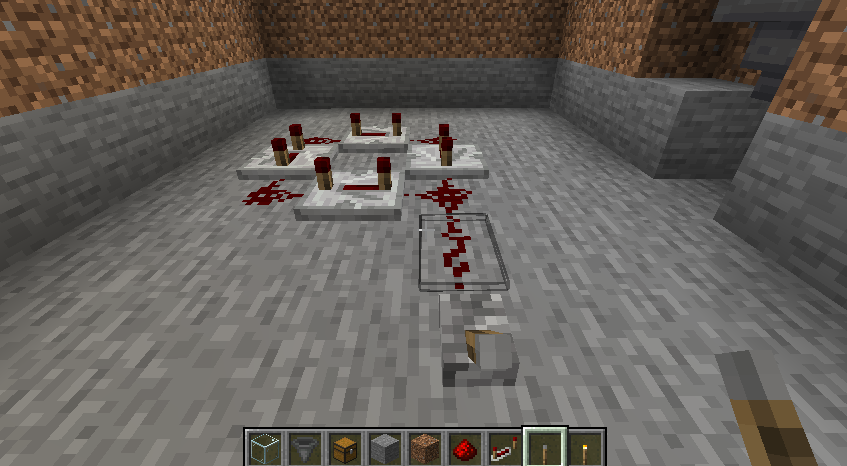 After completing the circuit, you need to press the lever to activate it as well. Pressing the lever will trigger the redstone that will glow, which shows the circuit is fully working. 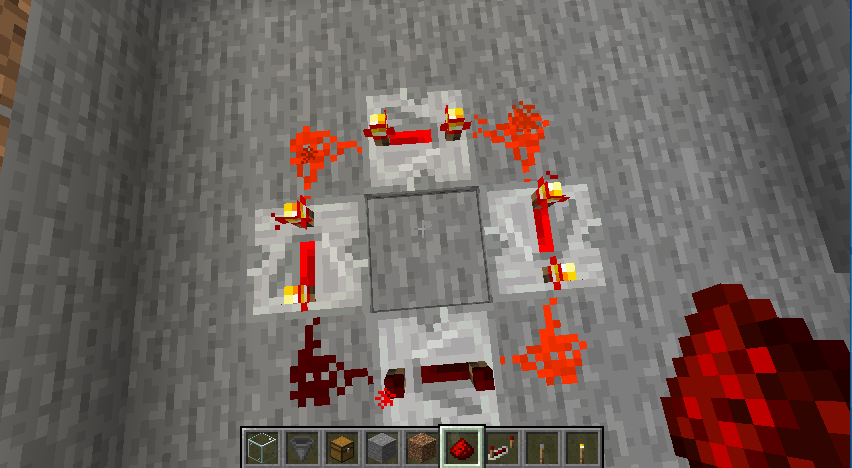 The dispenser will throw the eggs when it receives the signal from the redstone. So you need to connect the redstone with the dispenser after completing the circuit, as shown below. 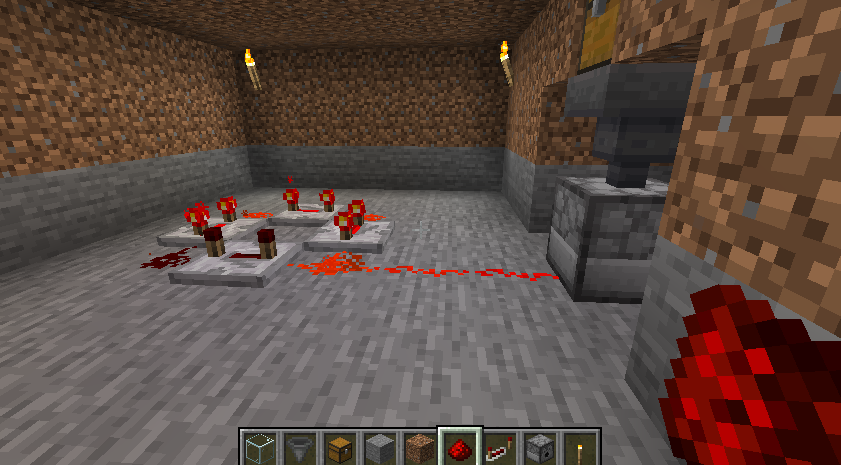 Create a pathway for some water source

You need to place some water in front of the dispenser. The dispenser then throws the eggs in water that will float in the water. Later those eggs will hatch, and chicks will be born that will later turn into a chicken. You also need to place the board used to block the water, as shown in the image below. 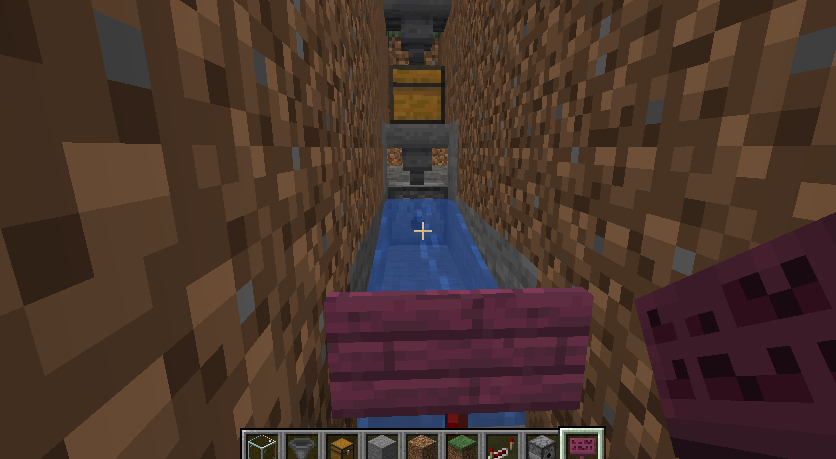 Place Lava to cook the chicken

The fully grown chicken will later move towards the lava from the water source. After they are dropped into the lava, they will be fully cooked, and then you need to place the hopper and the chest below the lava source to store the fully cooked chicken. 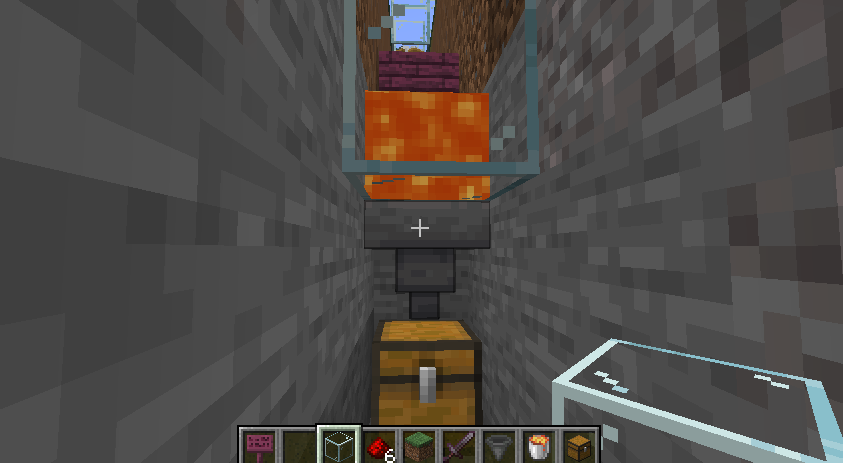 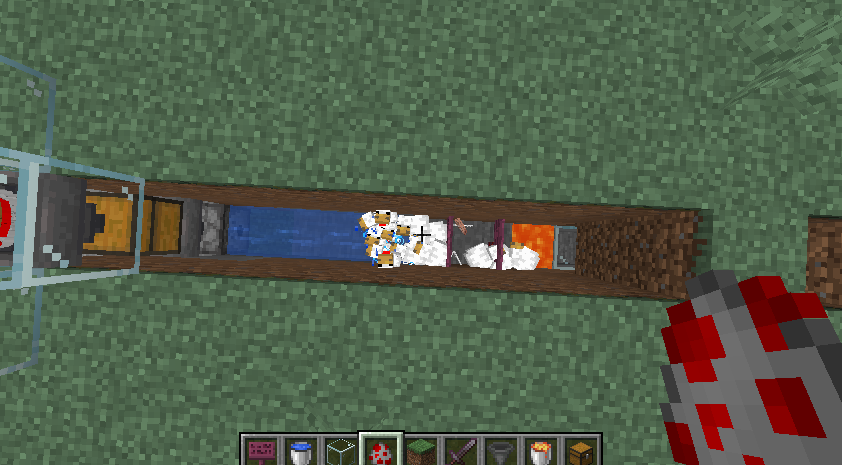 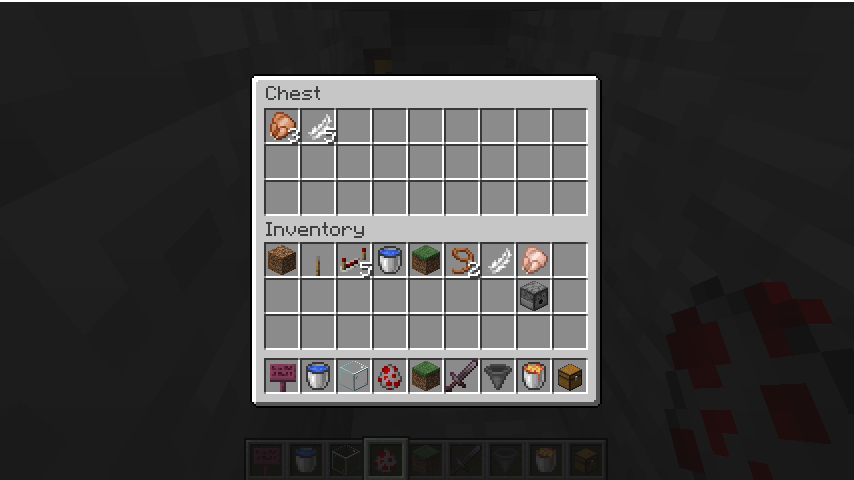 The chicken farm is one of the most commonly used farms when it comes to the food supply. The reason is that the chicken doesn’t need breeding, unlike cows where slaughtering is needed. Also, this farm is fully automatic so that it will provide you with pre-cooked chicken after a certain instant. Making a chicken farm is somewhat challenging for beginners, so this article has explained all the necessary steps to help everyone.