List all the available physical volumes by running pvs, pvscan or pvdisplay commands in the terminal. 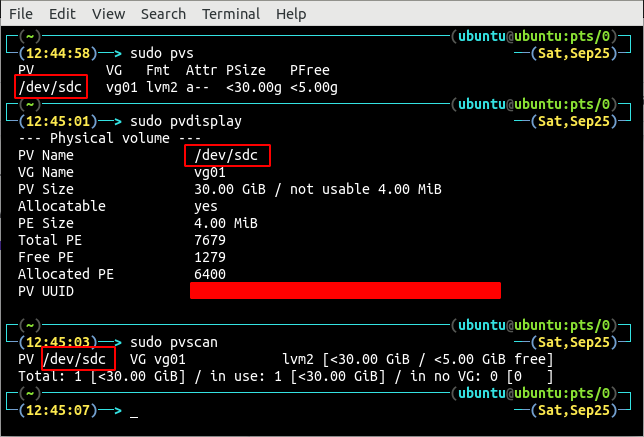 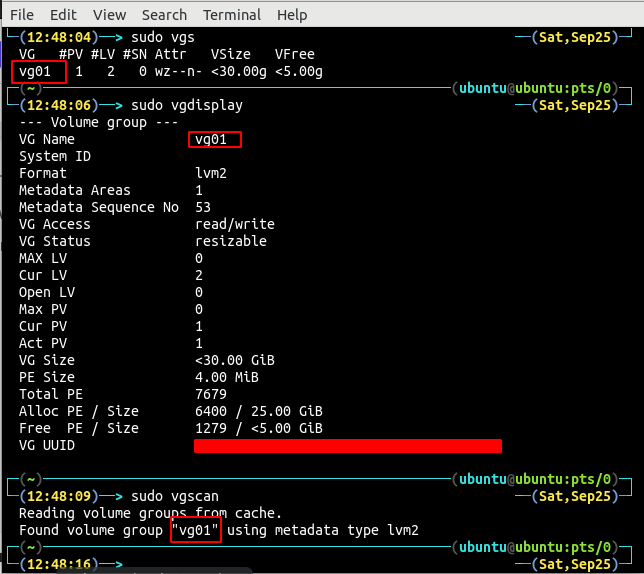 The command displays the presence of only one volume group vg01 on the physical volume /dev/sdc, in the system. The following commands can be used to find all the logical volumes over the volume group.

There are two logical volumes lv01 and lv02 on the volume group vg01.

First list all the physical devices connected to the system by using the lsblk command.

There are 3 physical devices connected to the system and one of them (/dev/sdc) is the device which is being used as physical volume. Now, attach a new physical device and again list all the connected devices.

There are four physical devices connected to the system. The newly attached device (/dev/sdd1) is currently mounted on the system. Unmount the /dev/sdd1 device as follows:

NOTE: Formatting the device will erase all the data in the device. Create a backup of the data before formatting it.

The output displays two physical volumes /dev/sdc and /dev/sdd created on the system.

Extend the volume group vg01 using the vgextend command to cover both the physical volumes. 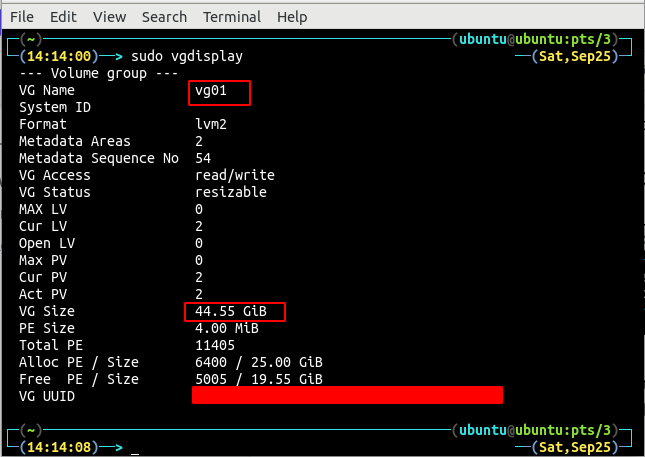 Display the available logical volumes with any of the following commands:

Currently there are only two logical volumes lv01 and lv02 with 15 GB and 10 GB space respectively. For this tutorial, we will extend the logical volume lv01 using the lvextend command from 15 GB to 25 GB. 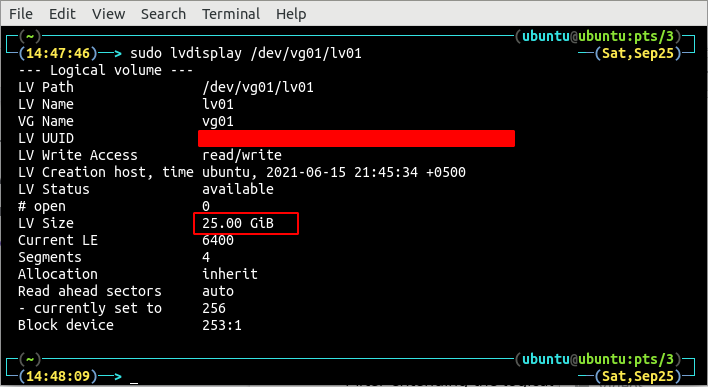 So, the size of the logical volume lv01 is now 25 GB and has been extended successfully.

Extend the Filesystem Mounted on the System

The filesystem size is not extended so it needs to be extended using the resize2fs command.

Now, the filesystem size is 25 GB and it has been extended successfully.

Logical volume size management on the running servers is one of the many job responsibilities of the system administrator. Such that they have to deal with its space shortage due to excessive data on a day-to-day basis.