Python is a modern high-level object-oriented programming language designed to help programmers create and write easy-to-understand and straightforward codes. It is a simple and easy high-level programming language, best and easy to understand for beginners. Its built-in high-level data structures, together with dynamic typing & binding, make it an excellent choice for rapid application development. Its simple syntax makes it more readable, which ultimately reduces the cost of maintaining the program. It supports various packages and modules that emphasize reusing the code and enhancing the program’s modularity. Its extensive standard library and several interpreters are available free of cost as well as online. Python’s capability of increased productivity makes the programmers fall in love with the language.

Moreover, the edit, test, and debug cycle is incredibly fast as there is no complication step involved. Python makes machine learning principles simple to learn and comprehend. It gives a bird’s eye view of how to step through a small or big machine learning project. This article is about what a logistic regression is and its classifiers. Let’s start with the fundamentals of logistic regression.

To start with a small or big project, the first thing you need is the data on which you will build a logistic regression model. Here is the command to prepare the model for the dataset.

Step 3: Load the data to build a dataframe

The next step is to capture the dataset, for which you need the following command to use:

This way, you can import the data from an external file; however, alternatively, you can define the dataset in the form of an array.

Step 4: Creating the logistic regression after loading the data

The next step is to develop the logistic regression in python after the data has been put into a python application. In this step, you need to set the dependent and independent variables. Here is how you can set the variable:

Now apply the logistic regression by following the command given below:

The final part is to plot the confusion matrix which shows the accuracy in true positive and false positive form.

To print the accuracy or, in other words, the classification report, use the following command:

Once you run all the commands, you will get a confusion matrix as well as a classification report. Take a look at the output below. 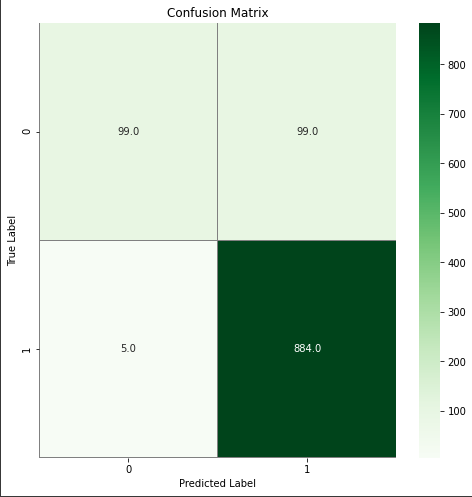 Classification report provides the accuracy of the trained model, which can be achieved by using the formula: