The key importance of Logistic Regression:

Problem: The first steps are to collect the dataset on which we want to apply the Logistic Regression. The dataset which we are going to use here is for the MS admission dataset. This dataset has four variables and out of which three are independent variables (GRE, GPA, work_experience), and one is a dependent variable (admitted). This dataset will tell whether the candidate will get admission or not to a prestigious University based on their GPA, GRE, or work_experience.

Step 1: We import all the required libraries which we required for the python program.

Then we create the Logistic Regression model and fit the training data.

Step 8: Now, our model is ready for prediction, so we are now passing the test (X_test) data to the model and got the results. The results show (y_predictions) that values 1 (admitted) and 0 (non admitted).

Step 9: Now, we print the classification report and the confusion matrix.

The classification_report shows that the model can predict the results with an accuracy of 69%.
The confusion matrix shows the total X_test data details as:
TP = True Positives = 8
TN = True Negatives = 61
FP = False Positives = 4
FN = False Negatives = 27

So, the total accuracy according to the confusion_matrix is: 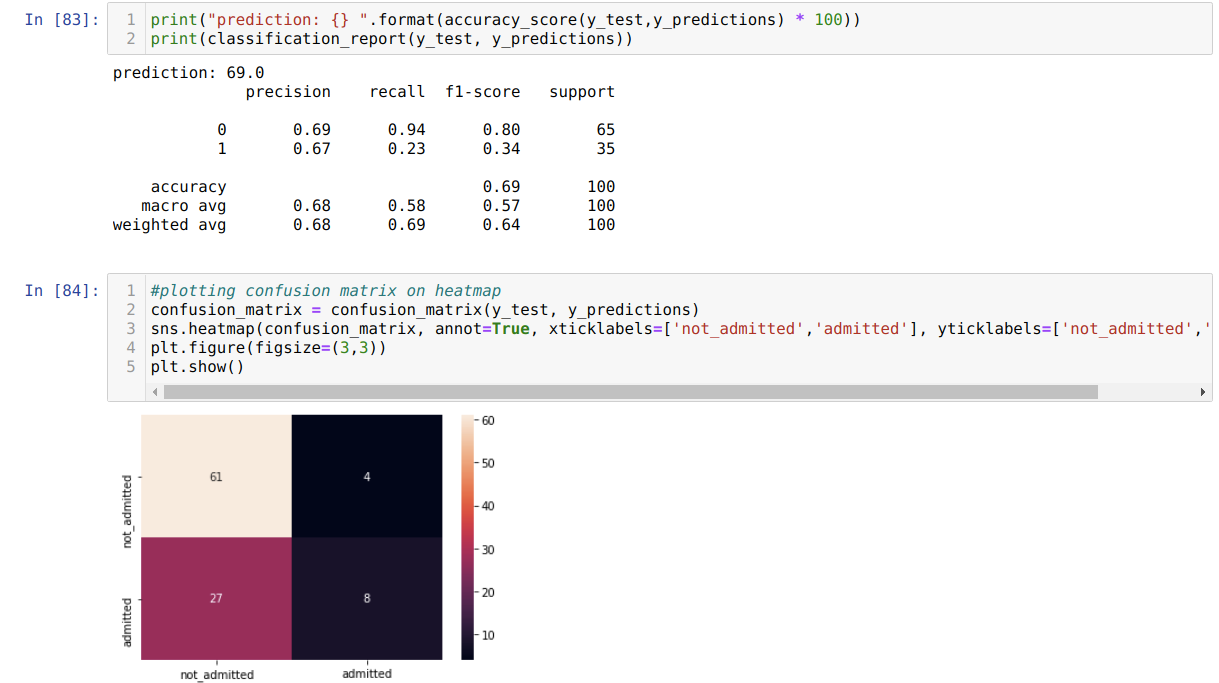 Step 10: Now, we are going to cross-check the result through print. So, we just print the top 5 elements of the X_test and y_test (actual true value) using the head pandas function. Then, we also print the top 5 results of the predictions as shown below: 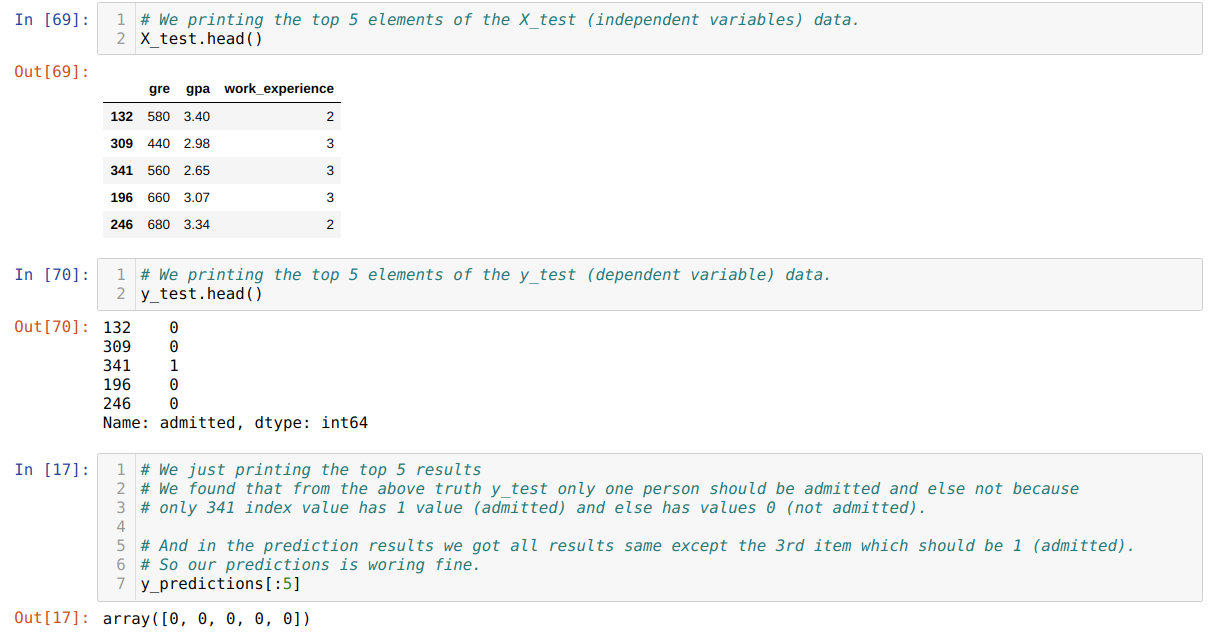 We combine all three results in a sheet to understand the predictions as shown below. We can see that except for the 341 X_test data, which was true (1), the prediction is false (0) else. So, our model predictions work 69%, as we have already shown above.

Step 11 : So, we understand how the model predictions are done on the unseen dataset like X_test. So, we created just a randomly new dataset using a pandas dataframe, passed it to the trained model, and got the result shown below.

The complete code in python given below: 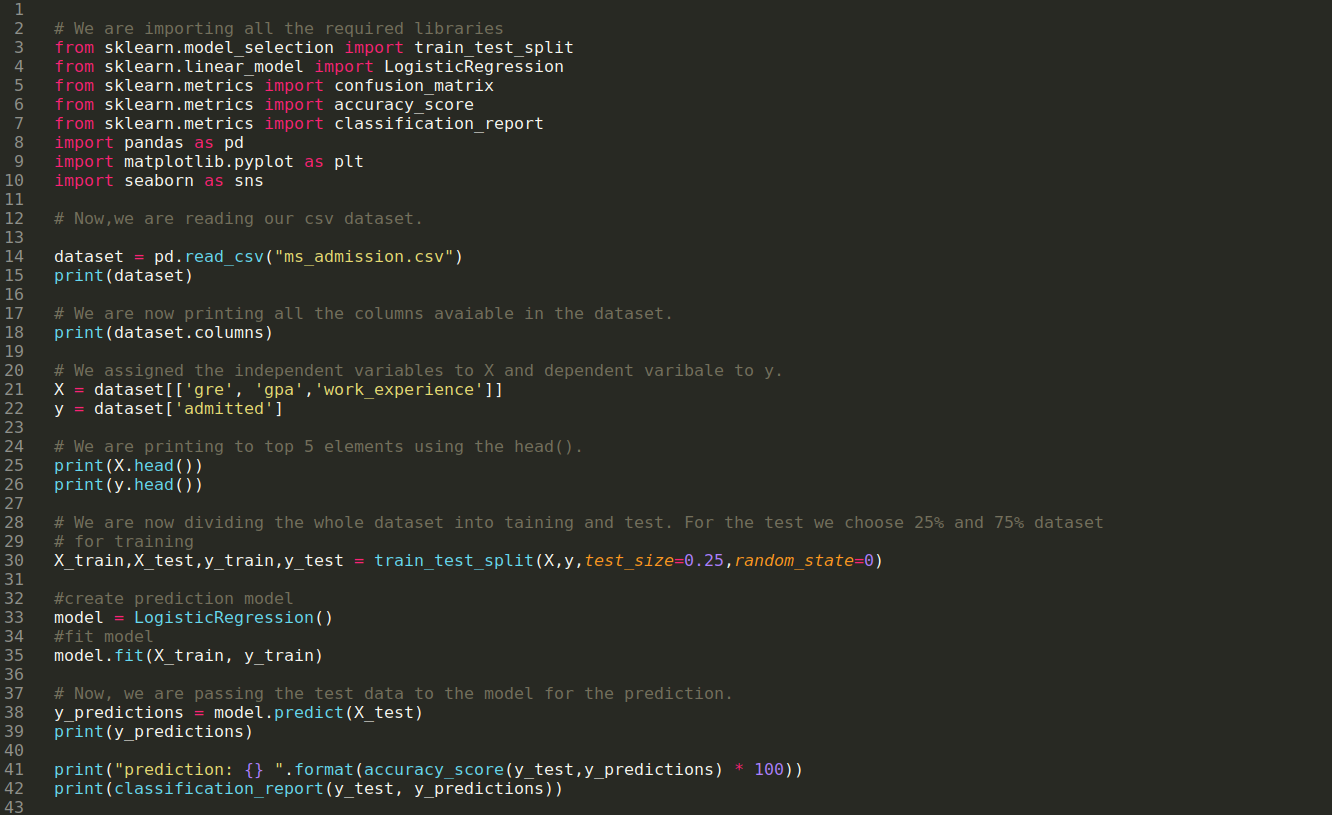 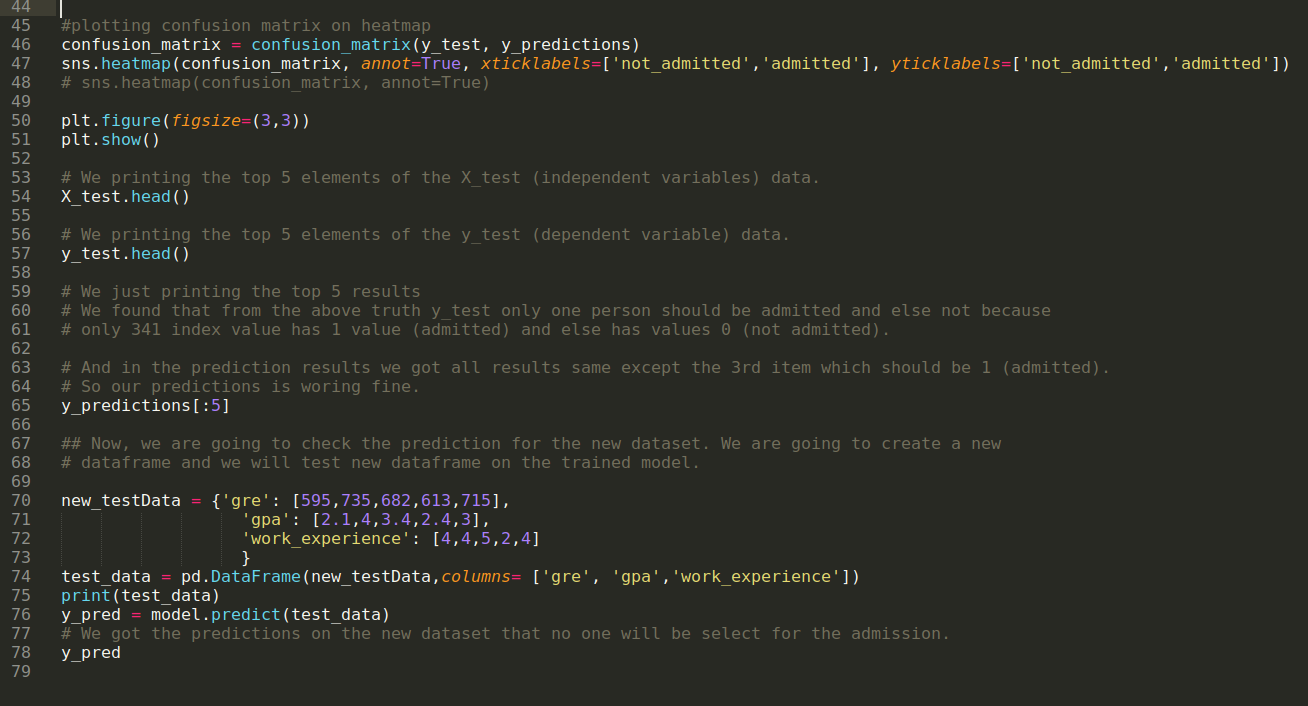 The code for this blog, along with the dataset, is available at the following link
https://github.com/shekharpandey89/logistic-regression