At any given time, multiple users can operate a single computer system. However, with such shared systems, a system administrator must take the proper security measures so that one user cannot breach the privacy of another by, for example, applying an access control mechanism that specifies the privileges of each user.

At times, a change in user privileges might be necessary. For example, a user might need his or her privileges extended for a certain task, or a ability of a certain user to access the system may have to be revoked entirely. In such scenarios, it is important for the system administrator to have complete knowledge of all users of the system.

Note: While the methods discussed below are carried out on a Linux Mint 20 system, you can use the Linux distribution of your choosing.

To use the “cat” command to list all users in a Linux system, the following steps should be performed in order:

Use the “cat” command to list all the users on the terminal to display all the user account details and passwords stored in the /etc/passwd file of the Linux system.

As shown below, running this command will display the usernames, as well as some additional information. You can scroll through this list to view all the users of the Linux system. 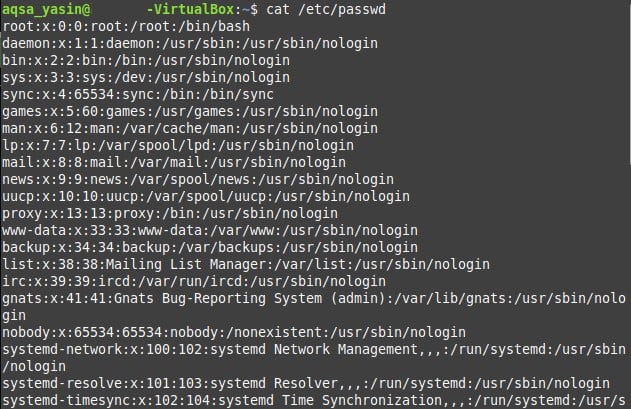 The “awk” command is helpful if you want to display usernames only, which may be useful if you do not need all the technical details returned with the “cat” command. To use this command to list all users in a Linux system, the following steps should be performed in order:

When you run this command in your terminal, only the usernames will be returned. This list includes all the users of the Linux system. 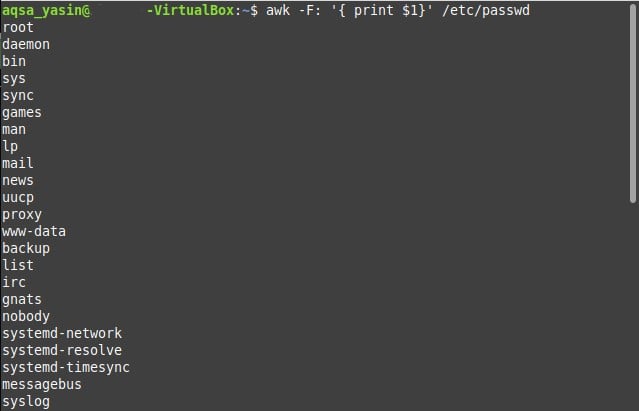 Like the “awk” command, this command is used to display only usernames, ignoring all other details. To use the “compgen” command to list all users of the Linux system, the following steps should be performed in order:

This command will return all the usernames associated with your Linux operating system. 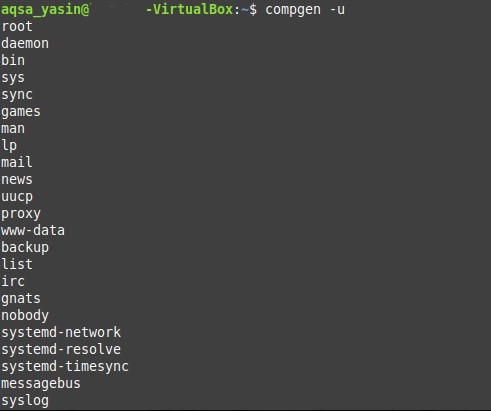 This command will list all the users of your Linux system, as well as some other details, as shown in the image below. 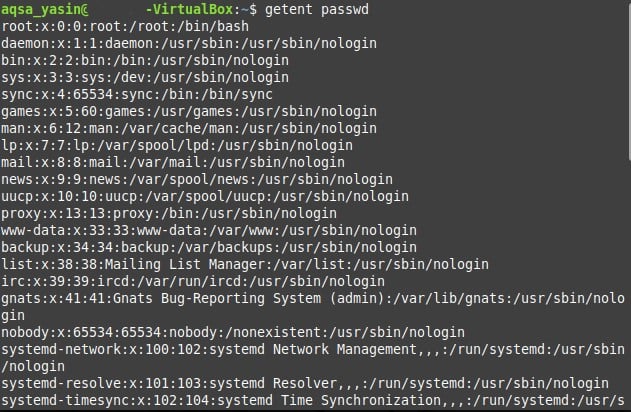 Depending on your requirements, you can choose from the four commands discussed in this article to obtain a list of users. Two of these methods, in addition to listing all the users of your Linux system, also provide some important details for all of user accounts.

There are variations of these commands that you can experiment with to suit your needs. However, such variations are beyond the scope of this article. The methods we discussed herein will allow you to list all the users of your Linux system. I hope this article helped you to better understanding this topic.