The Linux administrator can easily interact with the system and manage all users using useful commands in a Linux system.

Ubuntu is the most widely used Linux distribution that offers more useful features for system administrators to list all users and manage their daily tasks. Therefore, the administrator can easily grant privileges to a user on a file or folder and assign limited permission for each user to secure your system’s data.

There are following two methods are available to list all users in the Ubuntu system:

To display /etc/passwd content using the ‘cat’ command, use the following syntax: 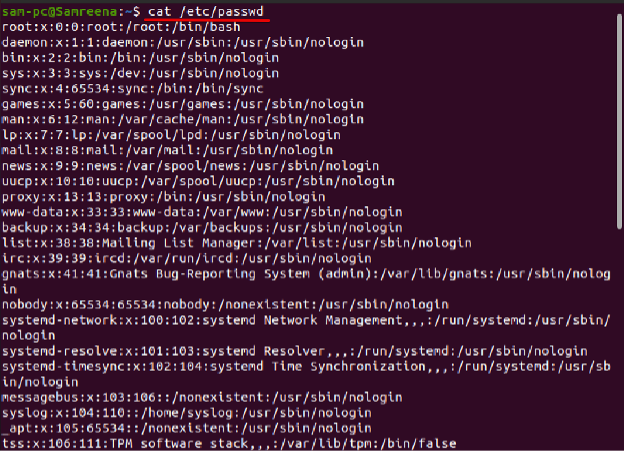 Similarly, you can view the ‘/etc/passwd’ file content using the’ less’ command. 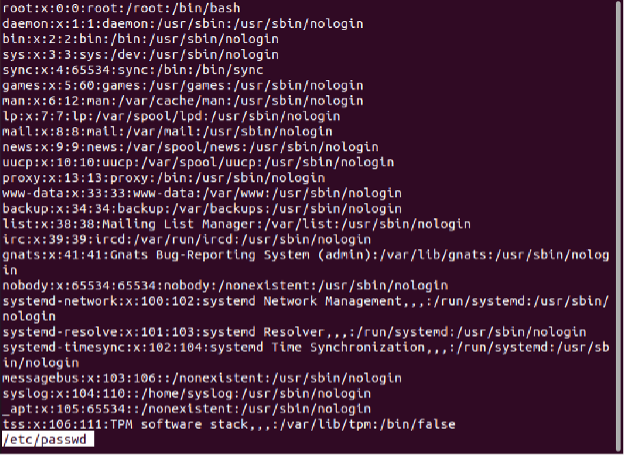 In the /etc/passwd’ file, each line consists of fields separated by a colon. The following important information displays of each user:

In the Ubuntu Linux system, the ‘Awk’ is a powerful text manipulation utility that can easily get the only first field from the /etc/passwd file. The syntax of the ‘awk’ command for displaying the first field is given below: 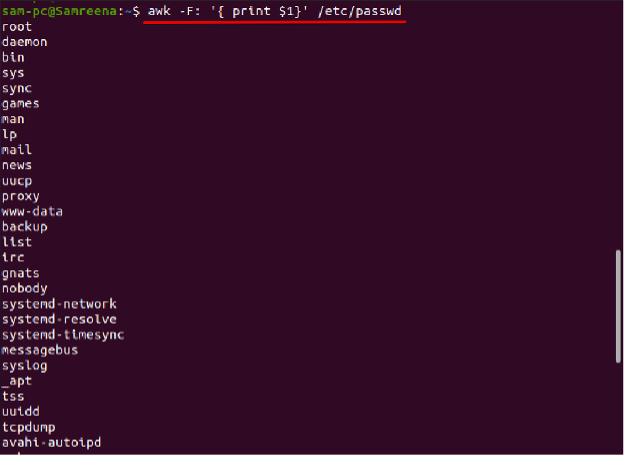 You can also use the ‘cut’ command for the same purpose as follows: 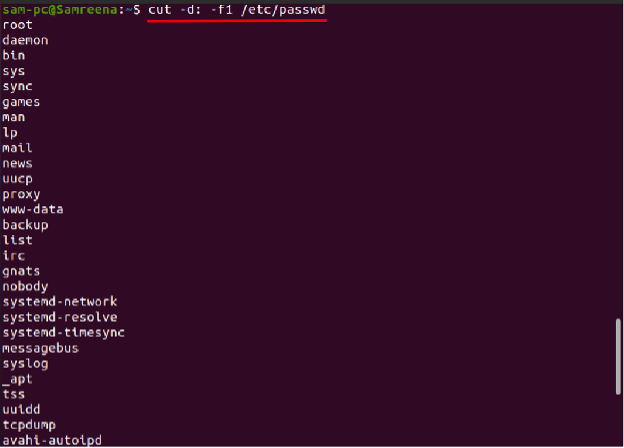 The above two commands will only display all user names on your terminal window.

In the Ubuntu system, the getent command collects and displays the entries from the database configured in the ‘/etc/nsswitch.conf f’ file.  Users can query to list all users by using the passwd database. So, to print the Ubuntu users list, use the ‘getent’ command in the following way: 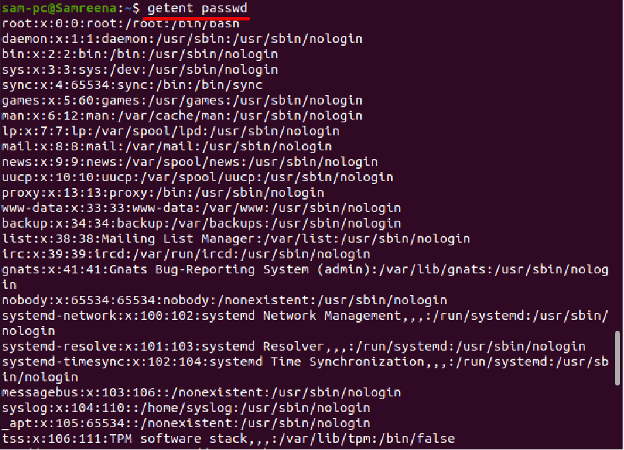 You can also use the ‘awk’ and ‘cut’ parameters along with the getent command to only display the first field as follows: 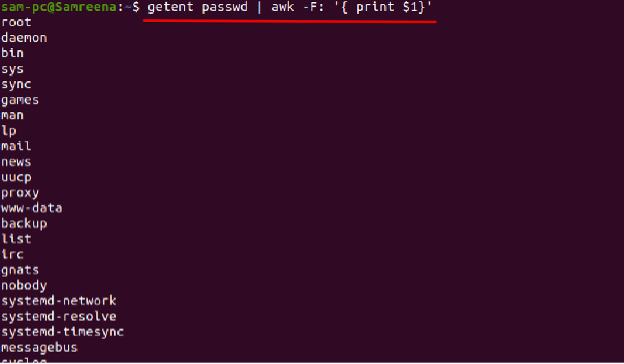 Alternatively, to display the same output, you can use the cut command as follows: 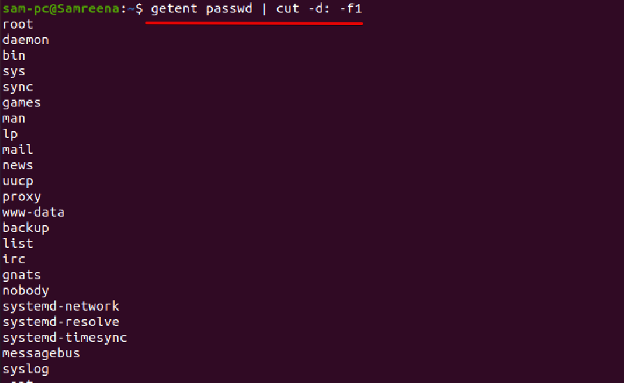 For example, we want to search for a user name ‘samreena’ that exists on our system or not. The above will change into the following form:

You can also check the user exists or not without using the grep command as follows:

Display total number of Linux user’s accounts
If you want to search for how many numbers of accounts are available on your Ubuntu system then, you can use the ‘getent passwd’ followed by the ‘wc’ command as follows:

How differentiate between Normal and system Users?

Check the Minimum (UID_MIN) and Maximum (UID_MAX) Limits
Using the following command, you can check the values range for normal users between the UID_MIN and UID_MAX:

List Normal Users in Ubuntu
The UID_MIN and UID_MAX help us to list the normal users in our system. So, UID ranges allow you to query the list of the normal user on your Linux system as follows:

You learned in this article how to list all Ubuntu or Linux users using the command line application. We investigated how to search for a specific user and the difference between normal vs. system users. Moreover, we discussed how to list normal using the UID ranges. The above commands can also apply to other Linux distributions such as CentOS, Debian, and LinuxMint for listing users.