Compression, in general, is a useful method that is essentially encoding information using less data than the original one. In the case of Linux, there are various compression options, each with its own benefits.

A generic Linux distro offers access to a handful of really useful and simple compression mechanisms. This article will only focus on them.

Compression is encoding and representing information using fewer bits than it originally was. In the case of file compression, a compression method utilizes its own algorithm and mathematical calculation to generate an output that’s generally less than the size of the original file. Because of how different compression works and the random nature of files, the mileage may vary greatly.

There are 2 types of compression.

Majority of the compression methods are available from the tool tar. As for the “zip” compression, we’ll be using the zip tool. Assuming that your system already has these tools installed, let’s get started.

At first, we need a test file. Run the following command to create one. 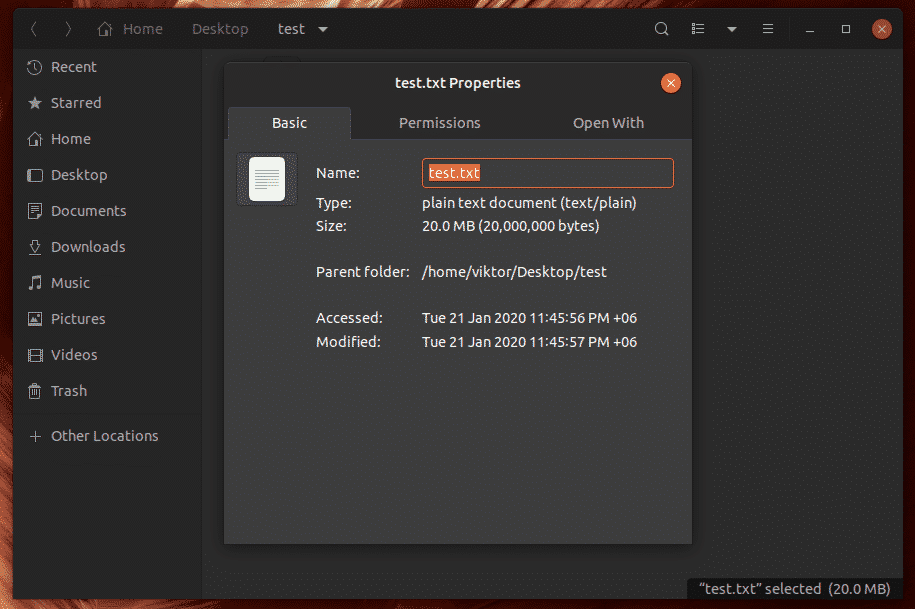 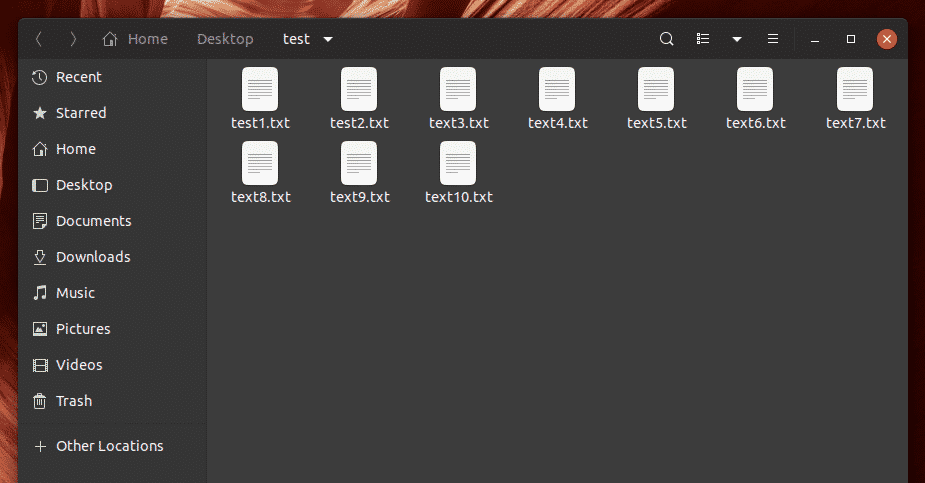 Zip is quite common. For creating a zip file, the zip tool requires the following command structure.

To compress all the files under the test directory in a single zip file, run this command. 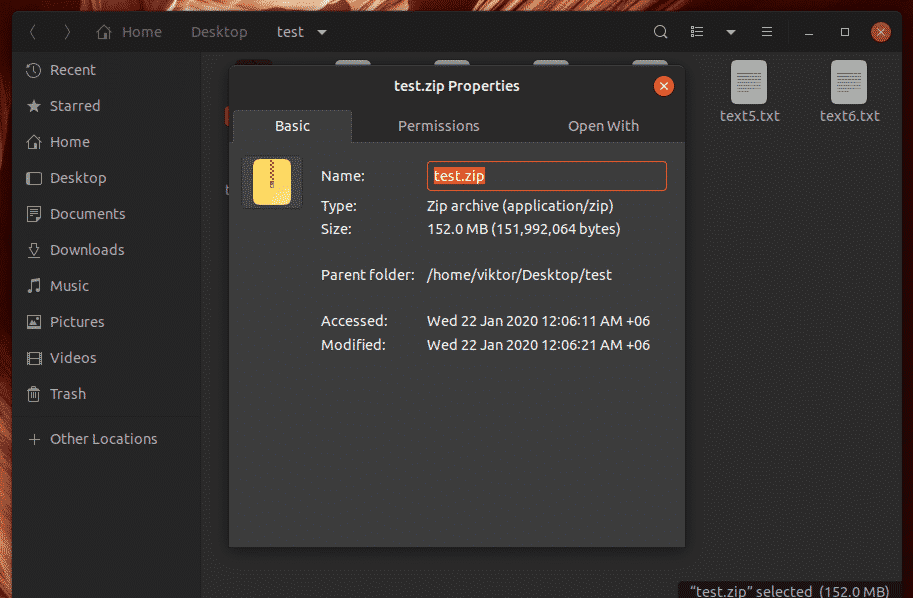 By default, the zip tool will apply the DEFLATE compression. However, it’s also capable of using bzip2 compression. Not only that, you can also create password-protected zip files! Learn more about zip.

Tar for Compression on Linux

To add the test files into a single tar archive, run the following command. 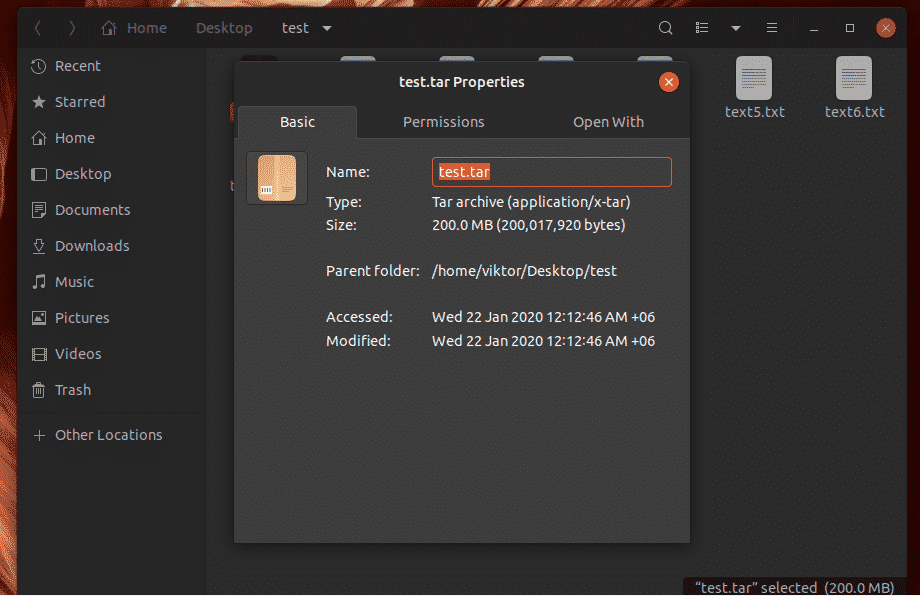 Gzip for Compression on Linux

GNU Zip or gzip is another popular compression method that, in my opinion, is better than the traditional zip because of its better compression. It’s an open-source product created by Mark Adler and Jean-Loup Gailly that was originally destined to replace the UNIX compress utility.

For managing gzip archives, there are 2 tools available: tar and gzip. Let’s check out both of them.

For example, the following command will replace test1.txt with test1.txt.gz compressed file.

If you want to compress an entire directory using gzip, run this command. Here, the “-r” flag is for “recursive” compression. Gzip will go through all the folders and compress the individual file(s) in each of them. 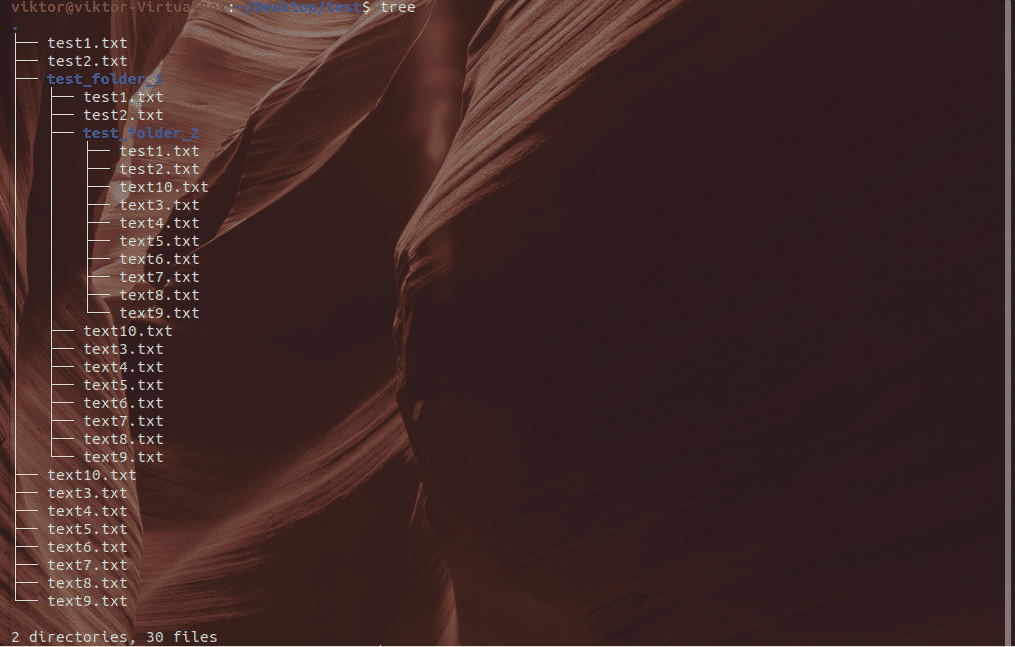 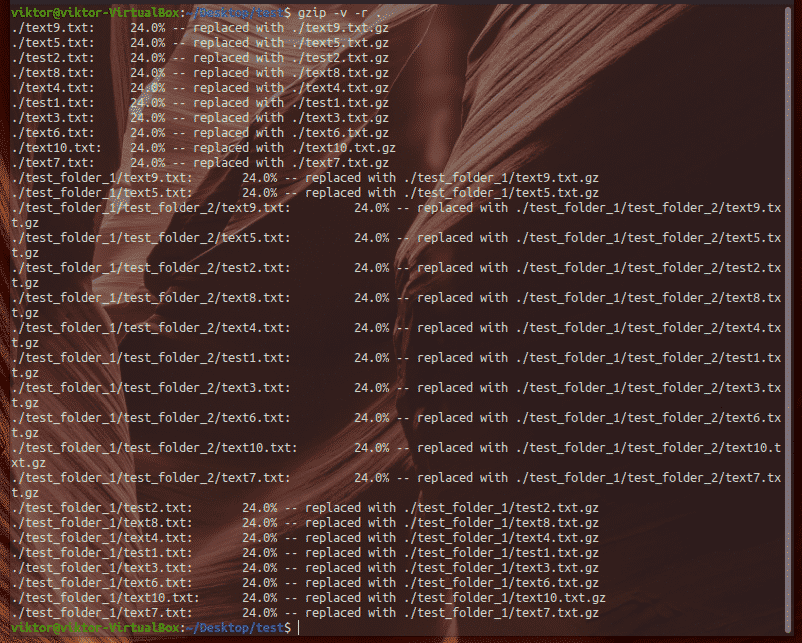 For better control over the output and ease-of-use, tar is better for the task. Run the following command.

The result is similar to zip using DEFLATE, resulting in 152 MB after compression. 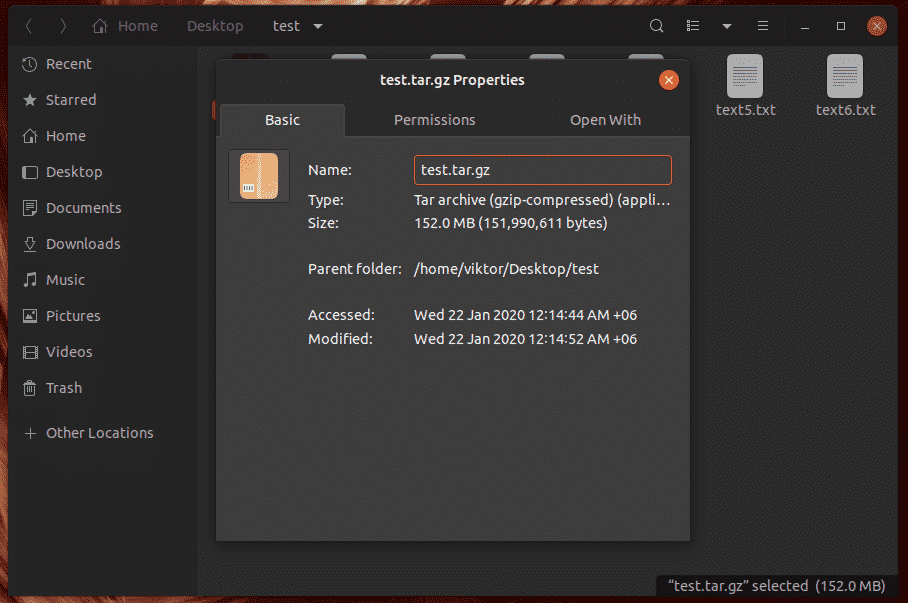 Bzip2 for Compression on Linux

Bzip2 is a free and open-source tool that uses the Burrows-Wheeler algorithm for compression. First introduced back in 1996, bzip2 is heavily used as an alternative to the gzip compression.

Like gzip, there are 2 tools to work with bzip2: tar and bzip2.

The bzip2 tool works similar to the gzip tool. It can only work with just a single file at a time. Here’s the command structure.

Let’s compress the test1.txt file. Here, the “-v” flag is for verbose mode.

The better way of using bzip2 compression is by using tar. Use the following command.

The compression is slightly improved than the previous ones. Now, the file size has shrunk to 151.7 MB. 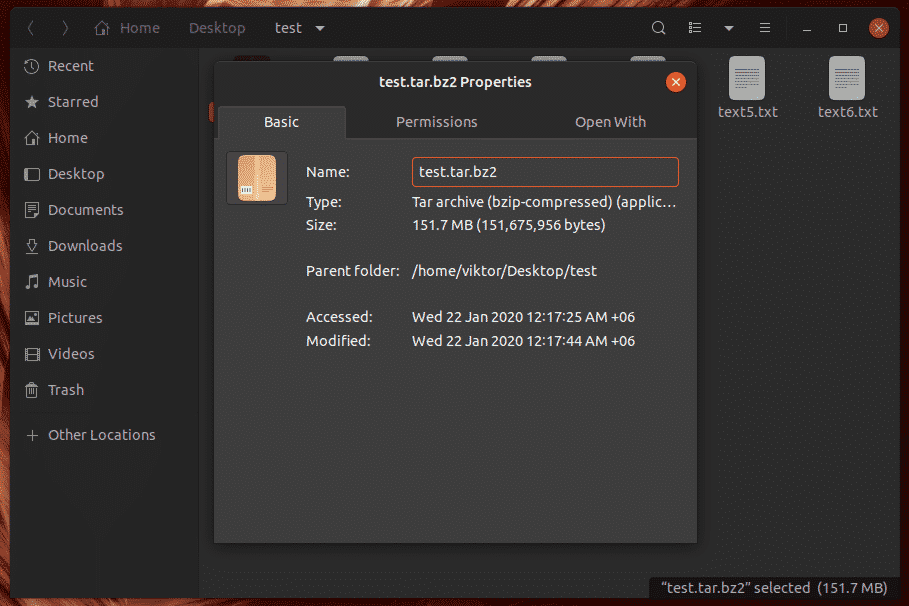 XZ for Compression on Linux

It’s a relative newcomer in the field of compression. First released in 2009, it has seen a steady growth of usage since then.

The xz compression tool uses the LZMA2 algorithm that’s known for greater compression ratio compared to gzip and bzip2, making it a great choice when you want to save the maximum amount of disk space. However, this comes with the cost of higher memory requirements and time consumption.

File created by the XZ compression tool has the extension .xz. For compressing a single file, you can directly call the XZ tool.

For example, run the following command to compress the test1.txt file.

Similar to other compression methods mentioned, xz also supports various range of compression strength, starting from 1 (lowest compression, fastest) to 9 (best compression, slowest). If you don’t have any regard for time and just want to save space, then go for the extreme.

To create a compressed XZ file from all the test files, run this command. 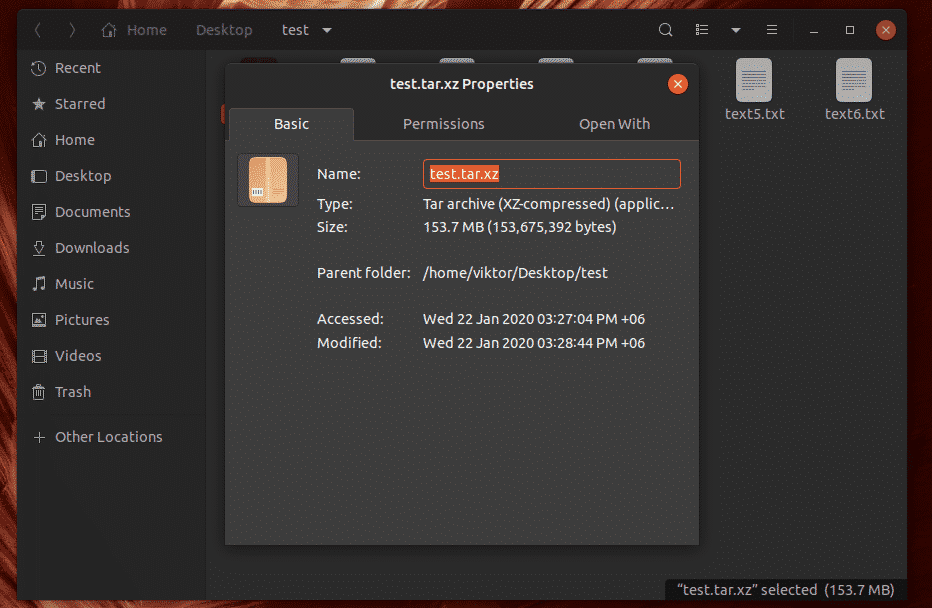 Extracting the archives we created is easier than creating them. To extract a zip file, use the following command structure.

To extract the zip archive we created, run this command. This will extract all the contents in the same directory.

For extracting tar, tar.gz, tar.bz2 and tar.xz archives, we have to use the tar tool. The following tar command is applicable for extracting all of them.

For example, let’s extract all the files from the bz2 compressed archive.

To decompress a gzip (not tar.gz) file, run this command.

Hopefully, now you have enough knowledge to handle the compression tasks in different circumstances. Depending on the specific requirement, all the compression methods offer very attractive features.

To learn more in-depth about these tools, check out their respective man page.