This tutorial shows Linux commands for disk space information gathering. The commands explained here are df and du, additionally the tutorial shows how to list the largest files in your system

To begin to print space information on the connected devices run df without flags:

As you see the first column shows the device or partition, the second column shows information on the blocks, then the used and available space followed by the percentage and the last column is the mount point.

We can improve the output by adding the -h flag making it readable by humans.
Run the command df with the -h flag:

You can print all sizes in MB by replacing the h for m like the next example:

The -T flag instructs df to print the filesystem type of each partition under the new column TYPE, to try it run:

Note this is a big case T.

To instruct df to print information on all filesystems use the flag -a (all): 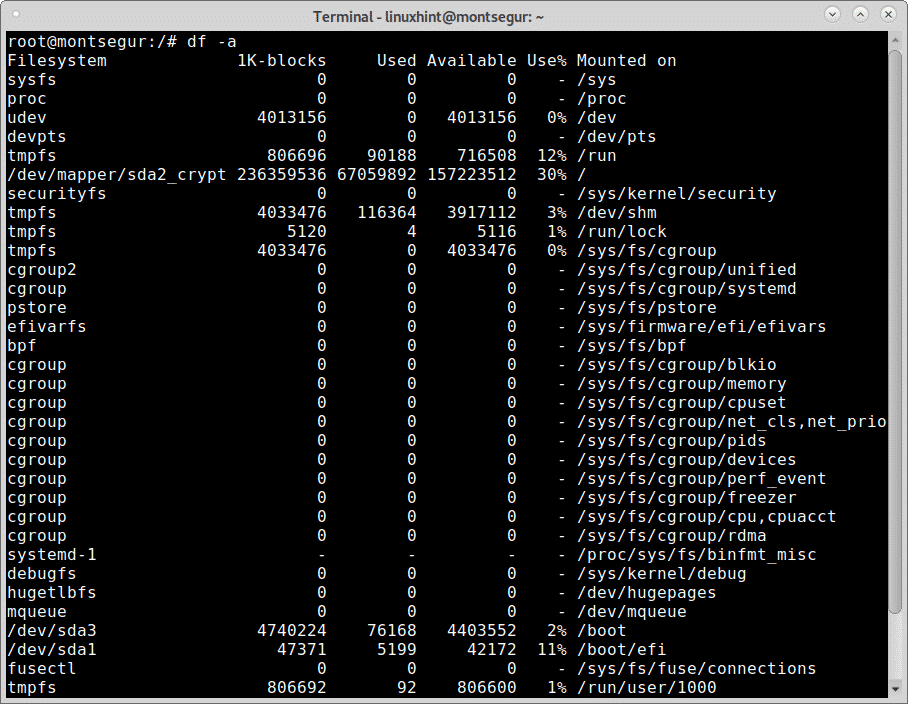 You can instruct df to print information on a specific type of filesystem by adding the flag -t (low case) followed by the filesystem type:

You can get additional information on the df command on its man page or online at https://linux.die.net/man/1/df.

Additionally to the command df to check disk space information on Linux there is the command du (Disk Usage). It is also simple to use, to try it run it without flags: 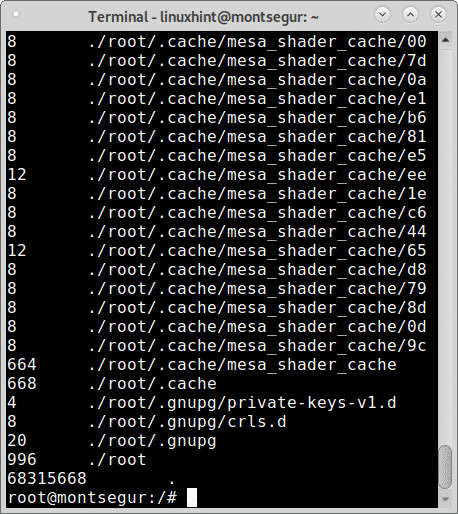 The last line shows the total amount of space used, over 60 GB, to print the result in human friendly output like with df add the flag -h. 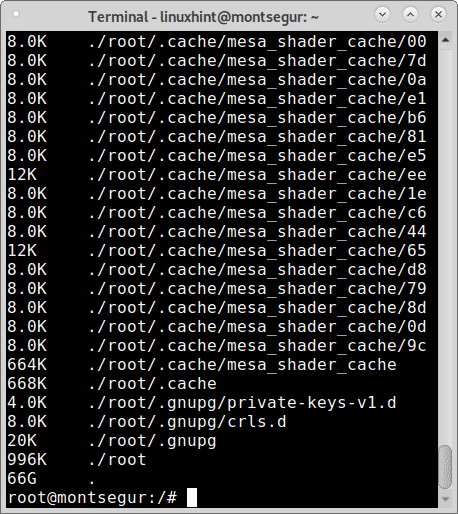 With the command du you can specify the location you want to get information about. Just specify a mount point,filesystem, directories or files after the flags, in the next example 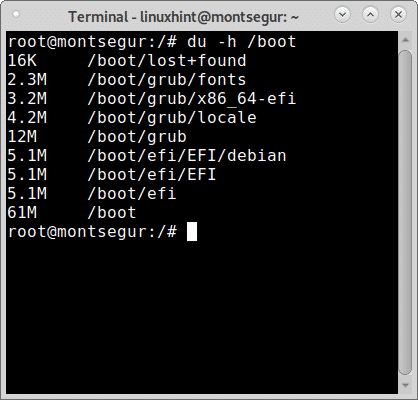 In the following example I use du to print information on the space used by a simple directory:

You can get additional information on the du command on its man page or online at https://linux.die.net/man/1/du.

The commands df and du mentioned before are great to show the disk usage by each filesystem, device, partition, directory or file.  But if you want the largest files in your Linux to be listed you can run:

The following example shows a listing of the 5 largest files within the /usr/ directory:

I hope you found this brief article on Linux Command for Disk Space useful, thank you for reading it.