Wikipedia defines a device file or special file as an interface to a device driver that appears in a file system as if it were an ordinary file. Block devices include Hard disks, Flash drives, Optical media, etc.

This tutorial discusses how to use the lsblk command to display information about block devices in a system. The tool utilizes the /sys virtual filesystem to fetch information about the devices. However, it’s worth noting that the tool does not display the RAM disk in the output.

How to Install lsblk?

To install the package on Ubuntu and Debian based distributions, use the command below:

For Fedora and REHL family, use the following command:

How to Use lsblk?

Without arguments, the lsblk command will display a list of the block devices in a tree-format, as shown below: 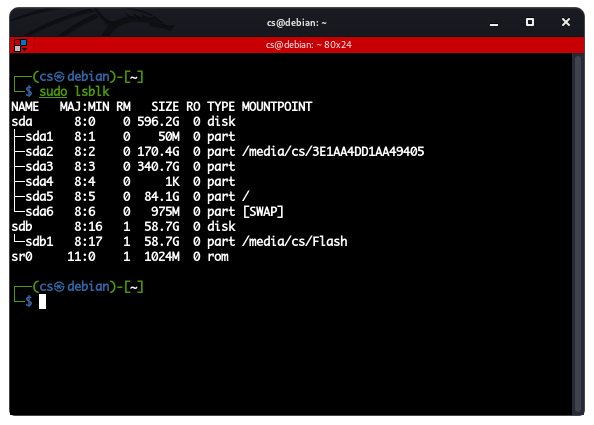 The output from the lsblk command comes arranged in various columns. The following are the columns from the command and what they represent:

List all devices
The default lsblk command does not display all free devices. To do this, add the -a argument to the command as: 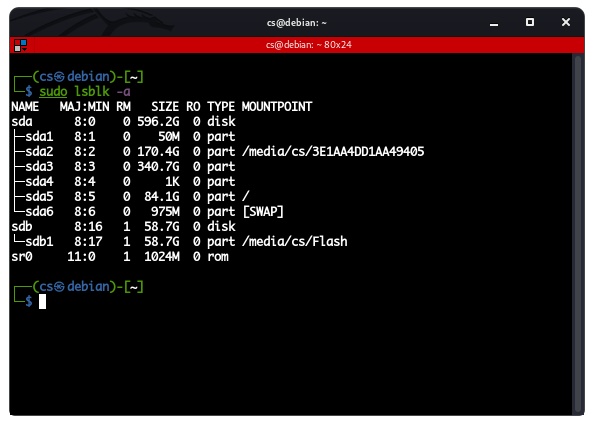 List format
The lsblk command will display the output in a tree-like format. However, you can change this by using the -l argument as: 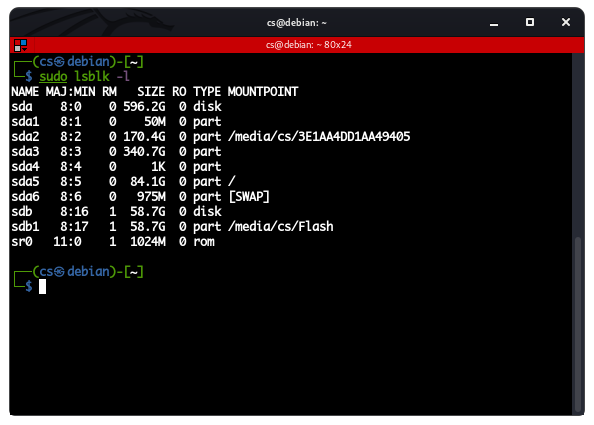 Selective Columns
We can also use -o followed by the names of the columns we want to output for selective information as: 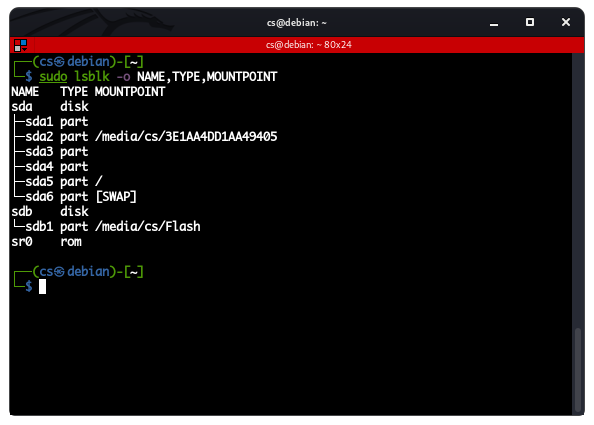 Device Permissions
To view device permissions and ownership, use the command: 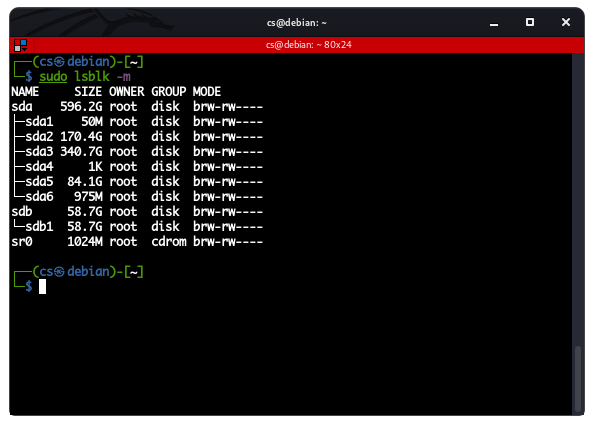 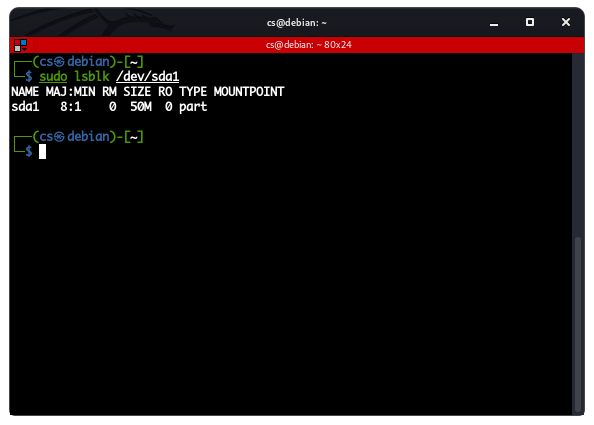 List devices without the header
To remove the header from the output, use the -n flag in the command as:

Display SCSI Devices
To display SCSI devices only, use the -S flag in the command: 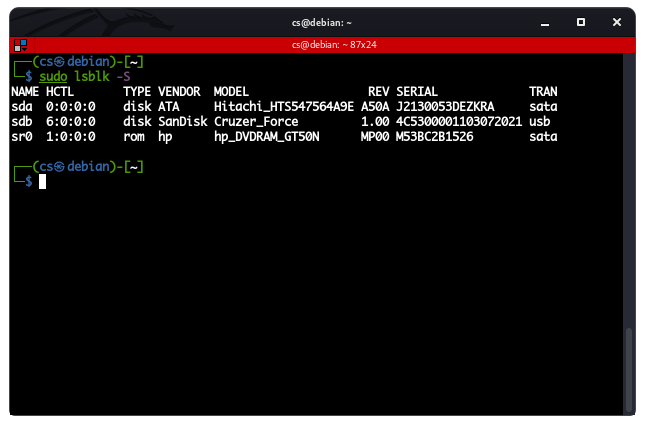 In this tutorial, we discussed how to work with the lsblk command to display information about block devices that are connected to the system. The only way to master working with this command is to experiment. Therefore, consider experimenting with the commands discussed in this tutorial.