When Kubernetes works, it’s amazing, but when it doesn’t, like when your application crashes due to memory concerns, you should know how to troubleshoot with OOMKilled. If you’ve worked with Kubernetes before, you’ve almost certainly encountered the OOMkilled error. If you don’t understand how it works, debugging it might be a frustrating experience. We’ll look at the OOMKilled problem in more detail in this post.

Now use the attached command. 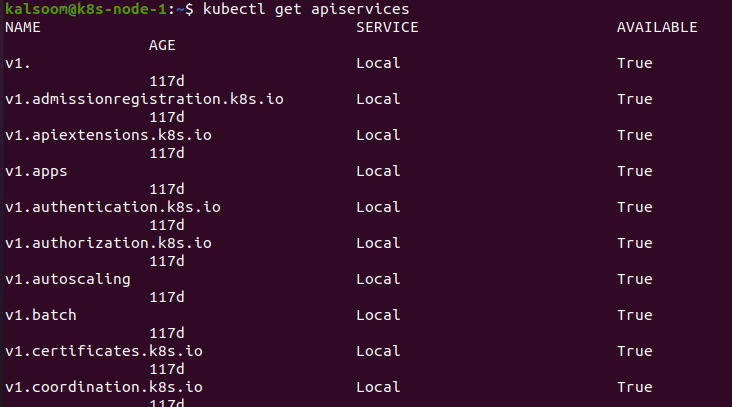 The response guides metrics.k8s.io if the resource metrics API is accessible, as shown in the screenshot above.

Steps to Create a Namespace

Make a namespace for the resources you’ll create here to separate them from the rest of your cluster.

A new pod is formed, as you can view below. 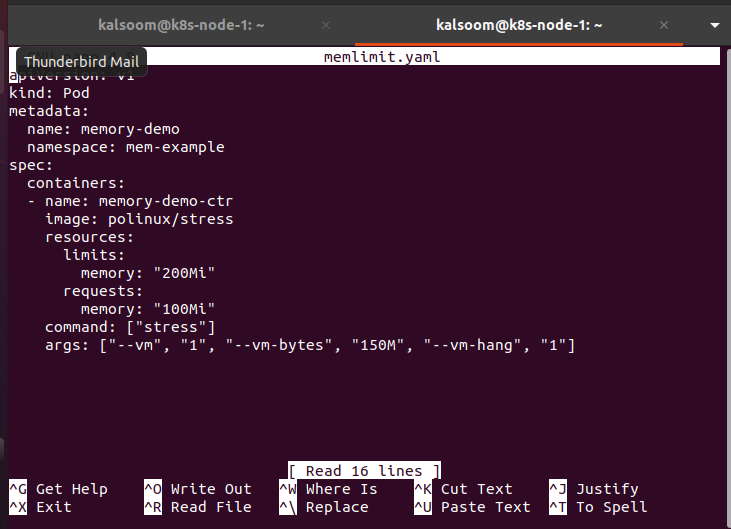 When the container starts, the args section of the configuration file supplies its parameters. The “—vm-bytes” and “150M” options instruct the container to allot 150 MiB of RAM.

Below you can see that we have created the Pod:

This command will check to see if the Pod Container is up and running:

According to the result, the Pod’s single container has a memory request of 100 MiB and a memory limit of 200 MiB. 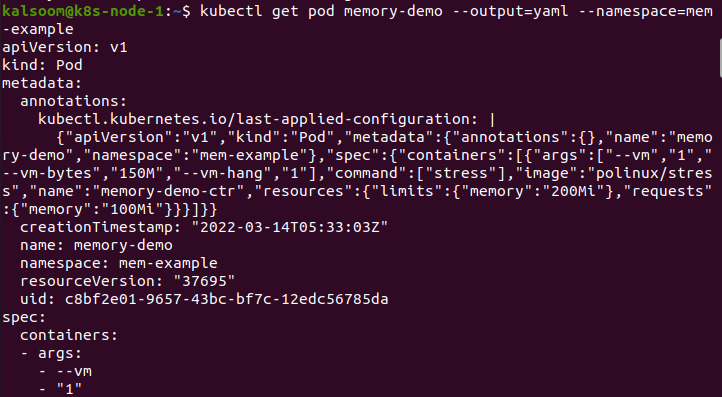 To get the pod’s metrics, run the kubectl top command.

How May the Memory Limit of a Container be Exceeded?

Here we’ll create a Pod. This pod will try to allocate more memory than it already has.

The configuration file for a Pod with one container and a memory request of 50 MiB and a memory limit of 100 MiB is as follows: 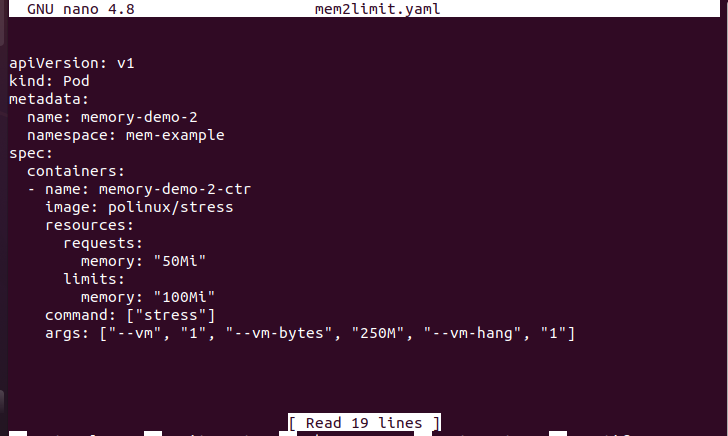 According to the args section of the configuration file, the container will attempt to allocate 250 MiB of RAM, significantly above the 100 MiB limit.

Again, we have created the pod here.

Here you can view the Pod’s comprehensive information. The container either be running or not at this point. Repetition of the previous command until the container is killed is required:

Get a more in-depth look at the container’s status. According to the output, the container was destroyed because it ran out of memory. 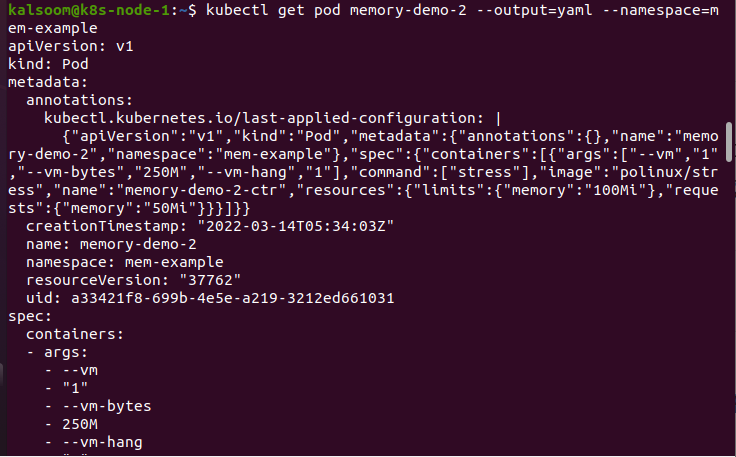 The following command lets you view comprehensive information related to the history of the Pod.

The result reveals that the container constantly starts and stops:

Here you can view the detailed information about your cluster’s Nodes:

A record of the container being killed due to an out-of-memory issue is included in the output:

This command deletes the pod, as you can see below.

What Should You Do if You Have a Memory Request That Is Too Large for Your Nodes?

Here we’ll build a Pod with a larger memory request than any Node in your cluster’s capacity.

Here’s the configuration file for a Pod, including one container and a 1000 GiB memory need, which is probably more than any Node in your cluster can manage. 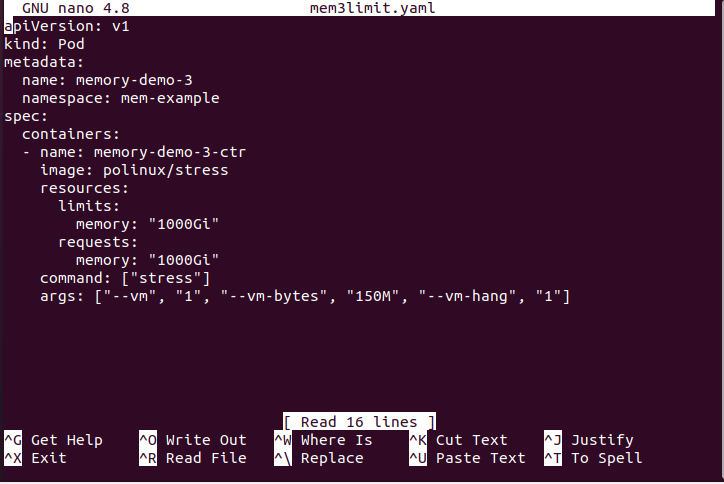 The following apply command creates the Pod, as you can see.

Now make use of the ‘get pod’ command. The status of the Pod is PENDING (see the output). The Pod isn’t set to run on any Node and will remain PENDING indefinitely.

This command will help you view more details on the Pod, including upcoming events:

The output demonstrates that the container can’t be scheduled because the Nodes don’t have enough memory:

What Happens if You Do Not Specify a Memory Limit?

One of the following scenarios occurs if you don’t define a memory limit for a container:

We took a closer look at the Kubernetes OOMKilled error in this article. It aids Kubernetes in managing memory while scheduling pods and deciding which pods to destroy when resources become scarce.