Krita is a multi-platform, open-source raster graphics application developed specifically for digital paintings and 2D animations. This application is a well-liked program among illustrators, concept artists, and visual effect creators. Krita was developed by KDE and has been termed the best alternative to paid graphics applications. Significant features of Krita include the following:

This article shows you how to use several different methods to install Krita in Ubuntu 20.04 (LTS), 20.10, and other Linux distributions.

Krita can be installed on Linux systems using various methods, including the following:

The first approach is downloading the AppImage of Krita from its official website. An AppImage is a universal package format that runs on all Linux distributions. An AppImage file does not need to install, download, and be made executable to run: 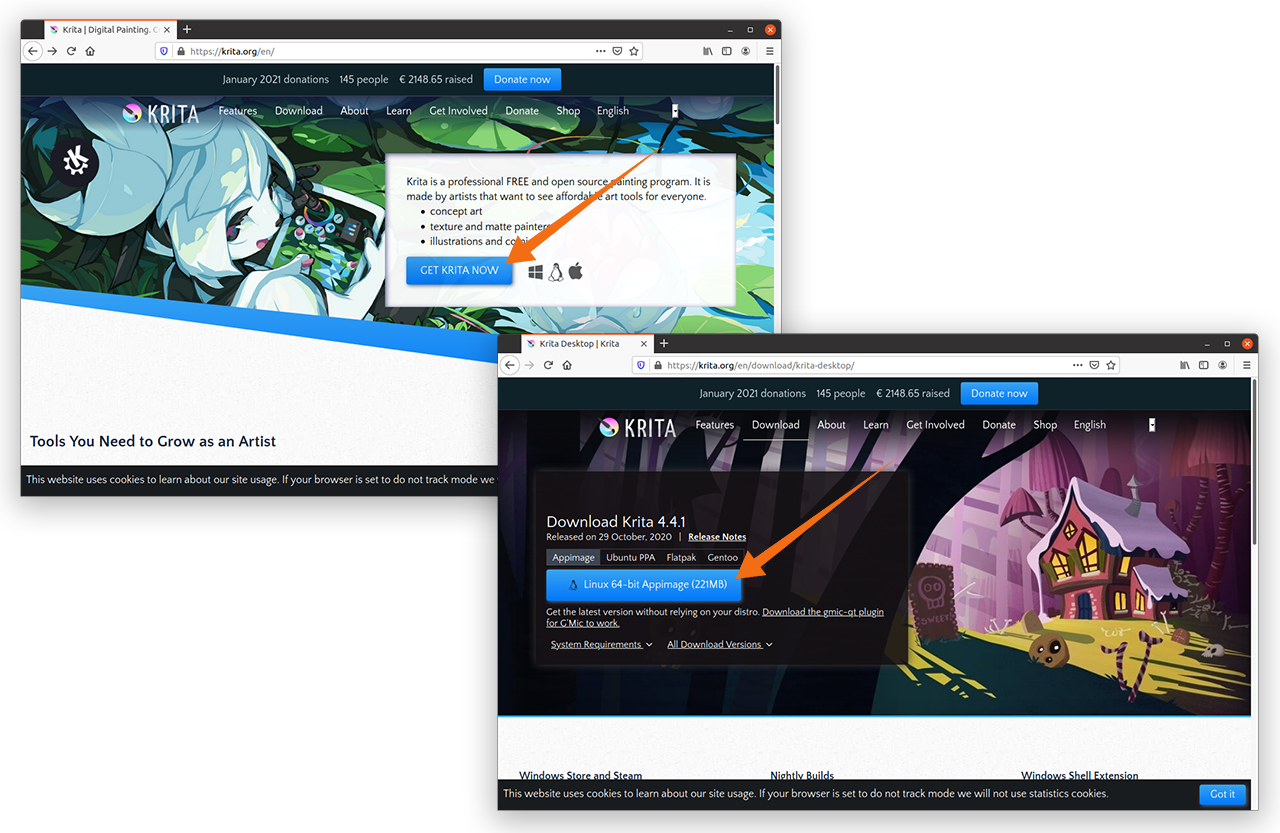 Once the AppImage has been downloaded, right-click the file and open Properties: 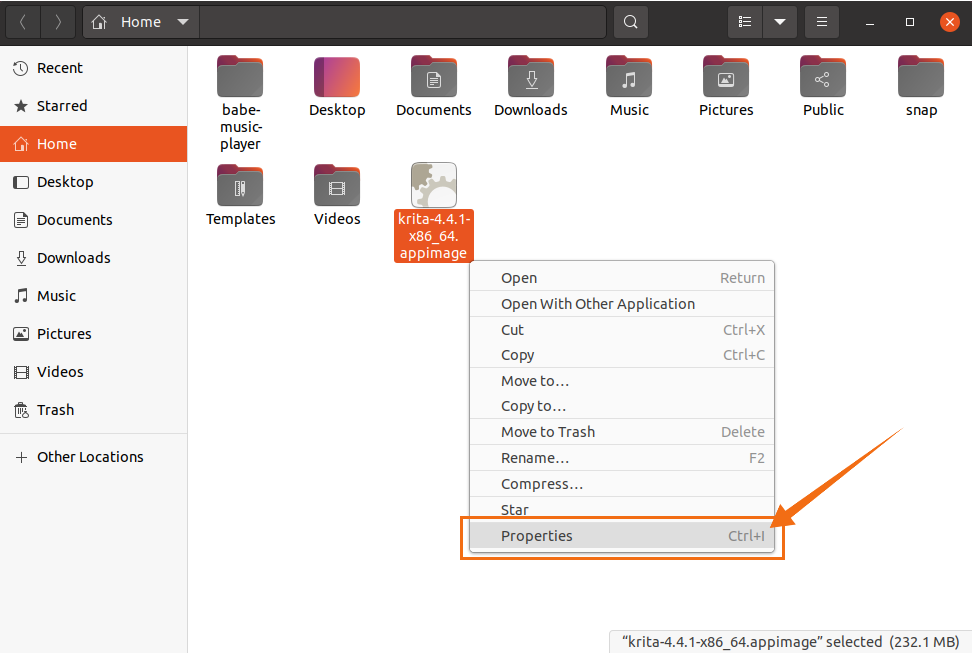 Go to the Permissions option and select the Execute checkbox, as shown in the image below: 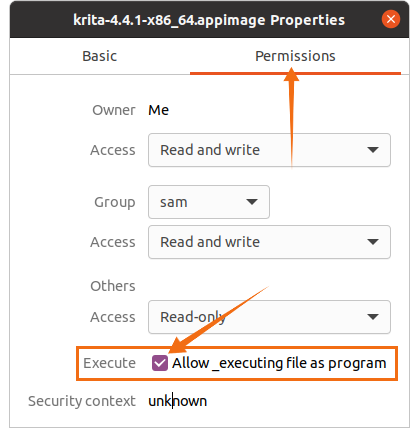 Now, close the window and double-click the file to run the program.

Snap is supported by many Linux distributions, including CentOS, Debian, Fedora, Kali Linux, and Linux Mint. To install the Snap package manager on your distribution, use the following command:

Execute the following command to install Krita using the terminal:

It can be viewed in Applications, as follows: 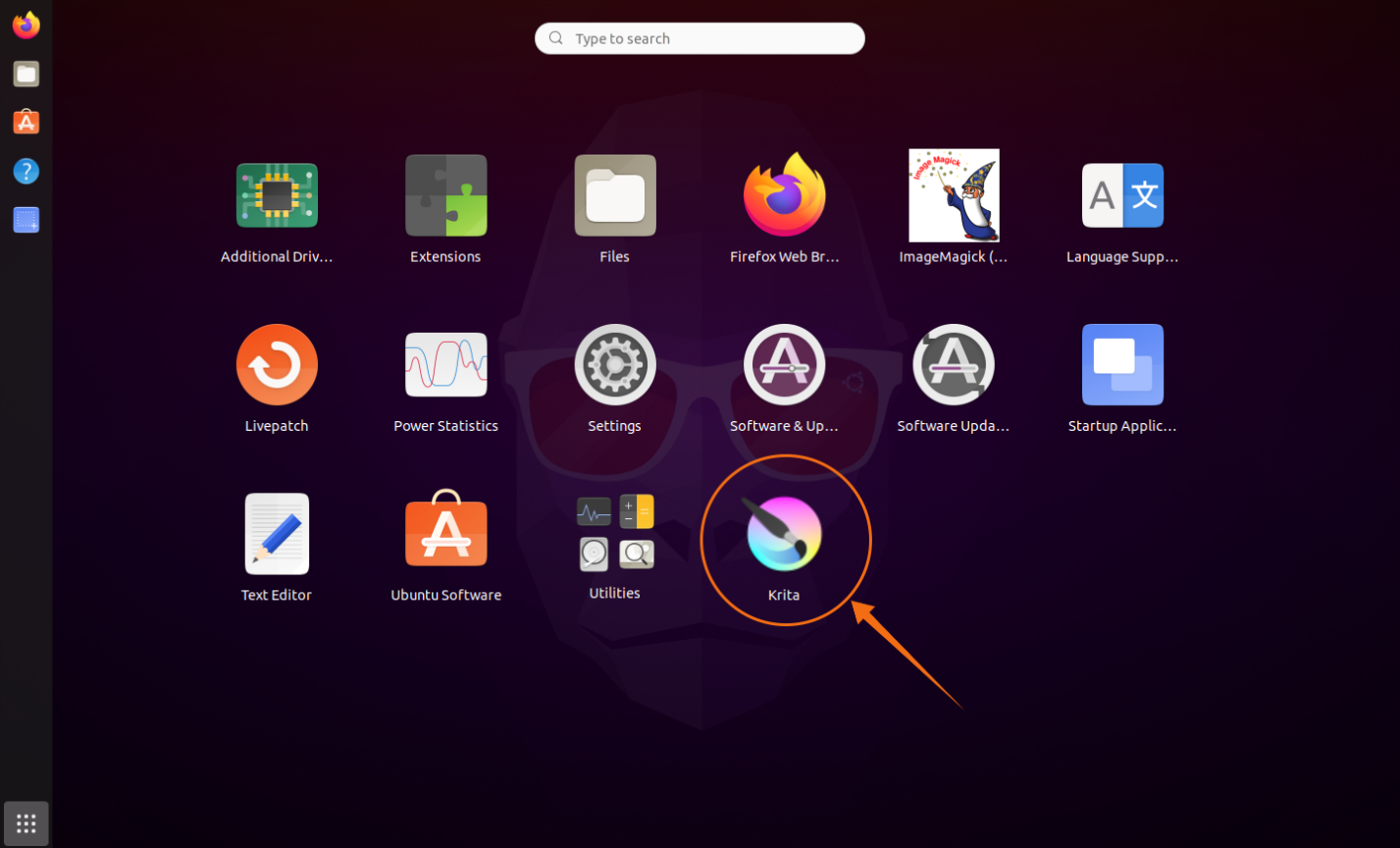 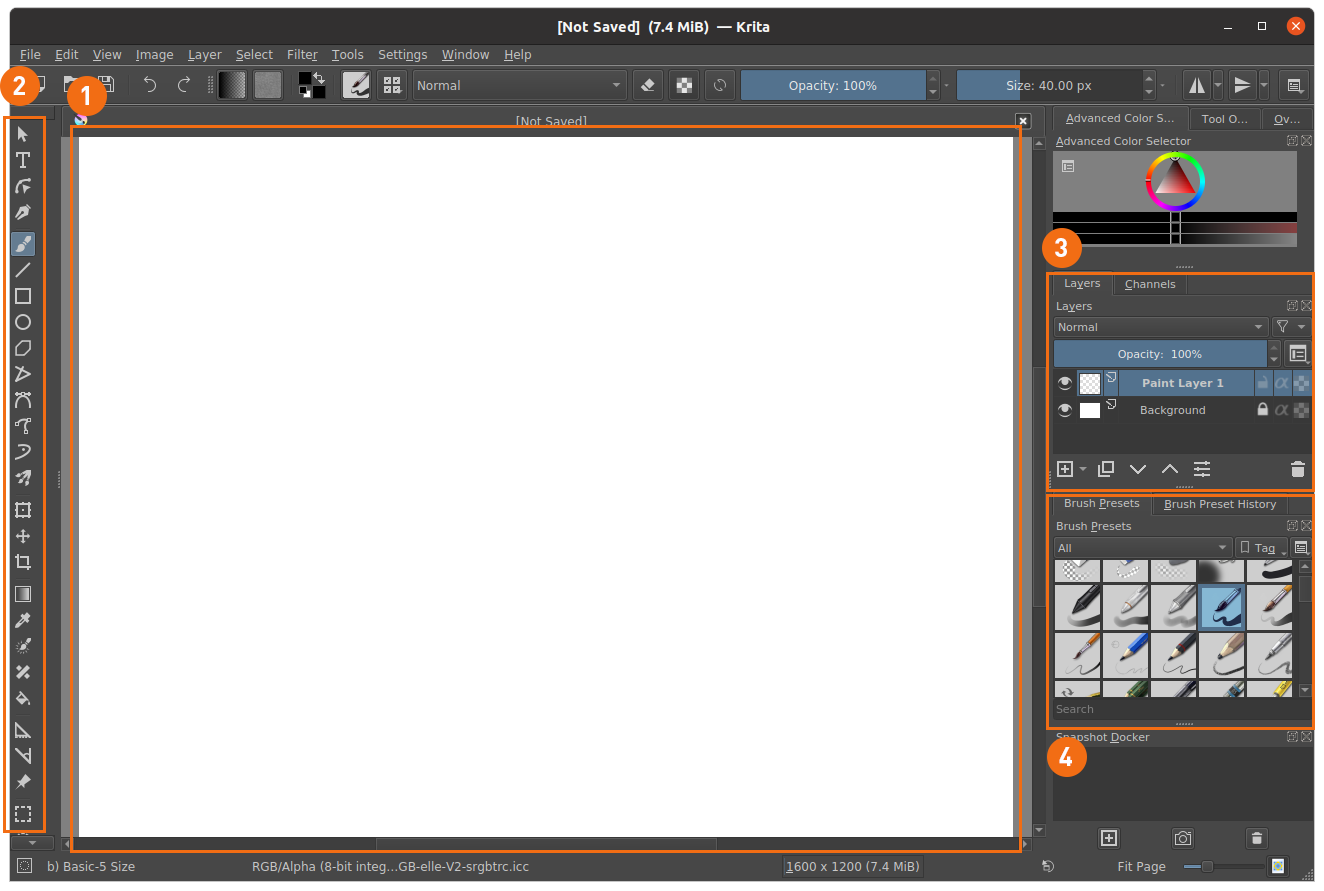 The third approach to install Krita uses Ubuntu’s Software Center. If you are using an Ubuntu distribution, then you can open the Software Center from Applications: 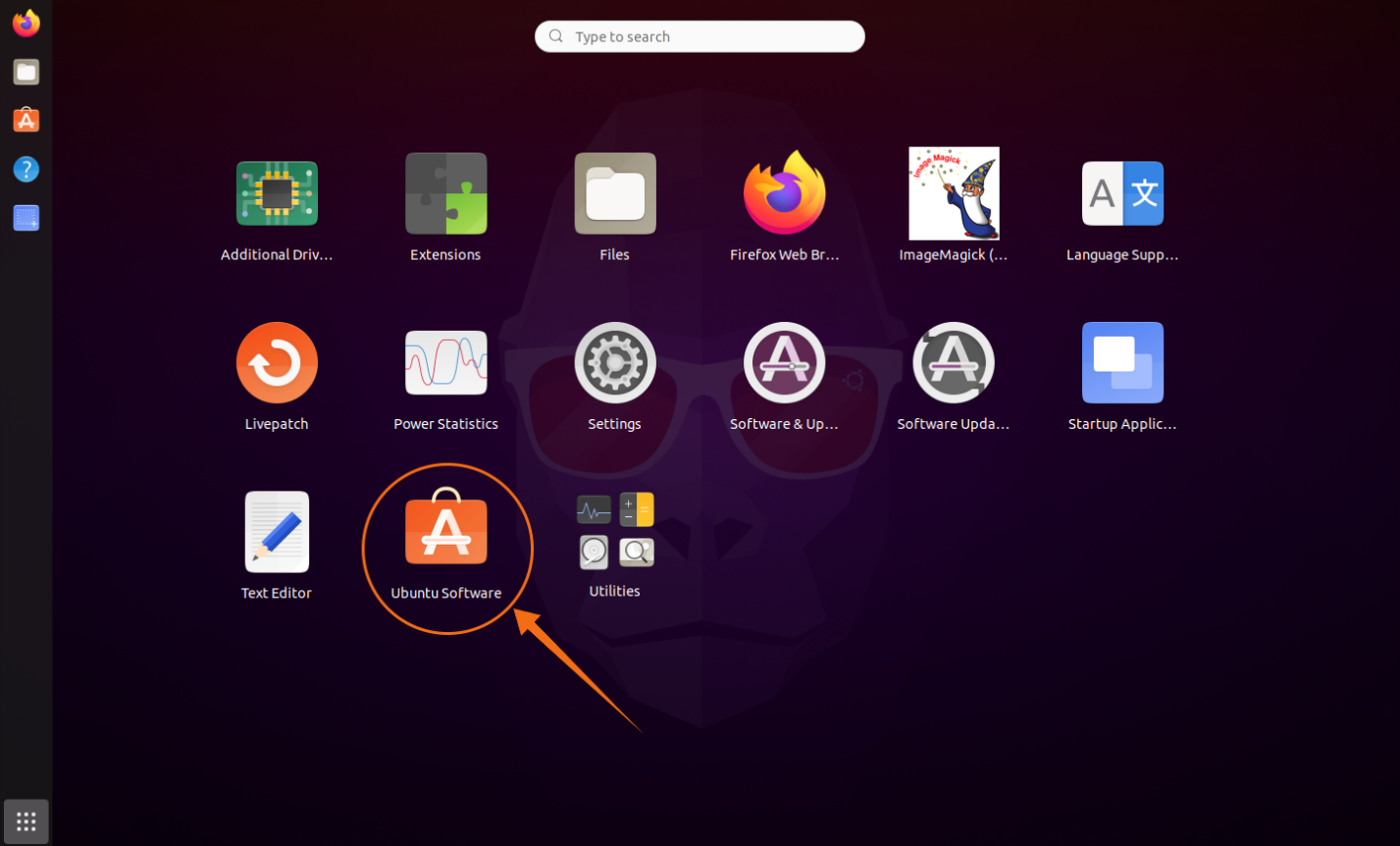 Click the magnifying glass and type “Krita” in the search bar: 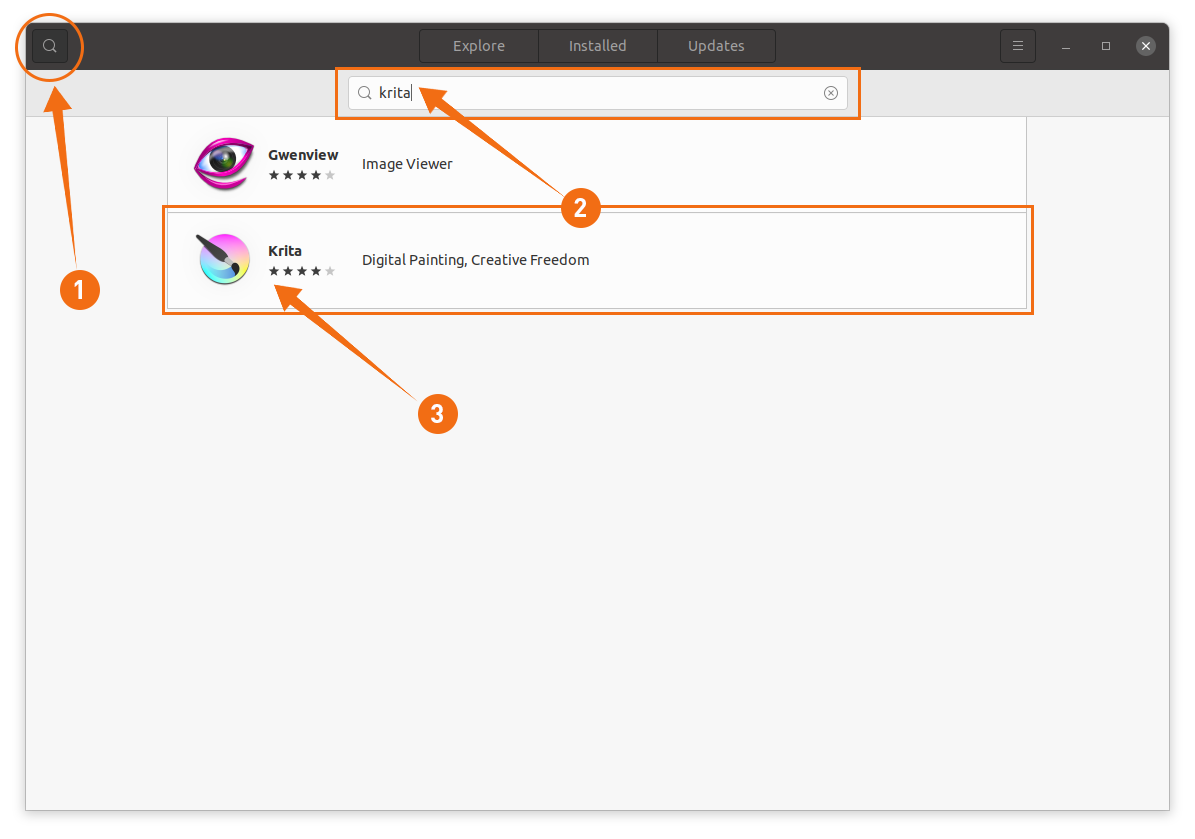 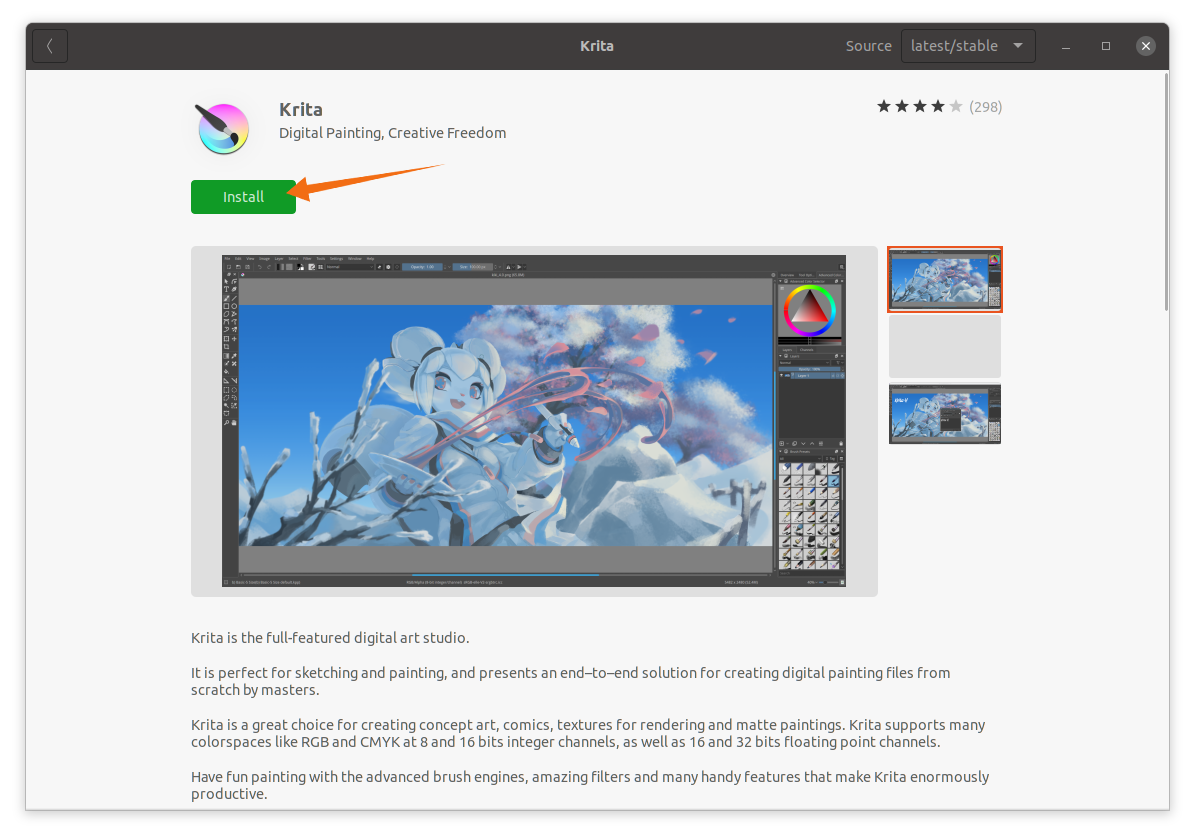 If the application was installed using Snap, then use the following command to delete it from your system:

If Krit was installed using APT, then use the following command:

And to delete the repository, use the command given below:

If the application was installed using Ubuntu’s Software Center, then open it again, click on the Installed tab, find Krita, and click the Remove button: 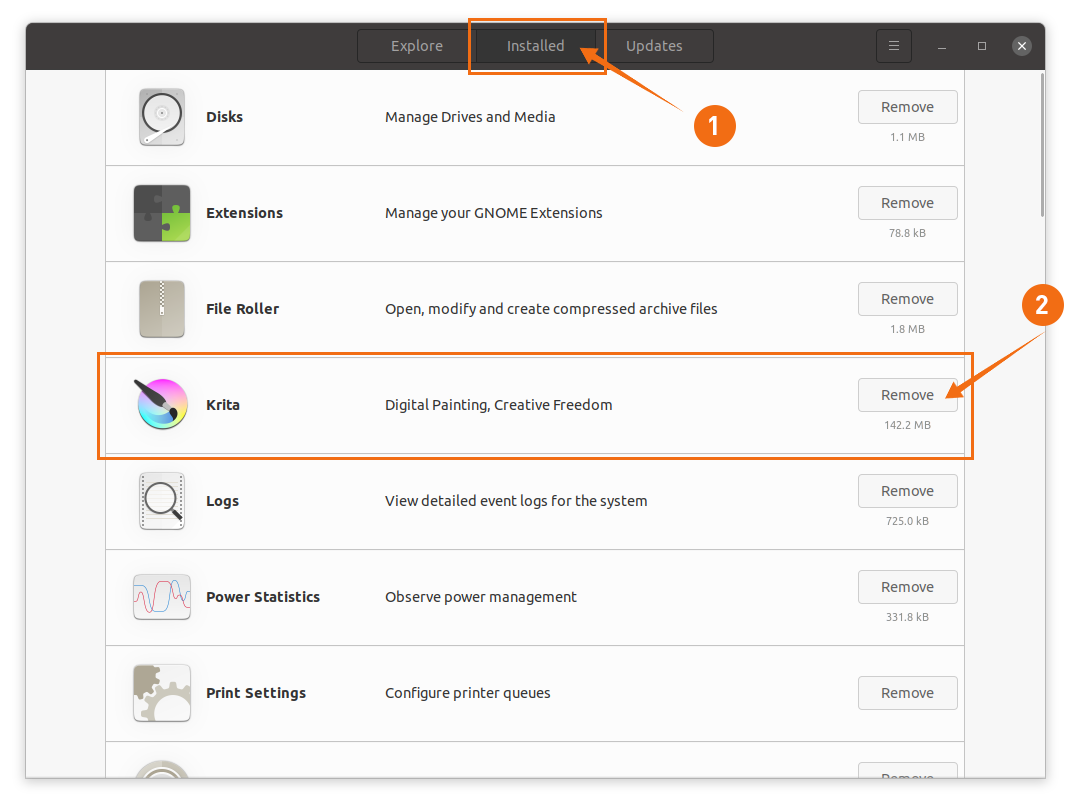 Karita is a powerful, open-source drawing application that comes with numerous features, such as HDR editing, drawing assistants, layer management, and cross-platform support. In this guide, you learned how to install Krita using various approaches, and then you learned the process for deleting the Krita program from your Linux device.