Syntax of the Sealed Class in Kotlin:

The general syntax of the sealed class we used in Kotlin is given below:

How to use the Sealed Class in Kotlin:

To understand the basics of using the sealed class in Kotlin language, we should take a look at the examples given below:

A sealed class may have subclasses, but they must all be defined in the same Kotlin file where the sealed class is present. We’ll see how to use a sealed class in the example below. 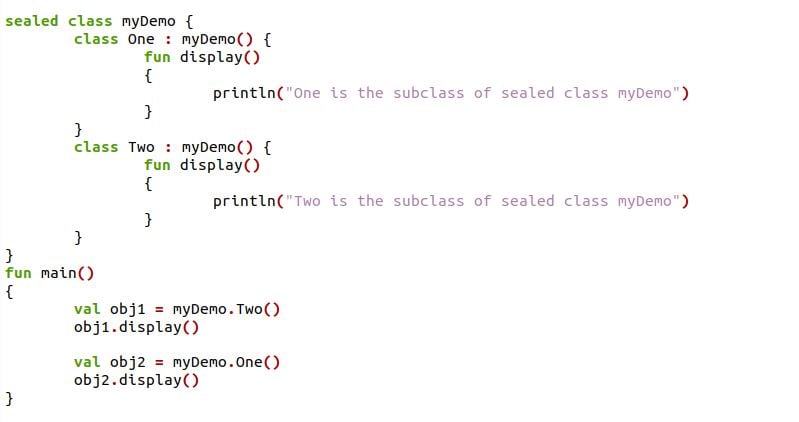 We have got the string message as output is shown in the below image.

Example # 2: Creating the sealed class with when expression in Kotlin: 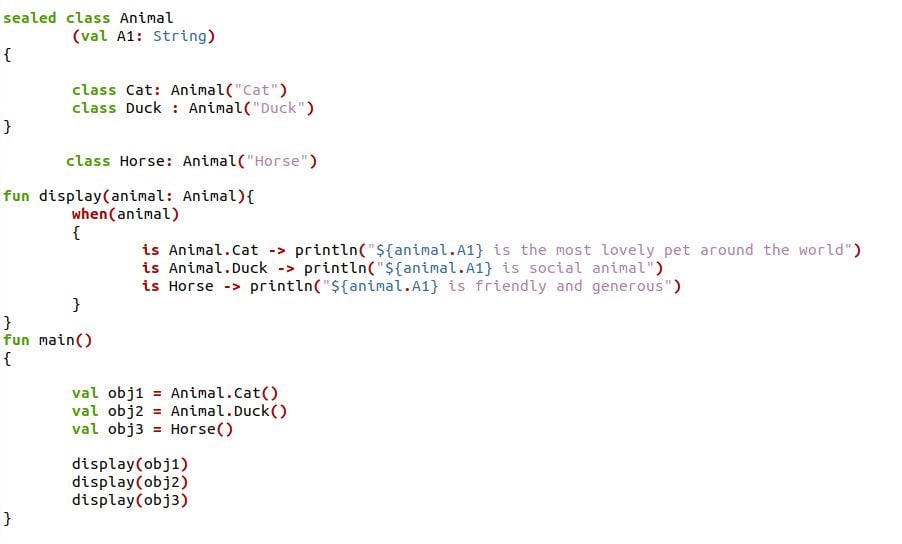 We have the “when” expression rather than the “else” clause. The “when” expression will cover all the cases, and we have passed a sealed class named to it. In the “when” expression, we have a keyword “is” that determines if the class belongs to one of the following types. The “is” keyword is only necessary for classes. Now, we have called the main function to create objects of given subclasses. In the end, these defined objects are called by display() function.

We are performing four different types of arithmetic operations by using a sealed class with when expression in the below example. 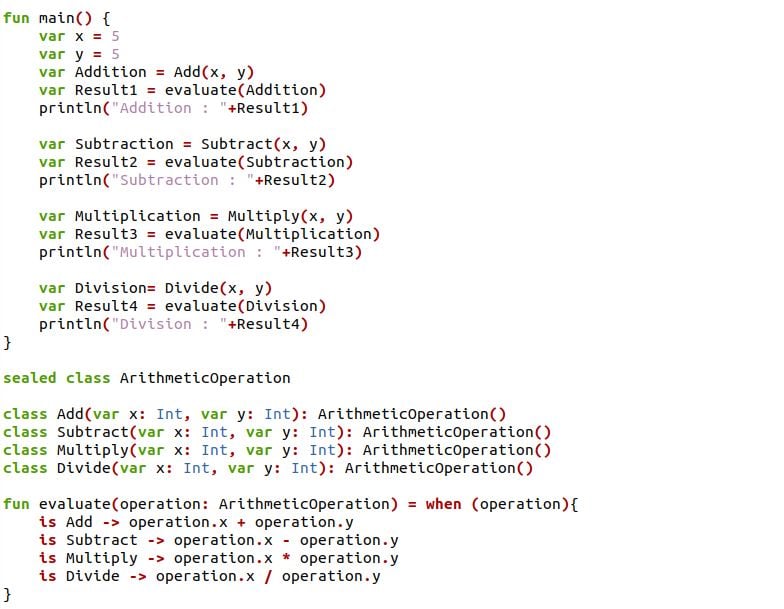 We have declared a sealed class as “ArithmeticOperation” in the above example code. The sealed class ArithmeticOperation has defined four subclasses “Add,” “Multiply,” “subtract,” and “Divide.” We have defined these subclasses with the “Int” type. Then, we have defined a evaluate() function, which contains the “when” expression. The “is” keyword is used in the “when” expression, which will ensure that all subclasses from the specified subclass set are referenced. Then, we have the main function, which is defined with the variables “x” and “y” with the numeric value “5”. We have also defined other variables for subclasses in which specified arithmetic operations are initialized.

Upon executing the different arithmetic operations, we have the output values on the terminal screen of ubuntu.

The article’s main aim is to demonstrate to you the concept of the sealed class, which is introduced in the kotlin language. The sealed classes in kotlin allow us to write code that is both clear and concise. For your better understanding, we have different examples of using sealed classes, and also we have learned the usage of “when” expressions. That’s all about the sealed classes you need to know in Kotlin and how to utilize them in the code.