The Java list interface and the java.util.list package represent the organized sequence of the elements. The sequence in which the members appear internally in a Java List determines how they can be added, retrieved, iterated, evaluated, and removed. Here, we will determine whether the list includes a particular item. The List.contains() is a convenient way to quickly determine whether a List includes a particular element or not. It returns true if an element is found when searching for it in the list; alternatively, it yields false.

The list() method of Java only accepts a single parameter which is the element to check its existence in the specified list. The program is implemented to check the integer list element by the contains() method. 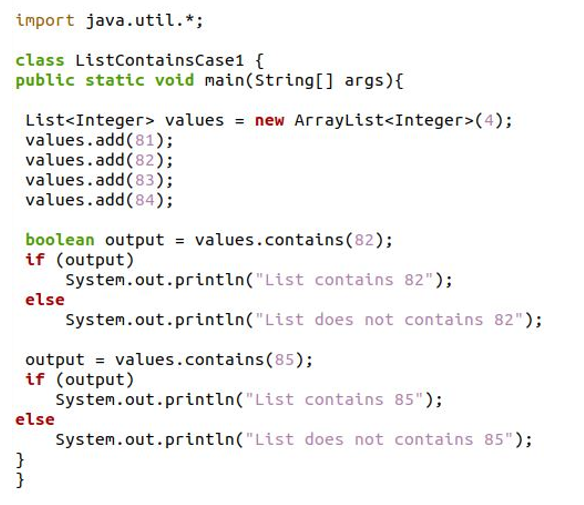 First, the “ListContainsCase1” class of the program is deployed. Then, the main() method of the class is implemented. The main() method is defined with the list interface where we create the “values” object. We establish the empty list using the ArrayList() method where the size of the list is specified. Once the list is established, we insert the numbers using the add() method.

The working of the contains() method is demonstrated in the previous example with the list of integer values. The value from the list can also be verified using another method termed indexOf(). The method outputs the list position of the provided element’s first entry. 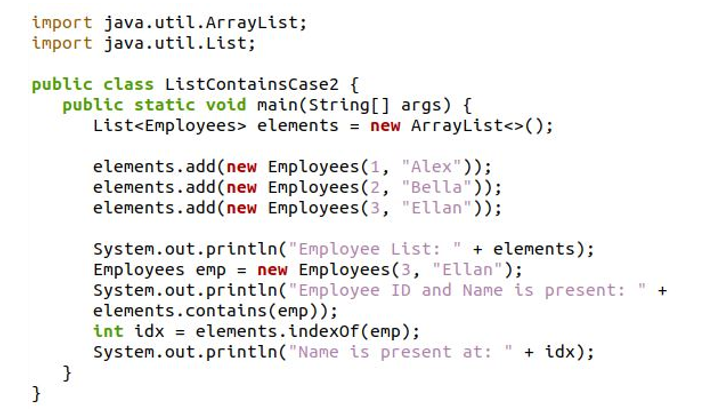 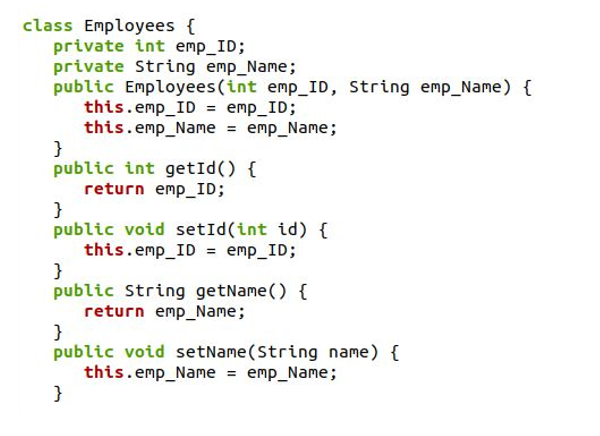 The “ListContainsCase2” class is defined with the main() method where we use the ArrayList() method from the list interface. The list class is the generic type “Employee” which is another class. The ArrayList() method is set inside the “elements” list variable. The ArrayList is then added with the elements for the “Employee” class. There, we add one integer value and the other string values which are the names of the employees. 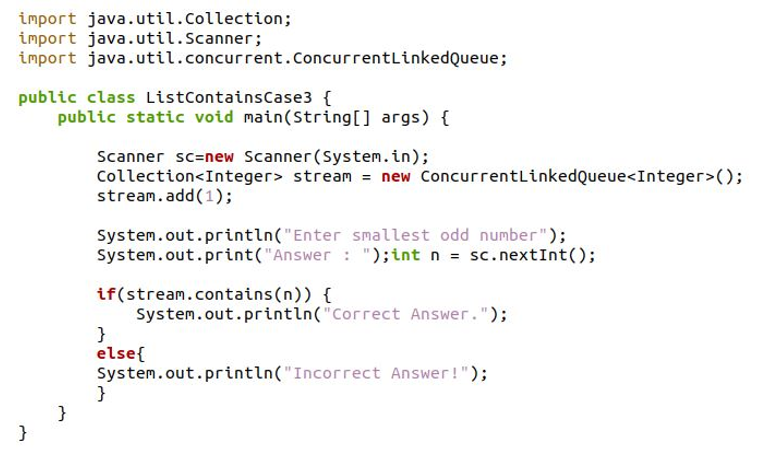 The “ListContainsCase3” class is developed with the main() method where the Scanner class is implemented. The Scanner class allows the user to enter the value on the console. We call the scanner(system.in) in the “sc” object. After that, we use the concurrentLinkedQueue() method to add the integer stream. The added number to the add() method is “1” which is then checked via the contains() method.

The entered number into the console is “1” which is the smallest, odd number given to the collection. The contains() method shows the “Correct Answer” message as shown in the following:

The containsAll() is also the method to validate that the list contains all of the elements in the input collection. If it finds it, it returns true. Otherwise, it returns false. 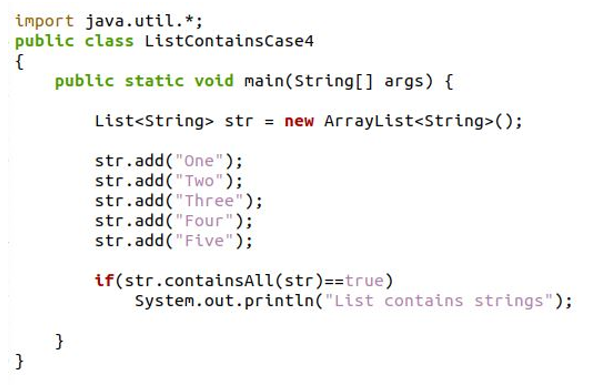 The entire string which is verified with the string object is equal to the true value which is shown by the executed statement:

The contains() method is intended to determine whether the desired element is available in the list view. We used the contains() method with the integer type and string type list to evaluate the availability of the specific string and integer elements in the list. Furthermore, we employed the indexOf() method which is also used for this purpose to find that element from the list. Both these methods are compatible with finding the elements from the list.