To give the inputs to the Arduino board manually we can interface the keypad with Arduino. These inputs can be integers, characters or some control functions. The keypad comes in handy when human input is required to perform some tasks like entering a password or turning on and off any appliance and many more. Similarly, the inputs can be displayed using the serial monitor as well as with any LCD module.

This discourse explains the procedure for interfacing keypad with Arduino and displaying its input on the LCD.

A Keypad is a small version of keyboard which can perform limited functions. These keypads are mostly used with the embedded systems where human and machine interaction is needed. For instance, when a passcode is required to open a door or to authorize any access.

Similarly, the keypad is a viable option in the embedded systems as it requires a smaller number of pins and is compact in size. The most common size used for the keypad is 4×4 which has 4 columns and 4 rows and 8 pins in total.

Interfacing Keypad with Arduino and LCD

The schematic for the interfacing the keypad with Arduino and displaying the output at the liquid crystal display (LCD) is given as:

The syntax for defining the library for the keypad is:

The code to interface keypad with Arduino is given as: 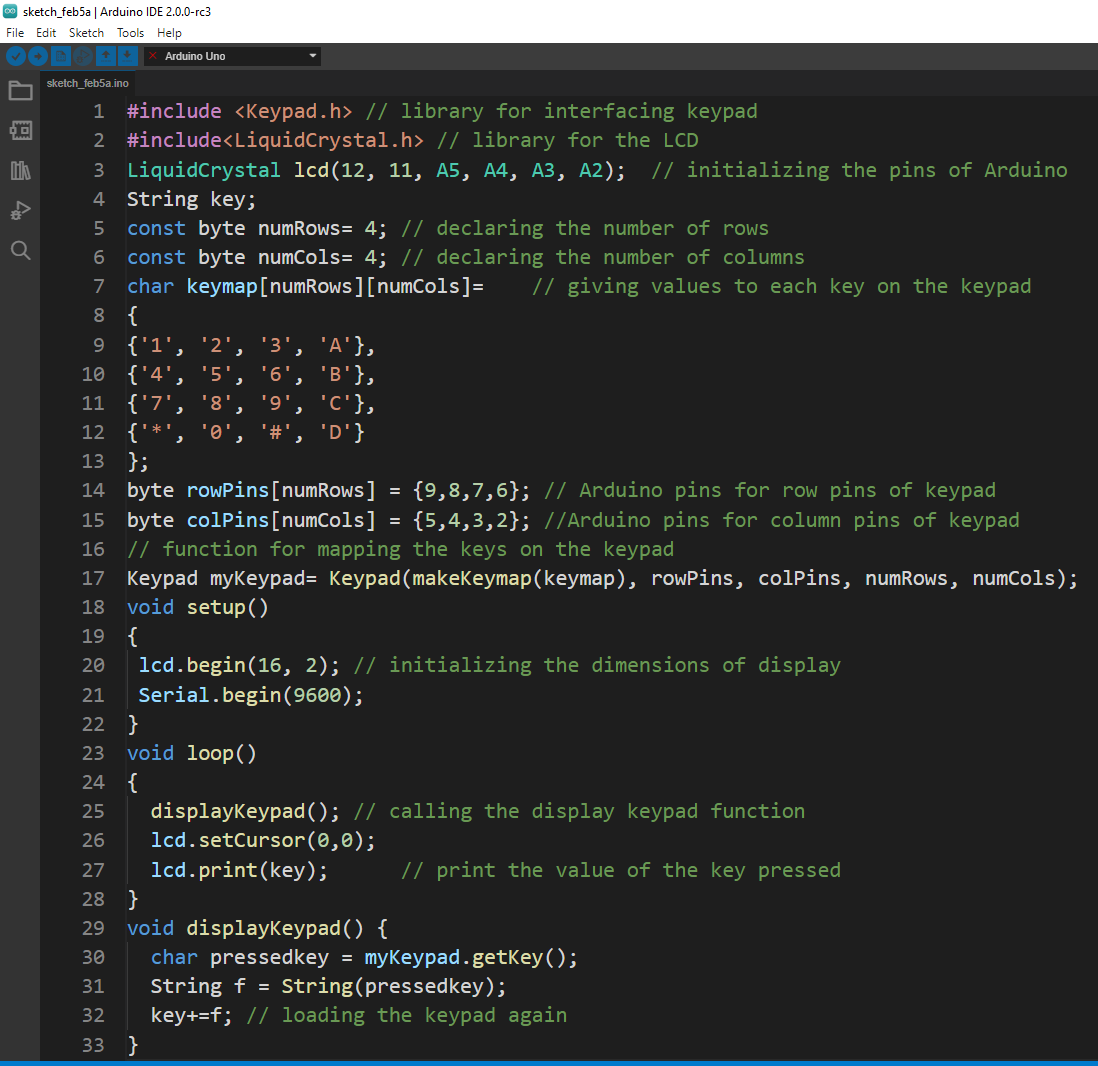 In the code the display module is connected to the analog pins of the Arduino and the keypad is initialized as a string.

The output of each button of the keypad is declared in the string and after that Arduino pins for the keypad are declared separately for rows and columns.

Furthermore, a function for the keypads is created which is called in the loop function when the button of the keypad is pressed.

We can summarize the working of the program in such a way that when a key is pressed it is read by using the getkey() function and then it is printed on the display module using the lcd.print() function. 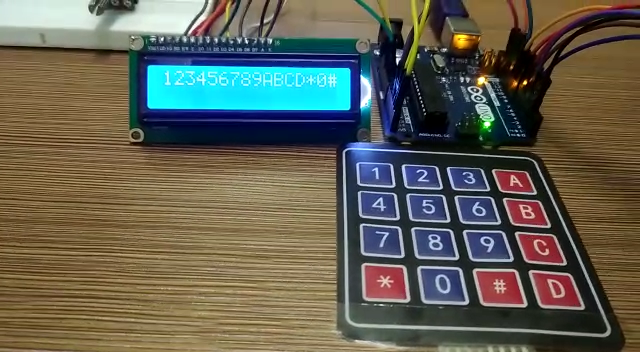