Nemo is a relatively new file manager that ships by default in Linux Mint. It is part of the Cinnamon desktop environment stack on Linux Mint and is a fork of Nautilus file manager (also known as GNOME Files) that ships with Ubuntu and other distributions that use GNOME shell. Ubuntu Budgie has also adopted Nemo as its default manager since its 20.04 release. This article will cover the installation and configuration of Nemo file manager.

Rationale Behind the Development of Nemo File Manager

GNOME shell and many GTK-3 apps embraced a minimalistic approach by simplifying the user interface. In this process, some features were removed, some were relocated, and some were stripped down. The result was that GNOME-3 applications turned out to be a whole lot different than GNOME-2 applications. Many Linux distributions and desktop environments use the GNOME application stack as a base, and the development of GNOME-2 applications stopped with the advent of GNOME-3. Developers had to choose whether to stick to a fully-featured, but older application stack or embrace the new, minimalistic GNOME-3 suite.

Linux Mint developers decided to go with the old, tried and tested, feature-packed desktop environment layout that is friendly for both casual and power users. Since many GNOME-2 apps were almost defunct, Linux Mint developers created new apps, forked some of the old and new apps, and developed a new desktop environment called “Cinnamon”. These forked apps received new features and patches. Nemo file manager is one such app forked from the Nautilus file manager. 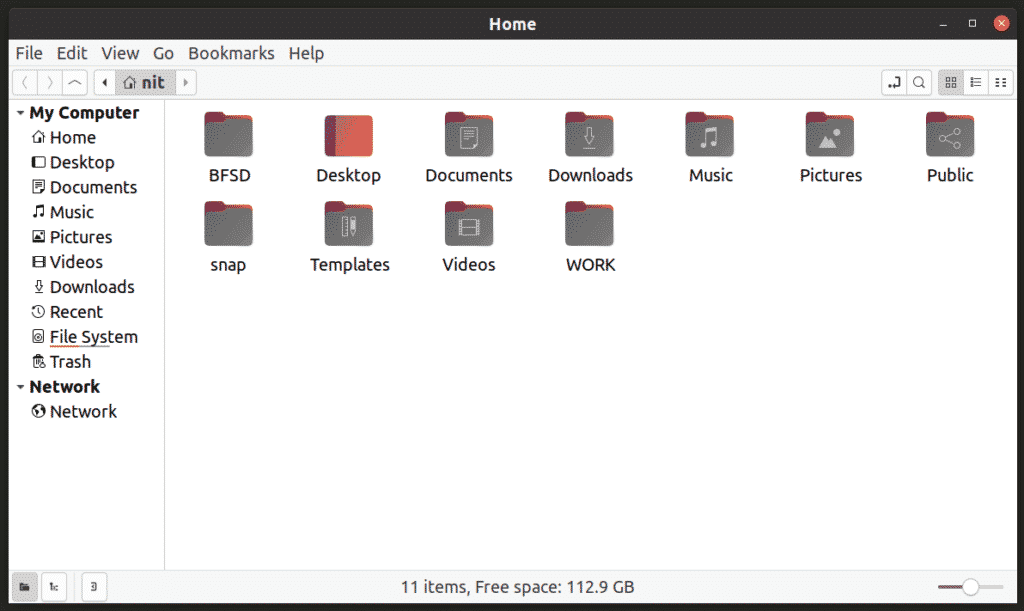 To check the current default file manager on your system, run the command below:

You will get some output like this (make a note of the line, it will be used in the next command):

To check what all mimetypes Nautilus is being used for, run the command below:

Note that in some distributions, “defaults.list” is called “mimeapps.list” and the exact location in the root folder may be slightly different.

Now to set Nemo as the default file manager, run the command below (the goal is to assign Nemo same mimetypes that are used for Nautilus file manager):

Since the output above shows only one mimetype for Nautilus, the command for setting Nemo as the default file manager changes only one mimetype. If you get multiple mimetypes when querying “defaults.list” file, use a command in the following format:

To confirm the change, run the query command again:

Logout and re-login for the changes to take effect. Finally, to confirm that Nemo has been indeed set as the default file manager, run the command below:

If you have followed the instructions correctly so far, the home folder on your system will now open in the Nemo file manager instead of Nautilus.

To revert back to Nautilus, run the command below: