Minio is an object store like AWS S3, self-hosted so that it can easily be used in a private cloud. It is an open-source object-store. Therefore, it is free for modification. This is one of the fastest-growing and self-managed data storage out there. Minio is the best option for storing large unstructured such as videos, photos, system log files, VM disc images, and backups. It can run on all available hardware and operating environments. The size of a data object can range from KBs up to 5TB.

In this article, we will study how to install minio on Ubuntu 20.04 system using the terminal. It is such a simple installation process of Minio Server on the Ubuntu system.

We need to use the two components for minio installation. One is the minio server runs in the browser, which stores the large data in the form of objects, and the other is a client, a command-line tool to communicate between the user and server. Let’s start the installation.

The following steps are involved while installing the minio server on a Ubuntu system. Let’s explain each step briefly.

First, download the packages for Minio Server installation by using the wget command and use the download link with wget command in the following manner.

The above download process will take time to fully complete. After that, the downloaded file, by default, will be saved into your home directory. 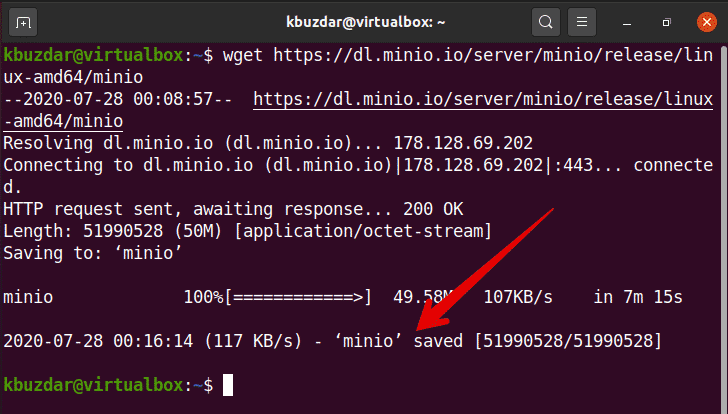 Once the minio file is downloaded, you need to set executable permission for a downloaded minio file. To do this, run the following command in the terminal:

Now, execute the following command to start the minio server.

Here, the downloaded file named minio is placed in the home directory. Once you execute the above command, you will see the following output on the terminal window. The output contains the Access key, secret key, and system IP address information. 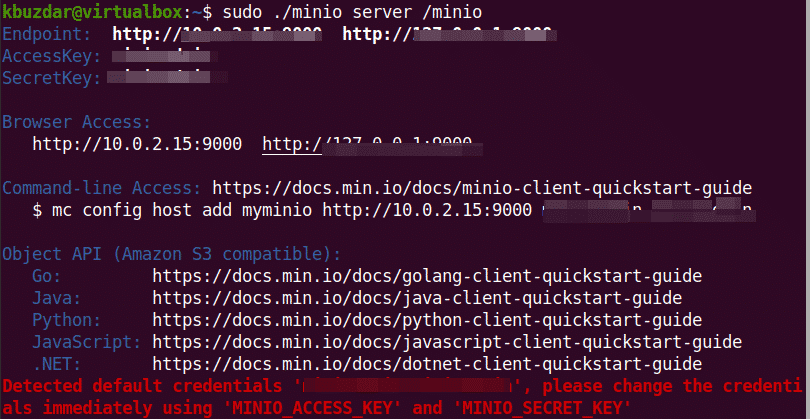 You can set the Access key and Secret key by changing these fields into the minio configuration file.

Open the browser on your system and paste the copied IP. 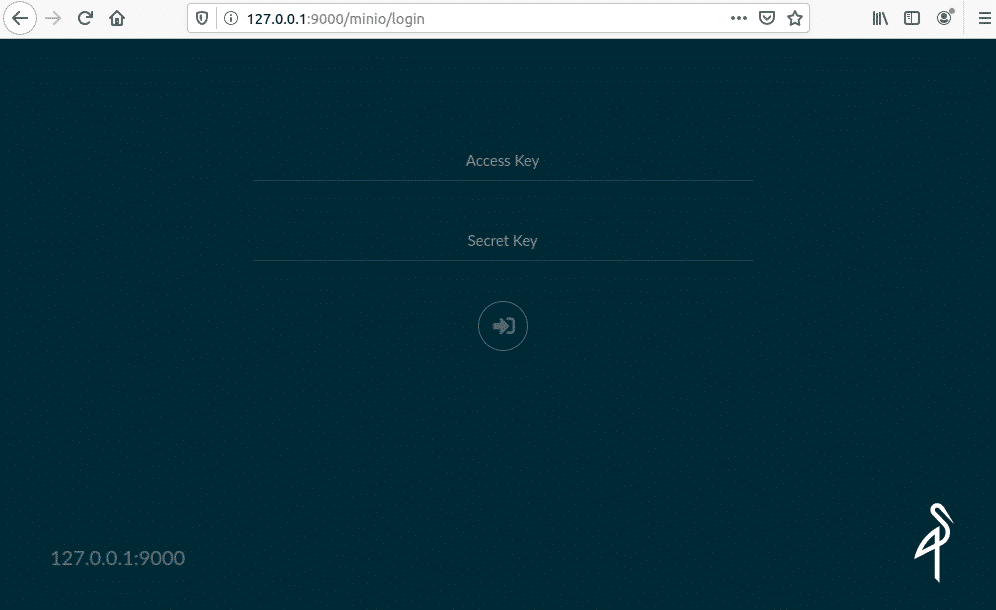 You need to enter your secret key and Access key in the login fields. Now, click on the arrows icon.

Once you logged in, the following window will be displayed in the browser. 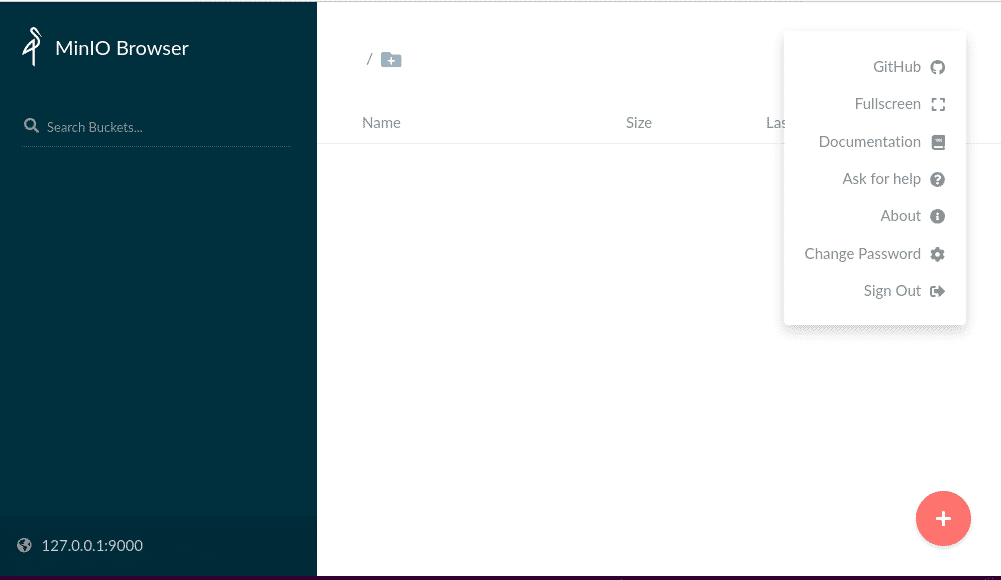 To install the minio client, you can download the client package using the following wget command:

Then, you will set executable permission on the downloaded mc file. This file will also save into your home directory.

To get help related to minio client, you can display the list of important information using the below-given command: 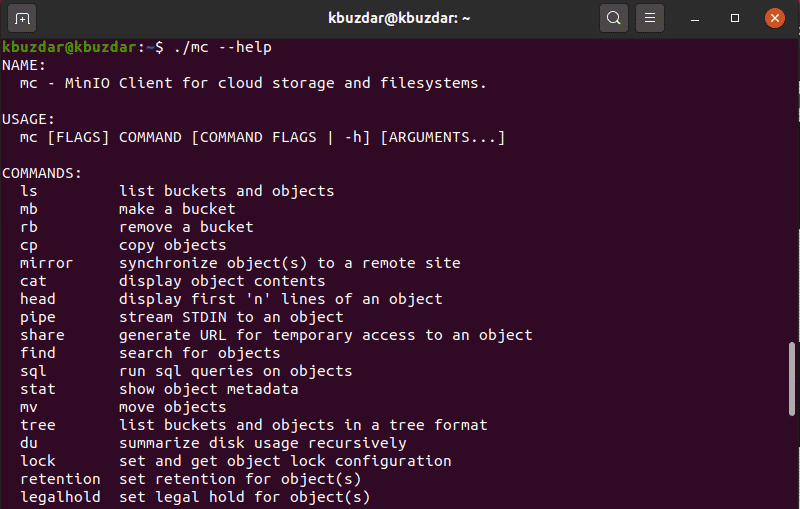 You can configure the minio client with an instance using the following command:

In the above command, you will paste your connecting IP, Access, and secret key.

Now, the minio client and server are installed on your system.

Some useful command to use minio

Here, some useful commands are given, which will help you while uploading data on the minio server.

To list all file of minio server use the following command:

To cat the file content run the below-mentioned command:

To create bucket a new use the command as follows:

You can delete or remove the bucket using the following command: 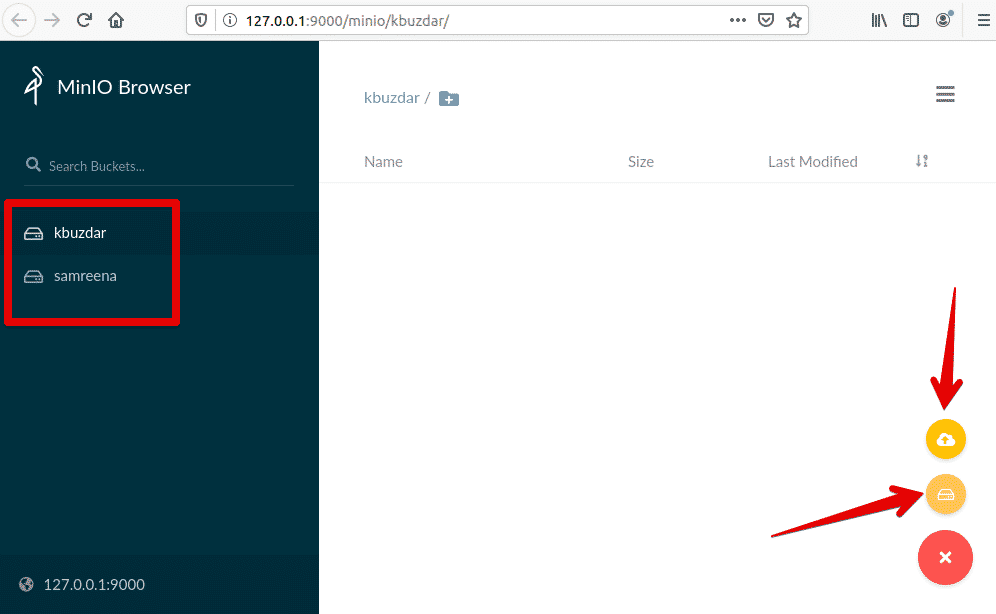 Enjoy the features of the minio server on your system.