Visual Studio Code is a well-known, powerful open-source code editor and cross-platform developed by Microsoft. It provides countless features to the developers and a trouble-free way to write and manage code.

Visual Studio Code is a streamlined Code Editor that comes up with various operations such as debugging, syntax highlighting, version control, code completion.

You can insert, expand, generate, and collapse different code blocks using the editor’s various properties, such as outlining and code snippets.

Now we will check a couple of ways to get Visual Studio Code on Ubuntu 20.04. Pick the most appropriate one according to your convenience. 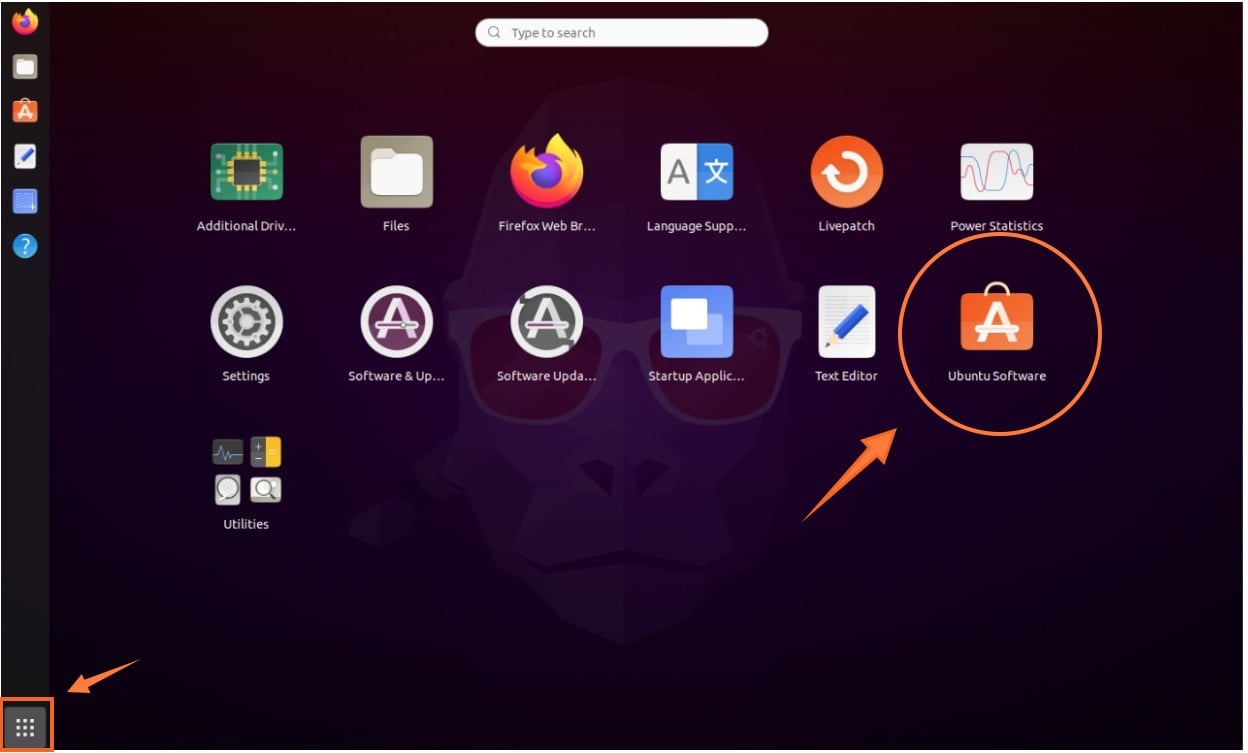 You will get a Software Center window. 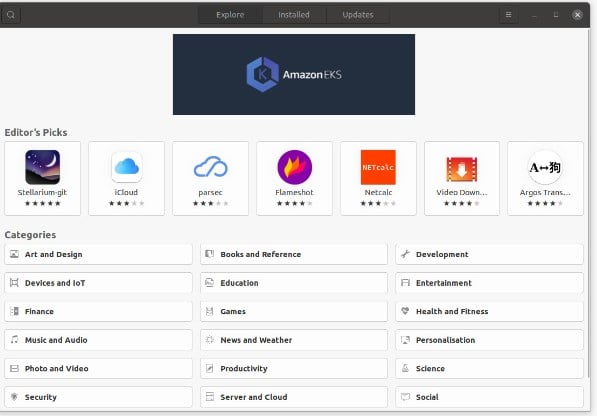 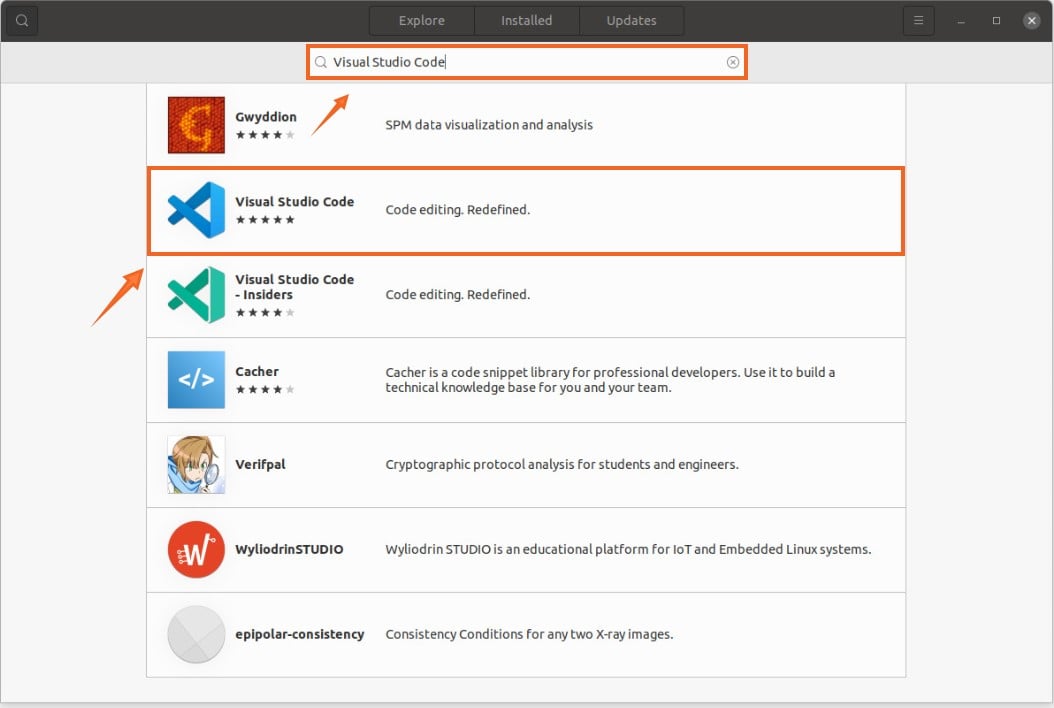 Select “Visual Studio Code”, a window will appear with Install Button; click on it to start the process. 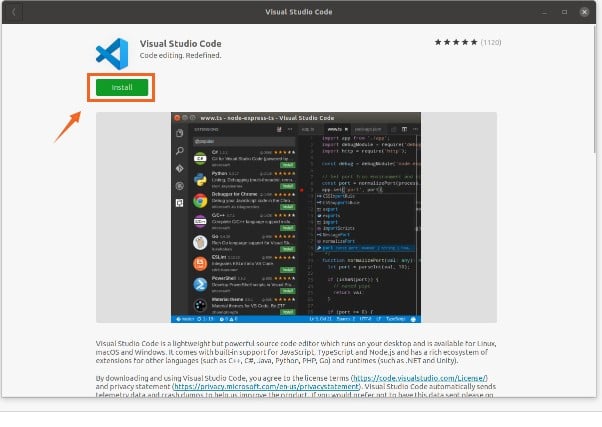 In this method, we will download and install Visual Studio Code using snap. Snap packages include binary dependencies which are secure and easy to upgrade.

To start the process, open your terminal and type the command given below:

Another way of installing VS code is using the terminal via the “apt” command.

Step 2: Next step is to import the given Microsoft GPG key on the terminal through the wget command:

As you can see, the repository is added. Now, the last step for this process is to type installation command of Visual Studio Code package, which is mentioned below: 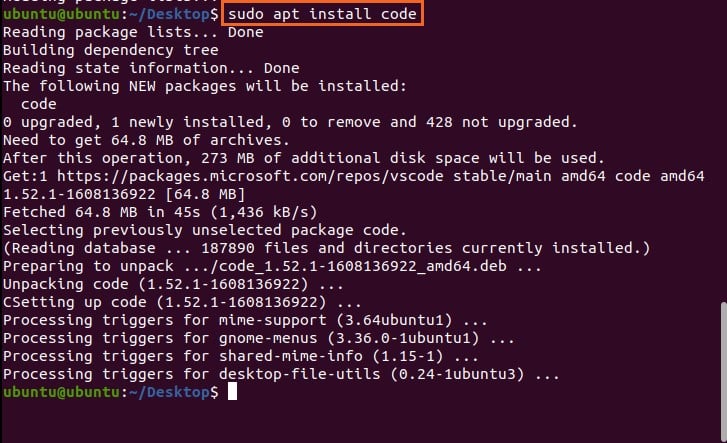 Visual Studio Code will be downloaded and installed on your device. It can be viewed in applications. Open it: 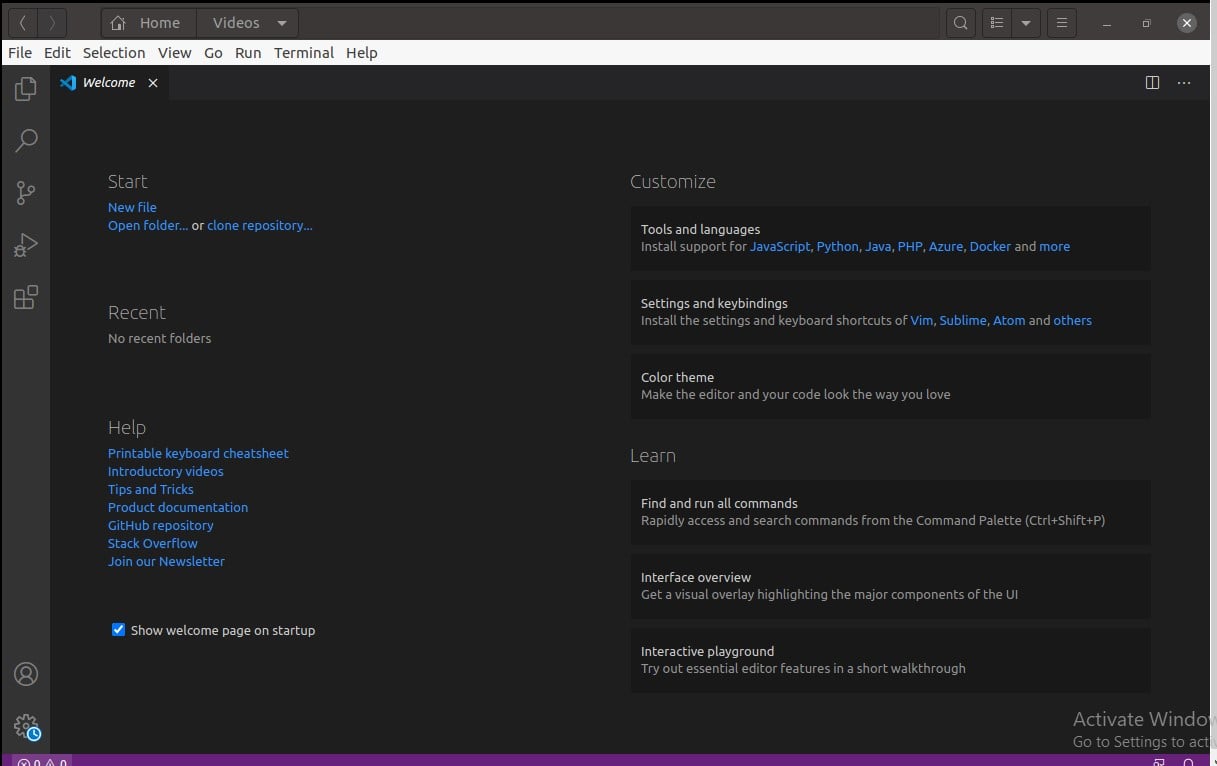 If you’ve installed it from GUI, then to remove it, follow the steps listed below: 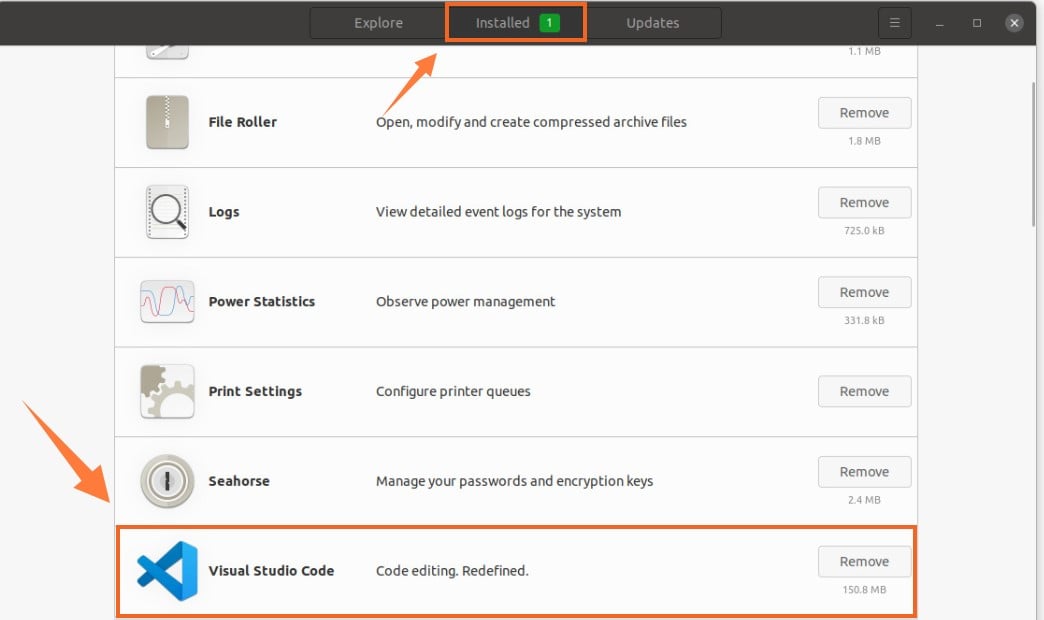 If you have installed Visual Studio Code through the terminal by snap packages.
Use command to uninstall it: 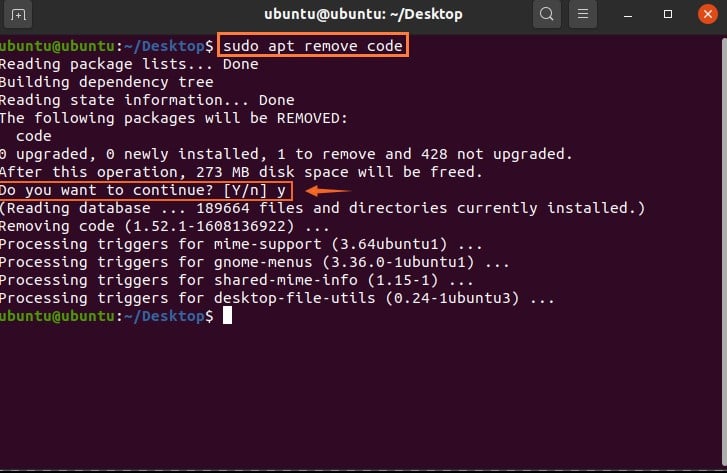 You’ve seen a brief introduction about how to install Visual Studio Code using a couple of ways that are via GUI and Terminal. We have also learned how to uninstall it in various ways. Visual Studio Code is a fast, reliable, and efficient code editor that supports various programming languages and tons of plugins to enhance productivity.