SuperTuxKart is a 3D arcade racing game designed for Linux based operating system. It is a multiplatform game and comes for Windows, Mac, and Android as well. SuperTuxKart is similar to Mario cart game and is completely open source and free. SuperTuxKart 0.9.3 was initially released in November 2017 and has been gaining popularity ever since. It comes with characters of various open source projects including multiple racing tracks. It is currently a single player or local multiplayer game. However, the online version where multiplayers can play is still under progress. A recorder is integrated in the game that can save MJPEG, VP8, VP9 or H.264 video along with Vorbis audio.

The version includes several new tracks, karts, and features. A track set in a field named “Cornfield Crossing”; a nighttime track in one of the European cities named “Candela city”; and a new battlefield named as “Las Dunas stadium”. Most of the tracks are being available for everyone. 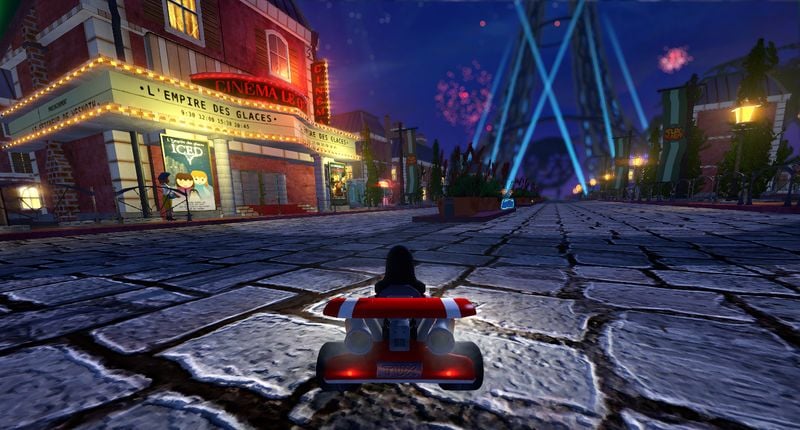 Here is what’s new in the latest version of the game software:

Along with the support for Android, they have also updated their karts and have given them exhaust smoke and new headlights.

Several karts have also been updated. Wilber, Hexley, and Konqi are upgraded with an addition of a new kart as well: Kiki, a mascot for Krita. The new version included a map specifically designed for Halloween. Also, you can get 3 new maps by donating the project.

One of the most important updates it has received is the bug fixes. They have made the physical improvements and an optimized graphical representation. A new optimized mash format has been included to improve the space and hardware skinning. It should help performance. Reduced usage of RAM and VRAM has been included to reduce load times.

The most awaited feature is the online multiplayer mode. This feature has been under progress for a while now. The team has made a lot of progress and tried a LAN-only version as well but unfortunately, when tested on various hardware platforms, it started to show unacceptable shuttering. But this didn’t stop them from trying. They are now working on the WAM version (which will include LAN as well).

For people who have been curious regarding the Steam release of SuperTuxKart, some initial work has been done on it. It can pick your username and avatar, but due to some legal reasons, the development has been stopped for now.

Other updates worth mentioning

Some of the worth mentioning features included in SuperTuxKart 0.9.3 are:

How to Install SuperTuxKart on Ubuntu 18.04

Installing SuperTuxCart is easy and does not require dealing with too many complexities. Simply follow the given procedure to install this game on Ubuntu:

Open the terminal (Ctrl+alt+t) in your Ubuntu system and type the commands mentioned below. This will add the official Personal Package Archive (PPA) repository of SuperTuxKart to your system.

You’ll need to enter your Ubuntu password after executing the above command. If you have the previous version installed, just upgrade it. Run the following commands to install or upgrade to SuperTuxKart 0.9.3.

In order to disable or remove PPA from the system, you will need to launch Software and Update utility and then navigate your way to the ‘Other Software’ tab. From there you can remove or disable it.

In order to uninstall the game, you can either use your system package or execute the following command

If you’re a diehard fan of SuperTuxKart and someone who is in love with the stability and the security Linux has to offer then there’s still a way that you can play your favorite game on your system.  The increased performance and speed of Ubuntu 18.04 allows you to play this game lag-free. Would I prefer playing SuperTuxKart in Windows or Linux? Well, there is not much difference in both versions and provides the same experience so yes, I would. Gladly.

If you want to donate to SuperTuxKart development the folks on the team would be very appreciative.