“Redis is an open-source, in-memory data structure solution. It’s a high-speed non-relational database that supports mapping keys to different types of values. Thanks to its high-performance storage, Redis is suitable for numerous applications, for example, caching & session storage.”

In this guide, we will explore installing Redis on Linux Mint.

Linux Mint is one of the most popular Linux distros that focuses on being simple and user-friendly. Because it’s based on Ubuntu, Linux Mint takes advantage of the Ubuntu repositories for its packages. Learn more about Linux Mint.

This offers two different options when it comes to installing Redis:

Installing Redis From the Ubuntu Repo

This is the easiest way of installing Redis. All we have to do is to tell the package manager (APT) to install the Redis package (redis-server).

The command is as follows: 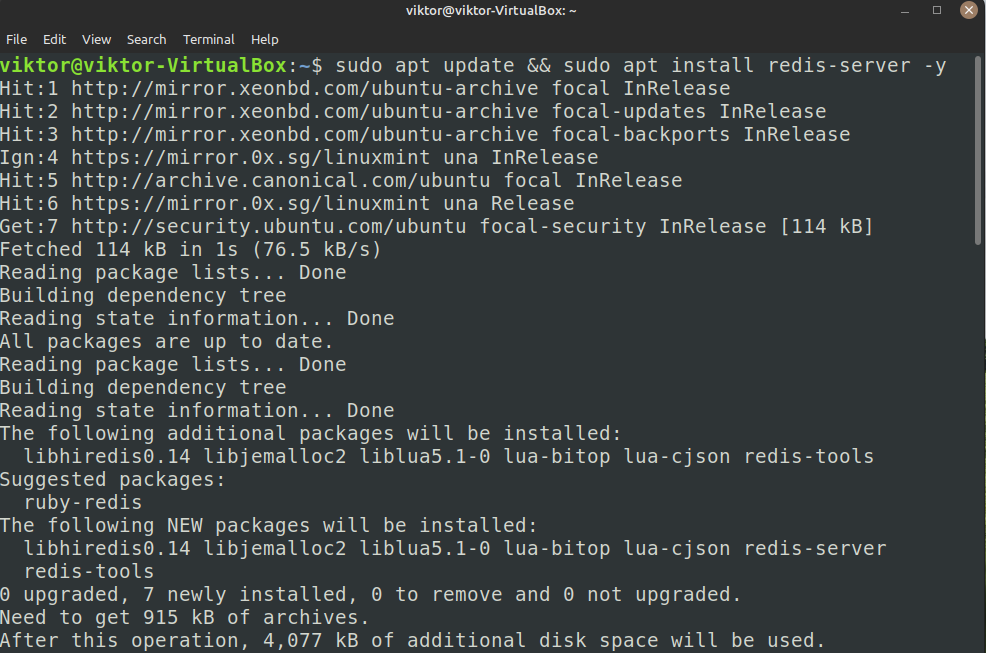 If you prefer to use GUI, then you can also install Redis from Software Manager. 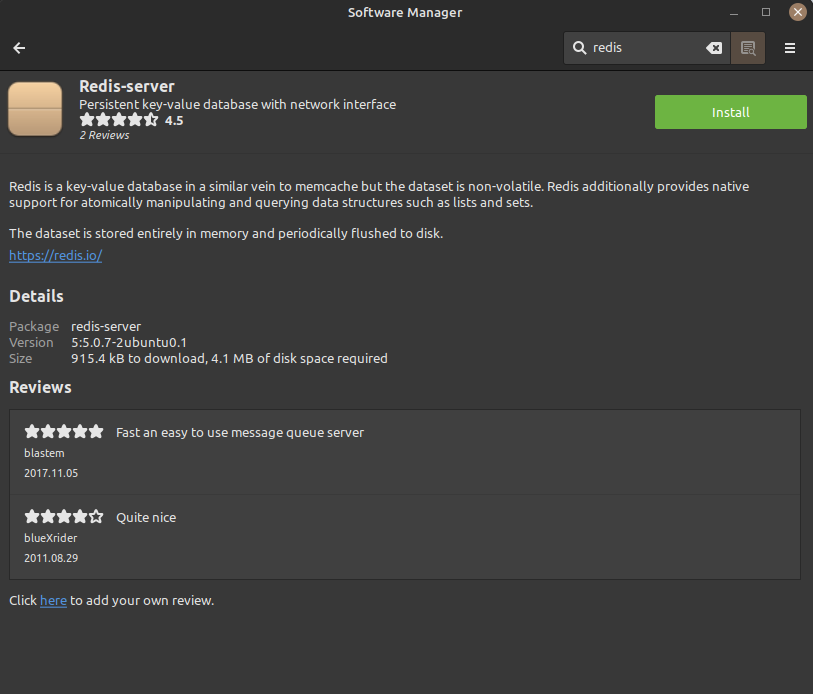 Installing Redis From the Redis Repo

Ubuntu releases package updates after rigorous testing (stability, bugs, and others). In many situations, this adds additional delays before the latest version of the package is available from the repo.

To avoid this release delay, many developers offer third-party repos. In the case of Redis, there’s a dedicated PPA available (ppa:redislab/redis). Run the following command to add the repo: 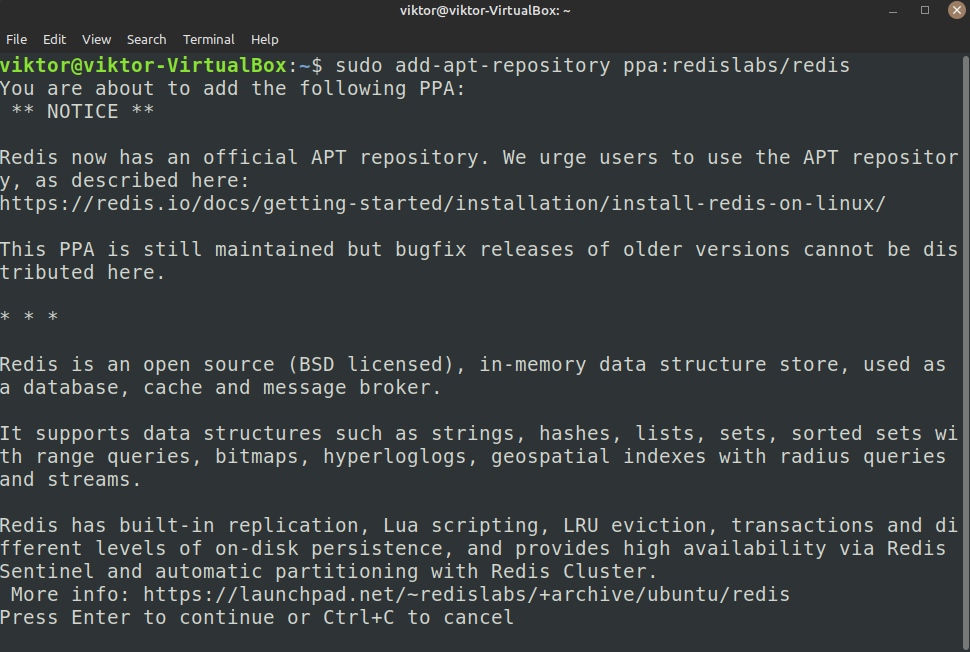 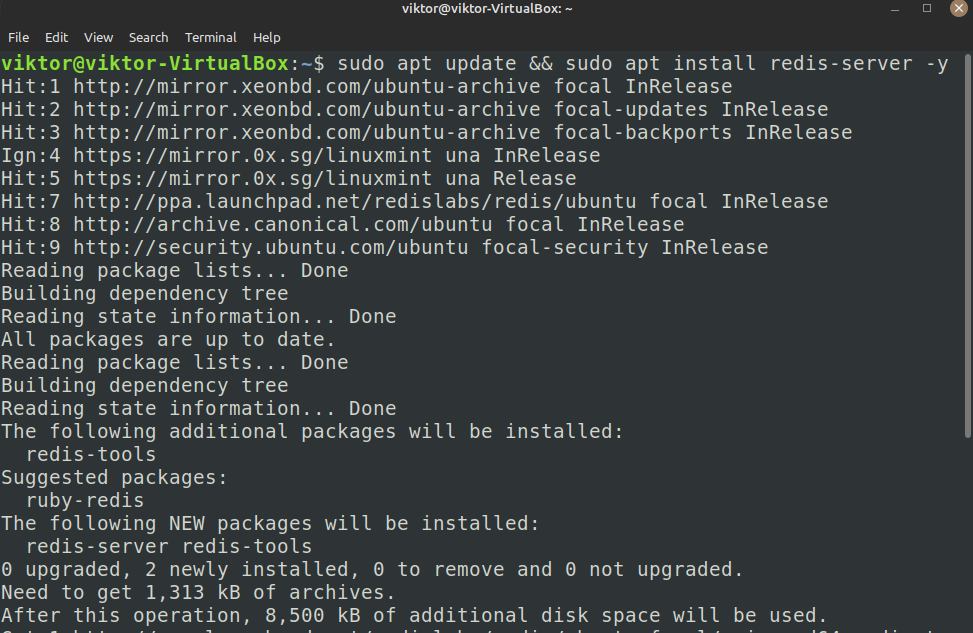 If you added the Redis PPA, then Software Manager should also pick it up.

Redis is also available as a snap package on Snapcraft.

This method comes with a couple of advantages:

The following command will install the Redis snap package:

Building and Installing Redis From Source

Redis is open-source software. The source code is available under the BSD license. We can compile and install Redis from the source code with the right tools.

However, this approach comes with some downsides. You have to manage the installation manually. It’s only recommended for developers and advanced users.

First, install the necessary tools and libraries needed to compile the source code:

Grab the source code of the latest stable release: 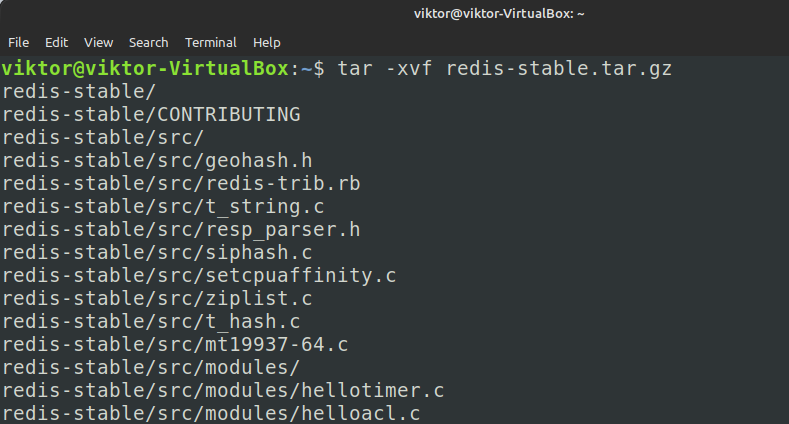 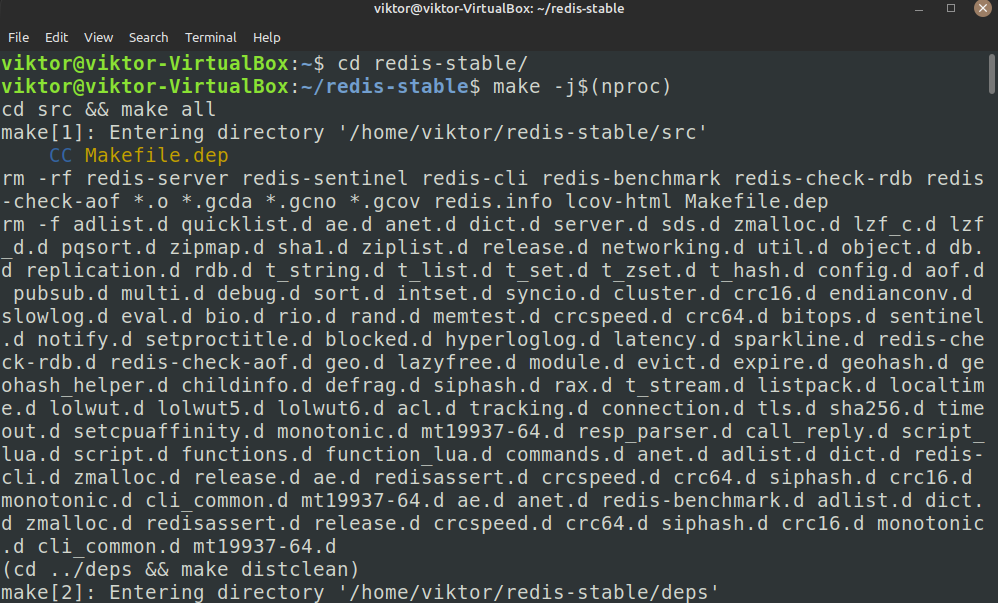 The following command will run some tests to verify if the compilation was successful. Note that the test requires an additional dependency (tcl). 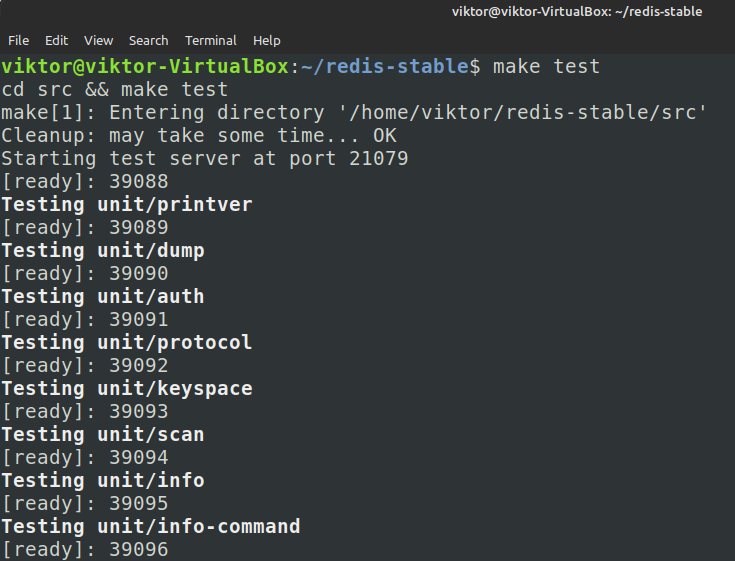 If the testing went successful, we can now install it. Run the following command:

If you decide to uninstall this installation, use the following command:

Before we start using Redis, there are some configurations that need to be done.

We want systemd to manage the Redis service. It requires some tweaking in the Redis configuration file (redis.conf). If you installed Redis from the source, then redis.conf will be located in the source directory. Otherwise, it will be located at the following location:

Change the value of the directive supervised to systemd: 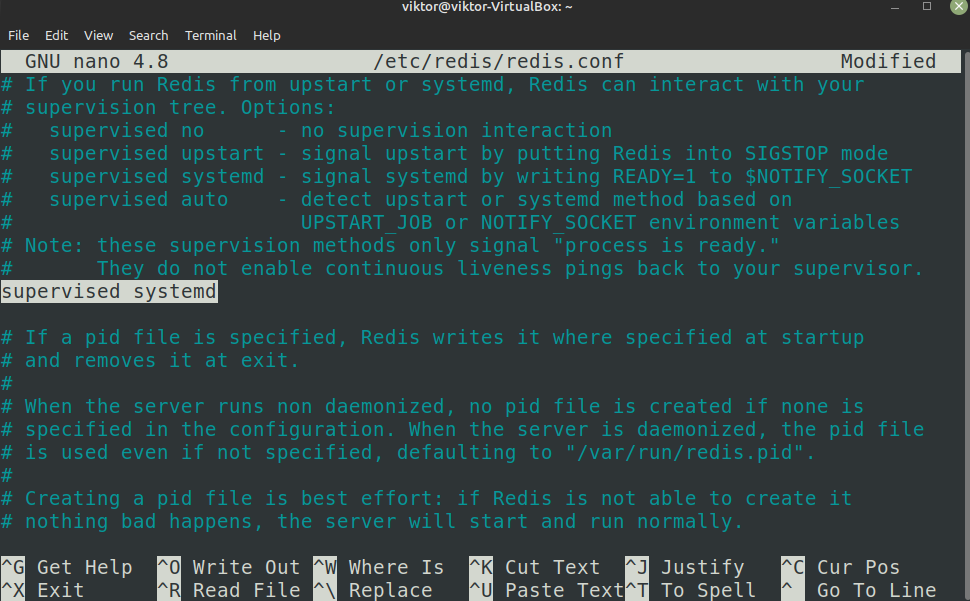 Save the file and close the editor. Restart the Redis service to take the change into effect:

This step will perform some basic Redis tasks to verify if the installation procedure was successful.

Use the PING command to test the server connection:

Next, we need to test if Redis can store key-value pairs. We will register a key test with the value “the quick brown fox”:

Try retrieving the value of the key:

This guide explored multiple ways of installing Redis on Linux Mint from different sources. While it’s directly available from the official package repo, Redis also has a dedicated PPA. Alternatively, we can also install and use Redis as a snap package. For advanced users and developers, Redis can also be installed from the source code.