QR code (aka Quick Response code) is common to find on posters and images online and in the real world. In practice, a QR code is a two-dimensional barcode that can be used to represent a certain text. Unlike traditional one-dimensional barcodes, QR offers more bandwidth and therefore more efficiency and flexibility.

How do you manage a QR code on your PC? There are numerous tools available to do the job. This article will show you how to install and QtQr, a simple yet powerful QR code tool, on Linux Mint.

The python-qrtools library is built using Python for creating and decoding QR codes. QtQr is simply the front-end GUI for python-qrtools.

The tool is fairly straightforward. QtQr is directly available from the official package server.

Installing QtQr is relatively straightforward. This program is available directly from the package server, so all you need to do is tell APT to do the job for you.

First, fire up the terminal, update the APT cache, and install QtQr.

Launch the QtQr tool from the menu. 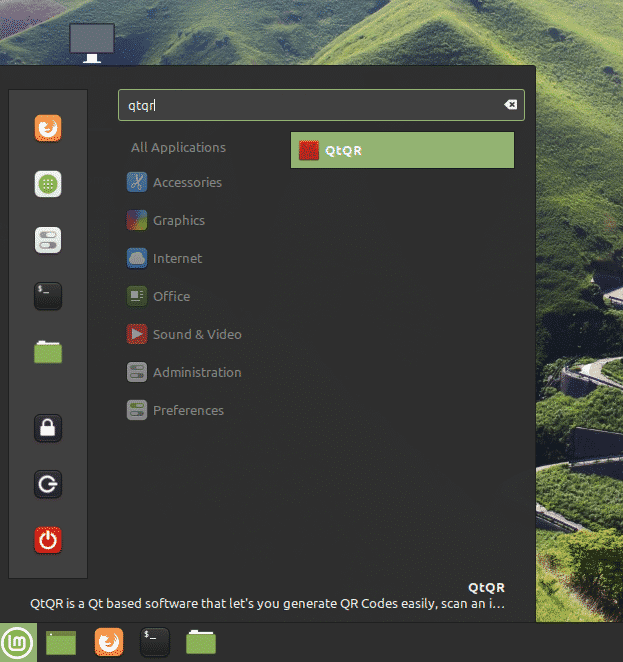 This is the main window of QtQr. All of the options in the program are self-explanatory, as shown above. 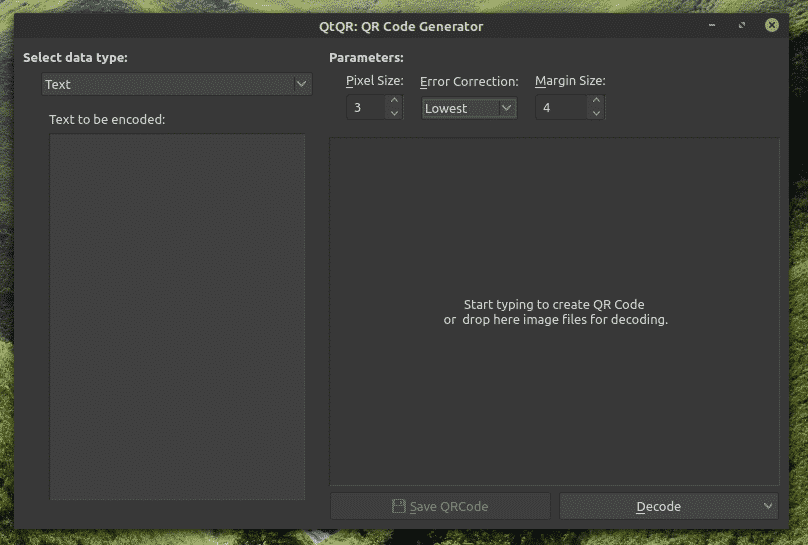 Let’s try the program out. Enter some text to be encoded into a QR code at the left text box. The output image will be on the left side. 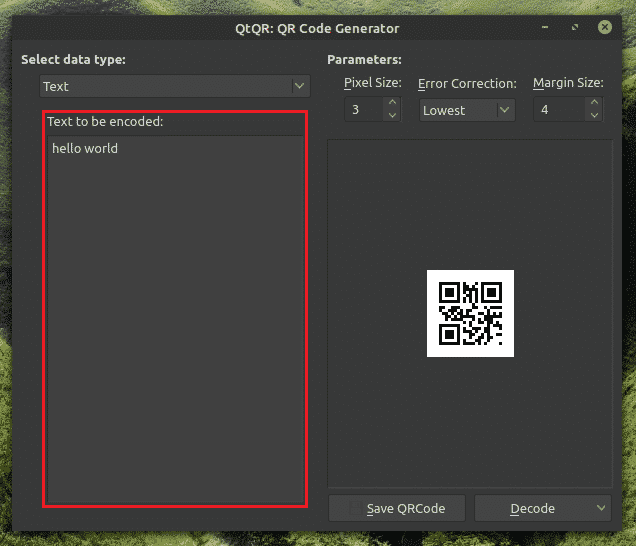 Now, there are a few parameters that can impact the output. First, try the option labeled “Pixel Size.” Increase this value to 10. 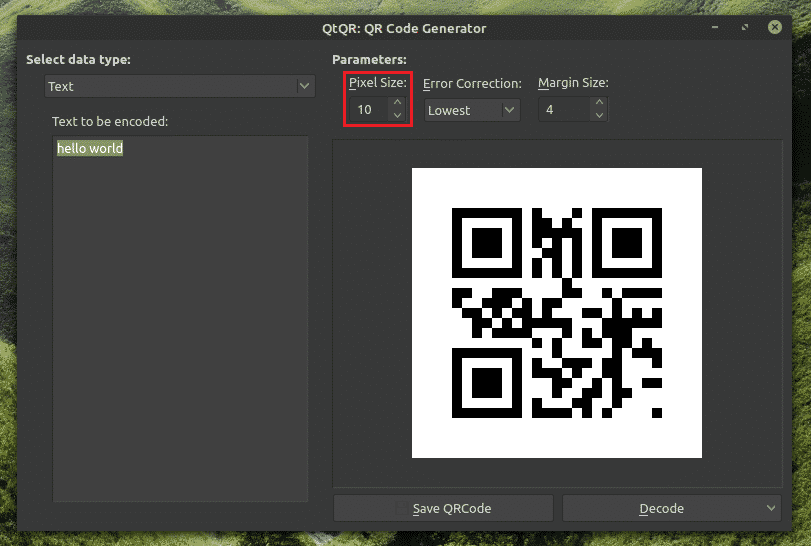 The next tweak will be in the “Error Correction” section. This option determines the quality of the QR code generated. Generally, you will not have to change much in this section. However, I suggest using the Highest option for image quality. 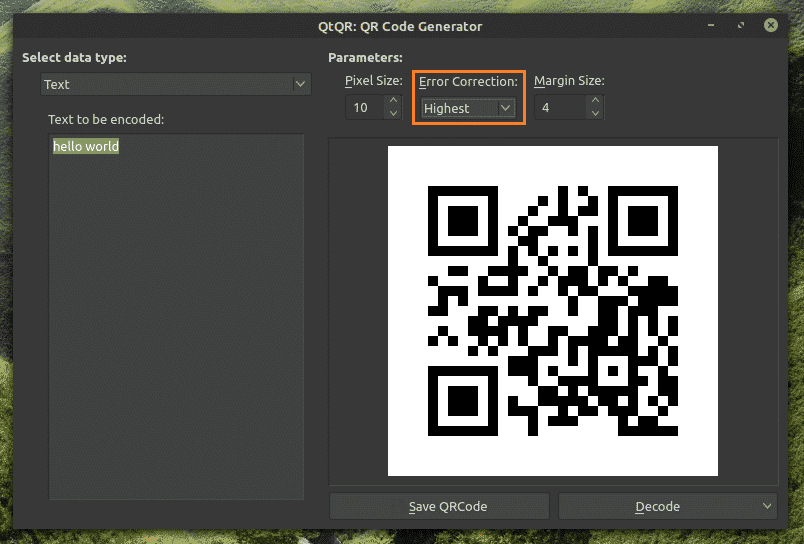 Lastly, we will adjust the “Margin Size.” This option determines the spacing that the QR code will have between the main pixels on the interior and the border on the outside. 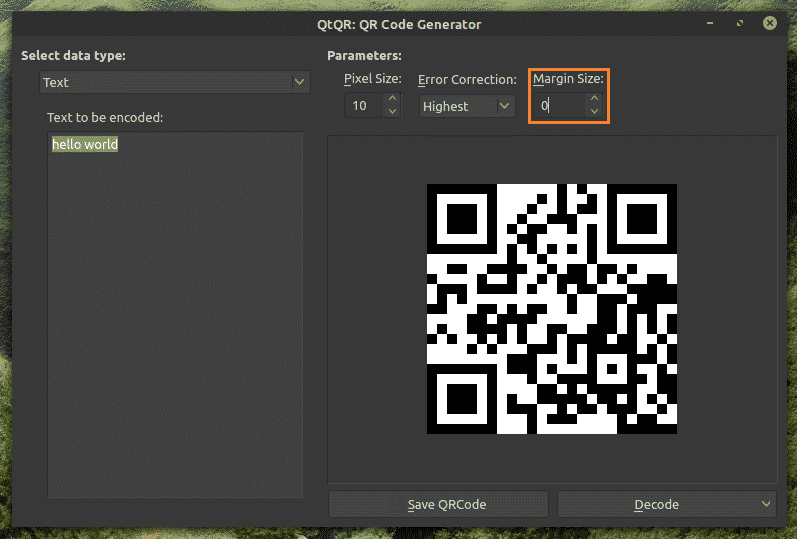 So far, we have only generated QR code for text. There are more things that can be encoded into QR code. Using, this tool, you can generate a QR code of a URL, email, telephone number, Wi-Fi network info, and many other forms of text data. 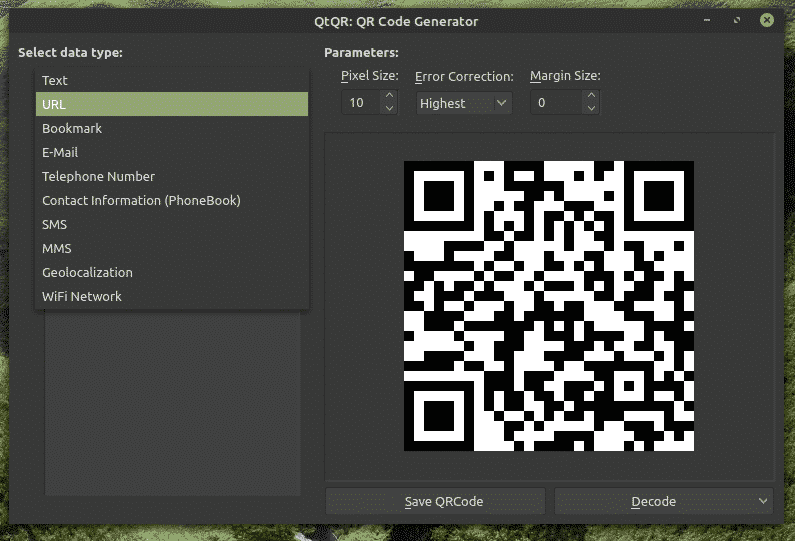 To save the QR code, click the button “Save QRCode.” Browse for the destination of the generated QR code and save it. 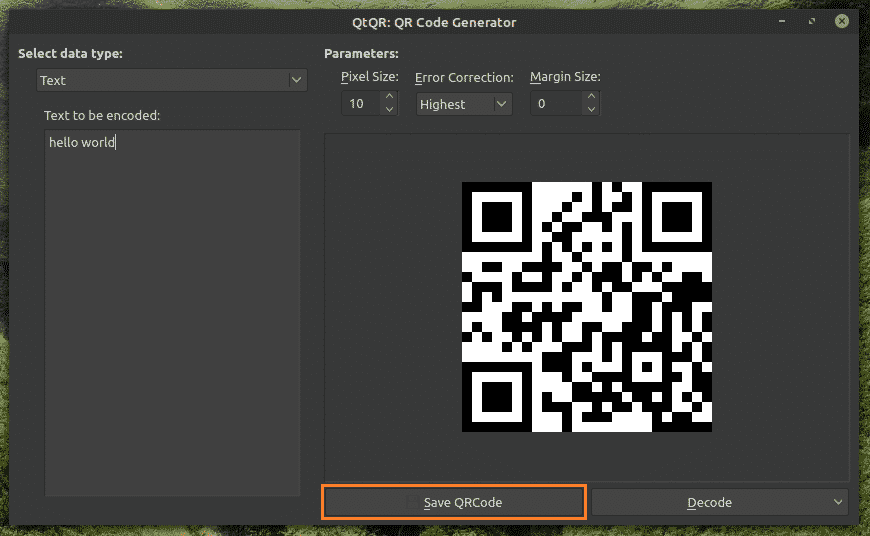 Now, let us try decoding a QR code. Here, I have grabbed a demo QR code. 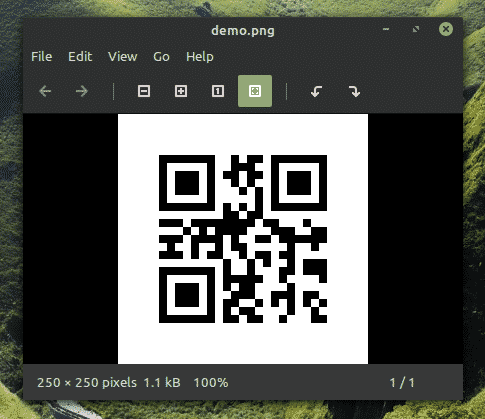 To decode from a file, from the QtQr UI, select Decode >> Decode from File. You may also use the keyboard shortcut “Ctrl + O.” Browse for the QR image file. 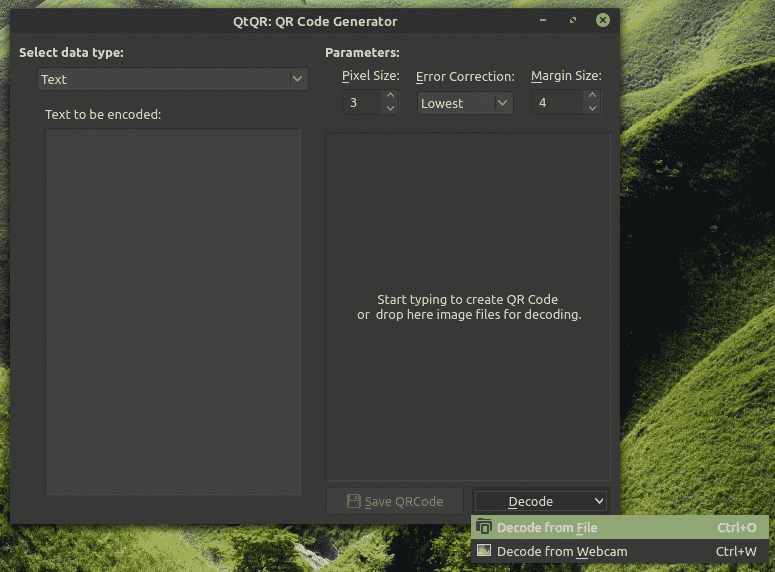 After using this program, QtQr did not prove to be a particularly reliable tool. Certainly, this program adequately satisfies your basic QR needs. However, the software was last updated quite a while ago, and I did experience some really annoying bugs that make this app somewhat obsolete.

Here are a few alternatives I suggest you check out:

QR Code Generator is a simple app that allows you to generate QR codes from text. The program’s feature is limited strictly to creating QR codes. The only customizable feature is the pixel size of the QR code. This program is directly available from the Snapcraft store. 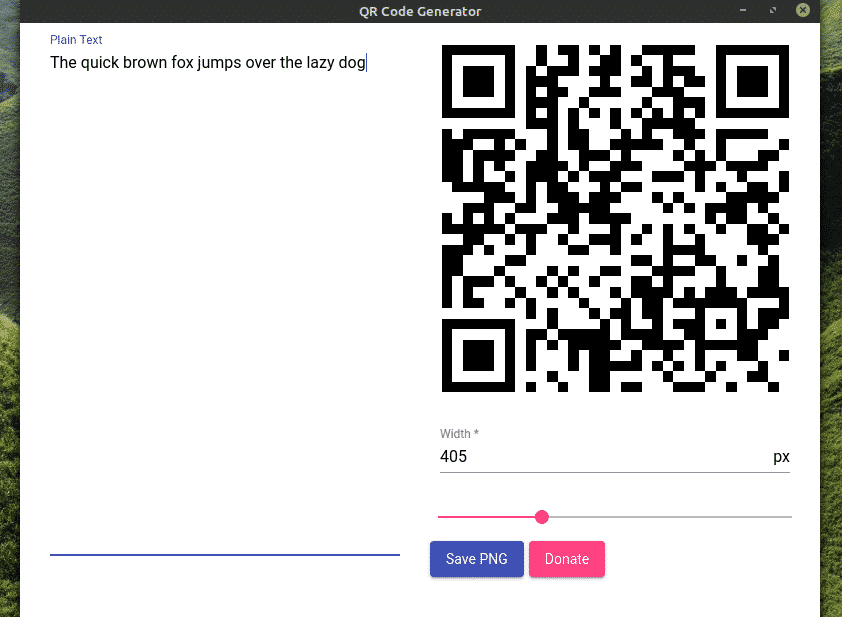 Similar to the previous program, Ampare QR Code Creator is one-directional. You can create a QR code from text and save the generated code with Ampare. With this program, however, you have almost no control over the quality of the QR code output. Nonetheless, this is a very simple tool to have at hand. 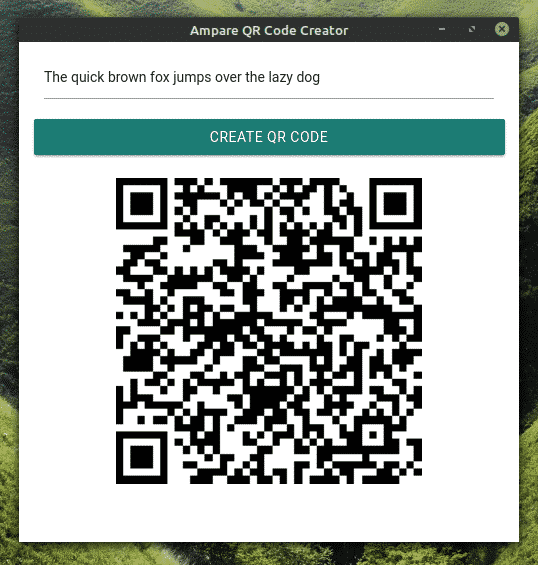 Zbar-Tools is a command-line utility that can create and decode QR codes. This program is directly available from the package server and contains several useful utilities.

To create a QR code, use the following command structure. 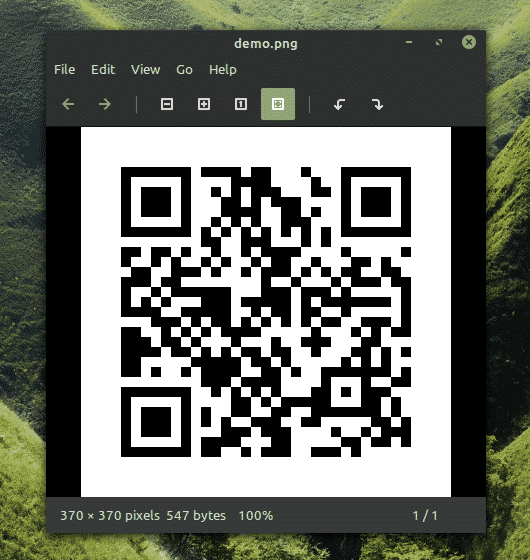 To decode a QR code, use the following command structure.

The package also contains a tool zbarcam that uses your webcam or camera to decode QR codes.

QR codes are quite common to find, in this day and age. Having the tools to create and read QR codes is quite handy. Feel free to test out the tools listed above to find the one that you enjoy the most.

If you are into Python programming, then it is very easy to make a Python script for generating QR codes. Python has a built-in library for this purpose. Check out the Python QR code generator here.