Plex is a streaming media server that allows you to store and access media content on your system from any device. Based on the client-server model, Plex turns an ordinary system into a full-fledged media server. All media files are stored in a single system with a Plex server installed. The server organizes the media from your collection and from online services. You can then access the media on the server from any smartphone, smart TV, or streaming box. All you need is to have a Plex client installed on these devices. You can install the Plex media server on many different operating systems, including Windows, Mac, Linux, and NAS OS.

This article will show you how to install the Plex media server on Linux OS. It is recommended to use the static IP on the server machine so that it will not get change when the client tries to access it. For installation, you will require sudo privileges.

Open the command-line Terminal application to install Plex. Use the Ctrl+Alt+T keyboard shortcut to open Terminal.

Note: The commands in this article are run on Ubuntu 20.04.

Wait for a while until installation of the Plex media server onto your system has completed.

If the service is running properly, you will see the status set as “Active.”

The Plex media server can be accessed and configured through its web interface using Port 32400.

To access the Plex media server from the same system onto which the Plex server has been installed, open the following address in your browser:

To access the Plex media server web interface from another system on the network, use the IP address of the Plex server instead of the localhost, as follows:

When the Plex server web interface loads, the following view will appear. Here, you will be required to sign in using Google, Facebook, or an email account. 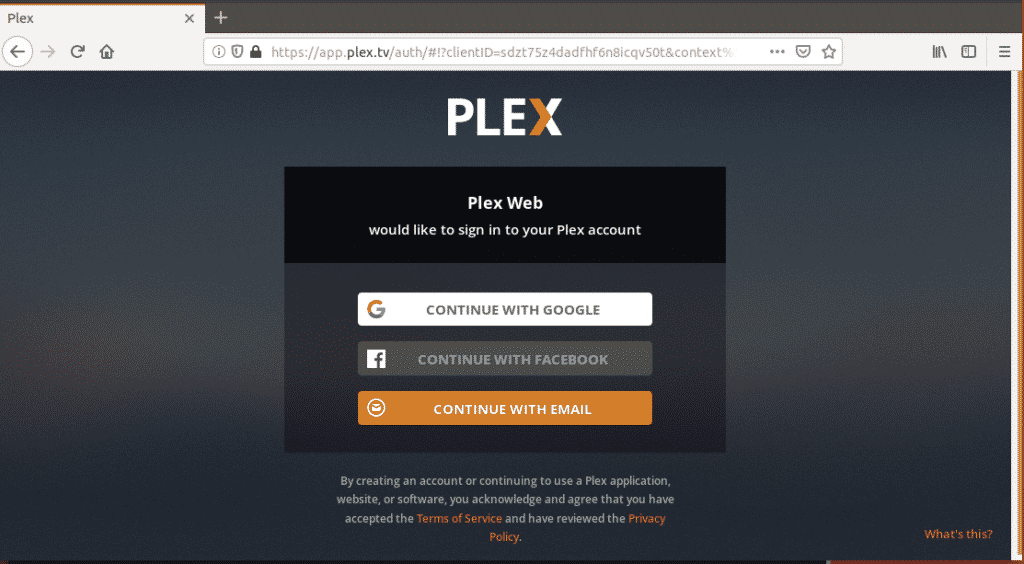 Once signed in, you will see the following page, which contains information about how Plex works. Click on the GOT IT! button. 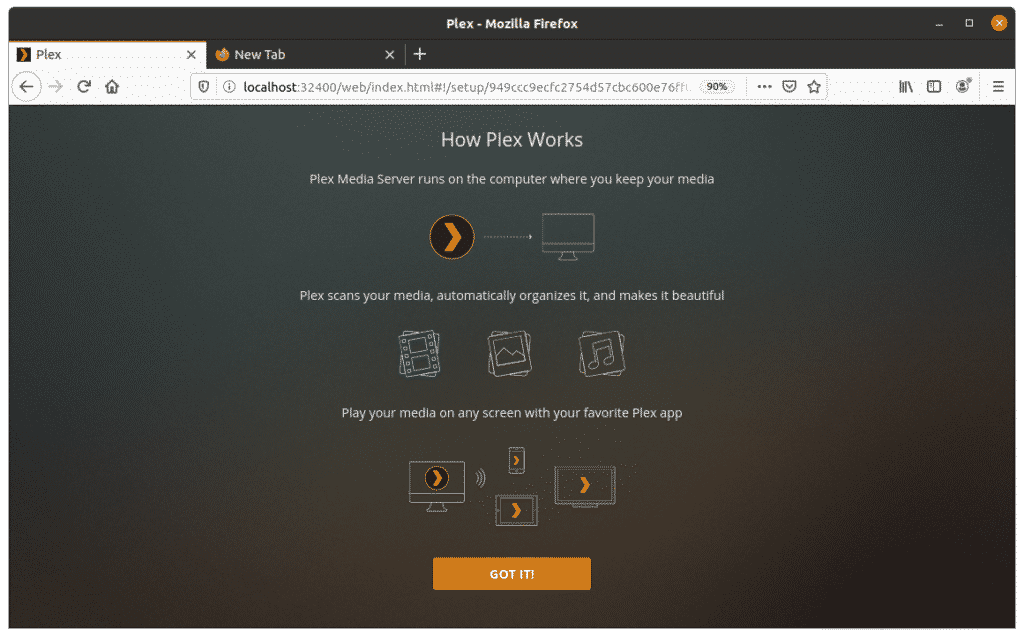 On the next page, type a custom name for your Plex server. Make sure that the box Allow me to access my media outside my home is checked. Then, click Next. 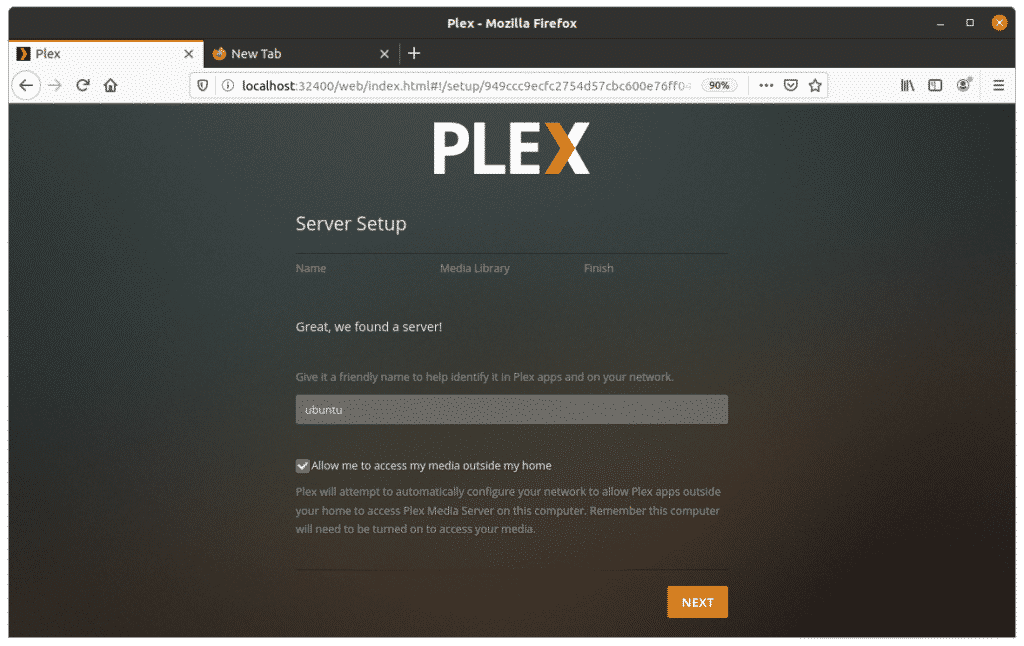 Now, you can add libraries. Click on the ADD LIBRARY button. 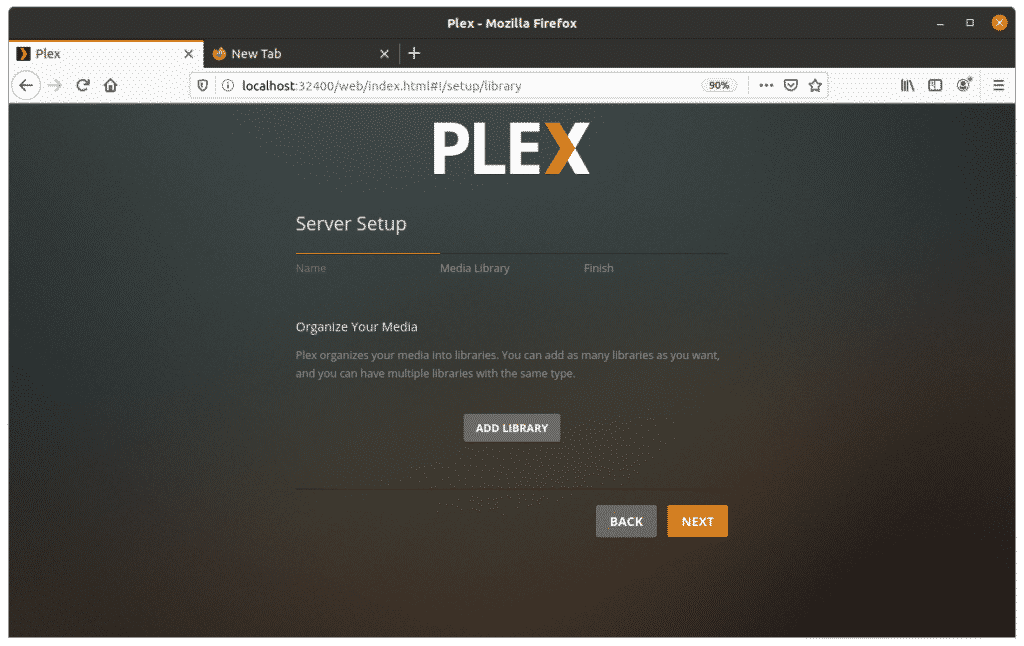 From the following pop-up window, choose the library type and click Next. 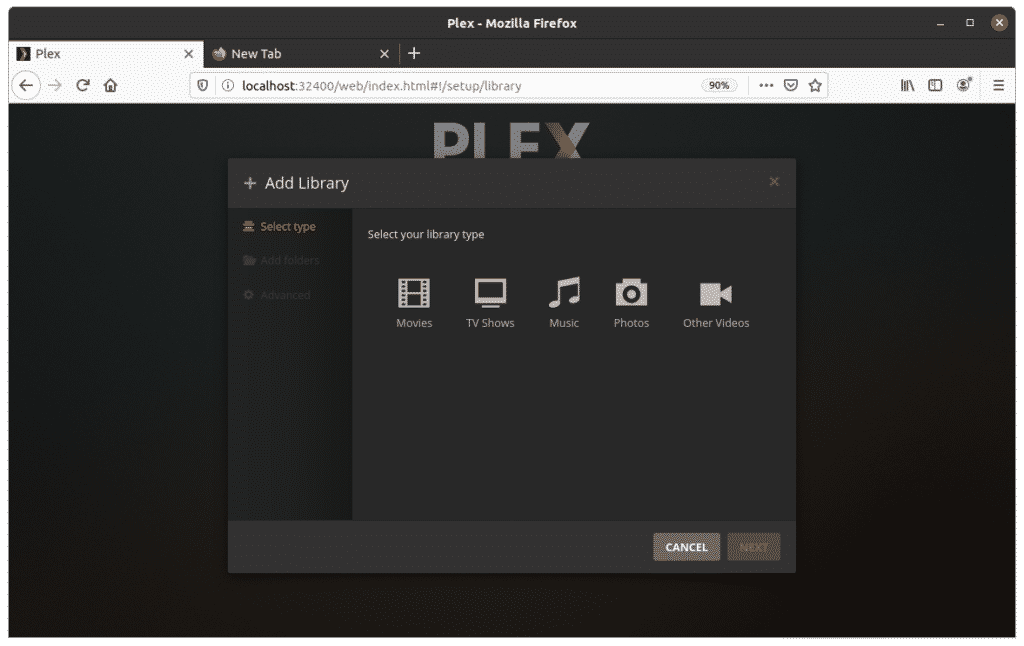 Add folders to your library by clicking the BROWSE FOR MEDIA FOLDER button. Once you have added the folders, click the ADD button.

On the next screen, click the ADD LIBRARY button . 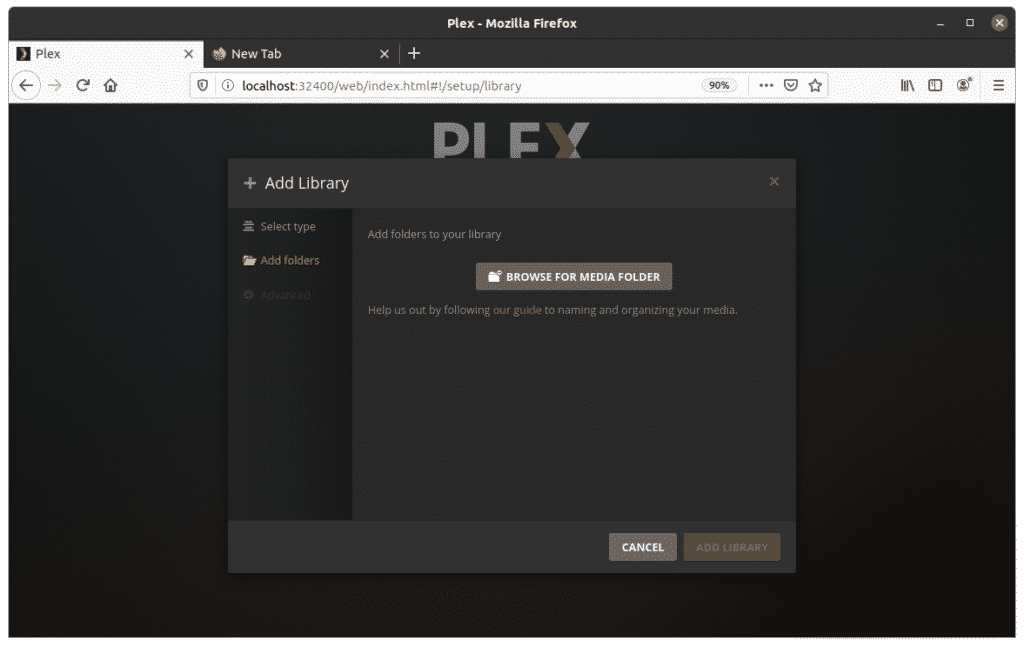 You will be able to see the added libraries in the Plex web dashboard.

If a new version of Plex is released, you can install it using the following commands:

The Plex app is available for just about every platform, including Android, iOS, smart TV, Roku, Chromecast, and many others. Go to the Plex Downloads page, then download and install the relevant app for your device. Once downloaded, sign into the app using the same account you used to set up the Plex server on your Linux system. Now, you will be able to access all your libraries and media content from the Plex client application.

That is all there is to it! With Plex, you can store all your movies, shows, videos, and photos in one place and make them accessible from any device, anywhere. In this article, you have learned how to install and set up a Plex media server on Ubuntu 20.04.