Minio is a self-hosted solution for creating your own Object storage. It is an alternative for AWS S3, if you have used that service before. The Minio software itself is shipped as a plain binary and even the official documentation suggests you to use it that way, instead of using a package manager. There are, of course, Docker images if you wish to use those to run minio on your VPS.

In this tutorial we will be installing and demonstrating the use of Minio on Ubuntu 18.04 LTS server. This VPS has a static IP and I will be setting up DNS records and TLS connections to make this Object store as secure and production ready as possible.

Here are the prerequisites you would need if you want to follow along:

Let’s login to our VPS and get things ready for Minio to run properly.

Go to the nameserver where your domain’s DNS records are maintained, most likely this is found at your domain registrar’s website. Add an A record, pointing your chosen FQDN (for example minio.example.com ) to your VPS’ IP_ADDRESS.

Before we install Minio, let’s create a new UNIX user account under whom minio will run. We don’t want to run it as root or as the regular user who may have sudo access or other applications running under it. We create a minio system account, named minio-user:

Next we download the minio binary (It is written in Go which compiles into a small lightweight binary).

Move the binary to a location where binaries are usually expected to reside:

Make the binary file executable and give minio-user user and group its ownership:

We need Minio to start up with system reboot and be recognized as a running service by the OS. Not doing so would result in catastrophes such as when the OOM-killer sees this process and decides that it’s not useful enough. We would also need a directory where the actual data of our object store is going to be saved:

Make sure that minio has full control over these directories:

Inside the /etc/default directory we need to create a minio file to specify environment variables like the port number we will be listening on and the directory where the data  should be saved (the volume). We created the volume earlier that was the /usr/local/share/minio directory. So use your favourite text editor to create a file /etc/default/minio and add the following contents inside it:

Make sure that you write your VPS’ actual designated FDQN instead of the literal string minio.example.com above. Port number 9000 is what they usually use in the Documentation but we are going to use proper TLS installation listening at port 443. Since it is a port number less than 1024, we need to expressly tell the OS that it is okay for minio to listen on these ports:

Lastly, we need to configure the minio service. Fortunately the script that does it is available at their GitHub repo and we will place it at its appropriate place:

Reload all systemd units and enable minio to start on boot

Lastly, make sure that your firewall allows communication at port 443.

We need to negotiated TLS certificates between our Minio server and LetsEncrypt. Certbot is the client which does this for us and also automates the certificate renewals. Let’s first install Certbot:

Then install the certs, as documented by Minio Docs:

Here you enter your FQDN for the Minio server after the -d flag and your email address after -m flag. The email address is important as it allows LetsEncrypt to notify you about pending renewals.

Your emails will now be present at /etc/letsencrypt/live/minio.example.com. Of course, the last directory name would depend on your chosen FQDN. Now copy the certs to Minio’s /etc/minio directory and give it permission to access them.

Now you are ready to use the service:

The output of this command will contain the access key (PAMH22LU3YJIFLU82H2E) and secret key (IKJ+qtc0Oqdn46R3dLfsjv5bCnm8UEeIBYpdG8qg) for minio as shown in bold letters above. Your keys would be different so don’t copy the ones mentioned here.

Open up your browser and visit https://minio.example.com (make sure to use the FQDN you assigned) and use the access and secret key listed in your service minio status command to login in for the first time. 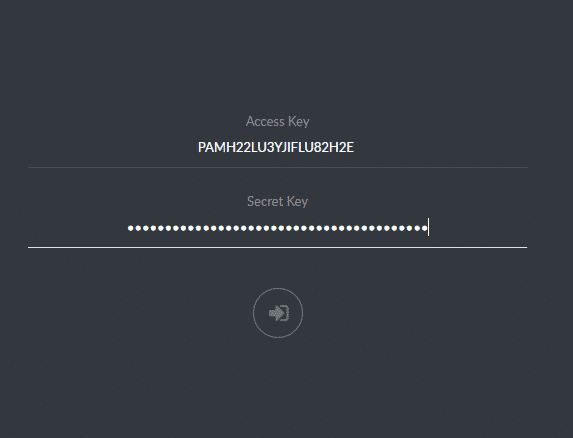 And you will be greeted by the Minio UI. 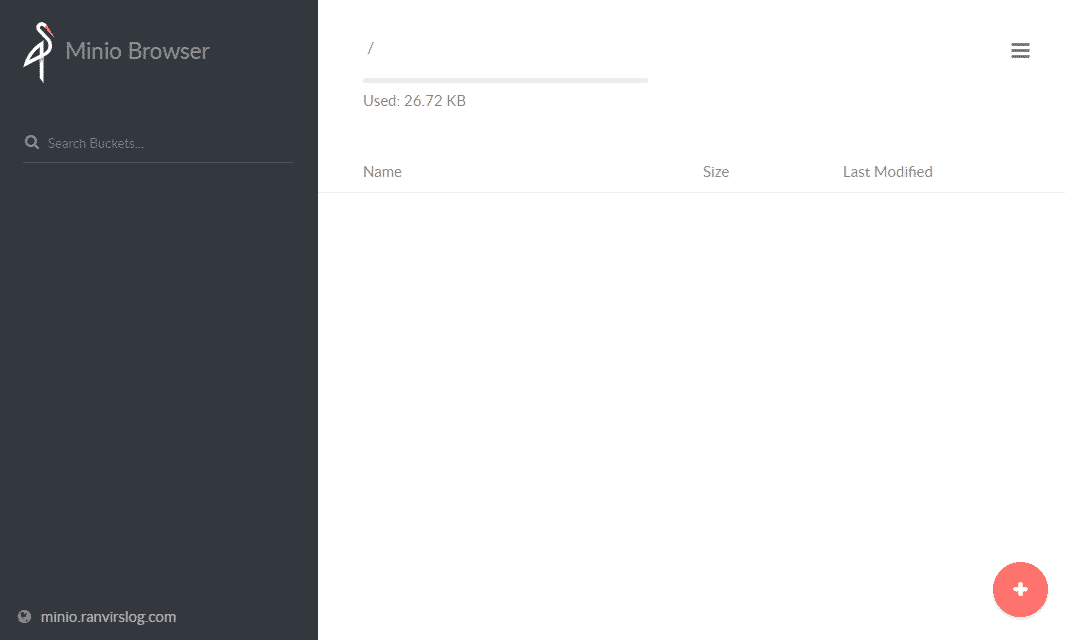 Here you can use the plus sign at the bottom left corner to upload files or create a new bucket. I created a new bucket called mybucket.

You can edit its policy to read and write and then upload a few files (say images) into this bucket. Minio will create a unique URL for each object in a bucket. You can set policies for read and write per bucket as well as the expiration date on individual object’s URL.

That’s the basics of how you get started with an object store. The objects themselves are ideally not meant to be modified just read from or added to the buckets. You can integrate this into your application by following the official documentation.  It supports a wide range of programming languages ranging from Go, Python, JavaScript to .NET.