Theming is an interesting way to improve your user experience. Linux is a highly customizable system. With the right tools and knowledge, almost all parts of Linux are customizable. Interested in spicing up your Linux experience? Tons of themes are available online for you to try out a new look.

This article will show you how to install the Materia theme on Ubuntu.

Materia is a popular Material-style GTK theme. Any desktop environment that can use GTK as the theming engine can apply this theme without issue.

In this article, you will learn how to install the Materia theme on Ubuntu with the default GNOME desktop. This same method is also applicable to other desktop environments based on GTK.

Before proceeding to install the theme, make sure that your system has all the prerequisites. Without these packages, the Materia theme will not work.

Fire up a terminal and run the following commands.

Materia is a popular Ubuntu theme, which is why this theme is now directly available from the package server. The package name for the theme is “materia-gtk-theme.”

Run the following command to install the Materia theme:

Using flatpack is an interesting method for installing GTK theme. Flatpak is a universal Linux package that you can install and use on any Linux distro, given that the flatpak package manager is supported. Ubuntu is one of the most popular distros that also supports flatpak.

Fire up the terminal and run the following commands.

The next step will help you manage flatpak packages without using the command line. Note that flatpak is a plugin for the GNOME desktop environment.

Add the Flathub repository. Flathub is the official app store for flatpak. Flatpak will ask for root permission to perform the action.

It is also possible to install Materia by directly grabbing the theme from GitHub. This is not a recommended method, as if there is an update, you will have to manually download the repo and re-install. Moreover, uninstalling is a bit of a hassle, as no package manager can handle such an installation.

Install the necessary tools and dependencies, first. We will need git and sassc to install the theme.

If you followed the above method to install the Materia theme, here is how you uninstall the theme from your system. Run the following command in the terminal to delete all the theme-associated files and directories.

Now that the Materia theme is installed, it is time to check it out! From the “Activities” tab, search for “tweaks,” then launch the GNOME Tweaks tool.

Select the desired Materia theme that you wish to apply. The changes will be visible system-wide. Note that Materia comes in six different styles.

Here are two examples of how Materia (dark) looks like. 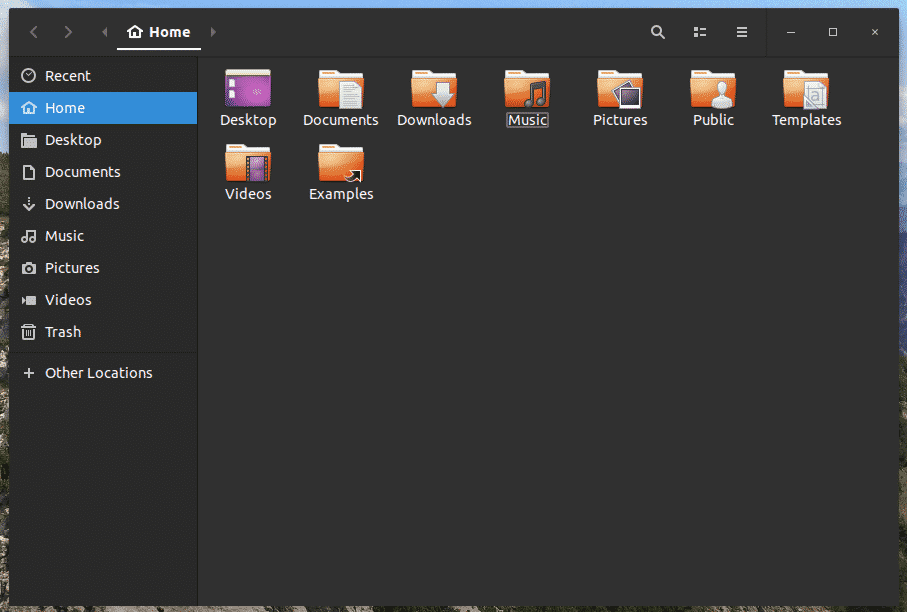 Materia is an interesting GTK theme to make your system look better. However, Materia is not the only GTK theme you can enjoy. There are plenty more out there that you should try out. Some examples include Adapta, Arc, Numix, Vimix, and many more!