Microsoft has started a partnership with Canonical, and it is a parent company of Ubuntu. This partnership opened the door for Linux users because it allows anyone to use Linux on Windows. The CEO of Microsoft officially announced that now anyone can install and use the Linux Bash Shell on Windows 10. Many of you still don’t believe that, so in this article, we will give you information on installing and using the Linux Bash Shell on Windows 10.

Why You Should Use the Linux Bash Shell

As we know, the operating system of Windows already has a PowerShell, which is a scripting language and command shell. PowerShell helps the system administrators do different administration tasks, and it was created from the.NET framework for overcoming the command prompt’s shortcomings.

Now you think that PowerShell is already present in Windows, what is the need for Bash Shell in Windows? Bash and PowerShell are differently designed for different tasks. Bash shell is integrated into the Windows operating system and removes the extra steps you needed to follow for using the same programming languages on your Windows.

What Is Bash Shell?

“Bash” is an abbreviation of ”Bourne-Again Shell,” which is the pun on Stephen Bourne (Direct ancestor’s author for current UNIX shell ”sh”). Bash is a command language or Shell, and it is used for different types of GNU and Linux operating systems.

Bash is the free version of Bourne Shell, and it is distributed with the GNU and Linux operating system that also includes Ubuntu. In case you have used Ubuntu and worked on the terminal’s specific commands, you must have used Bash for this process. Bash is one of the most amazing command-line interpreters, so it is a default interactive shell in Linux’s different distributions.

The first step of the process requires you to enable the “Windows Subsystem for Linux” option on Windows from PowerShell. In case you want to use the GUI, then you have to search for the feature option to obtain the Windows feature list, so you can do it according to the image shown below: 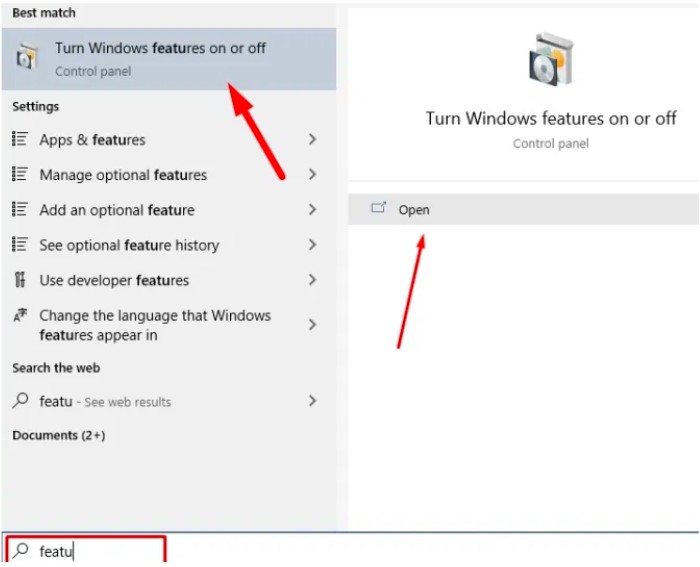 Next, open it to use all of the options, so check “Windows Subsystem for Linux” and “Virtual Machine Platform” and enable them by marking the box, then reboot your system for applying changes. 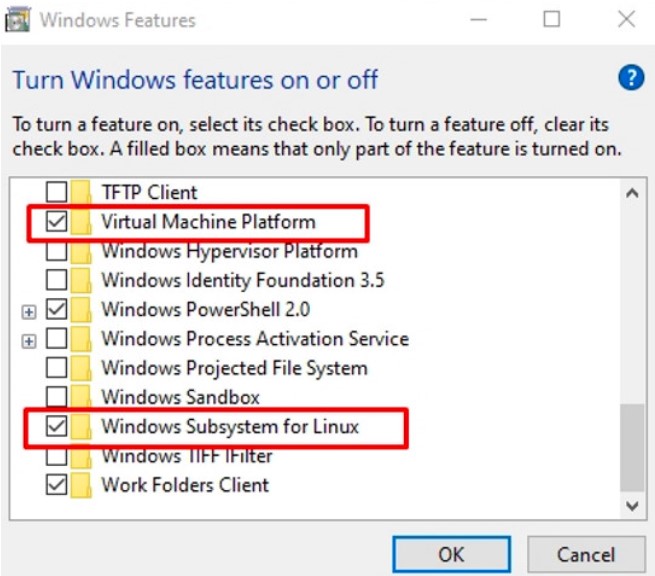 In case you are using the PowerShell, then you need to go in the Start menu, and type PowerShell in the search box, then run it as administrator by right-clicking on it: 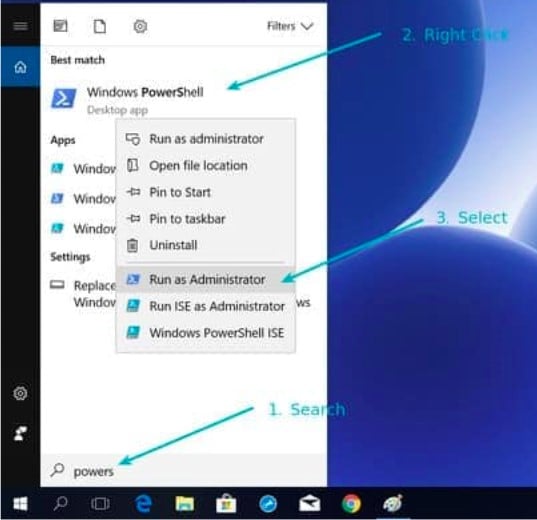 Once you open the PowerShell, use the below command to enable the Bash in Windows 10. (In this case, the system will ask about the confirmation, so type Y, or you can press Enter.

Now, you need to download the Linux system from the Windows Store and search “Linux” or “Ubuntu.” 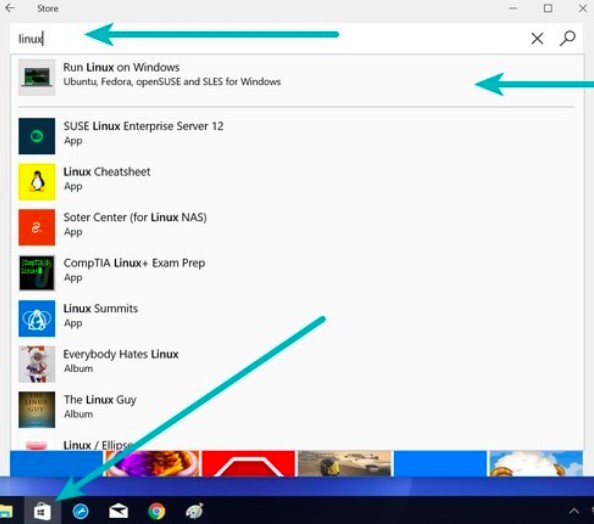 After searching, you will get the next screen by which you can install Ubuntu or SUSE. (In this case, Ubuntu is used for the further process). 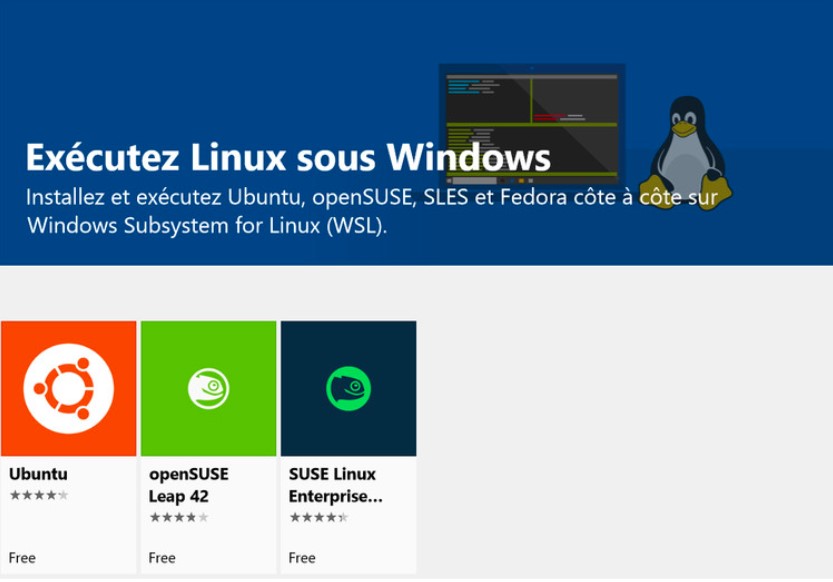 The difference between openSUSE or Ubuntu or SUSE Linux Enterprise is the different commands to install the new Linux subsystems’ new packages. It will take around 1GB or more than that to download the Ubuntu.

It is the last task to run Linux in Windows 10, so you need to search the Linux distribution you have installed, i.e., Ubuntu.

Now run it like a usual Windows application, and it will take some time to install then fill up a username and password.

At last, Linux will get installed in your system, so enjoy it.

That means you have received the “The WSL optional component is not enabled. Please enable it and try again.” error. It will tell you to press any key to continue, so it will automatically close when you press any key.

This error could occur because Windows Subsystem for Linux is not enabled properly. Hence you need to enable it as we explained in our article.

2. In case you get the “Installation failed with error 0x80070003” error, then you have to make sure that your Linux should be stored and installed in the C Drive of your system because Linux’sLinux’s Windows Subsystem only works on the C drive, which is the system drive.

First, go to the Settings>Storage> More Storage Settings and change the location of newly downloaded content.

Upgrade WSL1 to WSL 2 or Windows Subsystem for Linux 2

In case your system is enrolled in the Insider program of Windows or your system is updated to 18917 or above, it is easy for you to update WSL 1 to WSL 2.

Before upgrading WSL1 to WSL 2, you have to enable a Windows feature, so open it and scroll down in the option and then enable the “Virtual Machine Platform” feature. Now, reboot your system to apply changes. 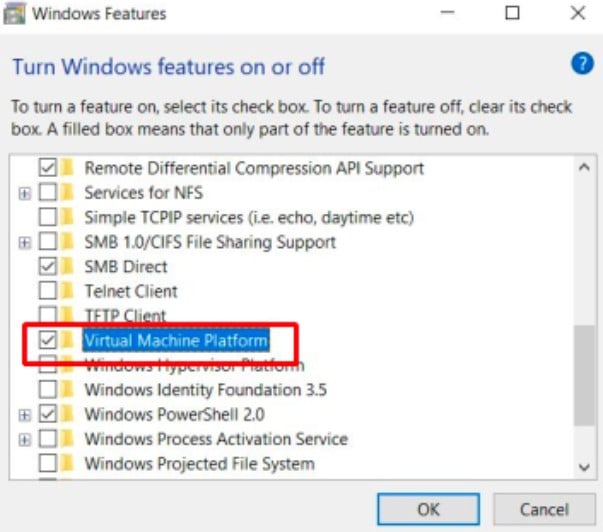 Then open the PowerShell, and you have to run it as an administrator, then execute the command given below.

Remember, you need to replace with installed distribution names like Ubuntu, Debian, or Kali Linux. After this process, your system will turn the WSL1 to WSL 2, and it will take almost 5 to 10 minutes.

At last, enter the command given below for checking the version of WSL (the Windows Subsystem for Linux) on your system. If it shows WSL version 2, that means your WSL is now upgraded.