Java is a general-purpose and free-to-use programming language utilized for creating distributed and localized applications. This programming language is also used to develop computer, video, and mobile games. It assists in creating modern games that incorporate complex technology such as virtual reality and machine learning.

More specifically, “JDK” or “Java Development Kit” is a core component of Java that offers a software development environment for building Java applications. A private JVM or Java Virtual machine and some other resources are included in JDK, which plays their role in application development.

For the installation of JDK 14 on Ubuntu 22.04, you must follow the below-given step-by-step instructions.

Press “CTRL+ALT+T” to open the terminal of the Ubuntu 22.04 and run the below-given command to update system repositories:

After updating the system packages, utilize the following “curl” command to download the JDK 14 archive file: 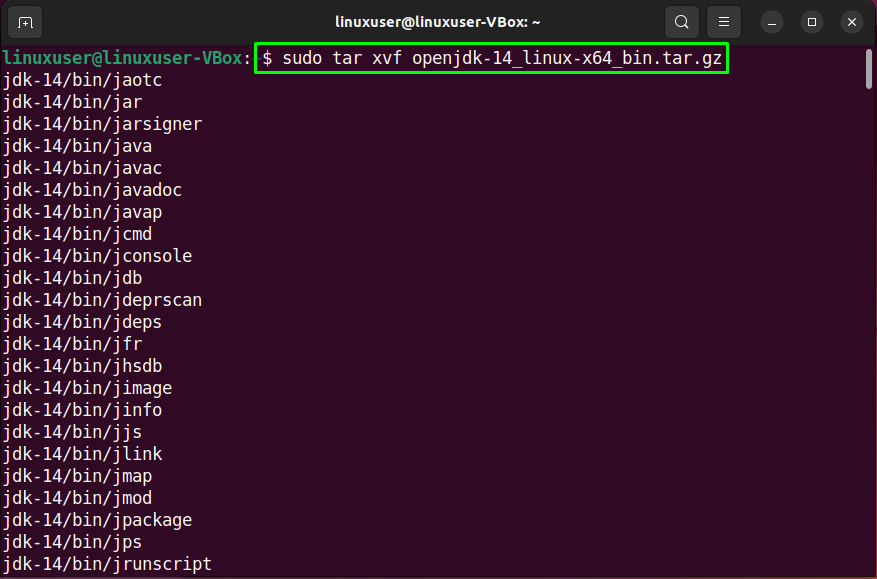 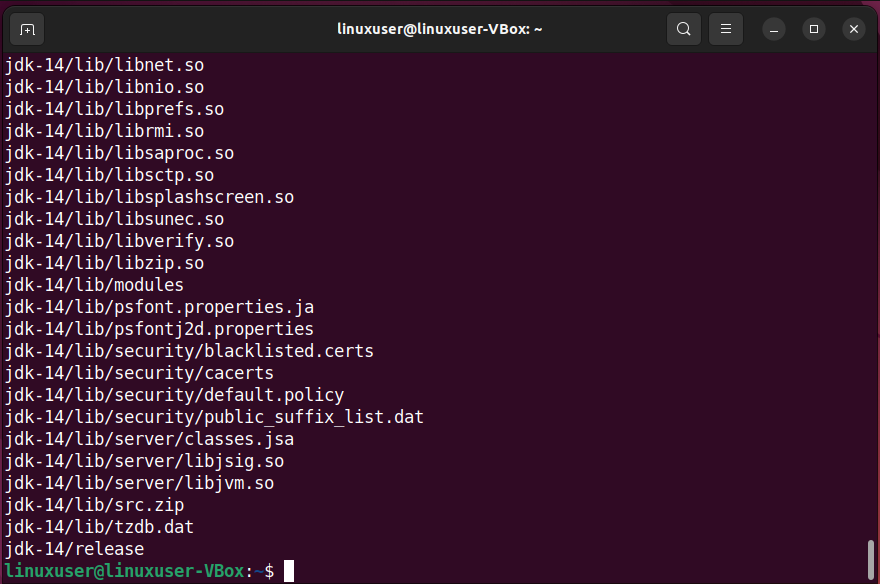 It’s time to configure the Java environment on your Ubuntu 22.04. To do so, firstly, move the extracted JDK 14 folder to the “/opt” directory:

Then, execute the following “tee” command:

Type given statements to add the variable path for JDK 14 on your Ubuntu 22.04 system:

Now, write out the “source” command to execute the profile file “jdk14.sh”:

Lastly, verify the existence of JDK 14 on Ubuntu 22.04 by either checking the Java variable path:

Or by validating the version of the installed JDK on your system:

The below-given output signifies that we have successfully installed JDK 14 on our Ubuntu 22.04:

We have provided the simplest method to install JDK 14 on Ubuntu 22.04. Give it a try and step into the world of application development.