Firejail is an SUID (Set User ID) program provided by linux which can be used to minimize the security issues of your system while running untrusted applications in a limited environment. Firejail uses the concept of sandbox to minimize security issues. In this blog we will see how to install and use Firejail in ubuntu.

Before using Firejail, we have to install it on our system using apt-get command. So run the following command in the Terminal to install Firejail

After installing Firejail, you can check whether it is installed on your system or not by running following command in the terminal

If this command gives the version of Firejail, then it has been installed. 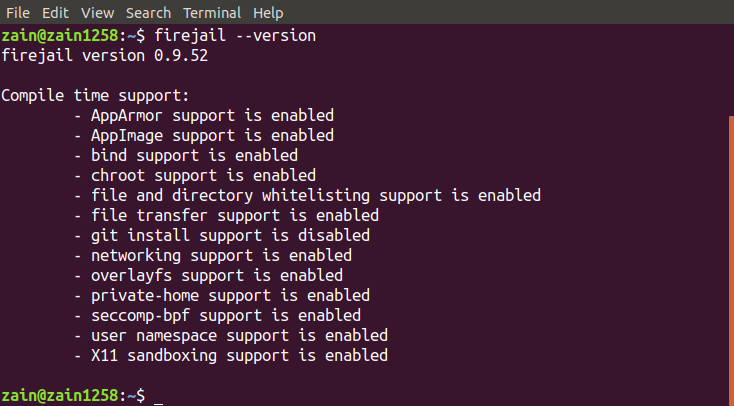 So far we have installed Firejail in our system, now we move onto how we can use it to run untrusted applications in a secured environment. We can run desktop applications by typing the following command in the terminal

So if we want to run an application from desktop manager icons in a limited environment what do we have to do?

After running above command, logout and log back in 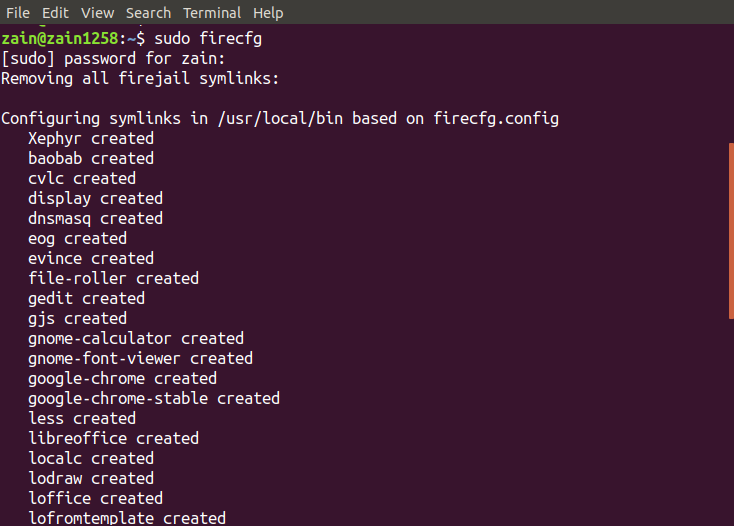 When you run the above command, it will configure some symlinks on your system as shown in the figure.

Now when you run any application from desktop icons or from terminal without using firejail command before it, it will automatically run in the limited environment.

In case a sandbox is not responding, you can shut it down from the terminal window by just typing a command. First of all run the firejail command with –list option to list all the sandboxes

After listing all the sandbox, note the PID of the sandbox to be shutdown and run the following command

When you run the above command, it will shutdown the sandbox specified by PID

We can also use Firejail in private mode. Private mode is used to hide all the files in your home directory from sandboxed programs. We can enable private mode by typing following command in the terminal window

It will run the application in private mode. Firejail uses a temporary filesystem mounted on the home directory and any file which is created in this directory will be deleted when you close the sandbox. We can also use another directory for sandbox by running the following command

It will set the “my_dir” directory as the home directory of firejail.

Following are the steps to build a user defined profile. First of all move to the home directory and create “.config/firejail” directory in home directory. After creating directory move into this directory

The name of the “app” file must be the same as that of application, with .profile extension. For example if you want to build a custom profile for firefox then the name of the file must be “firefox.profile”. Now open this file to modify by running the following command

To specify Downloads directory as read only, add the following line in this file

Now your profile is ready to use. Type the following command in the terminal to run the untrusted application in limited environment

Now your application can not use any kind of data from Documents directory and can not modify data in Downloads directory.

Firejail also provides a user interface to use it more easily. All you have to do is to download the package and install it in your system. Following  is the link to download the GUI tool for Firejail

Goto the link above and select the appropriate package that suits your system and install it.

Firejail is a very powerful tool to run untrusted applications securely on your system. In this blog all the steps to use this tool have been explained. First of all, installing Firejail has been discussed, then how to use it using a terminal in ubuntu has been explained. At the end, creating your own custom profiles in Firejail has been discussed in detail. After reading this blog, it will be much easier for you to use Firejail.