You can enable the official universe package repository on Ubuntu with the following command:

The official universe package repository should be enabled. In my case, it’s already enabled. 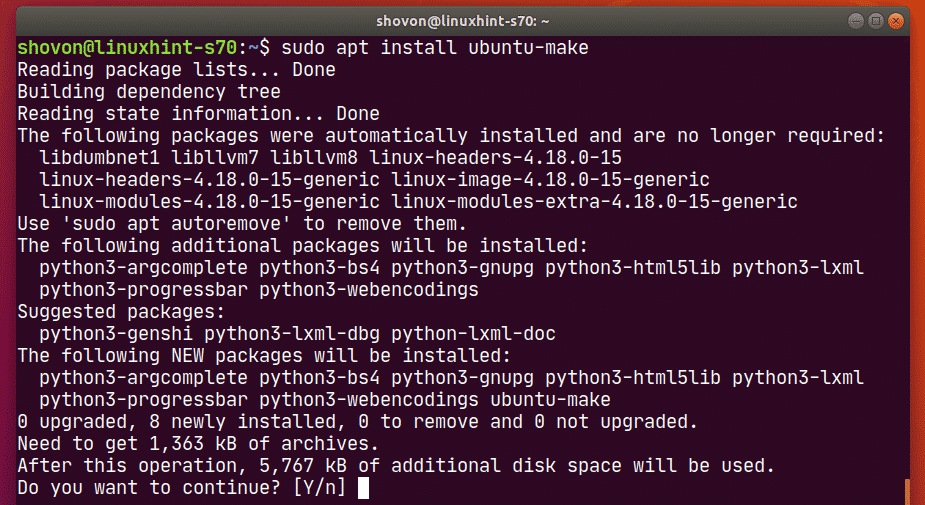 Ubuntu Make should be installed. 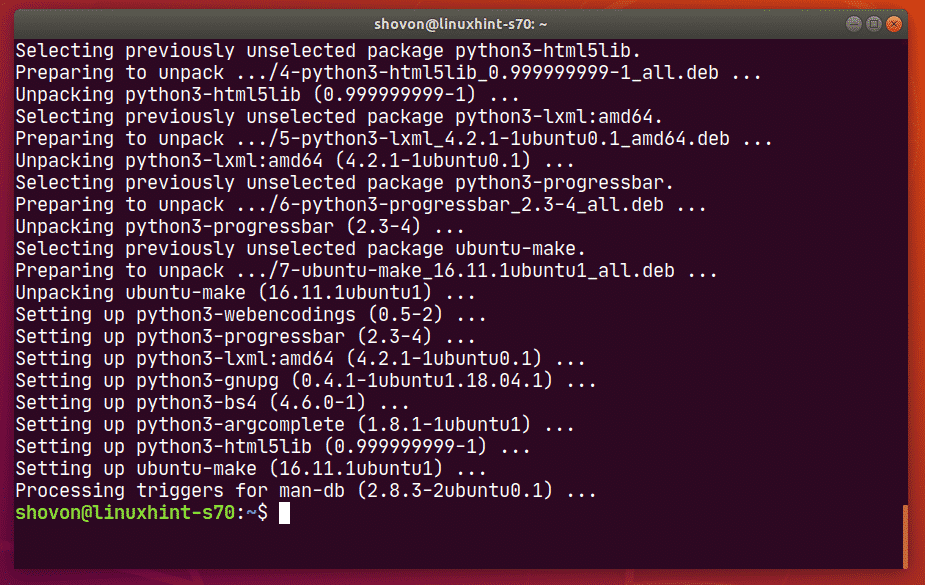 To confirm that Ubuntu Make is working correctly, run the following command:

As you can see, Ubuntu Make is working correctly.

In order to find out the supported groups and developer tool or IDE package name that you want to install, run the following command:

umake will print a lot of stuff on the console. But scroll up top and you should be able to find the groups as marked in the screenshot below. 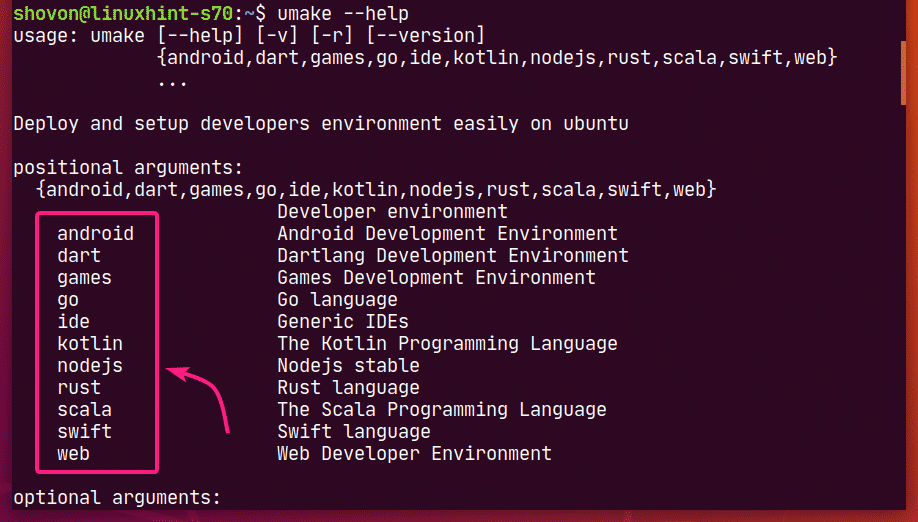 Each of the groups has its own set of softwares.

If you scroll down a little bit on the umake output, you should be able to find what softwares are available in your desired group.

For example, in the ide group, the following softwares are available. 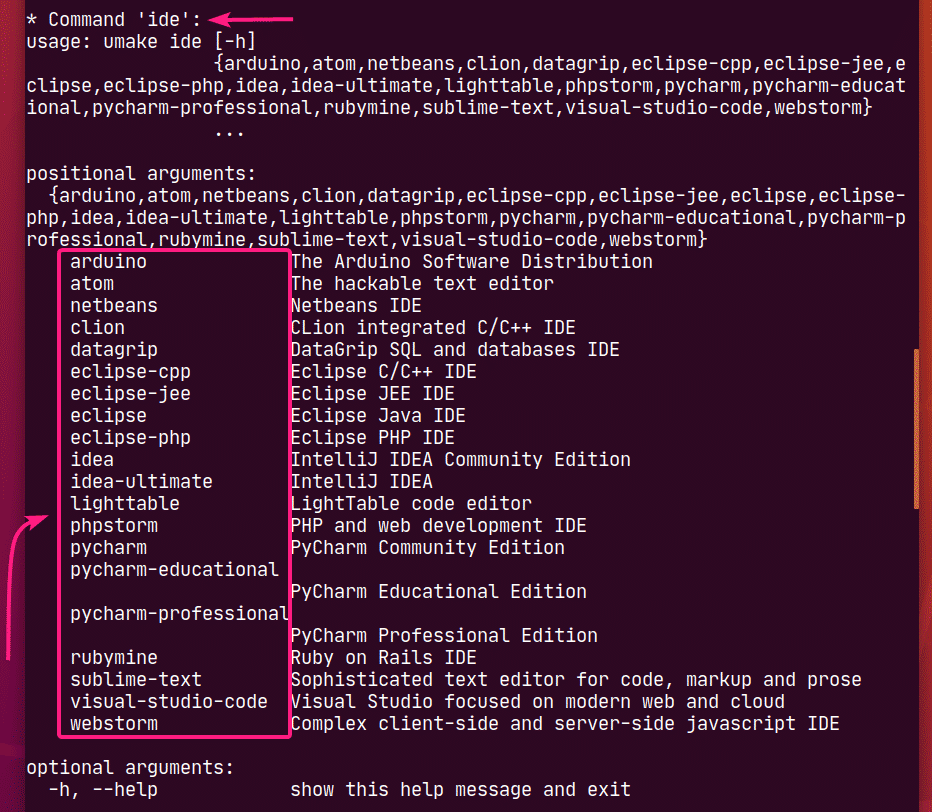 If searching through the long output is hard for you, you can also search for available software programs in your desired group as follows:

For example, let’s say, you want to see what softwares are available in the web group. To do that, run the following command:

At the time of this writing, the available softwares in the web group are: firefox-dev and visual-studio-code as you can see in the screenshot below.

Now that you know how to find the group name and package name of the developer tool or IDE that you want to install, it’s time to install it on your Ubuntu machine using Ubuntu Make.

To install pycharm from the ide group using Ubuntu Make, run the umake command as follows:

You will be asked for your login password. Type it in and press <Enter>.

Ubuntu Make will ask you for an installation path. You may leave the default and press <Enter>.

Ubuntu Make will start downloading and installing all the PyCharm dependencies and PyCharm.

At this point, PyCharm should be installed.

Once PyCharm is installed, you can start it from the Application Menu of Ubuntu.

As you can see, Ubuntu Make installed the latest version of PyCharm Community IDE (which is 2019.3 at the time of this writing). 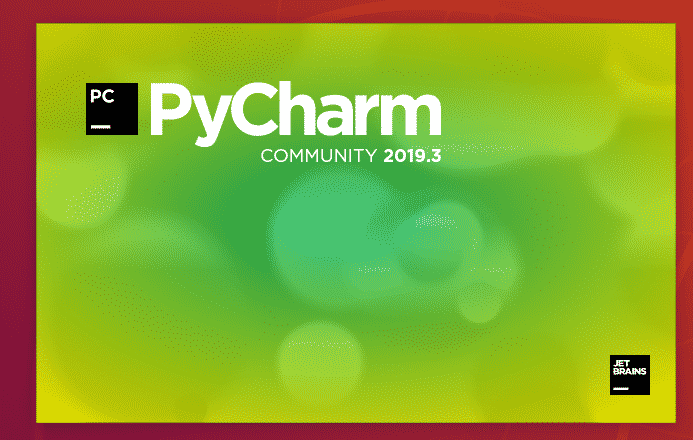 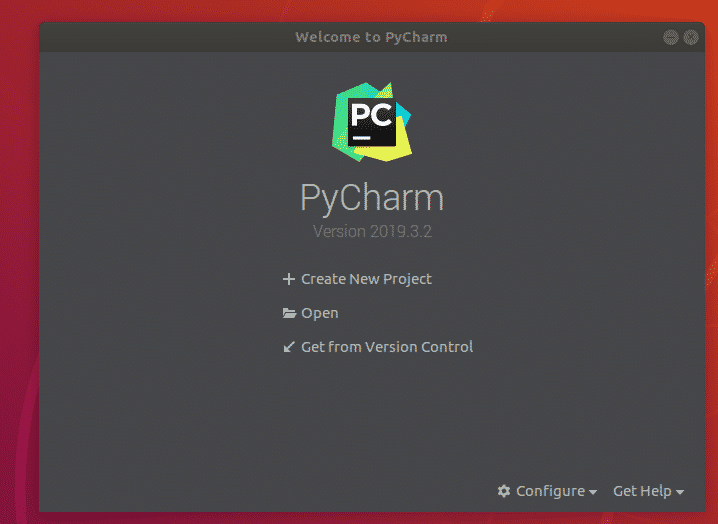 If you’ve installed any developer tool or IDE using Ubuntu Make, you can easily remove it as well.

For example, to remove PyCharm Community IDE which we installed earlier, run umake with the -r flag as follows:

PyCharm Community IDE should be removed.

First, remove the installed developer tool or IDE that you want to update as follows:

Then, install the developer tool or IDE again with Ubuntu Make as follows:

So, that’s how you use Ubuntu Make to install the latest developer tools and IDEs on Ubuntu. Thanks for reading this article.