Linux distributions have been gaining massive popularity over the years, becoming more and more suited for daily tasks. Improvements in design and GUI and embedded compatibility with a wide variety of apps have made Linux suitable for casual users.

The gameplay follows standard Search-and-Destroy rules. The Terrorists are tasked with perpetrating acts of terror such as bombing and taking hostages(depending on game mode), whereas the Counterterrorist try to stop the terrorists, either by defusing the bomb, rescuing hostages or by eliminating all terrorists.

The main series include CS 1.6, CS Condition Zero, CS: Source, CS: Global Offensive. There are also some spin-offs series. These include Neo, Online Series, and Nexon: Zombies.
If you believe this game suits your taste and wish to install it, keep reading. It should be noted that we’re installing CS 1.6 in this guide; however, the method shouldn’t be any different for other games in the Counter-Strike series.

To install Counter-Strike on your system, follow these steps:

The package can be downloaded from any third-party game website.

Wine Windows Program Loader enables Linux users to run software and games in a Windows-like emulator instead of the traditional method of installation with the help of the Terminal. Below you can find both methods:

Once you’re finished installing Wine on your system, you can proceed to install CS 1.6. 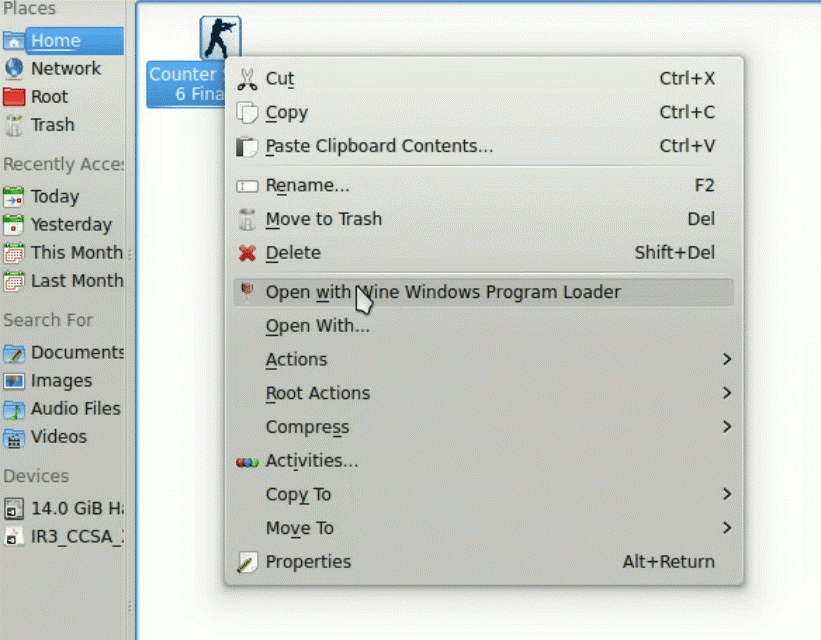 Step 4: Navigating through the Installation Wizard

For anyone who has used a Windows environment, navigating through the Installation Wizard should be a breeze. Follow these steps to ensure a flawless installation: 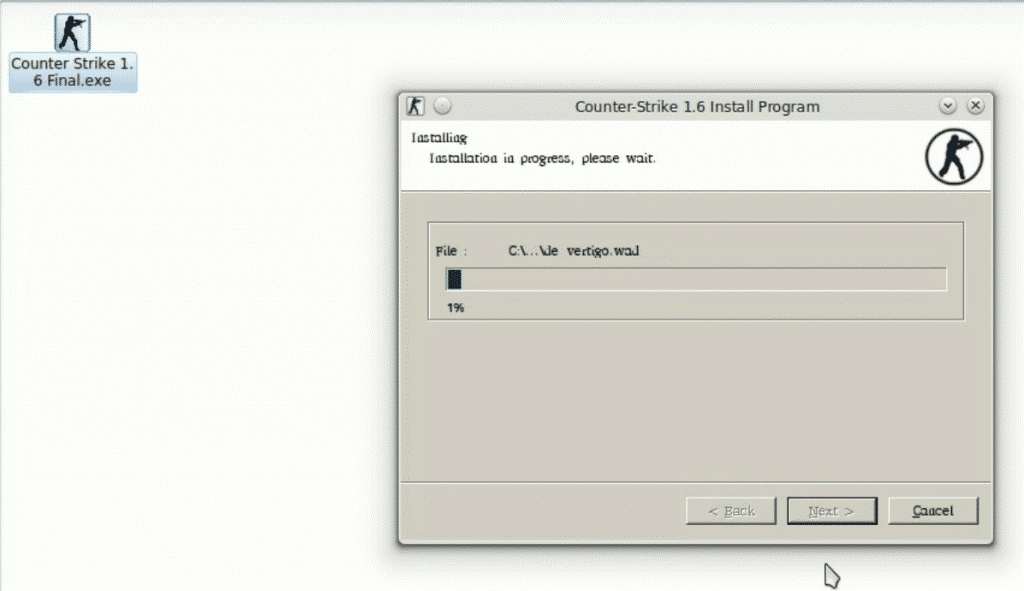 Now that you have successfully installed the game, all you need to do is open the game and do a few adjustments as stated below:

You have to open hl.exe because CS was initially designed as a mod for Half-Life. Valve launched it for Microsoft Windows in 2000, and from there, the CS franchise picked its pace.

If you followed the steps correctly, then congratulations! The process is now complete, and you can enjoy playing one of the most iconic PC tactical shooters on your Ubuntu-based OS.

An alternative method of installing CS on your system makes use of Steam. Ubuntu offers adequate compatibility for major gaming titles that are available on Steam, so there’s no need for third-party apps like Wine.

The CS series is available for purchase on Steam. The latest game, i.e., Counter-Strike: Global Offensive, is free-to-play as of December 6, 2018.

Follow these steps to install CS USING Steam. We’ll be installing CS:GO as it is the latest installment in the franchise with the largest player base amongst all.

Start by ensuring that Steam is installed on your system; you can do so by typing the following command in the Command Terminal:

Once the installation is finished, launch Steam, and navigate to the Store. You should see a window, as shown in the image below. 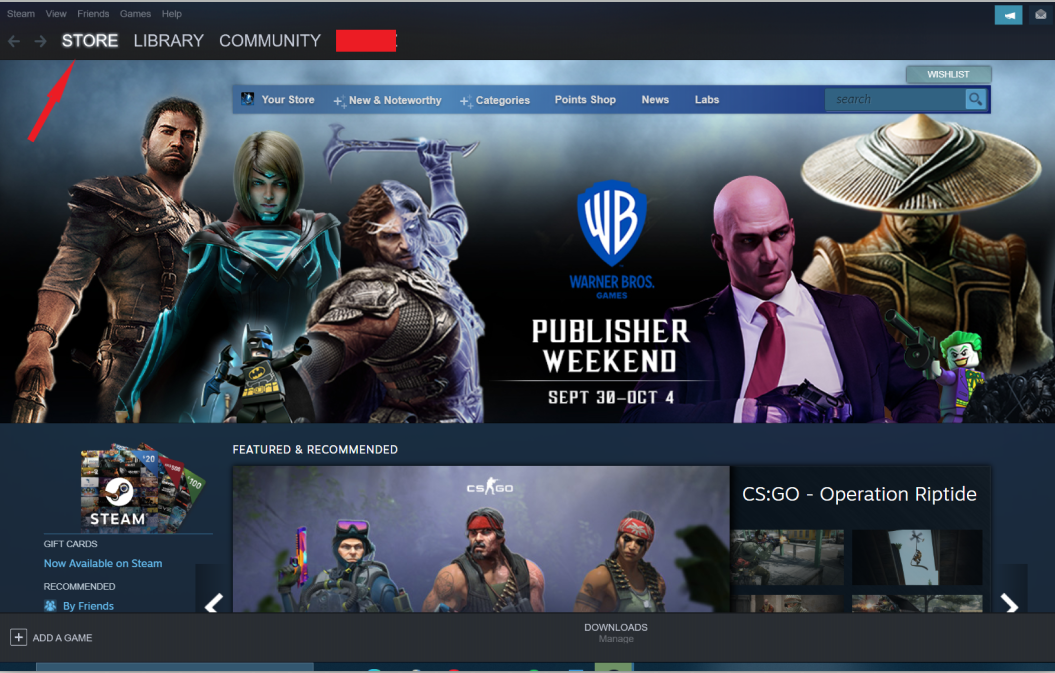 Type “Counter-Strike: Global Offensive” in the search bar and click on the first result. 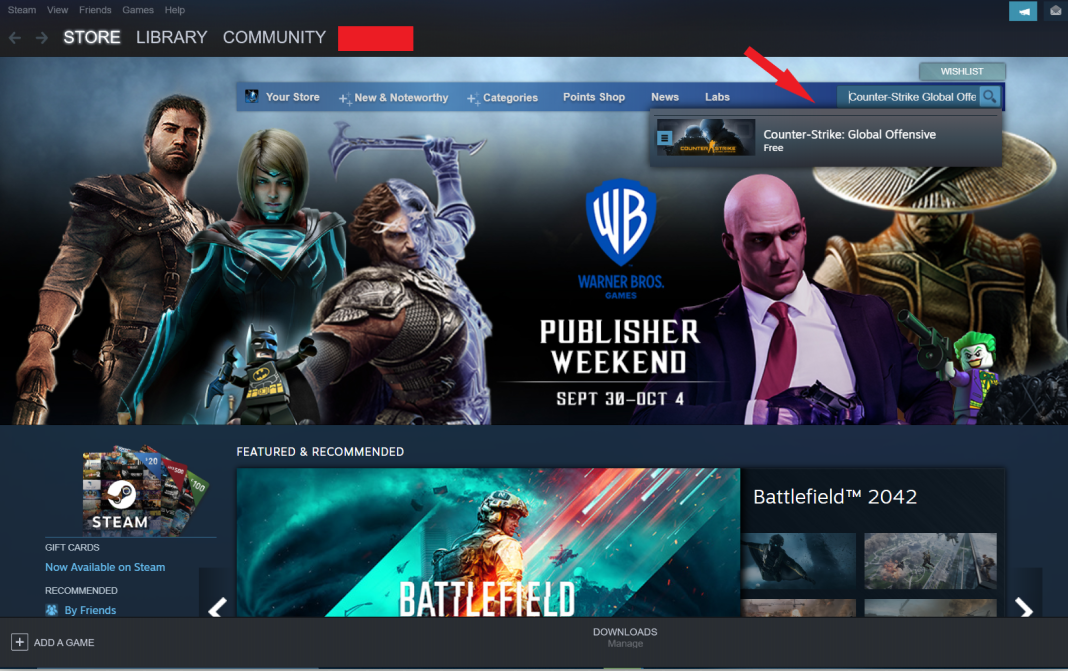 Next, scroll down the CS:GO page. You should see Play Counter-Strike: Global Offensive. Click on Play Game. This will open an installation window. Click on Next to begin the download and installation. 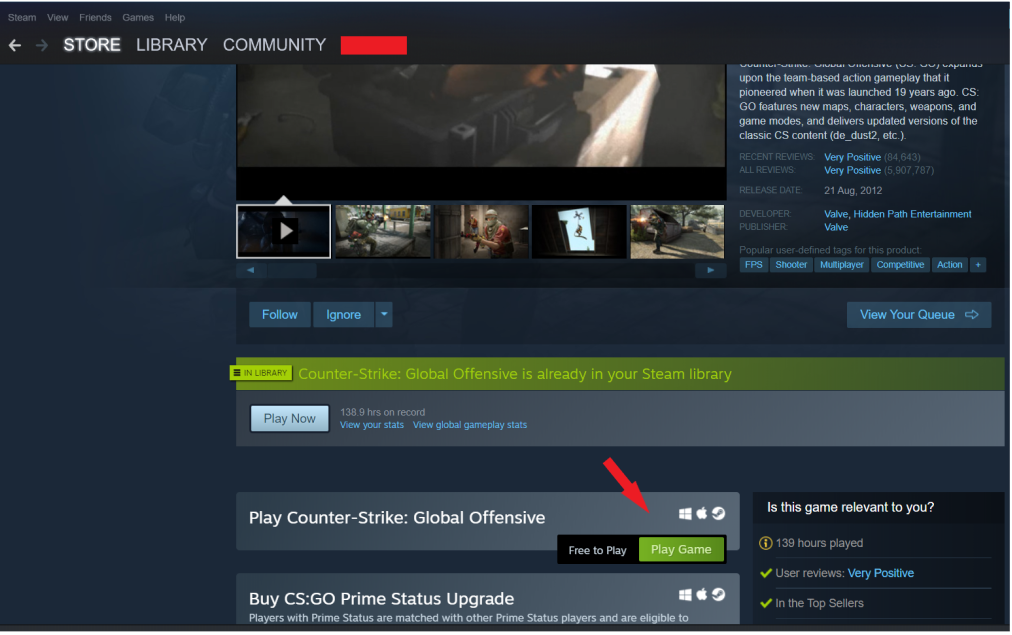 Once the installation is complete, the game should be up and ready to play. 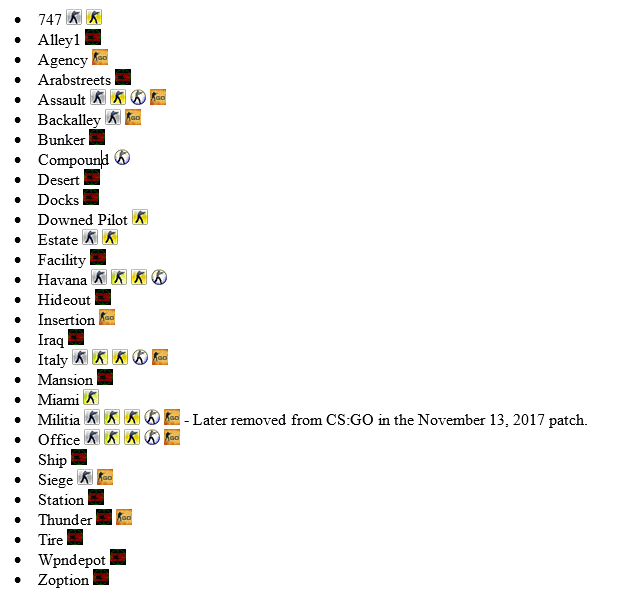 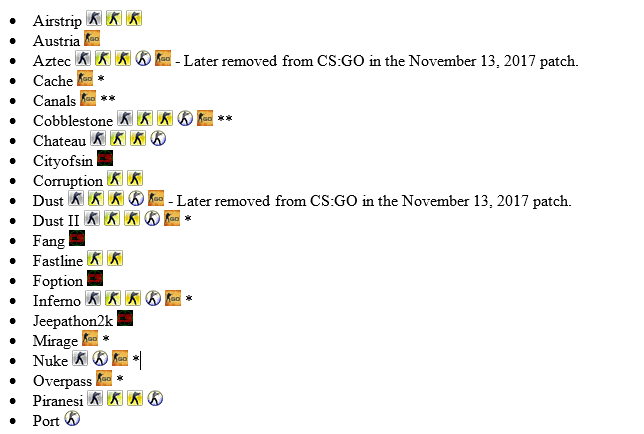 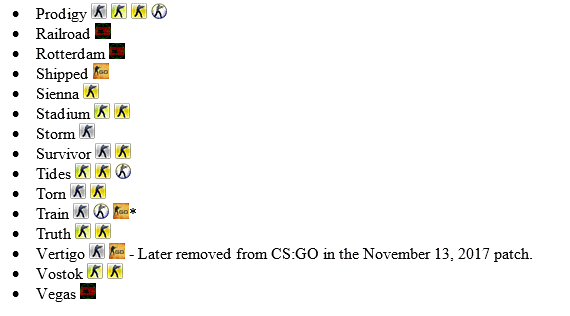 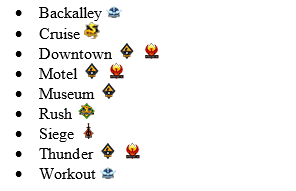 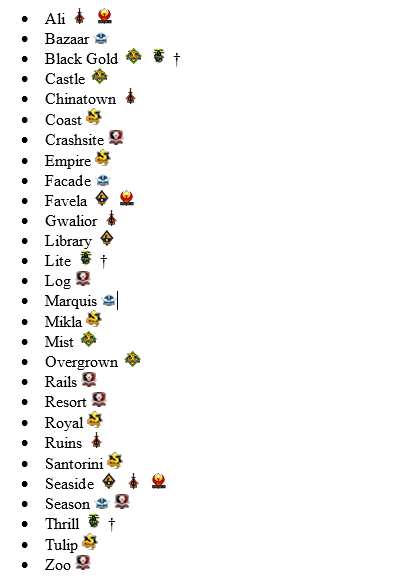 Note: Most of these maps consist of officially-made maps that had only appeared in Operations.

We hope this guide helped you learn how to install Counter-Strike on Ubuntu. We covered the general method of installation that makes use of Wine and an alternative that utilizes the Steam store. With this, we hope that you don’t face any issues with playing this gem of a tactical shooter on your Ubuntu system.