In this article, we will show you how to install Borderlands on Ubuntu Linux. 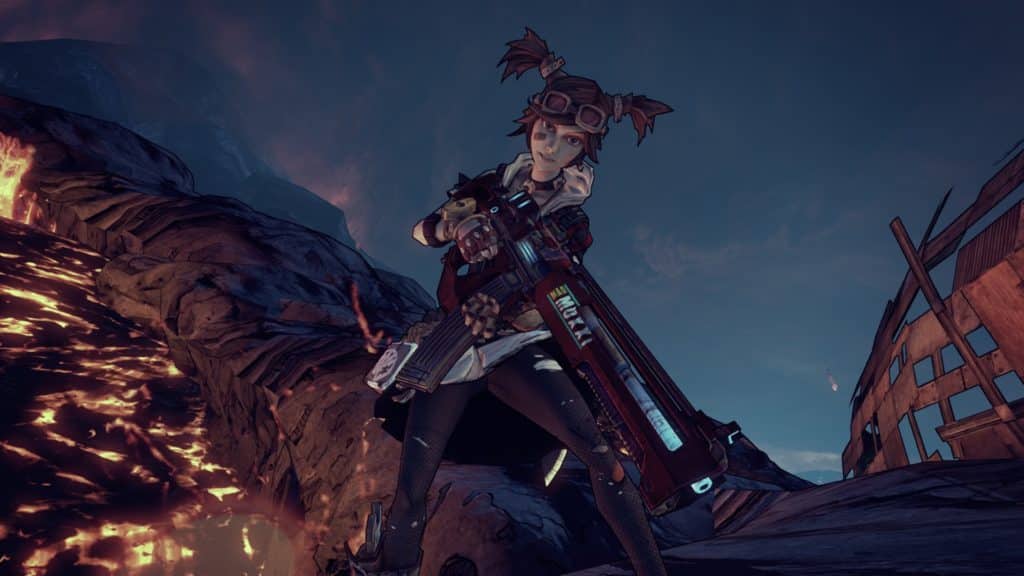 The series has its share of commercial success and critical acclaim for its multiplayer loot-driven gameplay and the sense of humor in the game. More than 72 million copies of the series have been reported to be shipped as of August 2019 out of which 45 million are of Borderlands, 22 million are from Borderlands 2 and 5 million include Borderlands 3 which were sold out within five days of the release, making a total revenue of more than one billion US dollars. This makes Borderlands series one of the best selling video games of all time. This popularity also led to the production of a film by Lionsgate which is an adaptation of the game series.

A Look Into The Story of Borderlands

Borderlands initially takes place on a planet named Pandora which is known for its rich mineral wealth, so it leads many big corporations to explore that place in order to capitalize it. For this purpose, colony spaceships are sent there but once they arrive, they discover that already native unforeseen creatures are living there which belong to an alien race called Eridians. Different other lifeforms make the planet a dangerous place to survive on. This concerning situation leads the corporations to abandon the planet, leaving their employees, workforce, and former prisoners on the planet. These people start living there as bandits and raiders.

Later on, they discover a study of the alien artifacts which includes the discovery of some mythical vaults filled with a huge amount of wealth and mysterious treasures. This news leads the military forces and corporations to return to the planet, this time with skilled vault hunters who are trained to find the vaults themselves. In Borderlands: The Pre-sequel, the plot is expanded to include the moon of Pandora too. Furthermore, in Borderlands 3, along with Pandora, the game also covers different planets like Nekrotafeyo, Athenas, Promethea, and Eden-6.

So the game consists of four different playable characters which the users can choose to play from. The first character is Brick who acts as the berserker in the game, so his physique is large and he is a very powerful man. The second character of the game is a woman named Lilith, who has powerful alien capabilities operating as a Siren in the series. Third one is Mordecai, a talented marksman accompanied by an avian guy named Bloodwing. Mordecai acts as a hunter in the game. The fourth character is a former member of the Crimson lance; he is a soldier named Roland.

All these four characters belong to different professions so each of them has different weaponry in which they are specialized and different types of skill they possess. The triggers are also different for all of them. Brick’s health can regenerate in a very short period of time and can enter a rage state for increased melee strength. Lilith possesses the ability to become invisible in front of her enemies by moving much faster than them and giving shock blasts. Mordecai’s companion bloodwig can act as a second hand in attacking enemies and Roland can use an automatic turret to provide a cover and take over the enemies.

Now, after listening to this brief intro of the game, if you want to play it, you have to follow the recommended order so that you can understand the story and plot easily.

Installation of Borderlands on Ubuntu

The following tutorial is done on Ubuntu 12.04 version, but it works for other operating systems too. You just have to change the commands according to the version you’re using.

First of all, to download the game on Ubuntu, you need the latest version of Wine. This is a software for Linux users to provide them with ease of running windows software.

Normally, Wine is in the repository of the distributions, but it isn’t in the stable form. To get the stable version of Wine, you need to run the following commands on ubuntu terminal:

After these commands, Wine will be installed. Now search ‘Wine’ in Ubuntu dash and click the option of Configure Wine. If you don’t find Wine in the search results, then run the following command on the terminal: 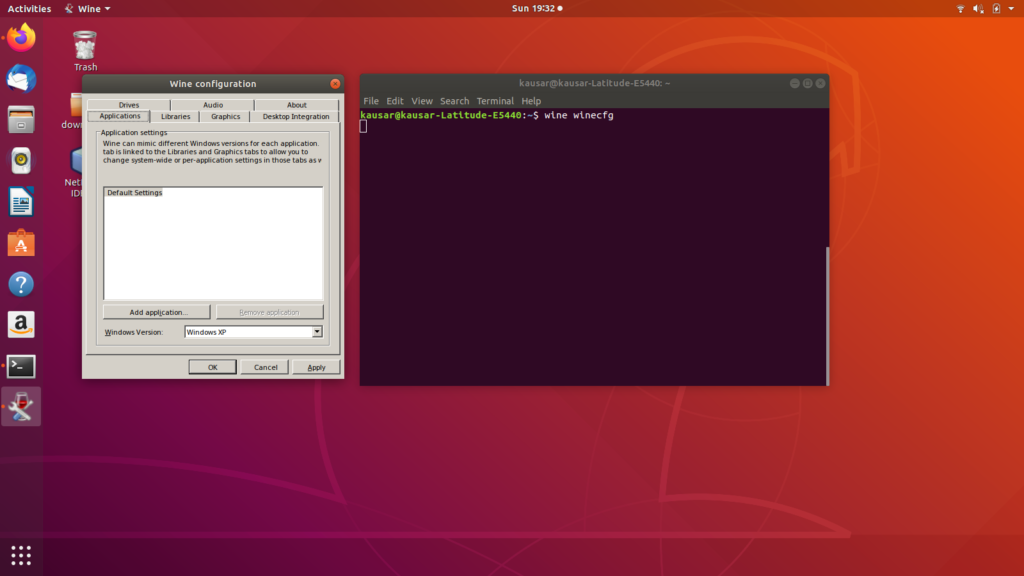 A window will pop up. Here, click on Windows XP to be the OS, then move ahead to the graphics tab and check the “Allow the Window Manager to decorate the windows,” on “Allow the window manager to control the windows,” and “Emulate a Virtual Desktop” (resolution of 1280*1024 is preferred, but you can adjust it according to the size of your screen). 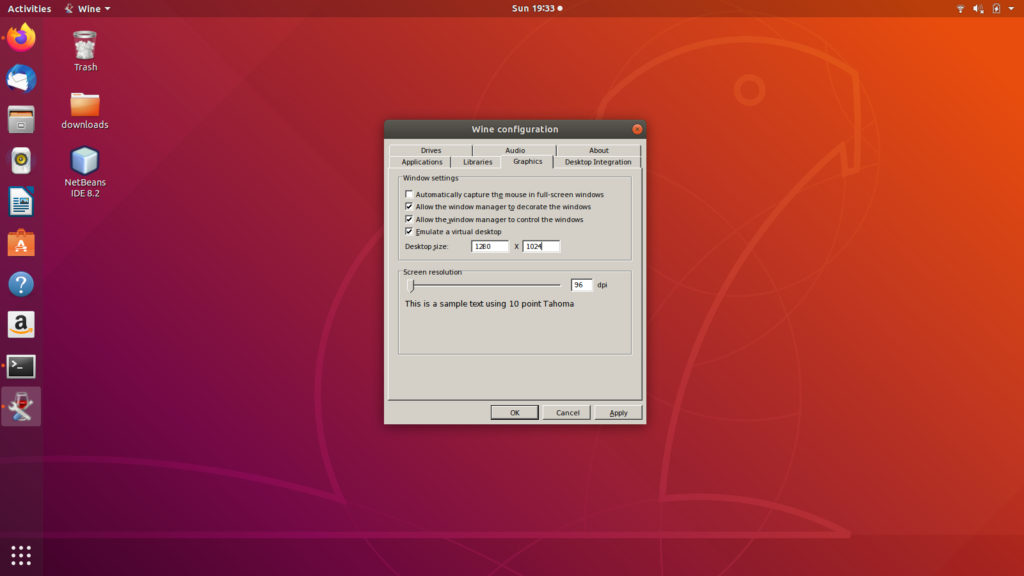 Borderlands game series requires Steam to work, so now you’ve to install Steam. For that, first download the package and install it. The following command is used if you want to download from the terminal: 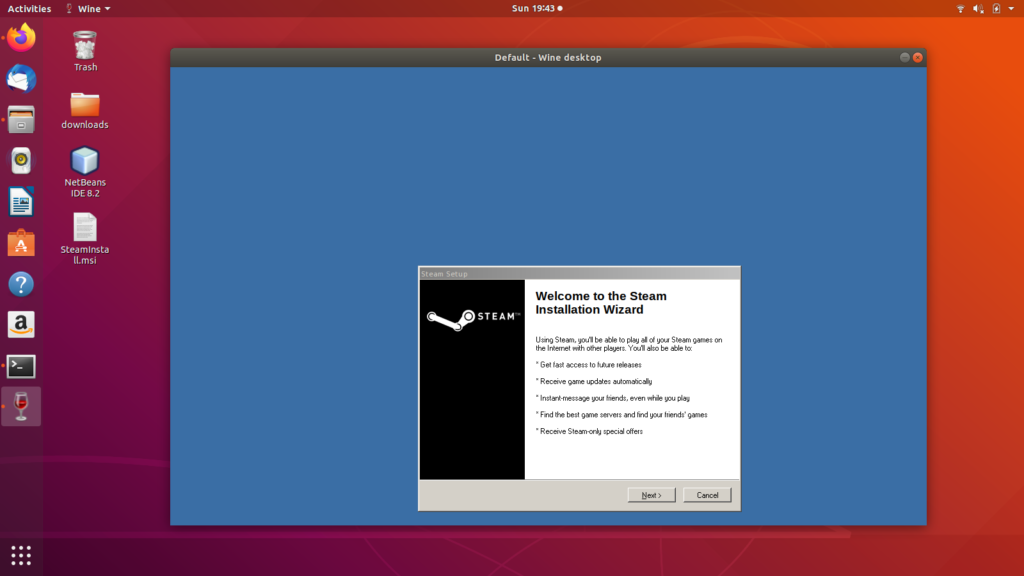 After Steam is installed, log in to the app and install the game i.e: Borderlands. Then right-click on Borderlands and select properties followed by Set Launch Options. Add -NoLauncher into the field and click OK.

Now go to the home directory click CTRL, click Wine, followed by drive_c, and Program Files. Proceed to the Borderlands folder, which is commonly found through this path: Steam\steamapps\common\Borderlands \Binaries\Win32.

Now open the folder and create steam_appid.txt file and write the number 49520 in it. Then open the terminal, navigate to the same folder, and write the following command (make sure that Steam is still running):

The reason to start the game from the terminal is that if the game gets corrupted or crashes in the middle it would be easier to close the application by closing the terminal. Running this, the game will download a few prerequisites after which the game will successfully run, and you can enjoy it!